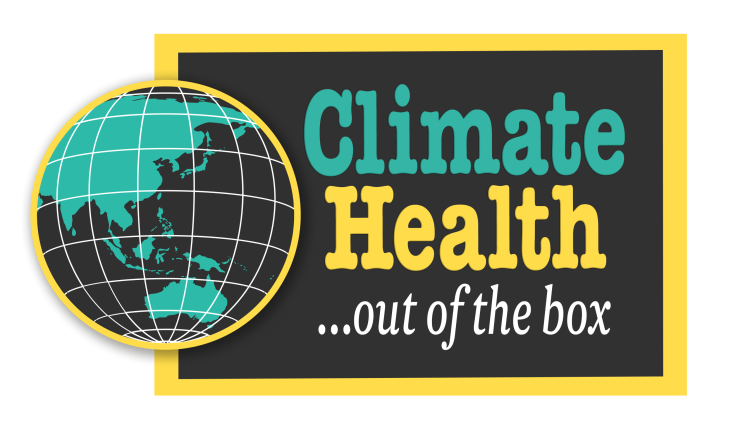 From the Emergency Department: climate conversations of anger and despair, as well as hope and optimism

In his latest Out of the Box column, emergency medicine specialist Dr Simon Judkins shares some conversations with young people that underscore the importance of strong climate action for their mental health and wellbeing.

Sam is 16. We are discussing climate change and the stress and anxiety this brings to adolescents and young adults.

Sam is not one person. Sam is a mash-up of young people I’ve seen in the ED over the last two years. They are depressed, angry, frustrated, scared, and scarred. I meet them in the ED when they’ve needed mental health support and care.

They are smart and informed. Some doing well at school, socially, with sport and in so many ways. Others have left school and are struggling to find their place and path. But they are increasingly impacted by what they see on the news, on social media and by the information they share with peers and connections.

They are very aware of the environment. The latest barrage of information regarding our changing, warming world has led them to a point where they are fearful of the future, watching the news about extreme heat events in Canada, the US and Siberia, the melting of glaciers in Europe, the destruction of the Amazon and the political debacle over our Great Barrier Reef.

They are angry that they are not being heard. Angry that our Federal Government dismisses climate change, the science and the health impacts, a laggard in the majority world view. They are angry they can’t vote, and that they will have to live with, or die because of, the inaction of governments on the greatest threat to human health.

I understand and accept their case. I am angry and frustrated. I fear for the world my kids will live in. We are letting down our children, their future. They recognise their rights to have a safe future and recognise our failings in trying, very badly,  to deliver on that goal.

A child in acute psychological distress has every right to expect for the full and harmonious development of their personality that they should grow up in a family environment, in an atmosphere of happiness, love and understanding, with a right to healthcare of the highest possible standard, and a right to leisure, art and play.

Instead, like so many other children and young people, their psychological distress reflects anxieties and stressors relating to root causes for which they are in no way responsible and largely unable to directly address.

In Australia, the leading causes of disease burden for young people relate to mental health – suicide and self-inflicted injuries for young men and anxiety disorders for young women.

And, without policy reforms, they face having to support an aging population with fewer working-age people, creating a generation gap where the hitherto fulfilled promise of generation-on-generation progress is reneged. Intergenerational injustice manifests in a myriad of social and economic policies that entrench disadvantage and widen inequality, all of which come at a cost to mental health and wellbeing.

COVID-19 has exacerbated these burdens and highlighted the pre-existing shortcomings of youth mental health services. International research supports the anecdotal experiences of local ED physicians who are experiencing an unprecedented volume of youth presentations with suicidal ideation and affecting younger age groups.

But there is the sense that this is just a taste of what is yet to come as we look towards a century beset by the health impacts of climate change.

Climate change has both direct and indirect effects on mental health. The increasing frequency and severity of natural disasters associated with climate change will directly increase community exposure to trauma and impacting our younger populations.

Considering the last two years of Black Summer bushfires rapidly followed by a global pandemic, which was interspersed by local disasters including heatwaves, floods and cyclones, many communities have not had sufficient opportunity to recover between traumatic events.

Many, I’m sure, are looking at the devastating news from the Northern hemisphere, with “heat domes”, wildfires and floods adding to the angst and fear.

Who would be looking forward to the summer of 2021 in Australia?  We used to associate summer with beaches and freedom; kids today will be looking to summer with a fear of devastating heat, bushfires, and drought.

During the prolonged smoke events of the Black Summer, Asthma Australia survey participants reported increased symptoms of anxiety and depression associated with prolonged smoke exposure, as well as an inability to participate in outdoor physical activity as a protective factor to manage mental health symptoms. Children and young people are among the many community groups at higher risk of negative health effects from air pollution.

To feel anxiety, depression, distress, grief, or solastagia in response to climate change is perhaps best described as a physiological response to pathological circumstances – existential anxiety that is well grounded in the reality of collapsing ecosystems and mass extinctions.

This is even more the case for young people who are more likely to have to live with the consequences of a climate crisis they did not create. Those least responsible are most affected by its consequences.

Inadequate action on climate change is just one of the ways that we are failing the next generation and will worsen the economic strains they already face.

In the face of the incredibly uncertain future, it is humbling that so many young Australians have chosen to re-empower themselves by taking action.

The School Strike 4 Climate movement, inspired by Greta Thunberg, has spread across the country and serves as a powerful opportunity for young people to collectively express their dissatisfaction with government inaction and creatively demand better. These actions are an opportunity for families to experience solidarity, model civic responsibility and a sense of contribution and control.

And through organisations such as Seed Mob, Australia’s first Indigenous youth­-led climate network, young Aboriginal and Torres Strait Islander people are fighting against fracking in the Northern Territory and building a movement for “a just and sustainable future with strong cultures and communities, powered by renewable energy”. Likewise, the Australian Youth Climate Coalition is working hard for climate justice.

We wait to see how this case evolves.

But, with mental health experts identifying “hope and optimism” as critical for mental health, we can see the health impacts of the inaction and lack of leadership from the Federal Ministers responsible for the environment, health, and energy, as well as from the Deputy Prime Minister and Prime Minister.

Clinicians and parents alike search for safe ways of navigating challenging concepts like illness and death with children.  But there is no safe way to tell our children that we are stealing their future because of our inaction today.

How dare we steal their dreams and their childhood. We cannot pretend ignorance when the scientific consensus has been solid for decades. Nor do economic arguments stack up against the rise of cheap, effective, and safe renewables. If we subscribe to the view that prevention is better than cure, the safest choice for so many reasons is urgent climate action.

I reflect on the conversations I have had with young people over the last months. We spoke about hope and optimism, about empowerment and change.

They were conversations that helped us, reinforcing my belief that we need to empower young people to not only speak up, but to demand that they are heard – and we (those who have created the uncertain future) need to listen.

We need to create change with them, create hope with them and create a future with and for them that offers, as much as we can in these very uncertain times, some hope, certainty and, importantly, sustainability.

• Thank you to Dr Laksmi Govindasamy for contributions to this article

PrevPreviousImproving the inclusivity of gender-based health programmes
NextA plea to address misinformation around vaccination, for the sake of young people’s mental healthNext