Home Global health and climate change climate change From the perfect job to an endangered species: the demise of science journalism and why it matters

From the perfect job to an endangered species: the demise of science journalism and why it matters

Last year, I lamented the departure from the Australian media industry of many journalists with a wealth of experience in reporting on health, medicine and science.

One of the journalists then mentioned, science writer and broadcaster Leigh Dayton, writes below that science journalism is in decline globally.

Perhaps this is one of the reasons we hear so little in-depth discussion and analysis of so many of the critical concerns of our time, whether climate change or innovation (and for more on this theme, check this recent edition of The Media Report from Radio National).

How can we have a functioning democracy with a poorly informed electorate?

From gene patenting, embryonic stem cell research, polar exploration and climate science to environmental toxins, human evolution, cosmic evolution and the now not so elusive Higgs Boson, it was all my bailiwick.

I wrote across the paper and loved every minute of it, that is until an editorial change – inspired by the Global Financial Crisis and the Newspaper Financial Crisis – put me and my round at the bottom of the newsroom food chain. Little wonder I was restructured out the door last September.

As Christopher Zara wrote earlier this year in the International Business Times, science journalists are tumbling out of jobs in the US. He cites telling statistics. In 1989, there were 95 newspapers with weekly science sections. Today there are 19.

The UK is experiencing a similar decline, as science writers get pushed from their perch in the daily papers to make way for cheap general reporters and teams of online staff. The Guardian is the exception, keeping its science coverage intact.

In Australia we were reasonably, if not generously, served until recently.

The Sydney Morning Herald had not only long-time Science Editor Deborah Smith – who took redundancy the week I left — but also Nicky Phillips, now sole science bod. Bridie Smith remains at The Age as Science & Technology Reporter and Claire Peddie covers Science and Environment for The Advertiser in Adelaide. Then it gets thin on the ground. Aside from the ABC, the electronic media is a science wasteland.

This worries me greatly. It’s not just because I’m pushed into a career change, but because science, technology, environment and medical research are at the heart of many important current events, issues and dust-ups of today.

Experienced science reporters cover the bases from astrophysics and zoology. They know the players, the issues and the nuts-&-bolts of the scientific method. They can tell a genuine break through from a beat-up or even a stuff-up. Remember the ill-fated faster-than-light neutrino discovery? Lots of breathless headlines worldwide; few considered stories; plenty of red faces.

Most of all, science journos see how science impacts current events. Their round isn’t just funky fillers and creature features gleaned from journal and university press releases. Their slowly vanishing specialty brings intellectual depth and breadth to news.

But this isn’t how editors and producers view the round. It’s an extra. It isn’t sexy. Real journalists do politics, business and economics. Doubt it?  How many men are science reporters? Exactly.

So who’s replacing science specialists in the mainstream media? For the so-called discovery stories general reporters do their best with press releases and wire copy does the rest.

When a story takes off, though, political journalists generally muscle in. That’s fine. They’re an intelligent and capable bunch. But the result can be superficial. It’s the equivalent of sending me to cover internal Cabinet disputes or Coalition policy shifts. I’d get the obvious points but miss the context and complexity. Important issues and implications would go unreported.

Consider the recent extreme weather events. Where was the in-depth discussion of Australia’s preparedness for coping with more of same, courtesy of climate change? The submissions to the recent Senate Inquiry Recent Trends in and Preparedness for Extreme Weather Events barely got a mention.

What about the surprise Federal Court decision upholding the validity of patents on the breast cancer genes BRCA1 and BRCA2?

The decision was covered extensively. There was mention that women might have to pay for breast cancer diagnostic tests and that Cancer Council CEO Ian Olver called for a change to patent laws.

But there was little discussion of what those laws are, how they’re applied to human genes, recent legislative reviews or implications for fundamental research and innovation, let alone alternative approaches to managing emerging knowledge.

Same with Julia Gillard’s announcement that the government will commit A$504.5 million to establish up to 10 Industry Innovation Precincts to boost the nation’s output of globally competitive innovation and industry. The papers covered big business’s loss of the R&D tax break and a few details of where the precincts would be located.

So why is successful innovation even an issue? How and why have successive governments struggled to boost it? Not a peep.

It sounds naive but how can we have a functioning democracy with a poorly informed electorate? You get my drift. 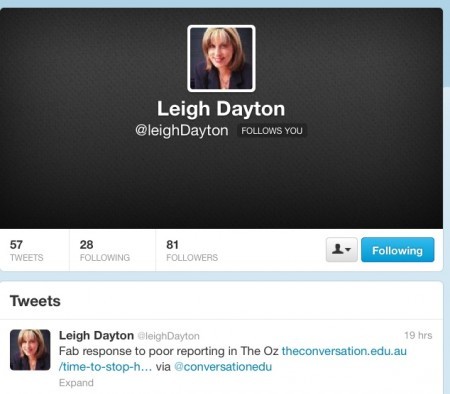