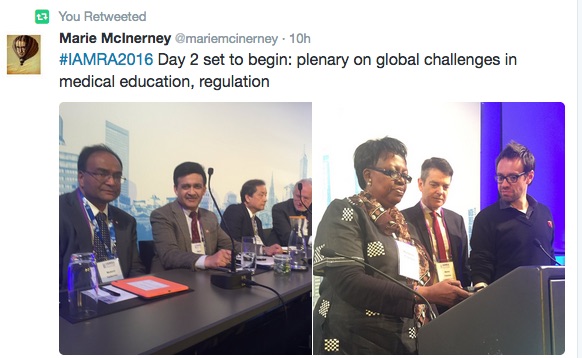 From Uganda to China, how do the global challenges of medical regulation vary?

There is no one-size-fits-all approach to medical regulation, and models need to accommodate local cultural, economic and health system differences, according to speakers yesterday at the 12th International Medical Regulation Conference in Melbourne.

Journalist Marie McInerney, who is reporting from the event for the Croakey Conference News Service, profiles some of the issues for regulators spanning countries across Asia and Africa.

Ugandan health leader Dr Margaret Mungherera says it’s impossible to try to take the Western model of medical regulation and “plonk” it into other regions like Africa. 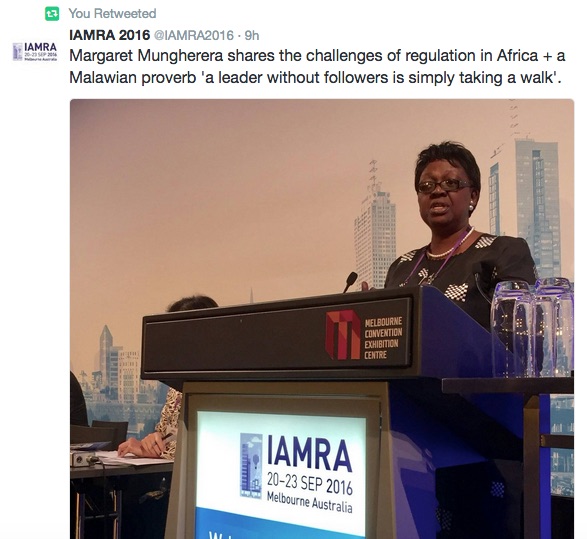 That’s particularly so, she said, with Africa still suffering an unabated “brain drain” of doctors to richer nations that helps weaken its health systems and patient safety.

Mungherera is a psychiatrist, president of the Ugandan Medical and Dental Practitioners Council and a former president of the World Medical Association – the first African woman elected to the role.

In 2014, during her tenure, she helped fight moves by Ugandan president Yoweri Museveni to force doctors to report gay patients, putting them at huge risk in the nation where homosexuality is illegal. She saw it as a professional and ethical duty to speak out against harm.

“The most important thing is that health professionals know what their obligations are, whether dealing with POWs [prisoners of war] or gay people,” she said. “We said this is unacceptable as a profession.”

Mungherera was speaking at the biennial conference of medical regulators in a plenary panel session on global challenges in medical education and professional regulation.

The session focused on non-Western regions, particularly across Asia and Africa.

It raised a range of cultural issues, from how regulators can help address gender inequality and gay discrimination through to what Western health regulation could or should learn from values like Confucianism and the deeper connections with family and community in other cultures.

Korean Professor Ducksan Ahn, Vice President of the World Federation for Medical Education, highlighted the “sharp contrast” of Confucian principles around the perfectibility of a person with the Christian teaching of original sin and belief in the fallibility of human beings.

The panel also talked about the role and risks of traditional medicine and healing, and of the struggle to put patient safety on the agenda in countries that lack outspoken consumer organisations and have either a government controlled media or completely unregulated media that airs unchecked claims of medical cures and alarms.

“By understanding the diversity of history, culture and political systems, all the regulators can learn and be more reflective about why things work in some places and not in others.”

Mungherera provided the context for challenges to medical regulation in Africa: with 11 per cent of the global population, it accounts for 40 per cent of women who died from childbirth related conditions and 67 per cent of HIV patients.

She said widespread and ongoing conflict is one of the big issue from outside of the health sector that impacts on regulation – “of our 54 nations, we have 7 countries coming out of conflict, 7 countries in conflict, and 7 about to go in conflict”.

She listed other issues: poverty, unregulated traditional and complementary medicines, corruption, an unregulated media (often reporting ‘cures’ without evidence), a public unaware of its rights, and its “human resource crisis”. “I’m not talking numbers, but quality and motivation of health workers. “

“You lose the highly qualified health professions, the academics who are supposed to be the ones in charge of policies of medical schools, training and mentoring of young professionals,” she said. “It has definitely affected the qualify of (medical) education.”

There is good news, she said. “We have hope, determination.” And there have been recent alliances built between regulators and other medical stakeholders.

But she said too many medical schools and doctors think regulation is there “to improve their lives’ and self regulation lessens the quality of training on human rights and ethics.

Stronger medical education is also needed, Mungherera says, to address the lack of patient autonomy for women in countries where they have little stature and fewer rights.

“That needs a lot of training, not just in medical schools but through continual professional development.”

And she said, it is time for better African leadership. It’s a call she made in 2014 as WMA President in response to slow local responses to the Ebola outbreaks. She said then:

“Developing leadership capacity should therefore be the main emphasis of any effort aimed at to strengthening health systems and reducing Africa’s disease burden.”

At the conference she quoted a Malawi proverb:

Dr Vivian Lin also reported back to the conference on a regional workshop held in Melbourne in the days before for the WHO West Pacific region, which includes the ASEAN nations, Australia and New Zealand and stretches from Mongolia to the Pacific Islands. 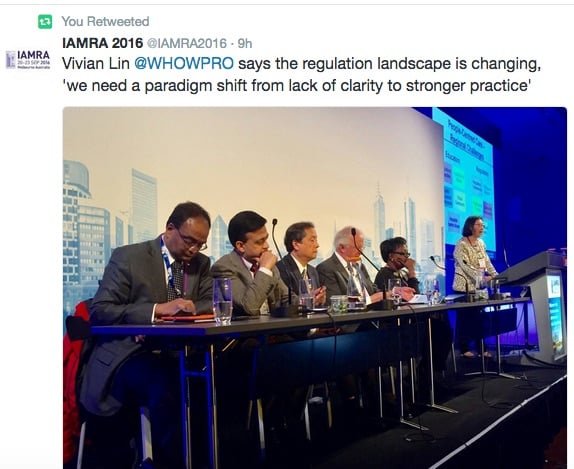 Lin said it was clear the region needs a “paradigm shift” in medical regulation – pointing to the lack of investment in China, which has eight million doctors but only three people in the national body responsible for policy and regulation.

She welcomed having the IAMRA conference in the region – opening up awareness for many regional delegates of regulatory issues and practices.

Lin said the region faces huge challenges on the “demand side”: a rapidly ageing population, a non-communicable disease “crisis” in the Pacific nations, some of the highest suicide rates in the world (particularly for women in China), and a growing middle class with rising expectations.

Alongside that, many countries have a tradition of respect for authority, compliance to government and doctors, and an unwillingness to speak up about unhappiness with the system until grievances build up, with rising violence against health workers in countries like China and Vietnam.

Due to poverty, conflict and other issues, many health systems are not well designed and still operate in the era of ‘walk in walk out’ acute care. There is little primary health care and the dominance of hospitals has led to perverse financial incentives for hospitals and doctors over-servicing to earn revenue, while only 11 countries have explicit medical accreditation systems.

Regulation strength varies enormously across the region, she said, with Western style models in former British colonies while others are dominated by the profession. Others are government run, where “professionalism has yet to develop because it’s not really in the traditional culture.”

The WHO’s most important objective, she said, is to achieve universal health coverage in all countries, providing affordable access to quality health services.

“We need a regulatory system that can assure its safety,” she said.

The session, and other parts of the conference, also talked about the ongoing challenge to medical regulators of traditional medicine and healing.

Lin noted that 15 years ago Victoria became the first jurisdiction outside of China to regulate Chinese medicine, and the profession is now fully regulated by AHPRA. Countries like Korea and Taiwan have separate licences, while Japan has a more integrated system, where doctors can specialise in traditional medicine as part of their degree.

Lin pointed to many risks with untested traditional healing practices such as in the Pacific where herbs are used to treat diabetic patients have resulted in infection and many amputations.

But she said regulators had to appreciate that traditional medicine is “a form of primary health care” in many nations. What’s needed, she said, is regulation.

Mungaherera agreed: “(Traditional healers) are better communicators than us, they know the social and cultural issues. But it has to be evidence-based, we have to make sure of public safety because we do have quacks.

“It must be regulated because, if anything, it is the health care we know (in Africa), everything else is foreign! People respect it more than they do Western medicine.”

More coverage of the session, Global challenges in medical education and professional regulation 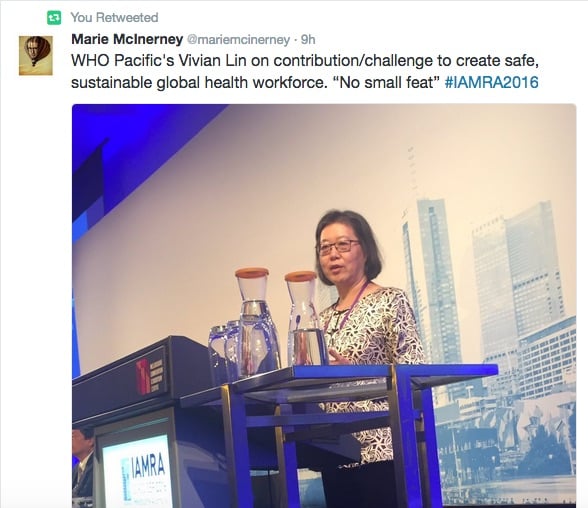 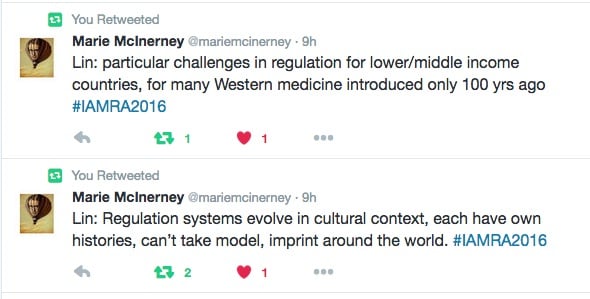 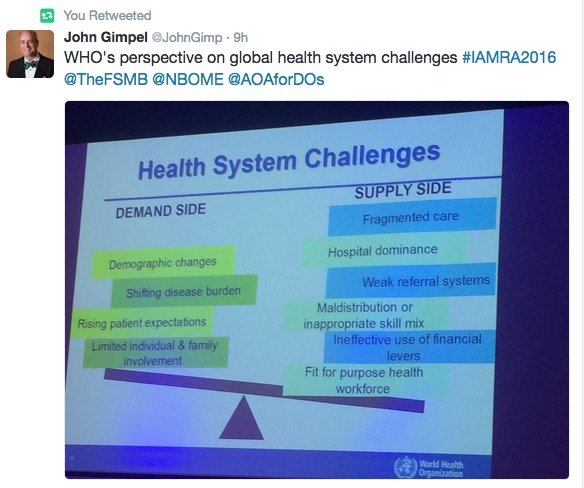 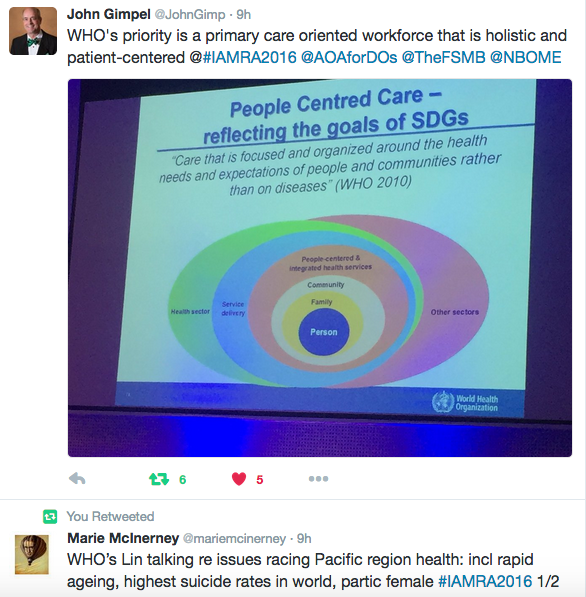 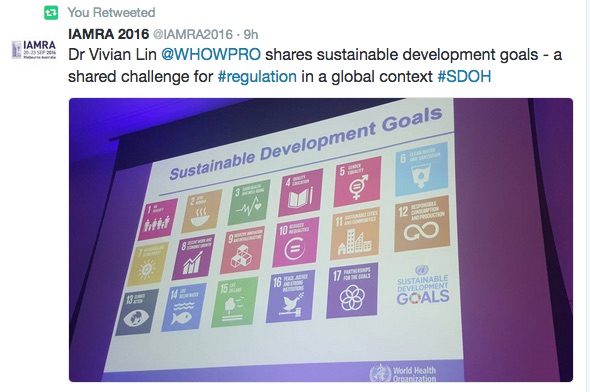 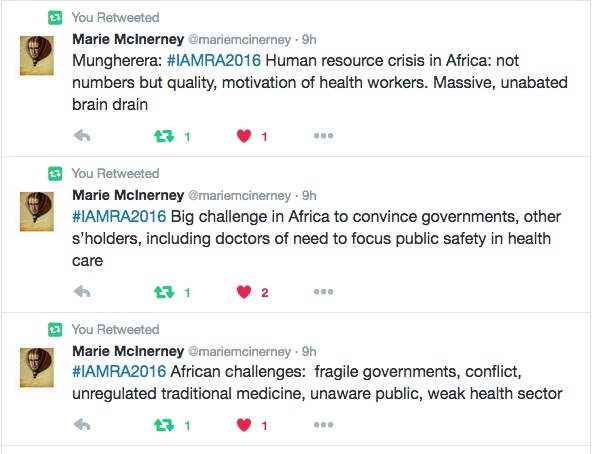 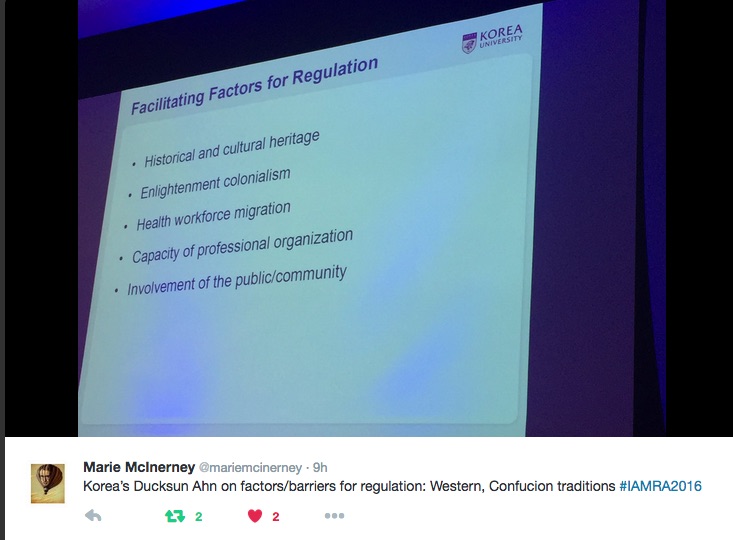 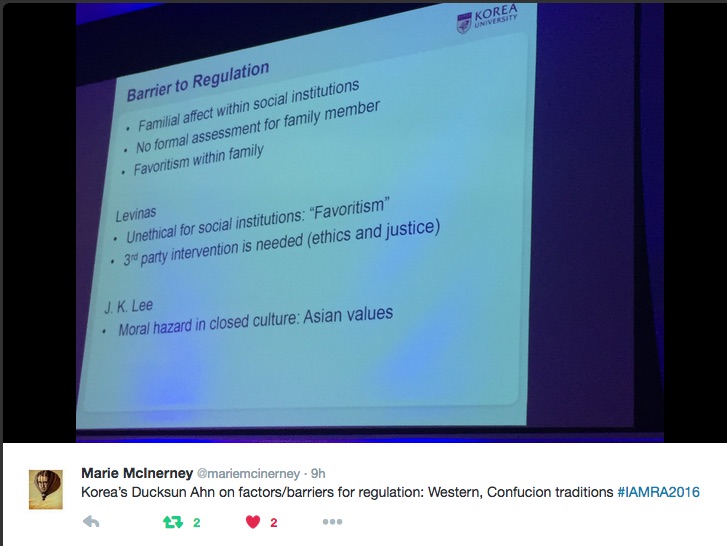 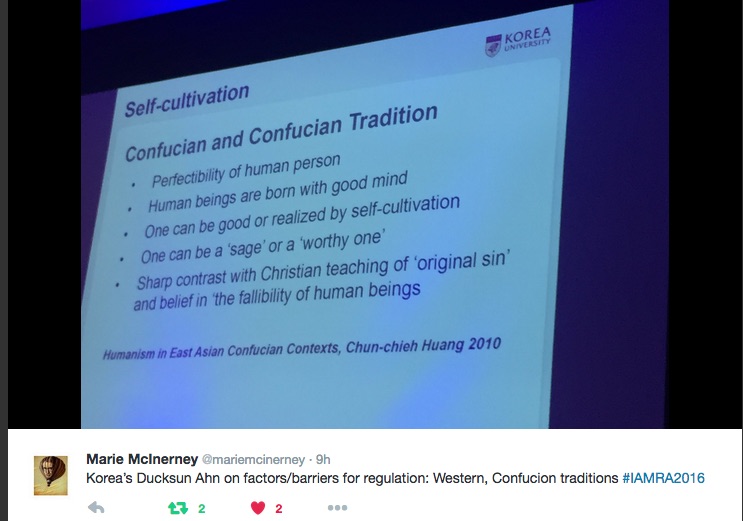 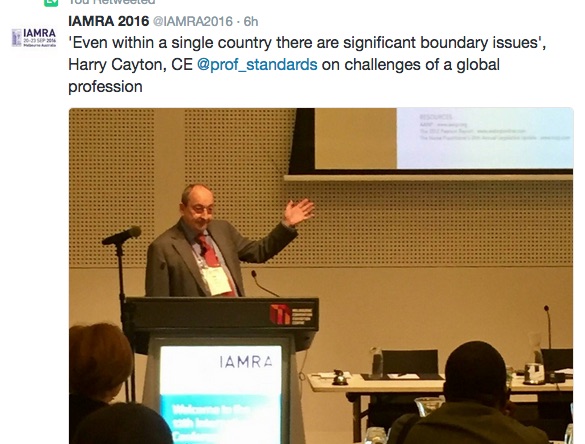 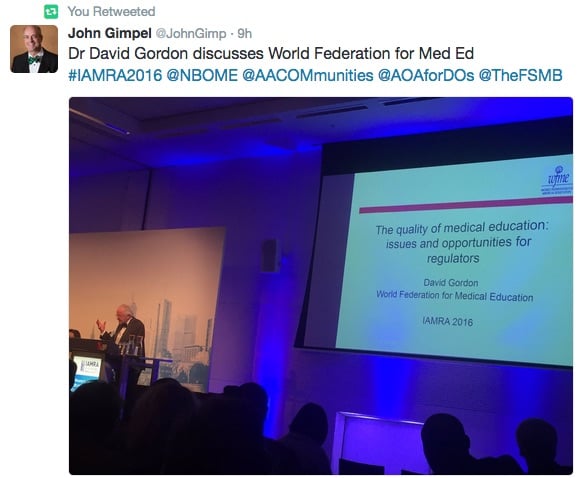 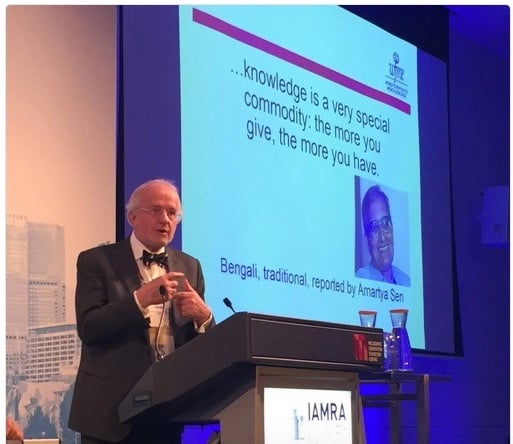 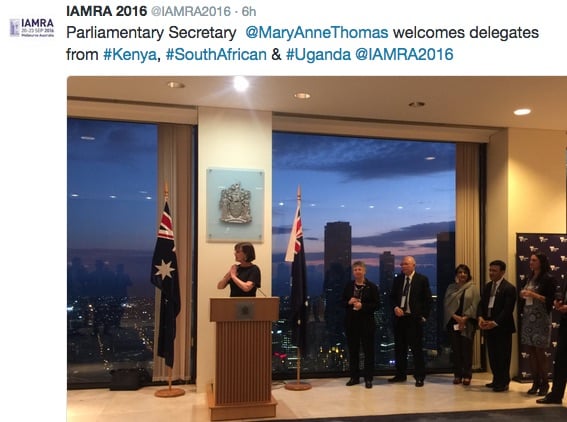 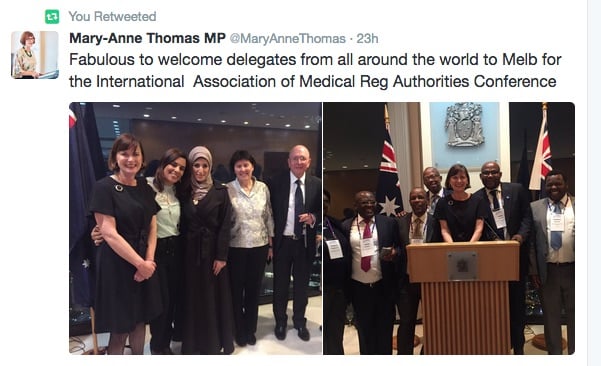 PrevPreviousPutting Art Before the Cart: JournalWatch
NextWhat do the newspapers REALLY tell us about the lock hospital histories?Next