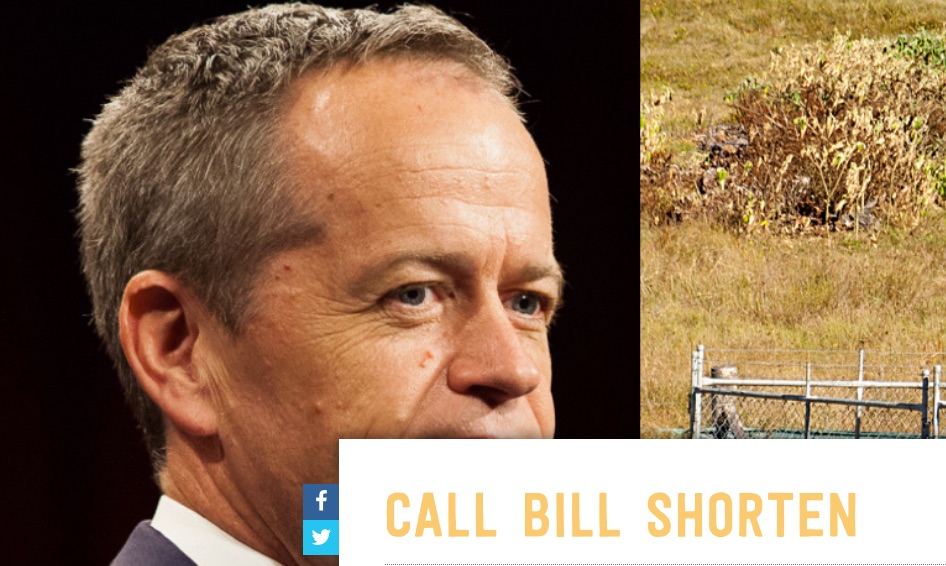 Young Aboriginal and Torres Strait Islander people advocating for climate action are furious that Labor has promised to invest in supporting fracking in the Northern Territory and Queensland.

Shorten said the fund would be axed and replaced with a new fund focused on pipelines to link gas fields across Queensland and the NT, if he was elected Prime Minister. Some funding would help fast-track development of gas resources lying in the Galilee and Bowen Basins in Queensland, and in the Beetaloo Basin in the NT.

“We’re furious!” Seed posted on Facebook, writing that the move “goes against Aboriginal communities and people across the NT who for years have been standing up against the destruction of their land, water and future from proposed shale gas fracking”.

Seed said: “If Labor really are committed to taking real action on climate change, they need to seriously reconsider their support for gas fracking pipelines in the NT.”

Meanwhile, the Lock the Gate Alliance described Shorten’s plan as “a disastrous move for landholders, regional communities, and the climate”.

The announcement follows a Water is Life National Gathering in Canberra earlier this year where more than 100 young Aboriginal and Torres Strait Islander people highlighted the importance of addressing the damage being caused by environmental colonialism and climate change as critical health issues.

More generally, health and medical experts have also warned that gas mining poses significant threats to the global climate, to food and water supplies, and to health and well-being.

Meanwhile, Labor’s recent commitment to invest an additional $115.1 million for Aboriginal and Torres Strait Islander health has been welcomed by the National Aboriginal Community Controlled Health Organisation (NACCHO) and the Public Health Association of Australia.

According to NACCHO, Labor has committed to:

• $13 million to Close the Gap in vison loss to implement eye health coordinators, improve case management and outreach services and the establishment of a new eye health centre to service the needs of the North west of Western Australia.

• $20 million for sexual health promotion by restoring funding to the Northern Territory Aids and Hepatitis Council and developing a workforce plan to ensure capacity to deal with sexual health issues, including the syphilis outbreak.

• $16.5 million to roll out a national Deadly Choices campaign to promote positive health and lifestyle choices and to empower Aboriginal and Torres Strait Islander peoples to make their own health life choices to improve health outcomes.

Bill Shorten has also flagged that Senator Patrick Dodson would be Indigenous Affairs Minister if Labor wins power, according to an SBS report.

“For the first time ever in the history of this country, we will have a First Australian in charge of Indigenous Affairs in Canberra,” Shorten said.

I am encouraged that a Labor government will prioritise Aboriginal Community Controlled Health Organisations as the recipient of this additional funding for Aboriginal and Torres Strait Islander health.

We hope to see a new direction embraced by all parties – one that places Aboriginal and Torres Strait Islander health at the forefront of national policy and one that has a genuine partnership and shared decision making with community health providers and organisations.”

Also, listen to this ABC radio interview with Professor Tom Calma AO and the PHAA’s Summer May Finlay about Indigenous affairs and the federal election.

PrevPrevious“Cultural safety history repeats: why are we taking the redefinition road?”
NextResearch on memory needs to inform health, legal and justice practitionersNext