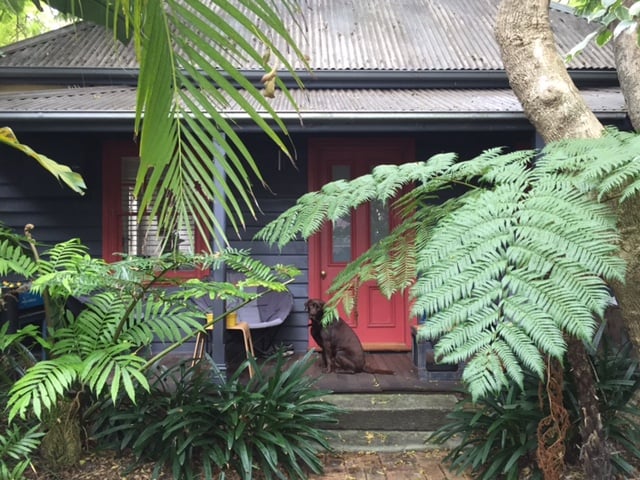 “It all started when the toilet exploded,” I tell people when they ask how I approached the renovation of the old weatherboard miner’s cottage that has been my home for more than a decade.

I had no idea what I was in for. Nobody would commit to any sort of quote. Fixing the terrible plumbing led to a new bathroom, and that exposed problems in the external walls and the foundations, and … well you know how it goes.

What I will say is that it took years, and I lived in the house with my little family for the whole time. The building functioned as a home as well as a building site and a workplace for the passing parade of personable tradies who never, ever refused lunch. It’s a much better house now, structurally sound and well adapted to modern living, but of course it will never actually be finished.

As an accidental renovator I was interested to see the home improvement metaphor used in the latest report from Stephen Duckett and Hal Swerissen at the Grattan institute. The opening lines of the Building better foundations for Primary Care report asserts, “Primary care in Australia is a renovator’s opportunity.”

Building on last year’s’ Chronic failure in primary care report, the authors find that the current model of primary care was designed in and for another era, and that many people with chronic diseases to not receive adequate care.

In their report, and in a summary article for The Conversation, they outline a way forward, which includes.

The first recommendation has, so far, received the most attention. Released a week before a federal budget in which some easing of the Medicare rebate freeze for general practice consultations is expected, the report suggests that funds returned to the rebate pool by the lifting of the freeze could be used to pay GPs who agree to provide practice-related data.

“Without better information about whether practices are properly monitoring patients who have chronic conditions, the government cannot properly reward practices that get the best results for their patients.

With the government about to invest more than A$500 million in lifting the Medicare rebate freeze, the time is ripe to change this.

Croakey approached two experts in General Practice – one data-oriented, and the other clinical and organisational – for their responses to the above suggestion.

Both agreed that good data was vital to the improvement of general practice, but had reservations about the way in which the report authors suggest it should be obtained.

Christopher Harrison is a research analyst for the long-running but recently de-funded BEACH study of activity in General Practice – considered to be the gold standard of General Practice data collection.

He agreed that collecting high quality general practice data was much needed, especially now that the BEACH study has ceased collecting this information.

“Indexation of MBS items has traditionally been below that of CPI, so that in real terms GPs were being paid less for their services over time. The reintroduction of indexation will mean that GPs’ pay in real terms will reduce at a slower rate than if the freeze was in place.”

He also had concerns about whether data extracted from automated practice IT systems would be fit for purpose, saying electronic GP data in Australia was still in its infancy, and would require high levels of support from several diverse groups of stakeholders to ever work.

The report does briefly address the issues facing properly integrated collection of electronic clinical data, but makes it sound like overcoming these obstacles would be easy.

The first issue is that there are currently no standards in the structure of electronic health records (EHRs) between the various software providers. There is not a standard set of variables that are collected, what they are called or the way the information is recorded into them in.

Without these standards, it makes it extremely difficult to extract standardised information from between different EHRs.

Creating these standards and enforcing their implementation is going to require agreement from many stakeholders, especially if we are to fully integrate all the information about the patient from multiple sources, such as GPs, hospitals, specialists and the like.

The second issue is that currently, GPs record only what they need to provide patient care – that has traditionally been the purpose of patient records. They were not designed to be a research tool.

This means for research purposes, there is a lot of missing data. For GPs to fill in all the information, for all patients, all the time, would be a significant amount additional work for GPs. This does not even include the need for additional training that GPs would need to undertake so that all of them enter data in a standardised fashion.

Having a fully integrated collection of clinical data from all the arms of the Australian healthcare system is something that we should aim for. However, it’s going to need significant investment and support from many stakeholders, not just GPs, to achieve.

Bastian Seidel is president of the Royal Australian College of General Practitioners, and is a rural GP.

Dr Seidel told Croakey it was unfortunate that the Building better foundations for Primary Care report had been released before the budget, as the easing of the freeze was a separate issue to the need for collection and funding of data for General Practice.

He also pointed out that rebates for General Practice consultations are for patients, not doctors.

“If, as has been suggested, the freeze will be eased at a cost of $500 million over four years, this is around 50c per consultation. To make the increase conditional upon data release is a nonsense. Who would do the work required?”

Dr Seidel said, although there were technical issues, it would be possible to collate routinely collected data from practice software but he warned that it would be raw data, free of context and therefore, while descriptive, would be difficult to analyse for meaningful outcomes.

“It would give us the what, but not the why, he said, “and that is a huge risk.”

He said said even the vast amount of data collected from hospitals did not always provide effective feedback to improve quality.

“Costs continue to spiral, waiting times remain long and there are persistent patches of uneven care,” he said, “and this is in a highly controlled environment. How much more difficult is it to collect informative data from general practice?”

He said that, because of the diversity of general practice, a more meaningful way of collecting data to help GPs meet their patients’ needs would be to encourage doctors to gather and analyse their own data at a practice level. This could then be reported to the funding agency (department of health or PHN), and attract a practice incentive or similarly structured payment.

GPs work in very different communities and environments. They deal with a lot of uncertainty. They can’t just cancel an over-booked operating list or close the doors with 10 patients left in the waiting room.

They have to make things work. People who work in highly controlled environments often have problems understanding this.

There is already a lot of data coming out of General Practice but it isn’t being used for quality improvement.

If I were to fill in 20 mental health plans in a week, for instance, nobody would phone me up and say What’s happening down there? You seem to have high rates of mental health problems. Is there anything you need? Nobody wants to know.

If we want to talk about data we should encourage GPs to report what is happening on the ground to funders or government, then work with them on solutions.”

Members of the BEACH team wrote a Deeble Institute Issues Brief last year, which concluded that General Practice electronic health records (EHRs) are currently unregulated, with each system having been developed independently.

There are at least eight distinct EHRs in Australia, making it difficult to share, transfer and link data. The authors said a  national, cohesive approach was needed to develop and implement standards.

While this should happen, there is also the argument that every community, and every General Practice is different. The concept of local feedback and targeted assistance suggested by Bastian Seidel has much to recommend it.

GPs and their patients value the diversity and flexibility of Australian General Practice, which is like my old house in a few ways.

We need it to stay in continuous service while the renovation proceeds, progress might be slow, and the investment is likely to be more than anticipated. It needs to keep its important and unique characteristics while being thoroughly modernised and prepared for the future.

And yes, we do need a clear picture of what’s going on before deciding what to discard, what to improve, what to replace, and what to treasure.