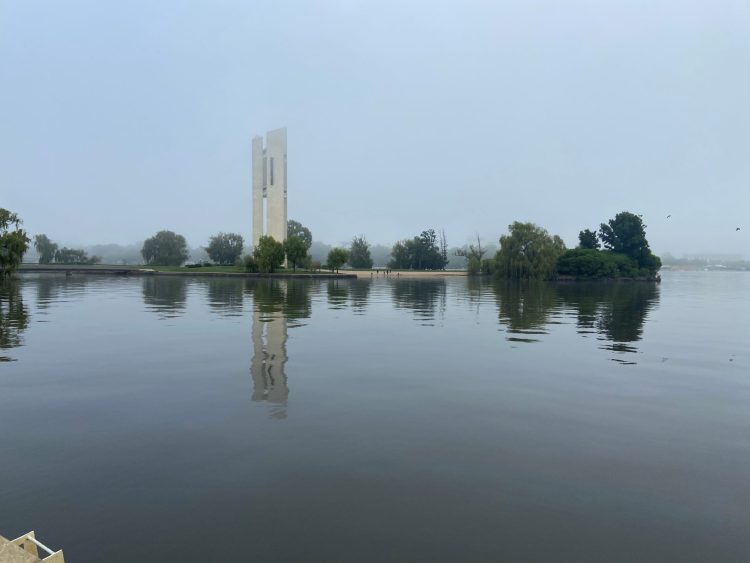 Reflections on Budget days in Canberra. Photo by Jennifer Doggett

Getting ready for the Budget: how to dig into the figures and what to watch for

Federal Budgets are always critical but, given the devastating impact of COVID-19 on lives, livelihoods and the economy, Tuesday’s 2021-2022 Federal Budget may stand out.

Treasurer Josh Frydenberg has promised no “sharp pivots towards ‘austerity’”. His statement has assuaged some fears for now, though as ANU Health Equity Professor Sharon Friel tweeted in response, “any pivot towards austerity — ‘sharp’ or not — will harm social and health equity’.

The Australian Council of Social Service today released a pre-budget brief on women’s economic security,  saying that women on low incomes must not be left behind in the Budget, “especially as our current tax, income support and superannuation systems work against them”.

Half of the battle for stakeholders, though, in watching Budgets is knowing where to look.

Keats described autumn as the season of mists and mellow fruitfulness.

In Canberra it is the season of mists and Budget hyperbole. As the days shorten and the leaves change colour, the political world is consumed with Budget speculation, fed by a steady diet of strategic leaks from the Ministerial wing.

And come the second Tuesday in May, the Government spin machine goes into overdrive, generating glossies and fabricating fact sheets in abundance.

These fact sheets are usually partial, in both senses of the word. While the public service is generally able to remove outright falsehoods, it often fails to win the battle to tell the whole story about any particular Budget measure.

The Department of Health is no exception.

As long as the population keeps growing and deflation does not occur, spending under entitlement programs (Medicare Benefits Schedule) or activity-based funding programs (public hospital agreements with the states) will continue to increase.

Every year will see expenditure greater than the previous year, meaning the Government can make an annual claim that it is “investing” a record amount.

These claims can be made even when other Government publications are recording savings against the same program.

The most striking example of this phenomenon was in the 2014 Budget, when a document released by the Treasurer claimed savings of $80 billion over a decade in payments to the states for health and education.

The truth about decisions

Budgets should be judged on the basis of the policy decisions that Governments have made, not on the inexorable impacts of demography and price movements.

People wanting a more objective view of Government decisions should refer to Budget Paper 2 “Budget Measures”, prepared by the Treasury and the Department of Finance.

This document purports to draw together all policy decisions made by the Government since the last major economic statement which have affected the estimates of revenue and expenditure.

In a normal year the Mid Year Economic and Fiscal Outlook (MYEFO) statement includes a similar table showing the impact of decisions since the last Budget, but because of the late 2020 Budget there were only three decisions reported for health when MYEFO was released on 17 December 2020.

Budget Paper 2 is comprehensive, other than for the non-publication of amounts for some decisions on the basis that publication would disadvantage the Commonwealth in commercial transactions, and the exclusion of “decisions taken but not announced”.

The “decisions taken but not announced” device is often used before an election to hide potential election announcements that can be revealed during a campaign with no budgetary impact.

The list of measures suffers from being arranged alphabetically according to the title of the measure, which often bears no relationship to how a program is known, but this is a minor glitch.

It is possible to track the combined impact of policy decisions and parameter variations (changes in estimated population, client numbers or price movements) by comparing successive versions of Budget Statement 6 in Budget Paper 1.

This statement is prepared on a functional basis, meaning that it draws together spending on health, for example, by the Departments of Health, Veterans’ Affairs, and Services Australia.

The forward estimates are a benchmark against which the following year’s Budget can be assessed. The following table shows these estimates for aged care and health as a whole, as well as some selected health programs, shown in the 2020-21 Budget.

Comparing these estimates with the equivalent estimates in the 2021-22 Budget Statement 6 will be just as informative as any Ministerial fact sheet.

Things to look out for on Budget night

It is widely rumoured that the Budget will include $10 billion in additional funding for aged care.

What is needed to implement the Aged Care Royal Commission’s key recommendations of more and better paid staff is of the order of $10 billion annually — $40 billion in total over the forward estimates.

$10 billion over four years will have only a marginal impact on the appalling level of neglect and substandard care identified by the Commission.

The Government has already decided to extend telehealth access for the rest of the year (apparently without the benefit of any robust evaluation of the impact of the measure so far).

Will it extend it indefinitely? Will it take any steps to respond to the final report of the Medicare Review Taskforce presented last December, which recommended among other things a move to blended payment models?

Will the Government resume indexation of the income thresholds for eligibility for higher rebates? Will it stop indexing the rebate by CPI rather than actual premium growth?

These measures will do more for premium affordability for the bulk of policy holders than the Mickey Mouse discounts for younger people introduced several years ago.

The Commonwealth’s expenditure is tied to public hospital activity levels determined by the states and territories (subject to a cap on overall expenditure growth).

Will the states and territories be looking to increase activity to reduce the elective surgery waiting times that have blown out over the last year? And if this runs into the Commonwealth cap how will the Government respond?

A lot of COVID-19 expenditure is included under this category. How will the slow pace of vaccination roll-out affect the estimates?  What provision will be included in future years for booster shots for the COVID vaccines?

The current estimates show expenditure in this category declining in 2021-22. How is this possible, given the poor progress in Closing the Gap? Will the Government commit to funding and Indigenous health services at an appropriate level, and growing them into the future?

PrevPreviousDon’t criminalise Australians in India: bring them home to safety
NextPressure on Australia to back and accelerate TRIPS waiver to expand COVID-19 vaccine productionNext