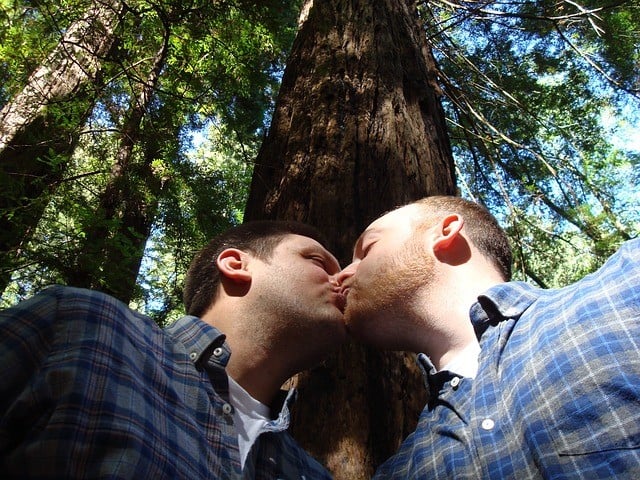 Getting through the plebiscite: strategies for LGBTIQ services and communities

The future of the plebiscite on marriage equality may not be clear but the LGBTIQ community is already feeling the adverse impact of the public debate on this issue.

This situation is likely to become more serious if the plebescite goes ahead.

For this reason, one of Australia’s leading mental health advocates, Patrick McGorry, along with Mental Health Australia, has called for the same-sex marriage plebiscite to be dumped as it could increase the risk of self-harm and suicide in the LGBTIQ community

This reflects arguments made in other countries which have already been through a public debate on this issue.

In writing on the Irish referendum on marriage equality, Saeed Kamali Dehghan argued that the idea that the majority can legitimise the right of a minority is fundamentally flawed.

Citing figures showing that 72% of Americans opposed inter-racial marriage when the US Supreme Court made this legal in 1967, he argued that minority rights should not be subject to popular votes.

A recent editorial in the Age re-iterated this view stating that “The question of marriage equality should be determined on the floor of the Federal Parliament by our representatives, without delay. It’s time for this government to do what it was elected to do – govern.”

However, with political leadership divided on this issue, the debate will not go away and the fall-out will continue to impact on the LGBTIQ community.

In the following piece, Casey Kennedy from Queerspace in Victoria provides the following advice for services dealing with LGBTIQ clients to support them during the debate over marriage equality.[divide]

Since the announcement of the plebiscite on marriage equality, mental health services working with LGBTQ community have seen raised levels of distress.

Queerspace at Drummond Street Services, a Victorian-based family support agency that provides specialist counselling and support to LGBTI people and their families, has seen the demand for our services double from approximately 400 to 800 in the last financial year, with waitlists that extend for months.

And it isn’t just Drummond Street which has seen this rise in demand. The Andrews Labor Government has responded to the clear distress in the LGBTIQ community by stating that it will provide $500,000 for support, which will go towards awareness campaigns, and funding to LGBTI services, to ease the strain of demand.

This will be separate to the $7.5 million of federal funds each side of the debate may receive for campaigning.

A platform for prejudice

The politics of the plebiscite trickles down to the public and effects the LGBTIQ community on a very personal level, with many individuals reporting homophobia and transphobia.

It is clear, says Karen Field, CEO of Drummond Street Services, that the plebiscite, as a platform for prejudice and judgement, gives permission to insult and offend and contributes to a community and political discourse which is saying it is still OK to discriminate.

It is not hard to imagine that this already high figure will grow during the plebiscite process. It is important to emphasize that the LGBTI community experience some of the highest rates of mental ill health, self-harm and suicide, high levels of family and community violence, homelessness, disrupted schooling and poor health.

Check in on those around you. If someone doesn’t seem to be doing to well, check to see they’re alright. It could be that they need support during a time when LGBTI rights are so hotly contested, during which it’s so easy to feel alone.

Remind yourself and your friends and family about the things that make you and them great. Remember that you’re all individuals, who have your own strengths and weaknessess, and who can’t be defined by a political debate.

Take time out to do things which you enjoy. Spend some time with your kids, or take the dog for a walk, or maybe read a book. Continuing on with life is important for keeping healthy.

Validate yourself and others

Be vocal. Get involved in the plebiscite, by voting, and by contacting your local MP. With enough push, hopefully the public voice will be loud enough.

Many LGBTIQ people experience bias in some healthcare providers and services, and have reported being refused service. Because of this, it is vitally important that LGBTIQ individuals receive the same treatment as those outside of the community. Make sure all clients are respected and validated equally.

Ensure the client has support systems. It is likely that they are feeling alone during this time, so it is important to remind them that there are people who care about them. This includes checking that their hierarchy of needs is met; beginning with stable housing and physiological needs, following up through safety and emotional support.

Being overwhelmed is a common report. To help combat this, mindfulness exercises can be useful. These include having one’s feet flat on the ground, and practicing breathing exercises. This will calm the nervous system and will aid in returning to homeostasis. Ensure that the client is aware of these techniques.

Educate yourself. It’s an absolute relief to LGBTIQ clients when a service knows their stuff. Keep up with the news about the plebiscite, and read through some studies done on same-sex families, public opinion polls, and LGBTIQ community issues.

And of course, know about local LGBTIQ services which you can refer clients on to, as well as hotlines which they can call for further help.