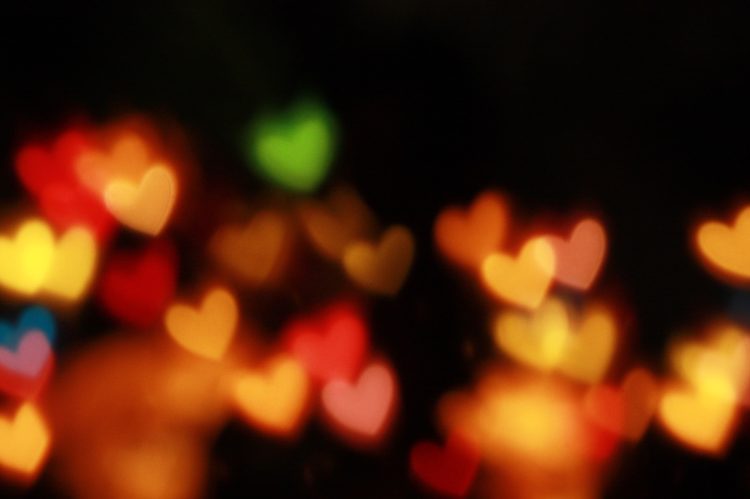 An act of love and care. Photo by Rachel Walker on Unsplash

Introduction by Croakey: The COVID-19 vaccination rates of Aboriginal and Torres Strait Islander people continues to be about 20 percent below that of the general population, say health leaders who have reiterated calls for a 90-95 percent vaccination target (among those 12 years and older) before relaxing restrictions and opening borders.

The call came as the Victorian Government, in partnership with Aboriginal community controlled organisations, yesterday announced plans to boost efforts to close the vaccination gap in the state.

The plan includes the deployment of mobile outreach vans, culturally sensitive pop-ups, and surge workforce teams across Victoria to provide more opportunities to Aboriginal and Torres Strait Islanders to get vaccinated. The initiative also included a targeted SMS and social media campaign.

“However, importantly, vaccine data reports around 20 percent lower rates of vaccine coverage in Aboriginal and Torres Strait people compared to the wider population. In the other states and territories, vaccine uptake continues to be lower, particularly in some remote areas which have reported extremely low vaccine coverage.”

She said there had been more than 5,500 COVID-19 cases among Aboriginal and Torres Strait Islander Peoples. “As of the 20th October, NSW had 5,156 cases in the recent Delta outbreak, Victoria has 297 and the ACT has 155. Around 600 people have been hospitalised with 65 admitted to the Intensive Care Unit and more than 10 deaths,” Lewis noted.

“Aboriginal people have been identified as a priority population since the start of the vaccine rollout and all people 12 years and over are eligible for vaccination,” Lewis said. “With easing of restrictions, Aboriginal and Torres Strait Islander people must not be left behind.

In the article below, first published in The Conversation, Professor Lisa Jackson Pulver, Professor Jennifer Barrett, and Professor Melissa Haswell of the University of Sydney, and Dr Kalinda Griffiths of UNSW warn that modelling shows the vaccine uptake lag could translate into a doubling of deaths.

Redfern’s Community Chaplain Pastor Ray Minniecon, recently made a compelling video urging people to get the COVID-19 vaccination. Pastor Minniecon regarded the simple act of becoming vaccinated as an act of love for family and community, encouraging all to get vaccinated as quickly as possible.

There have been many barriers for Aboriginal communities to access the vaccine and culturally safe healthcare during the pandemic. However for some communities, access to health services is a struggle that predates the COVID-19 pandemic.

Aboriginal people have faced decades of exclusion from government decision making resulting in poor and inappropriate housing and service provision which has impacted their health.

This did not change when the Commonwealth government declared Aboriginal and Torres Strait Islander peoples as a priority community during the initial roll-out of the COVID-19 vaccine.

Aboriginal communities have struggled to get access to the vaccine. Some were also concerned by inconsistent messaging about the vaccine from federal and state governments.

All of this has contributed to a lack of trust in governments to ensure the rights and needs of Aboriginal people and communities are met.

A big concern about the current levels of vaccination in community is for younger children, Elders and others ineligible or unable to get the jab. These people could face exposure to COVID and other significant diseases. 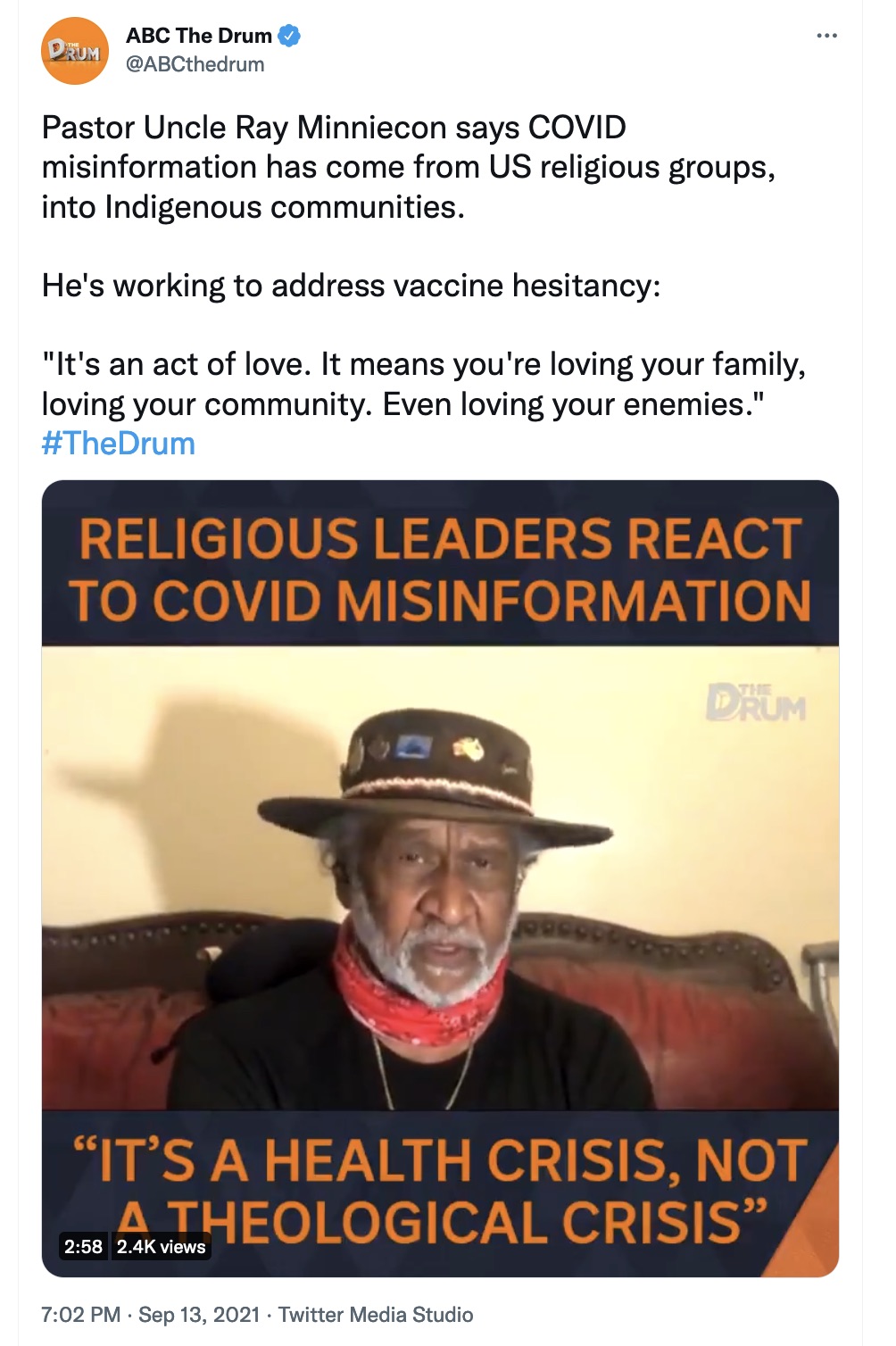 Communities recognised the threat of this outbreak early on with actions such as developing a pandemic response plan (Apunipima, January 2020) and the development of appropriate language resources for communities (Northern Territory Land Councils, February 2020).

Particularly for those living in communities outside of urban and regional areas, the risks related to COVID-19 are exacerbated by many factors. These include existing chronic illnesses and disabilities, mobility of people between communities and regions, poor and overcrowded housing and reliance on health outreach for regular health care.

Much of the care to communities is through the 143 local Aboriginal community controlled health organisations and their 300 clinics.

Recent gains by the health sector in the National Agreement on Closing the Gap offers a new era of collaboration between government, non-government organisations and community-controlled organisations. Recently in Western NSW we saw the positive impact of such collaboration when combined efforts resulted in an increase of COVID-19 vaccine doses from 20 percent first dose coverage to 70 percent in a month.

However, these organisations — like many other healthcare providers in Australia — are dealing with significant staffing shortages because of COVID-related workloads, furloughing of staff and of staff themselves becoming sick.

The current outbreaks of the COVID-19 Delta variant have highlighted the gap in health services for communities already under-serviced. Some of these communities have witnessed the virus “rip through communities”.

This is what has been seen in NSW and many other parts of Australia, despite the tremendous vaccine uptake of Aboriginal community members. Aboriginal people continue to be vaccinated at a rate that is 20 percent lower than the general population. This indicates devastating outbreaks will continue; not only in remote regions, but in communities closer to towns and cities.

Modelling shows this vaccine uptake lag could translate into a doubling of deaths.

Pat Turner, CEO of the National Aboriginal Community Controlled Organisation, argues that to protect communities, the aim must be to vaccinate as close as possible to 100 percent of Aboriginal people over the age of 12. Auntie Pat, whom Indigenous people will often title thus as a mark of respect, also describes how overcrowded housing and lack of places to quarantine has enabled the wildfire-like spread of COVID in some remote NSW communities, causing sickness and loss of life.

COVID is causing a further housing crisis in places where many Aboriginal people live. One example is the NSW North Coast where jobs have become precarious. This is due to long and fluctuating lockdowns and property demand from wealthy Sydney-siders anxious to escape to regional areas.

These challenges and others have been years in the making, with calls from Aboriginal organisations’ for a centralised housing support strategy falling on deaf ears.

The pandemic has amplified ongoing inequalities for Aboriginal and Torres Strait Islander people. Communities have been placed at risk of losing their jobs and roofs over their heads at the same time. Overcrowding and homelessness bring multiple risks to health and well-being. These risks range from infectious diseases to mental health and safety concerns.

Uncle Ray’s and Auntie Pat’s messages, along with those of many other Aboriginal and Torres Strait Islander epidemiologists, researchers, doctors, nurses, health workers and community leaders, are exactly what Australia needs right now.

Why? Because not leaving anyone behind is a characteristic of how we care for one another.

People shouldn’t be listening to gossip, there’s a lot of that in the media […] the more we get vaccinated, the more we build up that immunity as a community, so that protects everybody. The message is clear; get vaccinated, look after one another, don’t leave anyone behind. Find love in your heart and act to protect yourself, your family and your community.”

For government, Auntie Pat says, the time for others to make decisions for Aboriginal and Torres Strait Islander people is over.

Now is the time to address the longstanding inequities in health, wellbeing and the ongoing housing and employment crisis impacting Aboriginal people.

During this age of COVID, Australians must show the world our full capability to listen, get behind and champion the rights and needs of Aboriginal people.

We have never been so strong. And we can’t leave anyone behind.

Jennifer Barrett has received funding from the Australian Research Council.

Emma McBryde, Ian Ring, Jason Agostino, Lisa Jackson Pulver, Melissa Haswell, and michael.doyle@sydney.edu.au do not work for, consult, own shares in or receive funding from any company or organisation that would benefit from this article, and have disclosed no relevant affiliations beyond their academic appointment.