Global manifestos & calls to arms on health, equity, gender, climate: ‘Act in the world with a sense of eternity’. 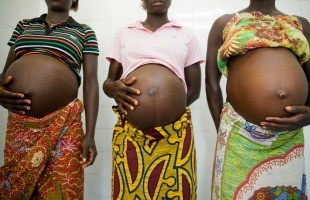 Need some inspiration on global justice, health, and equity? The past week or so has brought some powerful interventions from The Lancet, the World Health Organisation and World Bank President Jim Yong Kim on how we should inhabit this planet and how and where we are failing.

‘A new vision for planetary health’

British medical journal The Lancet last week published a manifesto for transforming public health and called for active support from “the voice of public health and medicine as the independent conscience of planetary health”.

Signed by Lancet Editor in Chief Richard Horton and fellow scientists from New Zealand, the United Kingdom and Sweden, it said a powerful social movement based on collective action at every level of society will deliver planetary health and, at the same time, support sustainable human development. Read the full statement: you can also join the 2,000-plus who have signed up to it so far. Here are some excerpts:

Planetary health is an attitude towards life and a philosophy for living. It emphasises people, not diseases, and equity, not the creation of unjust societies. We seek to minimise differences in health according to wealth, education, gender, and place. We support knowledge as one source of social transformation, and the right to realise, progressively, the highest attainable levels of health and wellbeing.

Our patterns of overconsumption are unsustainable and will ultimately cause the collapse of our civilisation. The harms we continue to inflict on our planetary systems are a threat to our very existence as a species. The gains made in health and wellbeing over recent centuries, including through public health actions, are not irreversible; they can easily be lost, a lesson we have failed to learn from previous civilisations. We have created an unjust global economic system that favours a small, wealthy elite over the many who have so little.

An urgent transformation is required in our values and our practices based on recognition of our interdependence and the interconnectedness of the risks we face. We need a new vision of cooperative and democratic action at all levels of society and a new principle of planetism and wellbeing for every person on this Earth – a principle that asserts that we must conserve, sustain, and make resilient the planetary and human systems on which health depends by giving priority to the wellbeing of all.

See the tweets below for some responses: 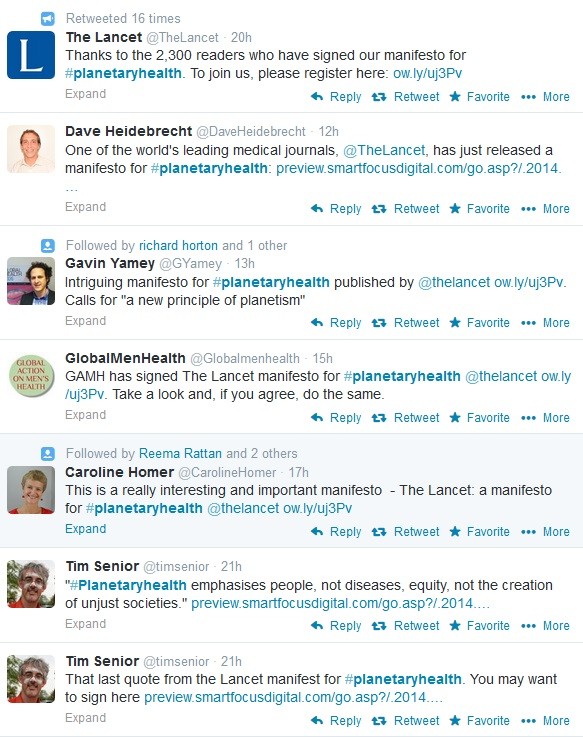 Massive costs in failure to act on gender equality

Read the full statement here, and the iERG’s 2013 report which concluded “the international community has failed women, and failed them badly….”

It says that “gender inequality is the most pervasive form of inequality” and imposes huge costs on individuals, families, societies, and economies. For example:

“What is to be done and what will I do?”

World Bank Group President Jim Yong Kim also issued a call to action, to young people particularly as he delivered a lecture at his alma mater Brown University in the US on: ‘What is to be done, and what will I do? Confronting the biggest challenges of our time.’

In it, he speaks about growing up in the state of Iowa in the 1960s and 70s, being urged to look for security in life by his dentist father, who had grown up during the Korean War, and  worried that his own children would not understand the importance of having a skill.

“My mother took a different approach. She’s a philosopher. She taught me from an early age to care deeply about issues of social justice, politics, and what was happening around the world. My mother stressed human empathy and the importance of history and culture in shaping economic and political outcomes. She used to say, “you have to act in the world with a sense of eternity.” What she meant was that she wanted each of her children to do something that would be remembered forever.

She also introduced me to the American civil rights movement, and in particular to the teachings and speeches of Dr. Martin Luther King, Jr. One of my most vivid memories is sitting in our  living room and watching Dr. King on television. I was moved by his words, especially when he said, “The arc of the moral universe is long, but it bends toward justice.”

He then spoke of the road that this inspiration took him, shaped by the stories of university friends who had endured poverty and racism, of having to “choose between meals or medicine, joining gangs or becoming a target of gangs, resignation or resistance – all in the richest country in the world.  They motivated me to take action.” Read the full speech.

Now his goals, as president of the World Bank Group, are clear: to end extreme poverty by 2030 and to boost shared prosperity for the bottom 40 percent in every developing country.  But he says, three major challenges will determine whether they succeed:

Declaring  it “fundamentally unjust that those least responsible for raising the Earth’s temperature will suffer the gravest consequences from climate change”, he’s called for global leaders to focus on five urgent tasks:

On that note, nearly 30 US Senators this week urged their colleagues to “wake up to climate change” during an all-night session.You can watch the speeches here or track the event on Twitter at #up4climate

Wake up calls all around.

PrevPreviousSA election: ‘we want to control health costs but we’ll keep feeding that beast that fuels them’
NextTasmania votes: ‘Joining the dots to find anything resembling a social determinants of health policy’Next