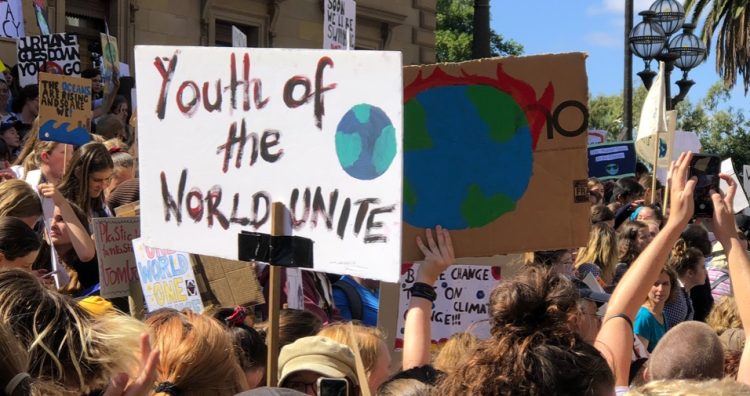 Paediatricians and other child health professionals have been urged to engage much more vigorously in advocating for climate action and to mitigate the wide-ranging impacts on children.

The declaration urges regional, national, and international paediatric organisations – together with multidisciplinary child health professionals, child advocates, youth, and families – to work to minimise the use of fossil fuels, decrease global carbon emissions, protect the earth’s natural resources, mitigate the impact of climate change on children, and achieve climate justice.

The statement urges child health professionals, societies, and organisations to acknowledge the global climate crisis as “an existential and universal threat to children’s health and well-being”.

They call for cuts to Australia’s greenhouse gas emissions, a national climate change and health strategy, and the establishment of a national Sustainable Healthcare Unit to support environmentally sustainable practice in healthcare.

“The health, wellbeing and prosperity of our future generations depends on it,” says the letter.

Meanwhile, the new declaration urges child health professionals to engage with community education on climate change, including through writing letters to the editor and advocating to politicians, and also to use the framework of anticipatory guidance for discussing climate change with families.

The declaration urges child health professionals to collaborate with health departments, academic institutions, research facilities, and activist groups to enhance surveillance, analysis, and reporting of climate-sensitive health effects on children, including the impacts on child health inequities. They also should work to strengthen disaster preparedness, especially for children and youth.

An article outlining the declaration is published in the October edition of The Journal of Climate Change and Health, with its authors coming from the United States, China, Kenya, Argentina, India, Lebanon, Spain and United Kingdom. Sydney paediatrician Dr Shanti Raman is one of the signatories.

The declaration urges child health professionals to advocate for: 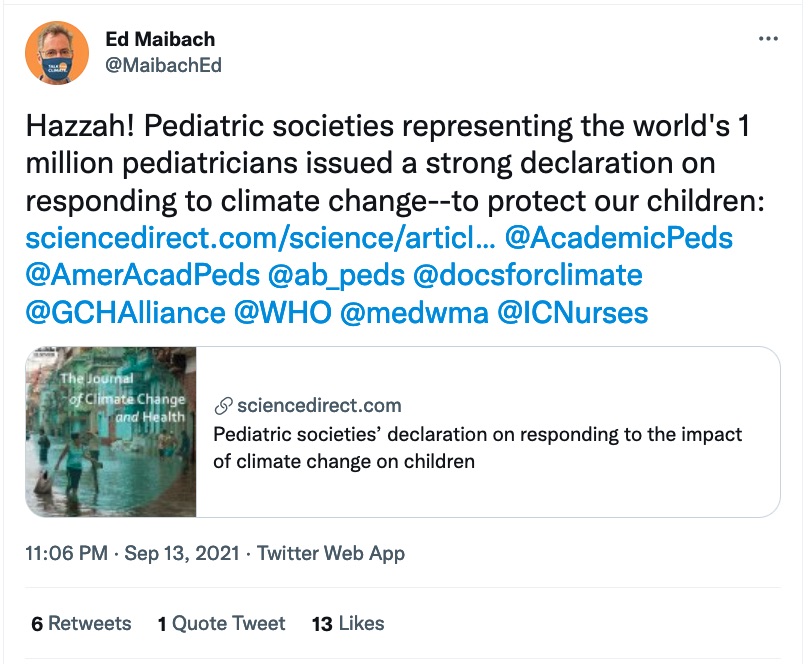 The declaration also calls for climate change to be included in the education of child health professionals at all levels of training and in all venues of practice.

Child health professionals should be informed about integrative and collaborative movements, such as One Health, Planetary Health, and Traditional Ecological Knowledge, which identify the root civil-political, social, economic, cultural, ecological, and philosophical causes of climate change.

The declaration outlines many ways in which climate change harms children’s health and wellbeing. It notes that “displacement, destruction of infrastructure, and conflicts arising from competition for water, food and other resources will increasingly impact children’s health, mental health, and well-being”.

The new statement builds on previous declarations including the 2012 Doha Declaration on Climate, Health and Wellbeing, the 2019 Declaration of the World Association of Family Doctors, Planetary Health Alliance, Clinicians for Planetary Health Working Group, and the 2019 Helsinki Declaration. It also draws on a 2015 policy statement from the American Academy of Pediatrics. The Declaration is consistent with the Children in All Policies 2030 initiative launched earlier this year.

The declaration aims to explain the roles and responsibilities of paediatricians in responding to climate change, and to provide paediatricians and their professional organisations with a tool to support advocacy with country delegations and missions leading up to the COP 26 meeting.

The International Society for Social Pediatrics and Child Health and the International Pediatric Association are inviting other global and national paediatric societies and child health organisations to endorse and publicly support the declaration.

The Indian Academy of Pediatrics has already endorsed it, while the Royal College of Paediatrics and Child Health in the UK are preparing their own position statements on climate change and child health.

It takes a village to raise a child.

But it will take all child health professionals speaking with one unified voice to ensure that the climate crisis does not steal that child’s future.”