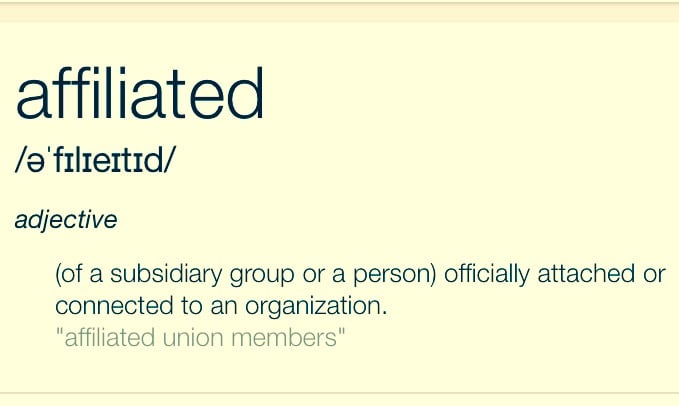 Grattan Institute and Medibank Private: can an affiliation be free of influence?

Private health insurers are taking some flak this week over their plans to raise fees by more than 5% but, in news you might have missed, one fund, Medibank Private, has also invested in an influential relationship.

Formed in 2008 with a government endowment and funding from BHP Billiton, Grattan is known for its incisive work on everything from pharmaceutical prices to solar power, with an impressive list of influential publications. The organisation’s articulated goals are that its work be independent (commissioned work is avoided for this reason), rigorous and practical.

Grattan has a number of program streams, including for transport and cities, energy, education, and productivity growth, but it is clearly their health policy program that is of main interest to Medibank Private.

“Medibank is committed to improving the transparency, affordability and value of Australia’s healthcare system, and we believe a key part of this is supporting evidence-based research undertaken by organisations such as Grattan.

The Grattan team has a great track record of producing influential research and analysis that provides clear direction for where our nation needs to head, including addressing the challenges facing our health system.”

Grattan CEO John Daley has assured Croakey in a statement today that, as an affiliate, Medibank Private will have no influence on the think tank’s work.

“Grattan and its affiliates have an explicit understanding that affiliates do not influence what areas Grattan chooses to work on, or what we say about them – affiliates don’t determine either program priorities or report content.

Grattan affiliates, by definition, believe in improving Australian public policy, and that our independence is crucial to doing so. In discussing affiliate arrangements, we invariably discuss how a potential affiliate will agree with our future publications most of the time, and disagree some of the time (most likely when their interests are most directly affected).

To afford this independence, Grattan has a substantial endowment solely controlled by its Board. We also look for a variety of corporate affiliates so that each of them will keep us honest relative to the others. We are delighted that Medibank Private is adding to this diversity.

There is a reality to this independence. We routinely say things that do not align with the commercial interests of our affiliates (e.g. our opposition to free carbon permits for emissions intensive industries, contrary to the interests of BHP Billiton, various energy positions not aligned with Origin Energy, comments on international tax avoidance not aligned with Google).  We expect that we will continue to argue publicly that the private health insurance rebate is a poor use of scarce government funds.

We do provide affiliates with briefings and discussions about our previous, current, and future work. These are invariably useful in improving their understanding about Australian public policy issues. Obviously Grattan staff also talk to a wide range of corporate, not-for-profit and government stakeholders in preparing our reports, and in discussing their implications after release.”

If past experience is anything to go by, we can anticipate further instances of Grattan coming out with material that does not align with its corporate sponsors’ interests. The think tank’s health program is headed up by health economist Stephen Duckett, who has been critical of the rising costs to consumers of health care and has said the private health insurance industry is “ripe for reform”. He recently canvassed a model of funding for private hospitals that would take government subsidies to private health insurers out of the equation altogether.

According to health economist and Croakey moderator Jennifer Doggett, the deal raises the wider issue of how the important intellectual work of developing health policy in is funded.

“Australia has very few sources of independent health policy advice –  while we produce a lot of academic research on health and medical issues we don’t have many sources of applied policy thinking that is directly relevant to the way governments make policy,”  she told Croakey.

“This is in contrast to other comparable countries, e.g. Canada has the Canadian Health Policy Institute, which is crowd funded,  the UK has the Kings Fund  and the USA has a multitude of organisations working in this area, including the Rand Corporation.

These groups perform a vital function because they can step outside of the short-term, partisan viewpoints that dominate the political debate on health.  They can provide evidence to support (or contradict) policies proposed by the government, identify options that are not being considered, remind policy makers of what has been tried in the past (governments can have very short-term memories) and help educate policymakers and the general community about key health issues.

The current Coalition Government has abolished many sources of advice on key policy areas, such as the Australian National Preventive Health Agency and the Australian Primary Health Care Research Institute, and absorbed some of their functions into the Department of Health. This has reduced both the scope and depth of research available to the government to inform health policy.

While these organisations were government funded, they operated at arms length from the political process and so had a degree of credibility and independence that government departments do not have. This meant that they were able to develop relationships with experts and practitioners working in the health sector who could inform their advice in a way which is difficult for bureaucrats and political advisers to achieve.

No one person or organisation has a monopoly on the provision of independent and high quality policy advice on health but the Grattan Institute has provided a unique combination of rigorous research and well-targeted communications on key topics in the health debate.  If its credibility or independence (perceived or real) is compromised in any way by this sponsorship it will be a significant loss for the health sector and public policy generally.“

Grattan is not alone in partnering with a private health insurer to undertake and implement research in health system improvement: Bupa foundation is a funding partner in the NHMRC’s Centre of Research Excellence for Health System Sustainability.

“Regrettably funding to support the important work of health policy think tanks is hard to find in Australia. The price the Grattan Institute must now pay for secured funding is to continually verify that their work is independent, both in reality and perception.”

PrevPreviousBringing together agencies on family violence, child protection IS “rocket science” & it’s urgent
NextWhat’s needed to end violence against women and children? A wrap of the ANROWS2016 conferenceNext