“Green Harvest”: what can we learn from organic growers about health?

It would be easy enough to get the impression from the “lifestyle publishing industry” (aka newspaper supplements and magazines) that organic gardening is a modern invention.

In fact, as shown by the illustration from the 1940s at the bottom of this post, from the wonderfully named Victorian Compost Society, organic gardening has been around for quite some time, and no doubt some time before that.

Dr Rebecca Jones, a lecturer in the Department of Rural and Indigenous Health at Monash University at Moe, is the author of a new book,  Green Harvest: a history of organic farming and gardening in Australia, which investigates the links between human health and the environment. It will be launched on November 13 by Michael Cathcart of Radio National’s Bush Telegraph, and she has provided this account for Croakey readers.

In what way does human health depend on the natural environment?

This giant question lay at the heart of my research for the book Green Harvest: a history of organic farming and gardening in Australia, published by CSIRO Publishing in September 2010.

Warm fuzzy motherhood statements about ‘healthy organic food’ abound but although I had, myself, been an organic gardener for many years and had worked with commercial organic farmers, I knew little about what was really meant by ‘health’ when we grow, buy or even talk about organic food.

As a doctoral student at Monash University Department of Rural and Indigenous Health, I decided to find out what it means to grow food organically in Australia and how this had changed over time.

I was particularly interested in organic growers themselves – commercial farmers and gardeners – as people closely engaged in growing food, managing land and making a livelihood or a lifestyle from food production.

I went back to the interwar years to the 1920s and 1930s and to the foundation of organic growers’ societies in Australia in the 1940s. I analysed magazines, pamphlets, treatise and books produced by Australian organic growers from the 1940s to the present day and I travelled around Australia interviewing organic farmers and gardeners about their beliefs and practices.

Interviewing organic farmers and gardeners and researching documents produced by organic growers revealed that organic growing in Australia was founded on the idea that human health is inextricably linked to the wellbeing of the natural environment. 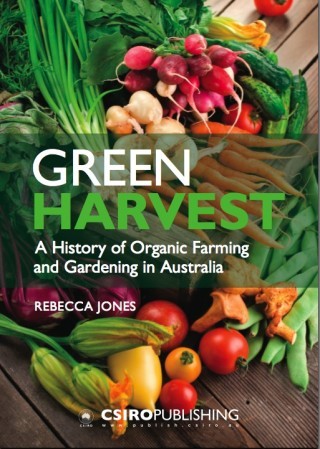 Organic growers’ organisations (with earnest names such as ‘Victorian Compost Society’ and ‘Living Soil Association of Tasmania’) were originally formed at the end of the Second World War around the idea that fertile, humus rich soil was essential to producing healthy plants, animals and ultimately humans.

During the 1950s this idea expanded to include the importance to human, plant and animal health of growing food without the use of synthesized fertilisers, pesticides and more recently herbicides.

By the late 1950s an ecological approach to health was prominent in Australian organic farming and gardening with growers advocating the idea that human health was dependent on the ecological wellbeing of the entire ecosystem, both within and beyond the farm fence.  They argued that food producers had a responsibility not only to produce food grown in humus rich soil and free of synthesised chemicals but to conserve biodiversity and ecosystem health.

In researching Green Harvest, I found that these founding ideas of Australian organic growing have continued to motivate organic farming and gardening principles and practices today.

Of course the development of registration processes for organic farmers in the 1990s, and with it the entry of industrial players, risks reducing ‘organic’ to a buzzword but  I see little evidence that this has eroded fundamental beliefs and practices about health and the environment among organic farmers and gardeners.  If anything, certification of organic farming has reinforced these ideals.

Green Harvest became an environmental history and a health history which touched on some big questions about humans’ relationship with the biosphere.

The idea that humans are dependent on the wellbeing of the natural environment drew on fundamental ecological principles which take us into the future of humans’ relationship with the environment by questioning the way we have imagined nature over time.

• Green Harvest: a history of organic farming and gardening in Australia is available online or by phone from CSIRO publishing at 1300 788 000. It will be launched by Michael Cathcart of Radio National’s Bush Telegraph at the learning centre at CERES in East Brunswick, Melbourne on Saturday 13th November at 2.30pm. 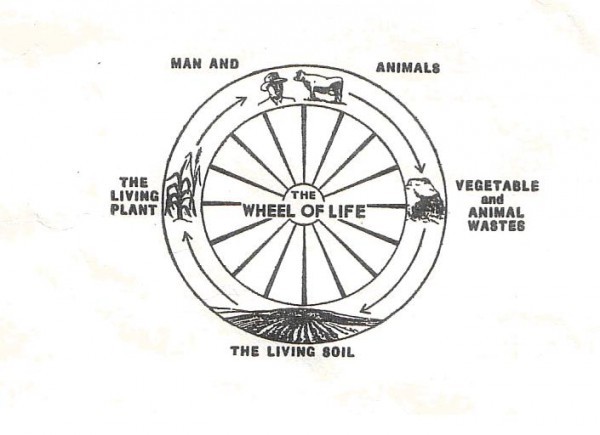 Inequity in health – we can’t handle the truth…