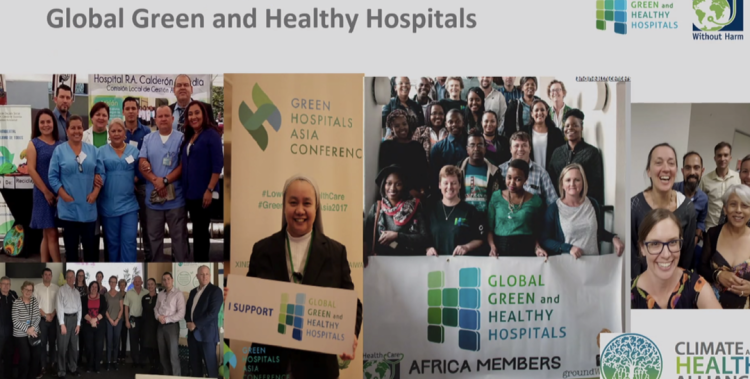 Slide from presentation by Arup Associate Joan Ko on the launch of the Health Care’s Climate Footprint: How the health sector contributes to the global climate crisis and opportunities for action

The United Kingdom’s Labour Opposition committed last week to delivering the “greenest health service in the world“, promising to invest in solar panels and energy efficiency schemes for the National Health Service (NHS), moving to a fleet of low emission ambulances and planting an “NHS forest” of a million trees at hospitals across the UK.

Such a plan has yet to be unveiled in Australia, despite clear evidence that the healthcare sector, whose mission of course is protecting and promoting health, is contributing to ill health by being a huge emitter of greenhouse gas emissions. It is estimated to contribute to seven percent of Australia’s total emissions, around the same as South Australia.

That was a clear message at last week’s timely Greening the Healthcare Sector Forum 2019, which was held over two days in Melbourne by the Climate and Health Alliance, Western Health, and the Institute of Healthcare Engineering Australia – as the UN Climate Action Summit was being staged in New York.

The Melbourne event heard graphic details about the carbon footprint of the health sector, documented in a new report launched by Health Care Without Harm which showed that:

But the event, like UK Labour’s pledge, also highlighted significant opportunities to reduce healthcare’s carbon footprint in Australia, nationally and at a local hospital and health service level, from better lighting and building design, energy and water use, through to reduced pathology testing. 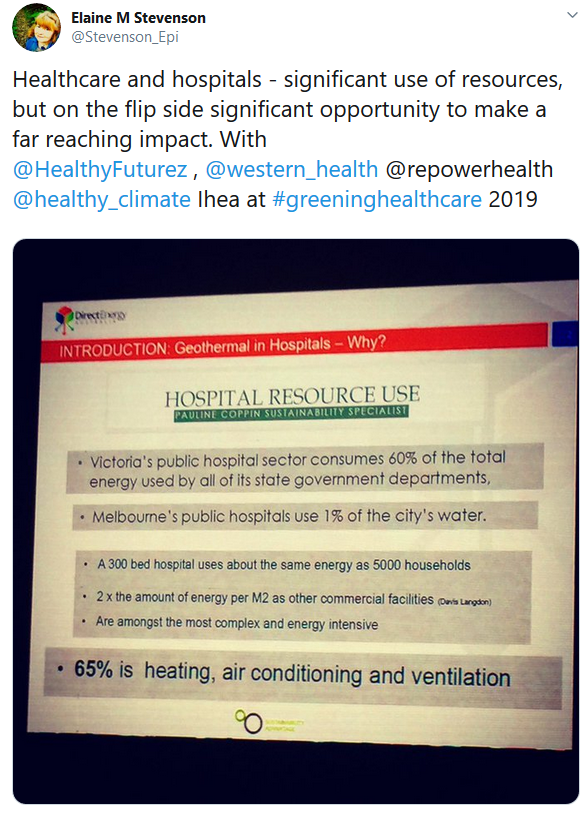 “If you can save one percent of energy in a hospital, you’re saving a lot of carbon,” Ploumis said.

The two-day #GreeningHealthcare event was held at Sunshine Hospital in western Melbourne, a facility run by Western Health, which the forum heard is leading the way in a number of award-winning areas, including:

The forum was facilitated by Western Health pharmacist Grace Wong, who is Founder of Pharmacists for the Environment Australia.

Wong highlighted the potential of holistic building designs – “healthy buildings promote healthy people”. She also noted how too often environmental and wellbeing actions that we make at home – such as Circadian lighting design – aren’t considered for hospitals and patients.

“Daylight exposure has been shown to be able to reduce length of stay in the hospital setting,” she said, following a presentation on building design, construction and features.

That also goes for many interventions on waste and energy use that many health professionals do at home, often routinely and passionately – yet not at work where they can often have bigger impact than at home, she said.

Below are some of the takeaways from the forum via its livestream and Twitter. 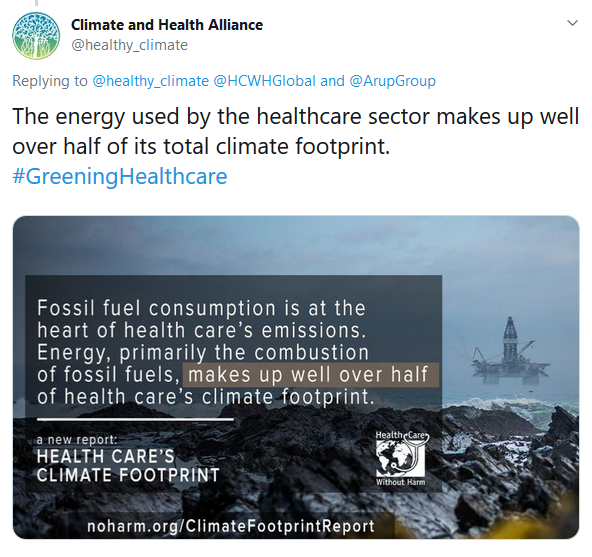 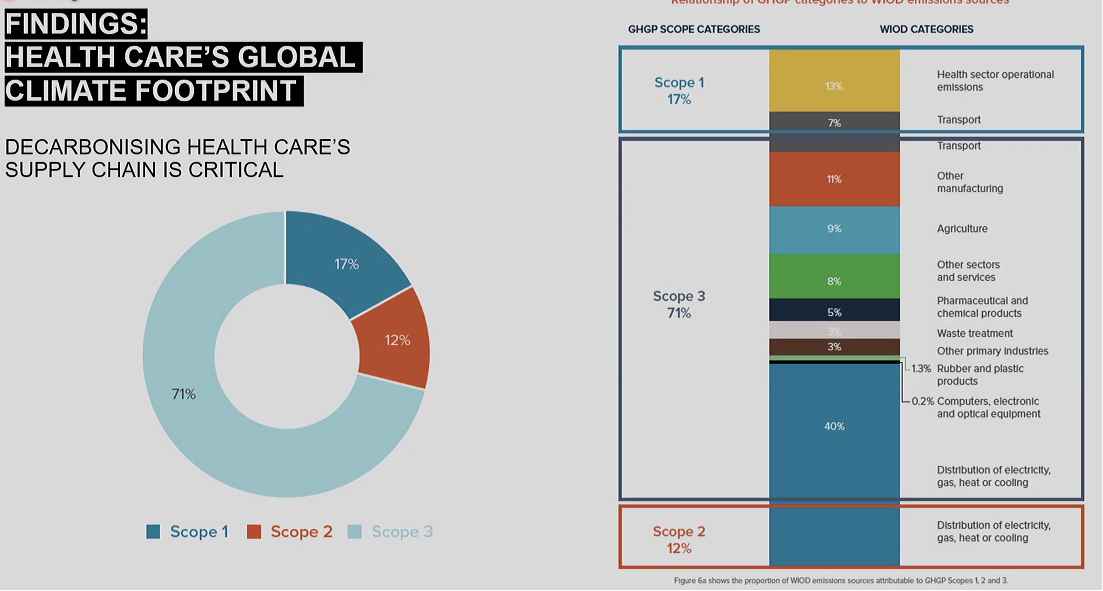 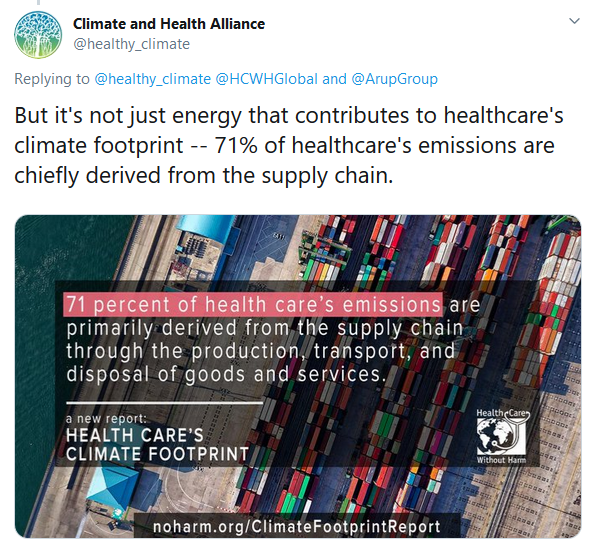 The picture in Victoria: slides from presentation by Tiernan Humphries, Manager, Environmental Sustainability, Victorian Department of Health and Human Services and Building Authority. 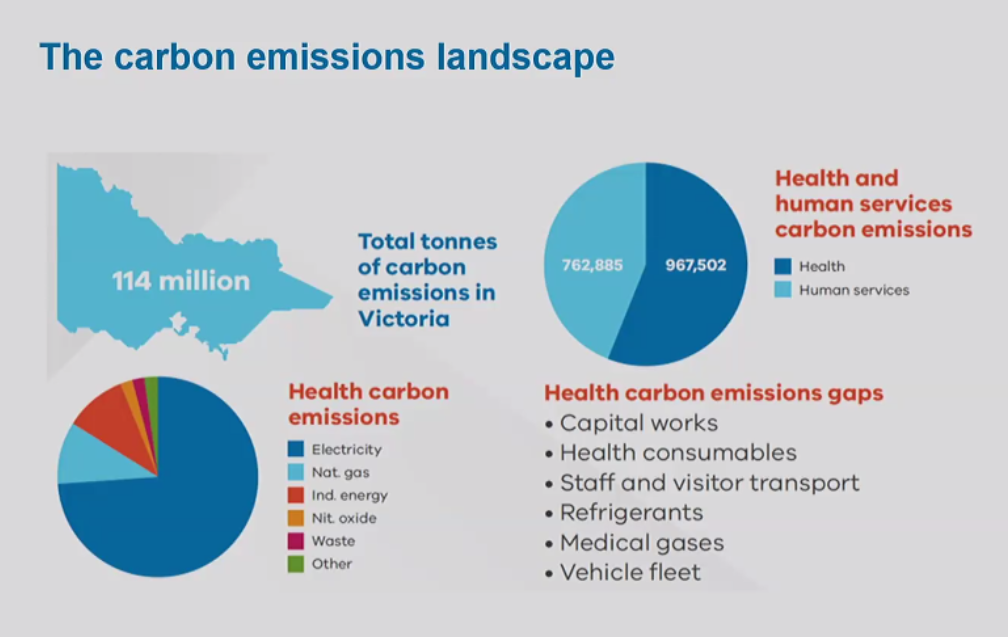 The slides below are from a presentation on the life cycle analysis of pathology testing by researcher Scott McAllister, who cited studies showing the most environmentally friendly coffee may not be what we expect (in some situations, it may be instant coffee). 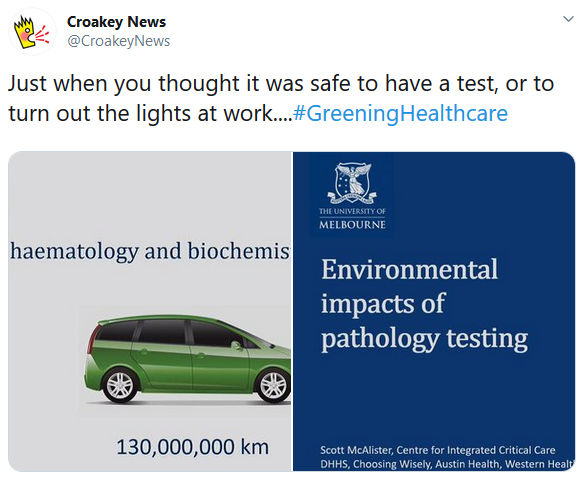 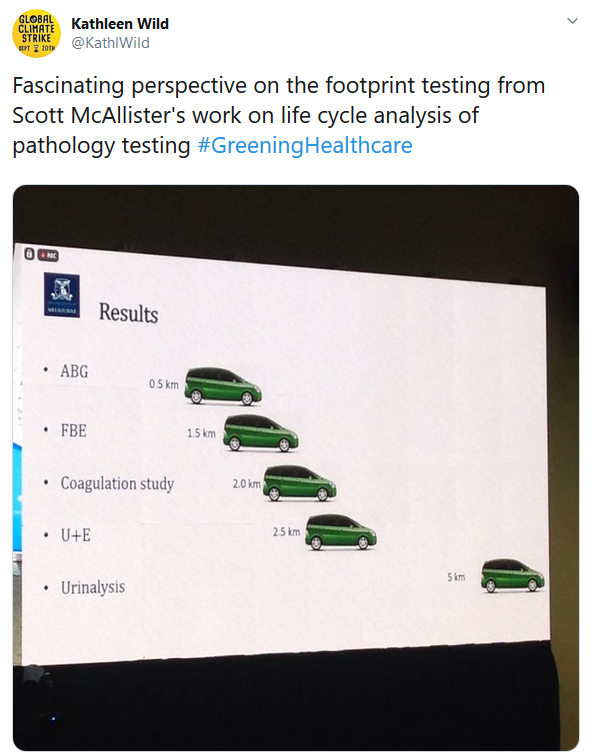 From the presentation by Dr Forbes McGain, anaesthetist and intensive care physician with Western Health and co-author of the 2018 study that estimated healthcare accounts for seven percent of Australia’s carbon footprint.

See also his article on five ways Australian hospitals can reduce their environmental footprint and improve their financial bottom line. 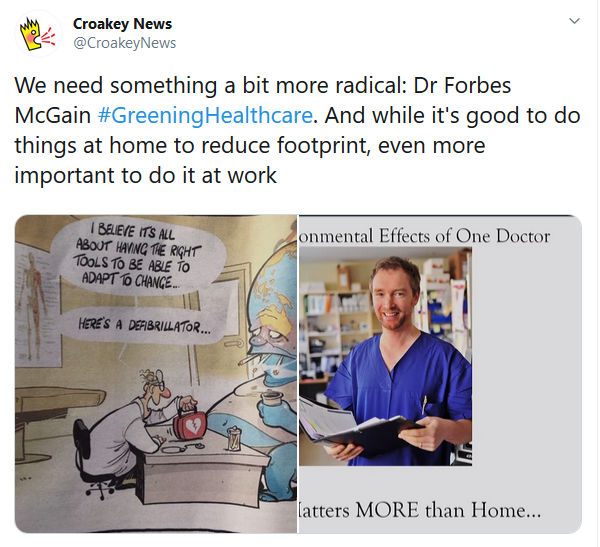 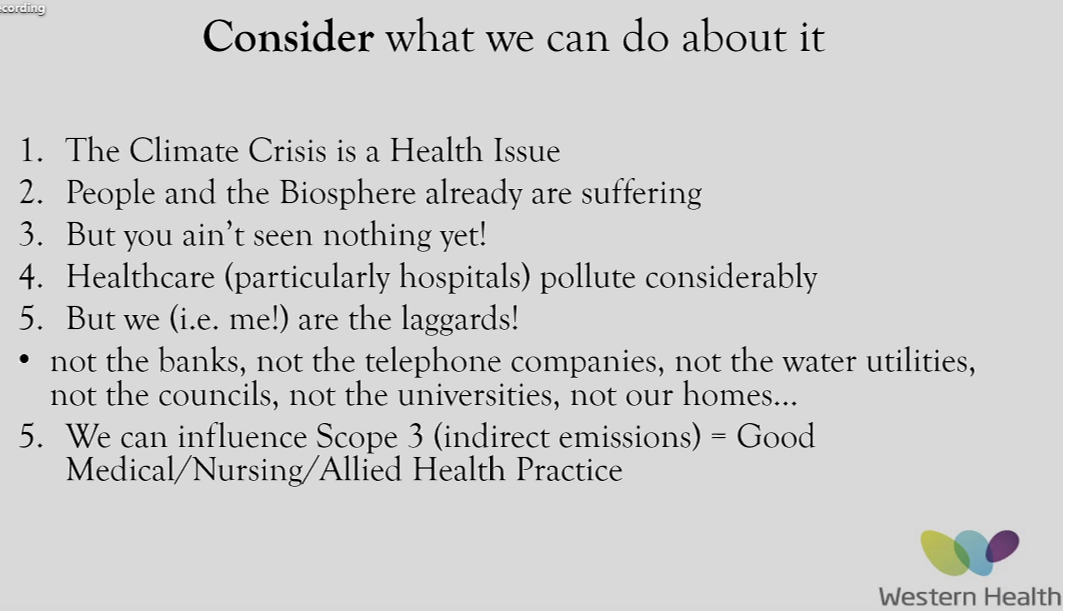 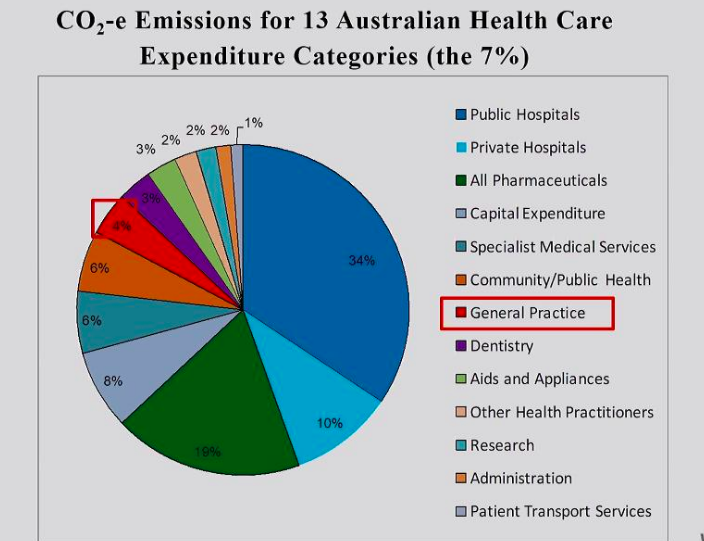 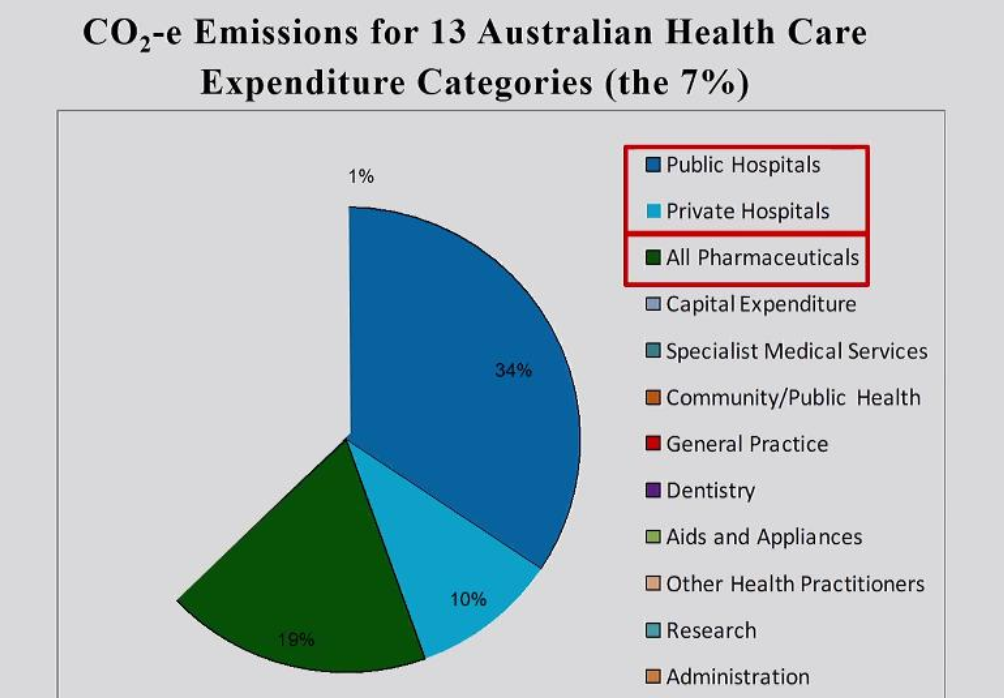 Michael Wheelahan, an environmental consultant and director at Proud Mary Consulting, talked about energy and water planning, including sharing this famous “horrenda-gram” or “horrenda-graphic” from The Lancet. 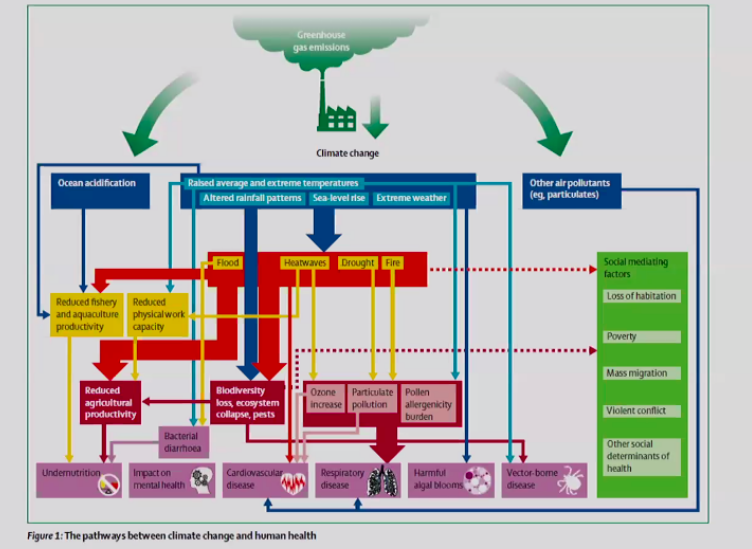 It illustrates that as the health care sector is seeking to reduce its use of energy and water to address climate change, it is also “seeing an increase in demand because of that same climate change,” he said.

Wheelahan said Victoria must reduce emissions by 45-60 percent to achieve the two degrees target in the Paris Agreement but deeper emissions cuts are required if we are to limit global warming to less than 1.5 degrees. 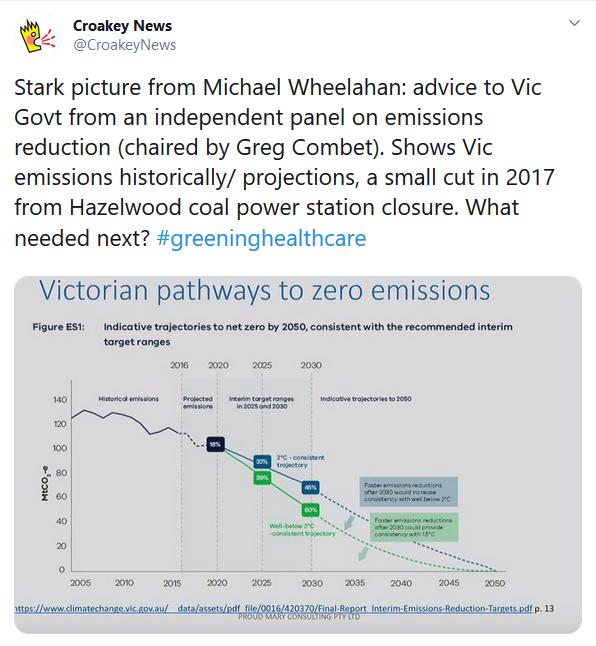 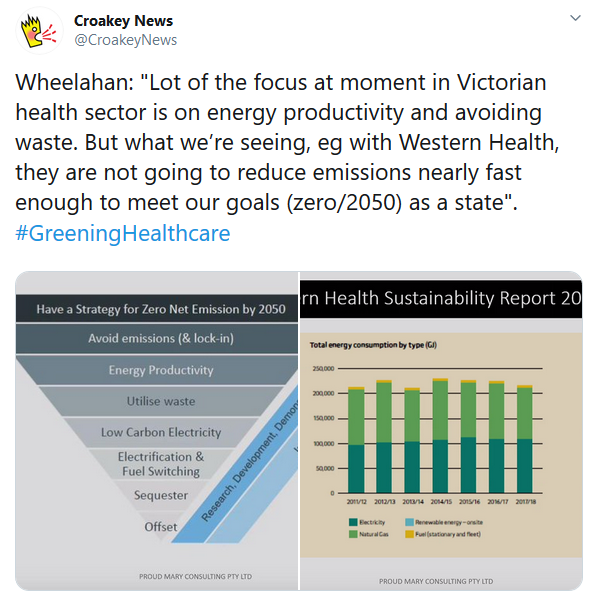 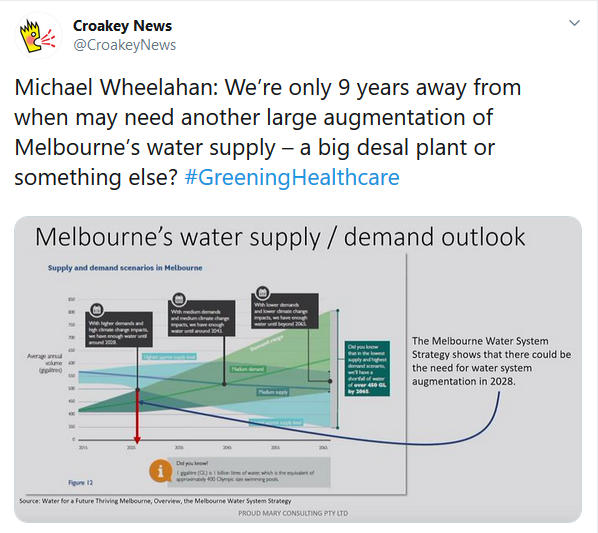 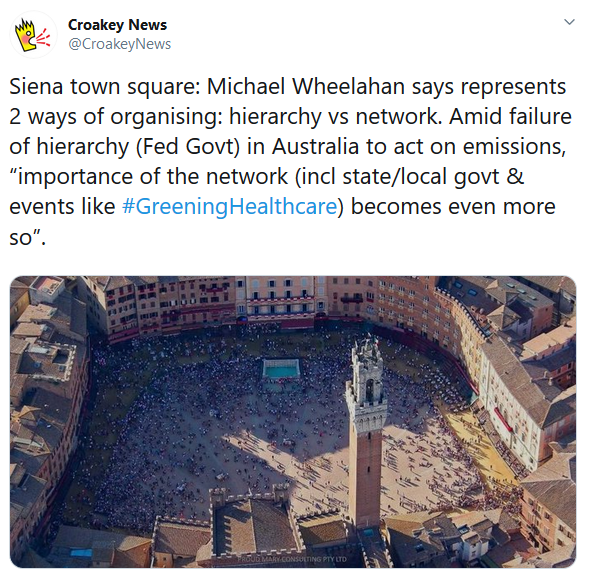 Wheelahan said there is a bright spot in Victoria, with the new Victorian public health and wellbeing plan listing the need to tackle climate change and its impact on health at the top of its 10 priorities.

This meant it was “now on the agenda in the Victorian Government’s strategy where it wasn’t before”.

He said Victoria’s 2017 Climate Change Act provides a process for action and advocacy, by requiring the Premier and Climate Change Minister (yes!) to determine greenhouse gas emissions reduction targets out to 2030 by 31 March 2020 and for the Minister to make a statement on whole of government greenhouse gas emission reductions on or by 1 August 2020.

He urged those attending:

A range of other presenters, including Simon Witts, Principal at ​LCI Consultants, and Caimin McCabe, from Consulting, said changes to building design and construction, including to the National Construction Code, also offer opportunities for typical health care facilities. 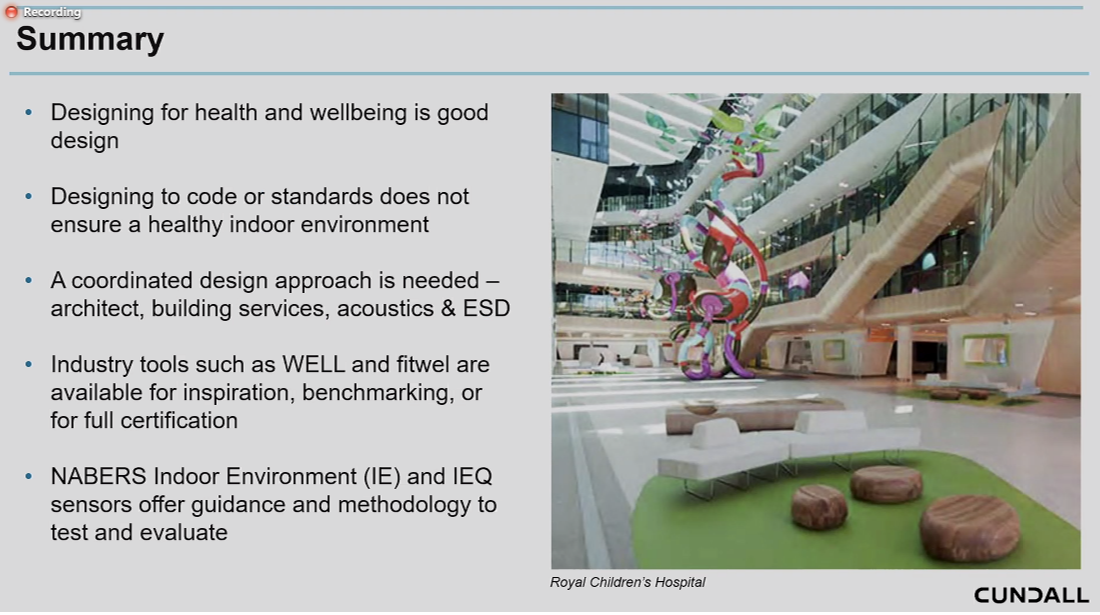 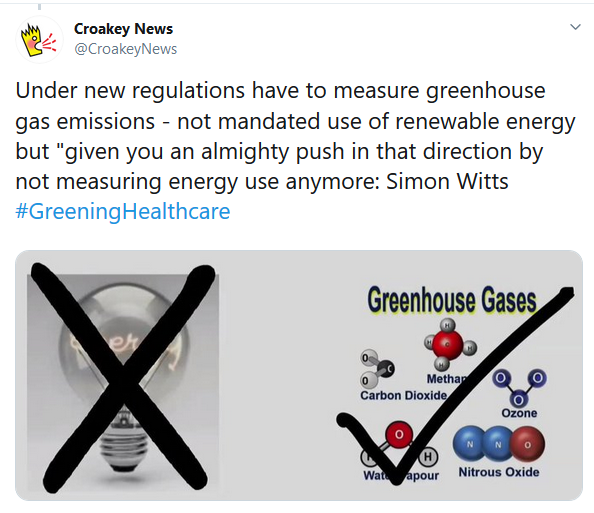 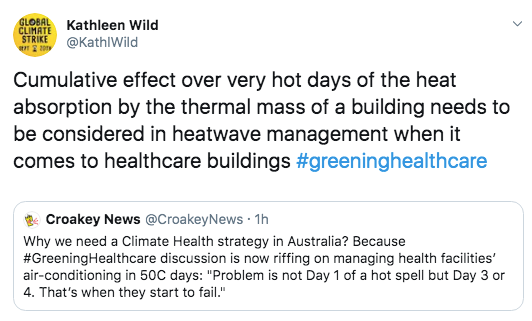 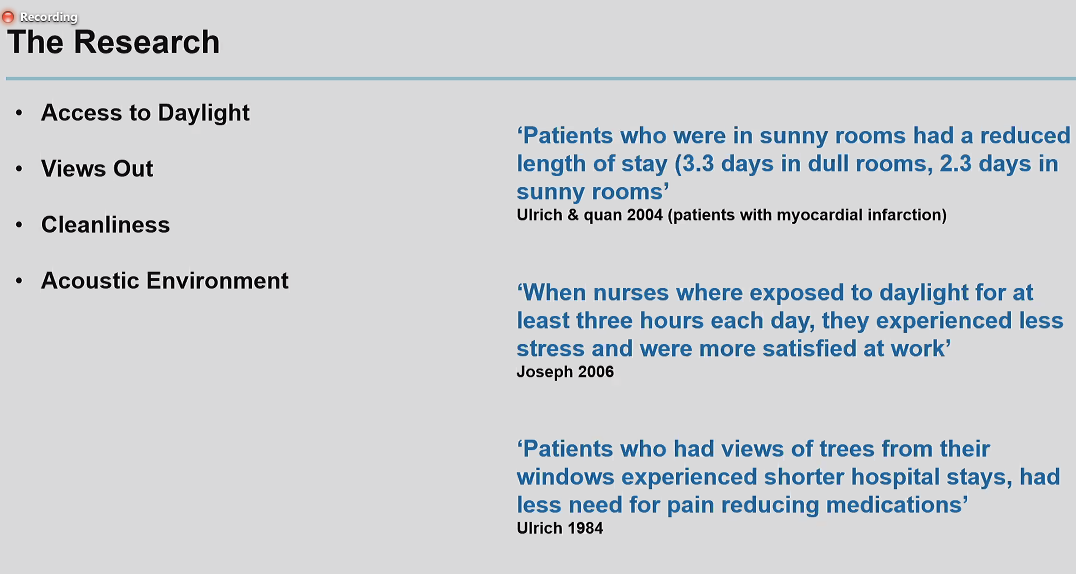 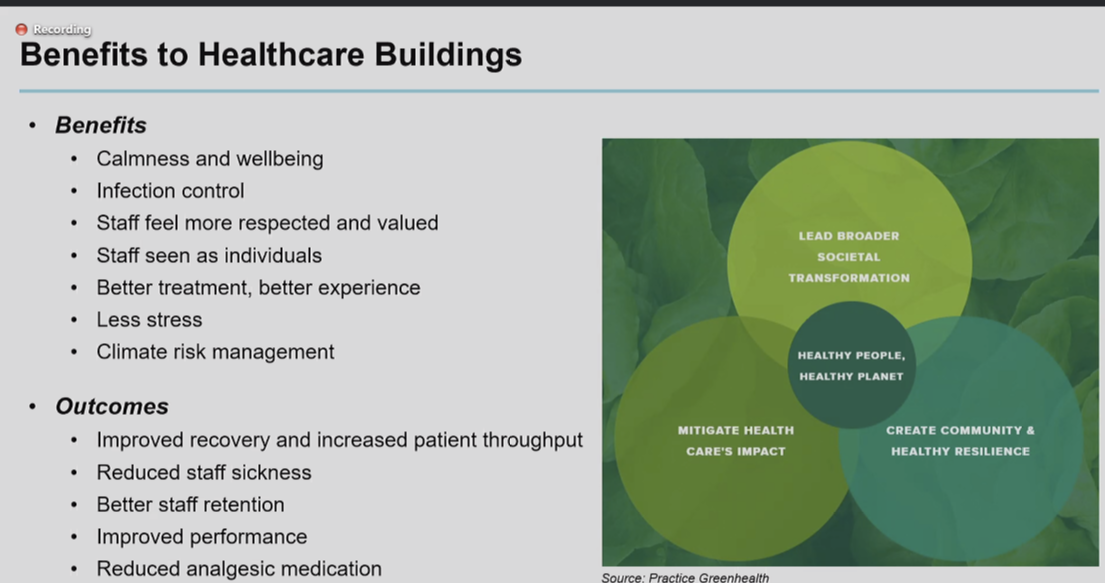 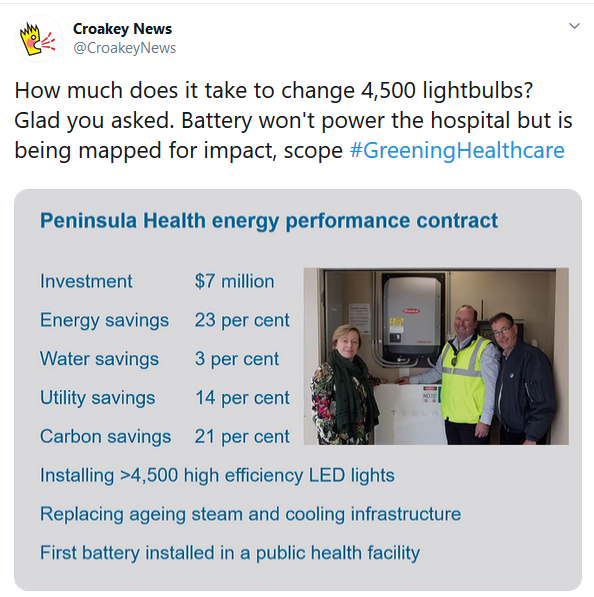 Who tuned in to #GreeningHealthcare?