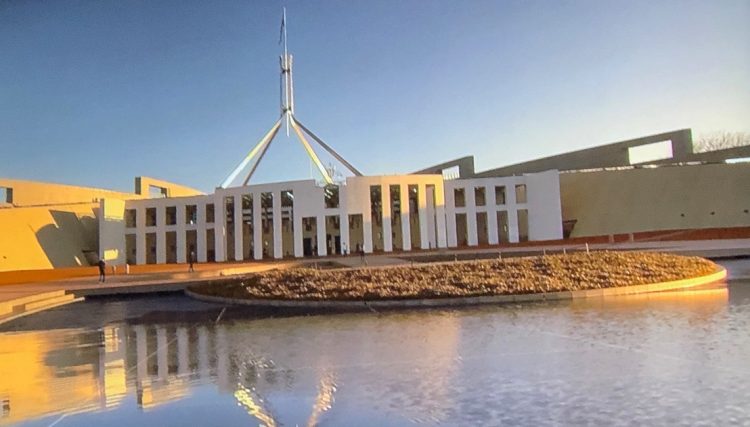 Have our governments become too powerful during COVID-19?

Introduction by Croakey: To address COVID-19, we must stop conceptualising the problem as an infectious disease pandemic and instead consider it as a “syndemic” involving both biological and social factors.

This argument is put forward in the latest edition of The Lancet by editor-in-chief, Dr Richard Horton.

The science that has guided governments has been driven mostly by epidemic modellers and infectious disease specialists, who understandably frame the present health emergency in centuries-old terms of plague, he says.

However, this approach does not adequately address intersections between COVID-19, social and economic disparities and non-communicable diseases that have important implications for prognosis, treatment and policy, Horton argues.

No matter how effective a treatment or protective a vaccine, the pursuit of a purely biomedical solution to COVID-19 will fail, and our societies will never be secure from COVID-19 unless governments reverse profound disparities, he says.

Horton’s argument could be extended further, however, to consider wider intersections with the political determinants of health, including increasing authoritarianism – such as we’re seeing in the United States and Hong Kong.

Most recently, Amnesty International has been forced to shut down its work in India in the face of concerted attacks by a right-wing government.

It is a dismal day when a country of India’s stature, a rising global power and a member of the UN Human Rights Council, with a constitution which commits to human rights and whose national human rights movements have influenced the world, so brazenly seeks to silence those who pursue accountability and justice.”

Last month, The Guardian reported a warning by Australia’s Department of Foreign Affairs and Trade that COVID-19 has fuelled protectionist and authoritarian trends around the world as some countries take advantage of the pandemic to erode the rule of law.

The importance of understanding the pandemic’s impact upon governance, power dynamics and accountability is underscored in the article below by Dr Yee-Fui Ng from Monash University, first published at The Conversation.

In the fight against the coronavirus, the Australian Government has enacted a series of measures that have expanded executive powers. These include the use of smartphone contact-tracing technology, mandatory isolation arrangements and the closure of borders and businesses.

While Australians seem broadly supportive of this type of government control in times of crisis, critics have expressed concerns about the long-term implications of these measures for individual rights.

There are a few salient questions: how does executive power accelerate during a pandemic — and why is this a cause for concern? And what type of oversight of executive power should there be in a democracy?

What is executive power and how does it work in a crisis?

The government of the day exercises executive power to implement programs and policies. Our democratic system dictates that the use of executive power is checked by the other two branches of government: the judiciary and legislature.

But in exceptional times of disaster and crisis, the executive government tends to take a pre-eminent role. Under our biosecurity and public health laws, governments can declare states of emergency and disaster, which give them significant coercive powers.

As crises such as pandemics, disasters or wars threaten the very existence of the nation, the rationale is the government needs these enhanced powers to protect the people.

By contrast, the parliament and courts tend to stand on the sidelines and reduce their scrutiny of these powers.

Read more: Explainer: what are the Australian government’s powers to quarantine people in a coronavirus outbreak?

How has executive power been used in the COVID pandemic?

During the COVID-19 pandemic, we have seen an expansion of executive power at both the federal and state levels.

The government also has the power to detain and isolate people who are suspected of being infected with the virus.

State public health laws have also been used to imposed a range of coercive measures, such as mandatory quarantine, compulsory wearing of face masks, restrictions on people’s movements and gatherings, the closure of businesses and border closures between states.

How has parliament reacted during the crisis?

Alongside the expansion of executive power has been a decline in parliamentary scrutiny. The federal and state parliaments have been recessed for long periods during the pandemic. As a result, they are not scrutinising government action to the extent they should.

Even when parliament convenes during the pandemic, it passes legislation hastily without much scrutiny. For example, the COVIDSafe contact-tracing legislation was rushed through parliament in three days, despite significant privacy concerns.

Another issue is parliament has delegated powers to the government to make major decisions by ministerial decree — both during and outside of a public emergency. This further increases executive power. The Centre for Public Integrity estimates such decisions have doubled in the past 30 years.

Parliamentary committee action has also been limited during the pandemic. At the federal level, the Parliamentary Select Committee on COVID-19 and Senate Standing Committee for the Scrutiny of Delegated Legislation were set up to scrutinise government decisions and delegated legislation during COVID-19.
However, 19.1% of the government decisions and actions made since the beginning of the crisis are immune from parliamentary scrutiny.

Why should we worry about expanding executive powers?

State police, aided by the Australian Defence Force, have enforced restrictions on individual movement and assembly. There are concerns the police and military have at times implemented these restrictions in a heavy-handed way.

For example, in New South Wales, a man was fined $1,000 for eating a pizza alone in his car on the way home after being laid off from his job.

Police also threatened to fine two women walking in a park with babies for violating the two-person gathering rule. The attorney-general later clarified that babies were not counted under the rule.

Also, research of wartime laws has shown some supposedly “temporary” coercive measures have persisted long beyond a time of crisis and become permanent.

For example, the current Crimes Act has replicated unlawful associations provisions from the first world war.

And Australia’s national security laws have exponentially increased in the years since the terror attacks of September 11 2001. Governments have strategically deployed these sweeping executive powers to punish protesters, journalists and whistleblowers.

Thus, executive powers need to be closely monitored to ensure they are rolled back after a crisis.

What sort of oversight of executive power should there be?

So, how can we enhance government accountability in a pandemic?

In the midst of a pressing national crisis, legislative safeguards are required to protect individual rights and freedoms.

All legislation enacted during the crisis should automatically expire or be periodically reviewed. All delegated legislation should also have an automatic expiry date and be of short duration. This is not universal practice for all laws made during this pandemic.

All coercive powers under emergency health laws, such as the detention of those suspected of having COVID-19, should be subject to both court and tribunal review to allow for adequate legal scrutiny of government actions.

And both parliament and the courts should carefully police the executive’s use of its extensive powers during the pandemic.

More broadly, given the quiescence of parliament and the courts in times of crisis, further independent oversight in the form of a federal anti-corruption watchdog is essential.

In the heat of a crisis, the vast expansion of executive powers — coupled with a sophisticated regulatory state that has the capacity to closely monitor and police its citizens — generates great risks for individual rights and liberties.

We need to be vigilant to ensure these powers are not abused and are rolled back at the end of the crisis.

PrevPreviousWorking for zero barriers to sexual and reproductive health care
NextSave the date! A virtual CroakeyGO all about gambling harms – 19 OctoberNext