Have we reached a critical tipping point with healthcare?

The related issues of overtesting, overdiagnosis and overtreatment seem to have reached something of a tipping point in recent times.

It seems that almost every day, there is some new development in the field:

• another conference (this week Missing the Target, when practitioners harm more than heal, while this one on preventing overdiagnosis is calling for papers).

• a new book (eg How we do harm: a doctor breaks ranks about being sick in America).

• or a media article (eg a report from Sue Dunlevy in The Weekend Australian questioning the merits of spending more on healthcare).

I recently wrapped some of the recent developments for this article for Inside Story, Overtested, overtreated and over here.

Other developments not covered in that wrap include:

• A TEDMED talk by Ivan Oransky, the executive editor of Reuters Health, reported by The Atlantic as The preposterous epidemic of pre-diseases, has generated some interesting discussion around the merits or otherwise of labelling people “previvors”, which by one definition is: individuals who are survivors of a predisposition to cancer but who haven’t had the disease.

• The New York Times on When Costly Medical Care Just Adds to the Pain.

• The Reporting on Health blog is running a series of articles to help health reporters avoid disease mongering (an example of which has recently been highlighted in Australia around the marketing of concerns about low testosterone levels) and to generally be more questioning of claims about the benefits of interventions.

Perhaps a tipping point of sorts has been reached: that accepted wisdoms and cultural beliefs that “more healthcare is always better” are no longer so widely accepted or believed.

Or maybe it is just that the connections enabled by online publishing are bringing greater prominence to the issues, and are making it easier for people like me to join the dots?

Meanwhile, Alan Cassels, the Canadian author of a new book, Seeking Sickness: Medical Screening and the Misguided Hunt for Disease, questions some of the “accepted wisdoms” around screening in the article below.

How perfectly healthy people are turned into patients

What could possibly be wrong with having a mammogram? Or a PSA test for prostate cancer? Even a full body CT scan?  Finding the signs of illness before it strikes you down is always the best course of action – isn’t it? 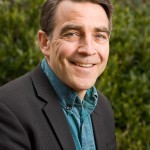 You might have similar thoughts when offered a routine screening test, ultimately believing that screening for illness before it happens can only do good.

So, you may be in for a shock, as I was, when I discovered how often medical screening has overpromised and under-delivered.  And how frequently the “screen early, screen often” paradigm – including even simple blood tests to check for high cholesterol – can rapidly turn perfectly healthy people into patients.

Unnecessary care can be bad for your health: Prostate and breast cancer screening

The poster child for inappropriate and harmful screening is probably the full body CT scan, which is routinely promoted with a ‘better safe than sorry’ message that is compelling, but neither supported by independent experts or good science.

Here’s what not advertised: a full-body scan is pretty much guaranteed to find some kind of abnormality that likely won’t hurt you.

In a study in the medical journal Radiology of 1,000 symptom-free people who underwent full body CT scans eighty-six percent of patients had an abnormality detected. The average person had 2.8 abnormalities revealed by the CT scan – items which appeared unusual, but either disappeared on their own or were so slow-growing that they never went on to threaten the individual.

Even for screening programs that are well-studied, such as those for breast or prostate cancers, the chances of being saved by the test are often outweighed by the possibility that the individual will be hurt by the testing or possible treatments which follow.

Yet, since most of us know someone whose life has been ‘saved’ by a test, we submit.

The PSA test, which screens a man’s blood looking for risks of prostate cancer, might seem like a no brainer for many men, especially those who have lost brothers or a father  to the disease.  But it is very controversial, even with some experts saying they shouldn’t be done at all.

But what most of us aren’t going to hear is that when an individual has a high PSA score (which could be caused by many things), the doctor can’t tell if the patient has the slow growing-type of prostate cancer that the majority of men eventually get (and won’t die from), or the fast-growing type that can be quickly lethal.

Here’s the data from the most recent research: to save a single man dying from prostate cancer, 1,410 men need to be screened, and of those, 48 will undergo treatment (with chemotherapy, surgery or drugs).  About 30 of the treated men will end up impotent or incontinent (a possible consequence of the treatment).

Screening can be a terribly difficult and emotional decision because many of us don’t think in terms of numbers like these.  Medical screening falls under the spell of the “popularity paradox” where despite high levels of false positives for many tests (common in breast, lung and prostate cancer screening especially),  people still rally behind them.  We ask our friends and relatives to help raise money for ‘the cure’ and are cheerleaders for the message of early detection.

In the world of breast cancer screening, many of us know a woman who has dealt successfully with the disease, and are led to believe that early screening saved a life.  The truth is that some women, even with screening, will die. And many women, without screening, will be treated successfully.

What’s often not factored into the decision-making process is the potential harm incurred from the many false positives, the subsequent radiation from repeated testing, and the pain and suffering from potential biopsies and treatment.

One of the most common side effects of medical screening – the wrenching psychological impact of telling someone they may have cancer when they don’t – is rarely taken into account. And it’s significant.

The latest research for breast cancer screening says that you’d have to give mammograms to 2,100 women aged 40 to 49 every two years for 11 years to save one life.  In the interim, screening will result in almost 700 false positives (think more testing, more x-rays and investigations) and about 75 women will have an  unnecessary biopsy.

Some screening is harmful, but some can also be helpful, such as screening for colon or cervical cancer where there is evidence screening the right people at the right time can save lives.   The principle here is that even when saving a life by screening seems the intuitive and right thing to do, it’s not a deal you should ever enter into without understanding the probabilities – your chances of being helped or hurt by the test.

Stories of lives saved may be compelling but they are rarely representative of the reality for most people who undergo screening.

Alan Cassels is a drug policy researcher at the University of Victoria.  He has spent the last 18 years studying how clinical research and experience on pharmaceuticals is translated for policy-makers, prescribers and consumers.  He led a team of Canadian researchers to carry out the first ever study of Canadian newspaper coverage of new prescription drugs. (published in the Canadian Medical Association Journal in April  2003) and has frequently reported on consumer health issues for magazines, newspapers and the long-running CBC Radio program IDEAS.  He is co-author, with Australian journalist Ray Moynihan of Selling Sickness: How the World’s Biggest Pharmaceutical Companies are Turning us All into Patients, about the role of the ethical drug industry in underwriting the creation and marketing of illness.   His second book, The ABC’s of Disease Mongering: An Epidemic in 26 letters (Emdash Book Publishing, 2007) an illustrated verse-form, yet footnoted volume was described as “Dr. Seuss taking on an overmedicated and over-diagnosed culture.” Alan’s 3rd book Seeking Sickness:  Medical Screening and the Misguided Hunt for Disease, about medicine’s  “screen early, screen often” mentality that is capable of inflicting considerable harm on unwitting consumers was launched in May 2012. Alan Cassels has lectured in journalism schools in Canada, the US and Australia on the essentials of pharmaceutical reporting. His website www.alancassels.com is a place where “media and medicine meet.”  Follow him on twitter at: @AKECassels

• In the next Croakey post, Carol Bennett from the Consumers Health Forum will argue the need for better information for consumers and patients, to ensure true informed consent.

The national women’s health summit: what we learnt

PrevPreviousLeaked letter reveals pressure on NHMRC from the anti wind farm brigade
NextInformed consent: it’s not a reality for too many patientsNext