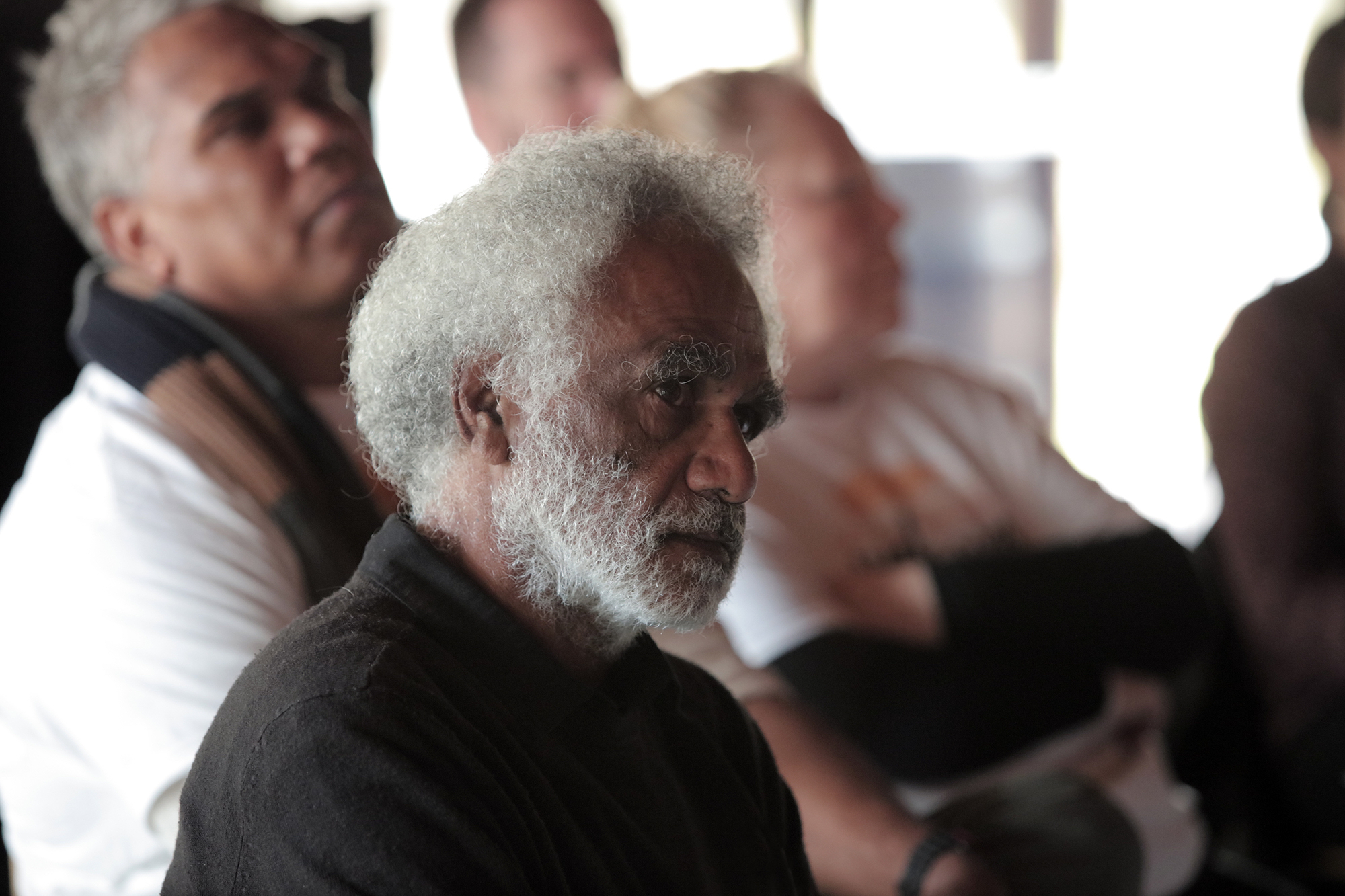 Introduction by Croakey: Heal Our Way is a NSW Aboriginal and Torres Strait Islander Suicide Prevention Campaign funded by the NSW Ministry of Health under Towards Zero Suicides (TZS) initiatives.

Led by Cox Inall Ridgeway in partnership with Aboriginal communities in NSW, health leaders and people who have lived experience of suicide, the campaign aims to provide practical resources to community members to equip them with the skills to have safe conversations around suicide.

Read Croakey’s story about the launch of Heal Our Way campaign here. Below, the story of Uncle George Ellis has been shared as part of the Heal Our Way NSW Aboriginal Suicide Prevention campaign.

Uncle George Ellis is a descendant of Kinchela Boys Home. He is a Gomeroi and Likaparta man who now lives in the Northern Rivers of NSW.

This article contains discussions around the topic of suicide.

The question of suicide was ever present for me in my life, as it is for a lot of Aboriginal people. It’s not something that just comes up at certain times. With my lifestyle and the way I’ve grown up, I feel like I’ve been targeted in a lot of ways.

I was born in Sydney and spent about seven years in Marella Mission in Kellyville (NSW). I was taken there when I was only two years old.

Mum could come and pick us up intermittently, but I wasn’t back in her full-time care until 1973 or 1974.

A lot happened in my life after that. I left school in Year 10 and worked as a panel beater, in offices, as a labourer and as a health worker. I’ve also worked as an Aboriginal teacher’s aide, in abattoirs and in landscaping.

Things haven’t been easy for me. I’ve had difficulty with housing and health issues and have struggled to get on the disability pension. Things that I think of as basics, like a decent wage, have often been out of reach. Growing up in Sydney, there was also a lot of racism and I’ve been overlooked many times for different positions based on who I am, my skin colour.

When you feel like you are constantly pushed and neglected, you just keep asking why. Why don’t I have rights that other people have? It just messes with your head, and you ask yourself if it’s all worth it.

I’m just being honest, because I know that my story is one that is probably shared by many people. And when we talk about suicide in our communities, it’s important to be honest, because as hard as it might be to hear, our stories can also build our strength.

If I think about my Mum and Dad, they were smart and intelligent people and I noticed how they were adversely affected because of the colour of their skin.

They were both high achievers and were highly educated. They were both overlooked for their talents and their worth. But they would not allow that to affect how they did things.

For me, I stand proud in their shadow. Their strength is what has helped to give me strength.

And I’m just hopeful that if people can see me for who I am and see what I’ve gone through, and see that I had the personal courage to get through it, they’ll think ‘I can do that.’ Because our Mob can do that.

For me it has been the inner strength I’ve been able to gain from my own experiences and through looking at things differently from other people. Instead of letting it put me down, I try to build myself up from it.

What we’ve done with Heal Our Way, which is what we need to keep doing, is to put these kinds of stories at the centre of our conversations about suicide. They are stories of strength, sadness, resilience, hurt and hope – but they important because they are real.

They also bring us together because they are shared experiences in our communities and that way, we can address them as a community.

There have been many campaigns and messages made for us that talk about sharing stories to raise awareness of suicide, but we have to do much more than that.

We can’t just stop at encouraging people to talk, we have to actively support them to do it safely. And to make everyone feel like they can talk about it.

What has really helped me is being listened to and taken seriously. It helps to feel respected and to feel trust. You can’t just have people promising the world and giving you nothing. It’s not all about what people can do, it’s about how they listen in a safe and supportive way.

Being able to talk to someone comfortably is very important. You need to feel that there isn’t going to be any ridicule or reprisal. We have to make sure that everyone in our communities can start these conversations, hear them and support them safely. It’s about changing the language and changing the approach as well.

It can just help people feel like they aren’t alone, but also, that it’s something we as a community can do together. There is a lot of strength in that and that’s what a lot of people don’t always see.

We can build the resilience we need.

For me, my biggest defense has been pride in who I am. I take my name with pride. My family and community have guided me too. I think of the time I’ve spent with my Elders, my grandmother, my grandfather, my mother, my father, my Uncles, my Aunties – they lead the way for me in a lot of things.

I’ve taken the example of what they’ve done in their lives and the adversities that they’ve gone through. Because their times were a lot harder than mine and if they were able to get through that, then I knew I could get through what I had to get through.

For some people, it might be a case of clinging to whatever they can at the moment, but if they can hang onto something, then that gives them a little more foundation to work with, something to build on and a way to change things.

And hopefully, like me, find strength in following in the footsteps of the ancestors.

The Heal Our Way campaign has been developed by Aboriginal social change agency Cox Inall Ridgeway, in partnership with the Aboriginal health sector, health leaders and people who have lived experience of suicide. The aim of the campaign is to provide practical resources and tools to community members, to encourage safe conversations about suicide. The campaign has been funded by the NSW Government.