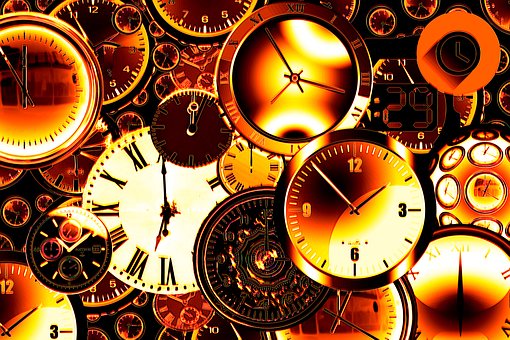 Health advocacy: for starters, don’t expect an hour with the Minister

Barnes, a consultant who is best-known in recent times for his advocacy of the $7 GP co-payment, provides 6 practical pointers for lobbying government on health, within an over-arching message to “bring thought-through, win-win solutions, not just gripes about the problem and insisting the Government fixes it.”

Click on #HealthMatters to see other stories related to our coverage of the summit.

Gordon Gregory is one of the gentlemen of public policy.  He has a corporate memory that goes back decades, he is unfailingly courteous in his engagements with government, and in his career he has been on both sides of the table as both lobbyist and lobbied.  It always a pleasure to deal with him.

But while Gordon’s advice on how best to use an hour with the Minister is well-intentioned, it’s somewhat unrealistic too.

Having worked, like Gordon, on both sides of the ministerial office desk, and especially for two Health ministers, I came to respect the intelligence, conviction and, often, idealism of health professionals and health advocates.  Most believe passionately in their particular causes, genuinely put the needs of others ahead of their own, and want to make the world a healthier and happier place.

But I also found that that sense of mission and conviction made many of those same people difficult to deal with, utterly convinced that their concerns and solutions are beyond question, and that politicians and taxpayers are there simply to indulge their priorities.

And as for the health professional hierarchy, those used to exercising professional authority carry over their attitudes and behaviour to the very people they’re aiming to influence.  When I worked in Health ministers offices and took calls from doctors, I decided that the first name of every medical practitioner must be Doctor – it was always “This is Doctor Smith speaking”, not “Hi, Mary Smith here, can we talk?”.  Treating potential allies like underlings is not a good start to building a professional relationship.

And as for spending an hour with the minister, unless you buy their time at a fundraiser or whatever, only the very powerful like the heads of the Australian Medical Association (AMA) or Pharmacy Guild could expect such VIP treatment.  If the minister sticks their head into your meeting with an adviser, count yourselves very lucky.  But if you get face time with them, expect 15-20 minutes, at most a half-hour.  Pitch accordingly.

But my biggest advocacy beef from my days in politics is that healthcare professionals and advocates always see things from their own perspective.  They hardly ever see it from the minister’s or the government’s.  Tony Abbott as Health minister used to say, “don’t bring me a problem, bring me a solution” but, other than asking taxpayers to shell out a lazy few hundred million for their wish list, very few constructive suggestions about how to move an agenda forward were ever offered: more than a few, when challenged on this, used to say: “Isn’t that the government’s job?”  Rubbish.  Those who want to spend public money share the responsibility to spend it wisely.  Anything else is rent-seeking.

So, to complement – and challenge – Gordon Gregory’s thoughtful advice, here are a few practical pointers to help those who want to get the best possible return from their interactions with government:

In terms of the most pressing current political issue in Health portfolio, the future of the MBS rebate freeze, these rules are very important but mostly don’t seem to be applied.

Above all, though, those who advocate ending or loosening the freeze – including the AMA, Royal Australian College of GPs, and other specialist Colleges and associations –  should think about these pointers, and especially the finding an offset rule.

Just to raise the average Medicare Benefits Scheme rebate for GP and related services by $7 – incidentally the value of the now-deceased GP co-payment with which I have a passing association – would cost the budget almost $1.1 billion a year.  The government is more likely to do something if it can offset that big new spend by finding savings elsewhere.  If that is the desired outcome, health professionals and advocates have a duty to help the government out of its fiscal difficulty, not palm it off as someone else’s problem.  And that means realistic offsets: if, for example, you believe private health insurance rebates are immoral and should be redirected to public hospital funding, bear in mind that the elected government of the day begs to differ.

What former Health secretary Jane Halton typically and cynically called “Washington monument” savings – being seen to offer something knowing it won’t wash practically or politically – just won’t do.  Bring Greg Hunt thought-through, win-win solutions, not just gripes about the problem and insisting the Government fixes it.  Believe me, the government has got the message about dealing with the rebate freeze from the election campaign.

There you have the advice of an old stager, for what it’s worth.  Believe in and advocate your causes, but please be practically, politically and fiscally realistic in how you go about it.

PrevPreviousWho will be the next WHO Director-General? Watch the final 3 nominees make their pitches
NextInternational Women’s Day: urgent work to make childbirth safer in AfghanistanNext