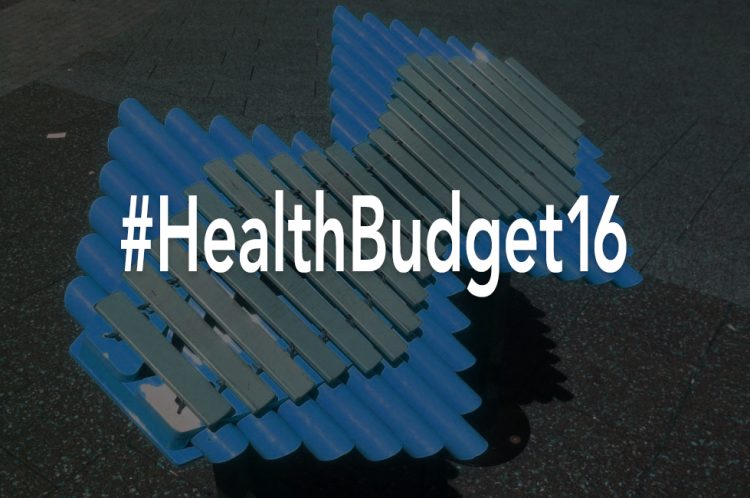 As the responses to the Federal Budget roll in, Croakey will continue to update its wrap of stakeholder reactions.

The commentary below focusses on some key Budget announcements in the areas of Medicare, primary health care and Indigenous health.

Further commentary on how the Budget will impact on other areas of the health system, including mental health, rural health, public health and hospitals, will follow in Part 2.

The catering was ample and the Budget papers were not only available (a plus after last year’s budget-paper-free event) but helpfully colour coded. However that is where the joy ended for the health sector representatives attending the Budget Lock-up last night.

With not much on offer, the Health Minister made the understandable (but disappointing) decision not to attend the briefing, leaving Departmental Secretary Martin Bowles to outline the Government’s spending and savings measures in the health portfolio.

Mr Bowles appeared almost apologetic as he reminded attendees that he was there simply to report Government policy and funding decisions and not to justify them.  Clearly he was under no illusions how many of the decisions would be received, stating that he knew ‘many of the measures are not what the sector wants to hear’.

In his introduction, Mr Bowles focussed on the need to eliminate waste and poor quality care, through measures such as implementation of the recommendations of the MBS Review and the Health Care Homes pilot, aiming to reduce growth in the MBS by improving chronic disease management.

The big ticket item in the Budget, which overshadowed most of the other initiatives, was the announcement of the 2 year continuation of the freeze on Medicare rebates – saving the Government around $925 million.

Stacked up against this massive saving, any of the other spending measures in the Budget ($29.9 million for a National Cancer Registry, $21.2 million for Health Care Homes, $2.2 million for national device registries and $0.8 million for perinatal depression…..etc) looked fairly unimpressive.

Predictably, medical and doctors’ groups reacted strongly to the announcement of the rebate freeze, with the AMA accusing the Government of ‘taking $1 billion out of the pockets of Australian patients and household budgets by extending the Medicare rebate freeze.’

A number of other health groups, including Consumers Health Forum and Catholic Health Australia, warned that the continuation of the freeze, along with other changes, such as the cuts to pathology and diagnostic imaging incentives, would result in increases in out-of-pocket costs to consumers.

Croakey talked to a Departmental representative about this issue and asked if the Department had undertaken any modelling on the likely impact of the rebate freeze. She indicated that while they had not done any specific modelling on this Budget decision, on the basis of previous experience they expected there to be no change in bulkbilling rates although possibly an increase in the size of the co-payment for non-bulkbilled services.

Despite the fact that it was ripping almost a billion dollars out of MBS rebates, the Government appeared to have no problem talking up its commitment to Medicare, describing the ‘Healthier Medicare’ package as ‘revolutionary’ and ‘one of the largest reforms of the health system since the introduction of Medicare’.

This package includes $21.2 million for the Health Care Homes pilot which a Departmental representative told Croakey would be spent on infrastructure, such as risk stratification software.  While the planning is still in the early stages, he confirmed that the pilot would focus on 200 practices and involve cashing out current funding streams, such as Medicare, chronic disease item numbers and possibly also funding from state governments and private health insurance.  He also stated that there would be consumer involvement in all stages of the pilot and that a comprehensive evaluation was planned, with one key outcome measure being avoidable hospitalisations.

The program will be overseen by an expert committee and a number of sub-committees focussing in specific aspects of the pilot (such as training and support).  The Department also confirmed the short timeframe for the pilot – only 18 months before it has to go to Cabinet with a recommendation about whether it should be rolled out nationally.

Another measure the Government was talking up was the implementation of the first round of recommendations from the MBS Review Taskforce.  This involves the removal of 24 items from the MBS and the restriction of two items to patients less than 16 years of age.

While clearly any reduction in funding for low value or obsolete services is a positive move, the predicted savings of $5.1 million over four years fall well short of the $500 million a year that had been suggested as possible savings from this process.  While the review is still in its early stages, the very modest savings garnered so far do raise questions about how much we can expect from this process in the long run.

Disappointingly, despite the multiple images of Indigenous people in the Department’s graphically-designed promotional presentation, there was little mention of Aboriginal and Torres Strait islander health issues in either the Secretary’s speech or the media materials.  At the end of his presentation Mr Bowles mentioned briefly that there were some small allocations of funding for programs targeting Indigenous Australians, such as $10.5m over four years for a Fetal Alcohol Spectrum Disorder prevention program, $4.5 million to reduce the risks of communicable diseases in the Torres Strait region and $0.4m to extend the existing National Partnership Agreement on the rhematic fever strategy.

Clearly, this is an inadequate on both a practical and symbolic level to address the multiple factors that contribute to the significant health gap between the health and life expectancy of Indigenous and non-Indigenous Australians.