Introduction by Croakey: Antimicrobial resistance (AMR) is one of the leading public health threats of the 21st century, with health leaders fearful that the world is “silently walking into another pandemic”.

A landmark study published this month in The Lancet has generated international alarm and reinforced calls by the World Health Organization for a global, coordinated action plan to deal with AMR, particularly in poor countries which need better access to antibiotics, clean water and adequate sanitation and to medical infrastructure like testing labs.

The study, ‘Global burden of bacterial antimicrobial resistance in 2019: a systemic analysis’, reveals that 1.27 million people died from AMR in 2019. People in low- and middle-income countries were 1.5 times more likely to die from AMR than those in high-income countries, which have a significantly higher consumption of antibiotics. The highest rates of death are in sub-Saharan Africa and south Asia.

Children under five who die from AMR are almost all from poor countries (99.65 percent).

“The fact that we allow so many children born in certain parts of the world to be cut down in their first weeks of life, mostly for want of a cheap antibiotic, is shameful,” writes Anthony McDonnell and Katherine Klemperer in a blog analysing the global study.

“We have long known that the world is silently walking into another pandemic: the global rise in drug-resistant infections.”

In the article below, Australian infectious diseases physician Dr Trent Yarwood highlights key points and concerns from the global study and calls for better health communication and education about AMR to urgently aid the global poor.

You’ve probably seen some press around the latest big review on the burden of drug-resistance. (Paper is here and it’s open access). This is kinda my jam, so here’s a bit of a thread about it.

This isn’t exactly big news. The O’Neill review made some very big-number predictions on deaths and health system economic costs and that was back in 2016.

Perhaps a little more interesting from the paper is this graph. Data from the Global Burden of Disease papers (also by Lancet by the way. They do great work on this) was combined with resistance surveillance data. It shows that the vast bulk of deaths from resistant infection are in the developing world – Africa, South Asia, Eastern Europe*, Latin America and Oceania (excluding Australasia). * yes, I know Eastern Europe isn’t usually considered to be developing.

The graph on the following page shows the infectious syndromes associated with the deaths. I’ll leave bloodstream infections (2nd column) aside for a sec, but what’s really striking here is all the rest of the work that hospital infections specialists do is skewed to the right. Obviously, blood stream infections are a huge part of our work, but many of these are either secondary to one of the other infections, or as a result of a healthcare-associated infection (eg an IV line infection).

So if you were (reductionistically) concerned with preventing the greatest number of deaths from drug-resistance, the answer would be to focus your efforts on lower respiratory tract infections in the developing world.

1. Development aid so people could have houses and not cook on fires in their tents/huts/shanties

And if you wanted to focus on bloodstream infections, then my first priority would in fact be antimicrobial stewardship – ie fewer doses of IV antibiotics and therefore fewer secondary IV line infections.

But the problem with that is that stewardship, as it sits at the moment, is currently pretty much exclusively a hospital program. Which is great at impacting the less common infections on the right of the first graph. And completely useless in preventing pneumonia in kids.

How to fix this?

Well, within our (potential) sphere of influence, we need to focus more on public education. Granted this is hard at the moment with – waves hand – all this going on, but until drug resistance is in people’s minds like climate change, we’ve lost.

How do we get it there?

We need to communicate better. I was very disappointed to see this paper communicating the same information in basically the same way as the O’Neill report. It didn’t work in 2016, why would it work now with people only paying attention to COVID?

I’ve tweeted, spoken, presented extensively about my favourite bit of drug-resistance work, which is @Wellcome_AMR’s report “Reframing Resistance”, which basically says that papers and graphs with big numbers are the least effective way of influencing change. It says that using the term AMR is a bad idea (but we all still do it), that stories need to be directly relevant to the effects of resistance on the healthcare system right now.

The fact that we’ve been talking about this for decades and we’re still doing it so badly is a pretty sad reflection on the way we communicate about important topics.

In any event, the global spread of COVID has hopefully shown us that things that happen overseas can pretty quickly come to be everyone’s problem. We need to build on that, and focus attention in primary care, in the community and in our leaders that resistance is still here.

And that the best way of doing something about it isn’t shutting the borders, or restricting antibiotics more. It’s about educating people, about supporting efforts to aid the global poor and about thinking and acting globally.

Dr Trent Yarwood is an infectious diseases physician with a longstanding interest in the public health management of drug resistant infection. This article is based on this Twitter thread. 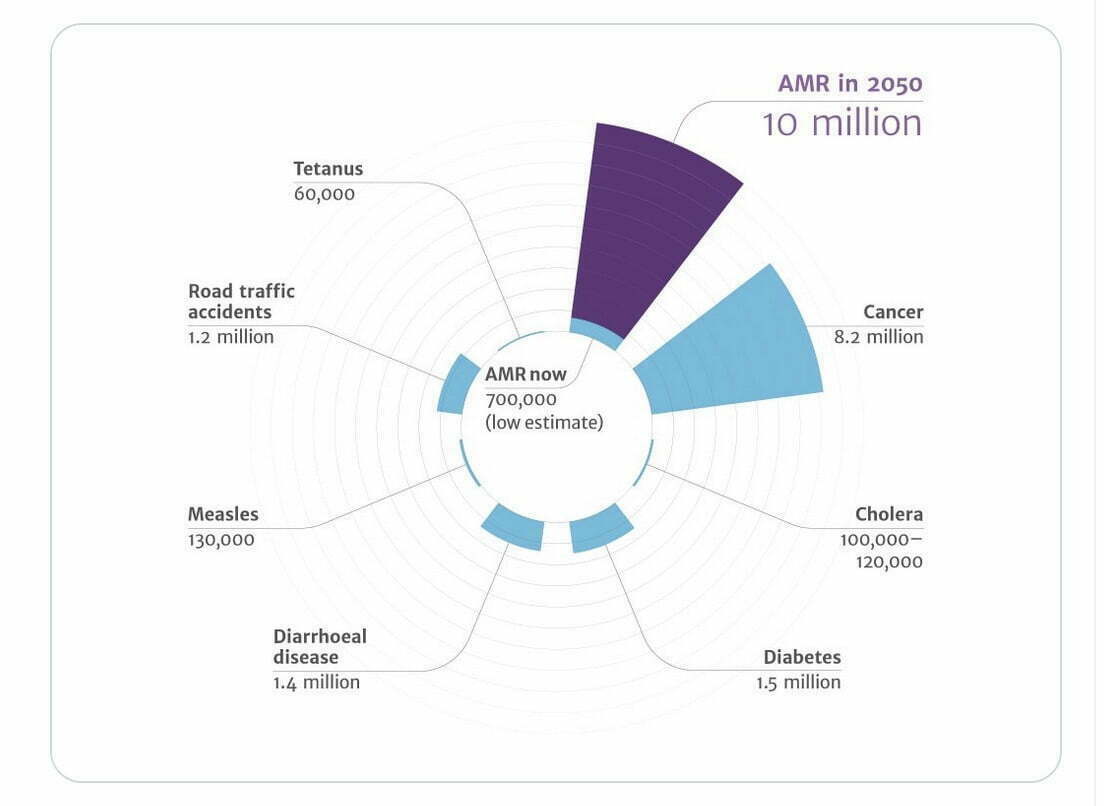