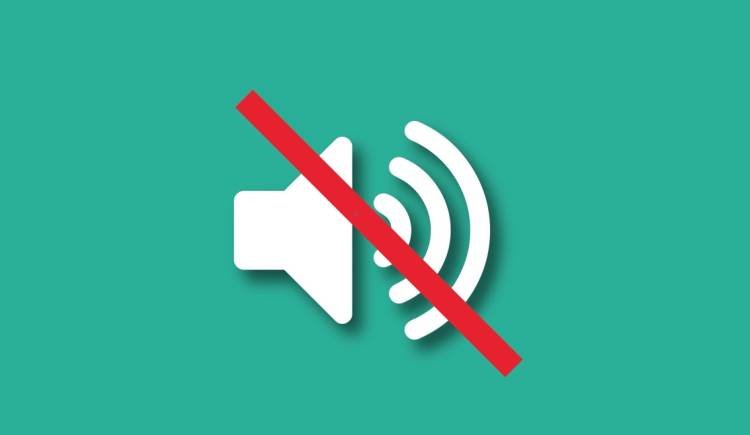 Introduction by Croakey: Australia needs a national health equity strategy, a ‘Decent Work for All’ national employment strategy and a green social housing economic stimulus package, according to the authors of a new report card showing how governments too often exacerbated health inequities in their COVID responses.

The report highlights many concerns that were also raised during a recent online discussion hosted by Croakey on health and the upcoming federal election, as outlined in this Twitter thread by public health student Sienna Crabbmor.

A health equity report card on Australia’s COVID-19 pandemic responses has found “deafening policy silence” in actions to address the structural issues of power, money and resources that drive health outcomes and which are very unequally distributed.

The ANU Menzies Centre for Health Governance report, released this week as COP26 negotiations on climate action continue in Glasgow, also highlights silence in Australia on climate change and equity, noting that the Australian Government is a “laggard on climate change and is being dragged kicking and screaming to the global and national policy table” by other countries and business.

While state and territory governments out-performed the Federal Government, which scored an F on housing and only a C on income support, “more needs to be done across the board”, when health inequities are produced or prevented by policies and actions that are primarily outside the health sector.

Australia’s employment, income support and housing policy responses “not only failed to reduce the observed health inequities produced by the COVID-19 pandemic, they will entrench long-standing policy conditions that have contributed to widening health inequities in Australia over several decades,” she said.

Friel was joined at the launch of the report by Australian Council of Social Service (ACOSS) Deputy CEO Edwina MacDonald who also issued calls to action in the leadup to the election, including support for the #ChangeTheRecord, #RaiseTheRate, #FairFastClimateAction and Everybody’s Home campaigns .

The big policy levers for ACOSS going into the next federal election include lifting income payments and pushing back against “harsh and unrealistic payment requirements”, investing in social housing and a commitment to full employment and a jobs and training guarantee, she said.

Many of the media headines to date about the report card rightfully focus on the F for fail that it delivers to the Federal Government on housing, but Friel told the launch that a C is no reason to boast, representing a status quo that means “incredible inequities in health outcomes”.

In its overall verdict, the Health Equity Report Card reports “highly variable” results across the country, with some important changes, but “mostly mediocre performances” from the federal, state and territory governments on the likely effect of their COVID-19 policy responses on health inequities.

And it expects many of the positive impacts of policies designed to protect jobs, raise unemployment benefits, and provide enhanced tenancy protections to be moderate and short lived as they have been “temporary and targeted at the intermediary level – largely failing to address deeper structural issues,” it says. 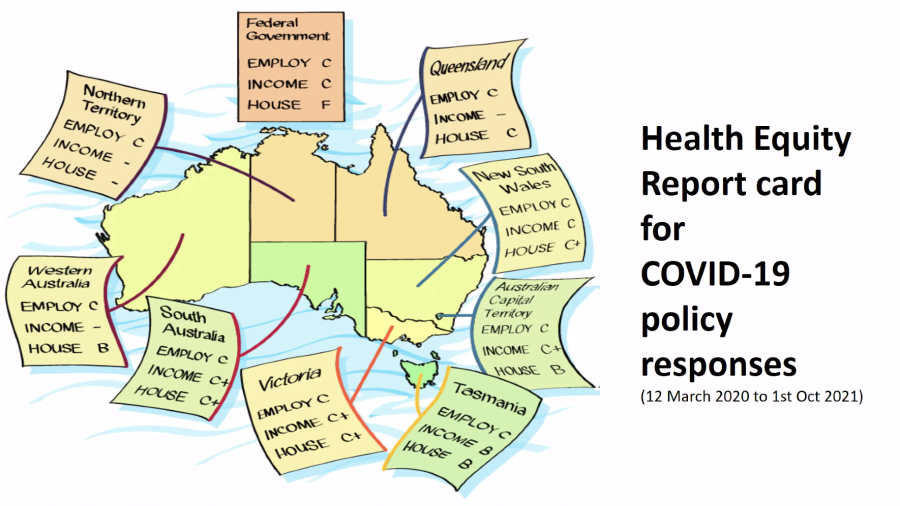 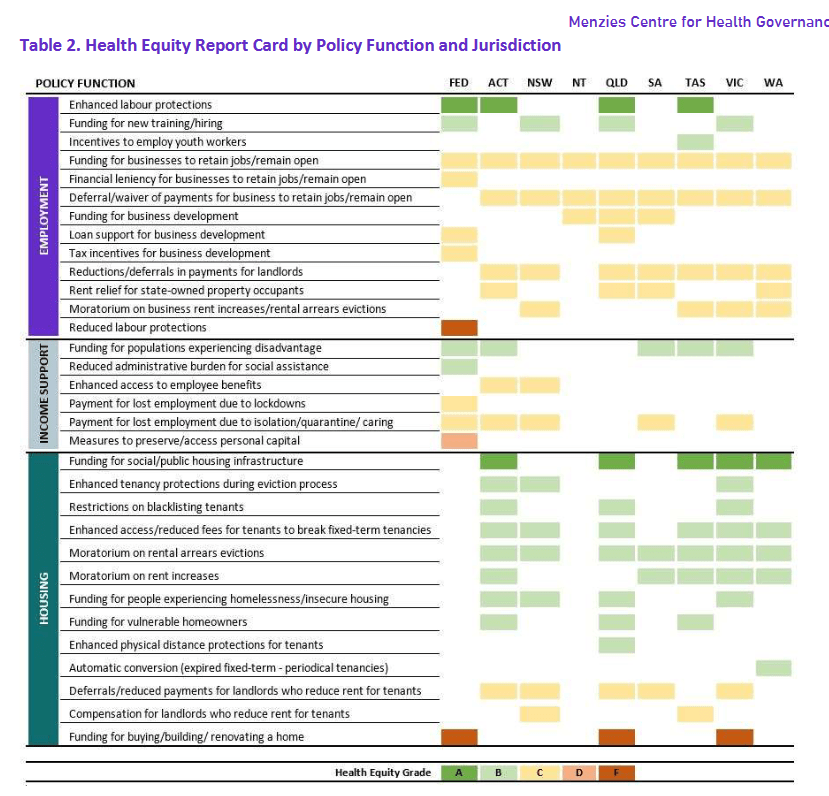 At the heart of the report and the online launch was the big ‘what if?’ question.

How might Australia now look if some of the outstanding COVID responses – particularly the coronavirus supplement paid on top of JobSeeker and measures to house people who are homeless and protect others from eviction – had not been scrapped as soon as governments could?

“For a moment last year we saw the power of tackling the social determinants of health with increased JobSeeker and JobKeeper, people were also housed and evictions banned,” MacDonald said.

“Overnight, the government almost abolished poverty for people receiving JobSeeker,” she said, acknowledging that too many people had been left without even that support – those on temporary visas, migrant and casual workers – but that there was clear evidence of substantial health benefits flowing from the changes, including a drop in suicide.

So many of the issues raised by people about JobSeeker were health related, she said, sharing stories from the 550 Reasons To Smile campaign by the National Council for Single Mothers and Their Children, which showed what happens when people can “take a break from the daily grind of financial hardship”.

Income support recipients who were suddenly lifted out of poverty by the $550 a fortnight supplement talked about being able to afford a new phone, to buy a new heater when the old one broke down, to “have new glasses and haircuts and all prescriptions filled”.

They then also spoke to the devastation, and health impacts, from when it was cut.

One had spent the supplement on mental health support, but had to stop. “Now it’s a struggle once more,” she said.

Another talked about having to go without at least seven meals in order to afford a haircut, and said that “seeing a medical specialist is now out of the question, let alone a dentist”.

The report says that Job Keeper was a “very important policy intervention” on employment, even though it left out up to a million people, including migrant workers, casuals not working for more than 12 months on a regular basis, and gig economy workers, as well as about 40,000 university staff, and then ended, even though the Delta wave was yet to come.

Friel said some employment figures have bounced back but “too much in casual, part-time and insecure work”, with many having no choice but to accept conditions that are “incredibly precarious”, without basic protections like sick leave.

Very precarious employment is worse for mental health than having no job at all, she said, stressing that “it is the quality of employment that matters, not just getting people back into a job after COVID”.

Friel said the Federal Government got an F for housing because its $25,000 homebuilder grant – “worse than useless when it comes to health inequity” – was its only housing policy response, privileging those who already had homes and could do renovations, and thus widening structural inequities.

State and territory governments get an overall better mark across all three policy areas, including stronger marks on investment in social and public housing for Victoria, Western Australia, Tasmania and the ACT, and “appear more sensitive to equity”, the report says.

But it notes still that many welcome housing policies were abandoned and only reintroduced in the renewed state of crisis of COVID. Friel applauded Victorian measures on social housing, but pointed out they were in response to its terrible harsh lockdown of public housing towers.

Similarly, the majority of renter protections introduced early in the pandemic, including eviction moratoriums, were ended and only reinstated in some jurisdictions when the Delta outbreak took pace, but not for example in Victoria despite it having another three months of lockdown in 2021.

The report highlights a 2021 Anglicare Australia rental affordability snapshot report on 74,266 private rental listings: just three were affordable for a single person on the JobSeeker, none for a person on Youth Allowance and only two percent for a couple living on the age pension.

And it says new data from the Australian Institute of Health and Welfare suggests discrepancies in the number of homeowners and renters that benefited from mortgage and rent relief during COVID-19, with 27 percent of renters, 40 percent of low-income renters, and 17 percent of mortgage holders not able to pay their rent or mortgage on time.

On income support, the report hails the introduction of the coronavirus supplement of $550 per fortnight for Job Seeker and other low income support payments, which saw an immediate reduction in poverty and showed that “if government wants to act, it can”, said Friel.

However, that protection was stripped away in 2021 and people on income support were not eligible for the disaster payments introduced during the Delta outbreaks instead.

While some of the mutual obligations and administrative requirements associated with income support schemes were temporarily suspended, governments failed to improve them for the long-term, comprising “a huge loss of control and dignity which are major pathways to poor physical and mental health outcomes”.

The report also warned of long-term equity risks for low income households and young people who were forced to dip into their superannuation early.

What they didn’t do

Equally as important as what governments did during COVID was what they didn’t do, the report says.

It says there were very few attempts to implement measures that would redistribute wealth through improved job security and better working conditions, nor measures to address racist employment policies that exist in the gig economy.

Governments failed to address the structural drivers of housing affordability, with silence on negative gearing and too little being done to ensure sufficient and quality public housing, as increasing privatization of the housing rental market has pushed more low income households into more vulnerable circumstances.

And it says there has been a “fundamental disregard” for the voices of populations most in need and at risk in policy design and implementation, notably Aboriginal and Torres Strait Islander people, older Australians and people with a disability. It warns that “disempowerment through lack of voice, control and denial of self-determination is a major psychosocial route to poor health”.

It had come as “no surprise that people with the lowest incomes, with insecure housing and insecure work, people experiencing other forms of inequity, with a lack of power, money and resources, were hit hardest and first by the pandemic,” MacDonald said.

And that same inequity was now present and growing with climate change, “where we know that the people with the least are being hit first and hardest” and have fewer resources and less power to cope, adapt and recover. 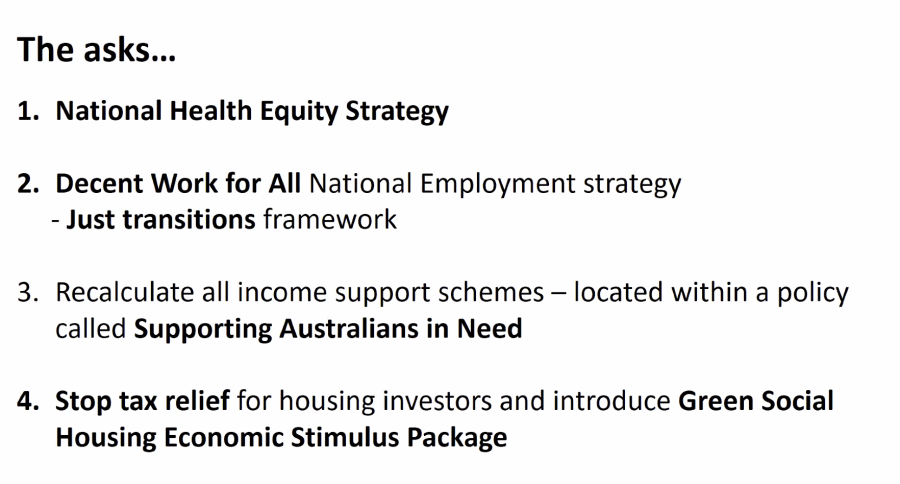 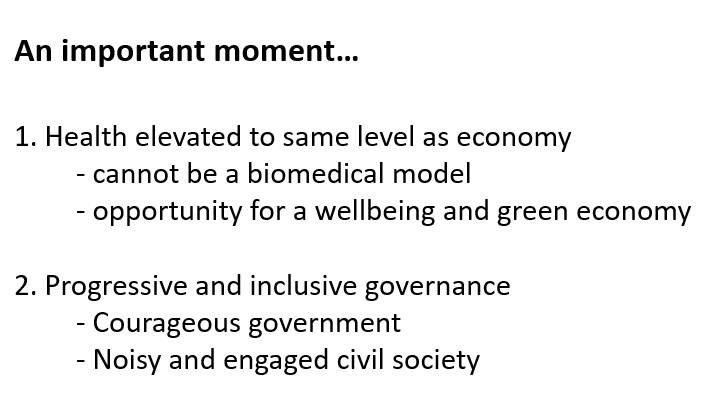 Read Croakey’s archive of stories on the social determinants of health.