Health funding: time for the states to impose a “hospital” levy on property?

The Federal Government appears to have gotten away, politically at least, with the massive cut it made in last year’s Budget to funding promised to the states for hospitals, says the Grattan Institute’s John Daley. For all the protests, he says most of the states will respond as they usually do, “with piecemeal increases to their existing tax bases, most of which drag heavily on the economy”. But he says they do have a bolder and better option: to impose a new “Commonwealth hospital contribution replacement levy” on property. 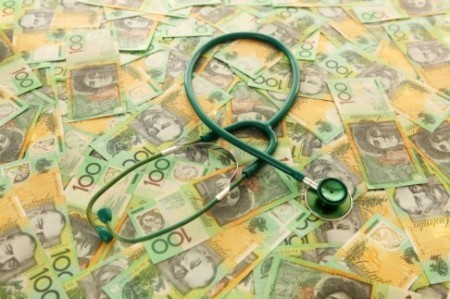 In all the noise about last year’s budget, and the less noise about this year’s budget, the biggest change is one of the least discussed. In 2014 the Commonwealth cut the funding it had promised to the states for hospitals under an agreement signed in 2011.

The cuts are huge – $4 billion in 2017-18, and $11 billion by 2024-25. They improve the Commonwealth’s budget balance by 1.4 per cent of gross domestic product by the end of the intergenerational report projections. The proposed changes to age pension indexation in 2014 were politically big news, but in the long run the hospitals cuts were 50 per cent larger.

Of course, the cuts don’t solve the budget problem, they merely transfer it. In effect they make the states pay for all the real increases in hospital spending. Health spending for a person of a given age grew at 3 per cent a year in real terms over the past 20 years – much faster than GDP per person. Health spending already consumes a quarter of state budgets.

The Commonwealth Treasurer says states can afford to pay as their budgets are (mostly) in surplus. But this completely ignores the states’ capital spending, which is largely unfunded and has significantly increased state net debt from zero to $60 billion over the past five years. State revenues are also boosted by the sugar hit of higher stamp duties from a hot property market. It won’t last.

The states’ first response was to complain about the immorality of the Commonwealth unilaterally tearing up an agreement. Neither the Commonwealth nor the public is listening. Among the Commonwealth government’s long list of problems from the last budget, this is one that doesn’t seem to have shifted the opinion polls.

A second response, from NSW, argues for a share of income tax to plug the health gap. But even if it were good federal design, a state share of income tax is a pipe dream given realpolitik. Any self-respecting Commonwealth Treasurer would worry about losing the ability to manage the macro-economy – that in any future economic downturn, Treasury’s attempt to stimulate the economy would be frustrated by states raising income taxes to fill budget holes. It is difficult to see what the states could offer to persuade a Prime Minister to give up so much power.

Most other states are pinning their hopes on a COAG meeting scheduled for July. Some want a grand bargain in which the Commonwealth increases both the GST and its general grants to the states, reduces its tied funding to the states, and reduces income and corporate taxes. In theory, state governments would act more responsibly rather than relying on the Commonwealth cargo cult. The efficiency of the tax mix would improve as governments collect less from taxes that drag more on economic growth.

But realpolitik will probably kill this deal, too. There’s just not enough in it for the Commonwealth, which has already reduced its tied funding to the States. Why would it now go through the political pain of increasing GST with no gain to its own budget? The Commonwealth can rely on Western Australia and Tasmania to disagree on how to divide up the extra revenue, then wash its hands of the problem, and leave it to states to mend their own budgets.

In the real world, most states will respond as they usually do, with piecemeal increases to their existing tax bases, most of which drag heavily on the economy. Stamp duties discourage property being transferred to the owners who can use it best. Land taxes impose high tax rates on a narrow tax base, leading to big distortions in property ownership. Payroll taxes effectively increase minimum wages, driving up unemployment. Gambling taxes are just plain regressive, in the end they are mainly paid by the poorest Australians. It’s the worst possible economic outcome.

There is a better one. States could act now to blame the Commonwealth for something they should do anyway. They could plausibly impose a new “Commonwealth hospital contribution replacement levy” on property.

It could start small, but even a low rate of 0.1 per cent of property value would raise $7 billion nationally – half the net revenue from extending GST to fresh food, health and education. Like all broad-based land taxes it would have almost no impact on the economy. The poorest with low incomes and no wealth would pay nothing. And it would make housing more affordable by reducing property prices. In the long run, states might ratchet up the levy, and use the revenue to reduce less economically efficient stamp duties, payroll taxes and land taxes.

Sadly, it probably won’t happen. After decades of losing to the Commonwealth both politically and in the High Court, states tend to be sheep-like in response to the Commonwealth’s latest move. If the Commonwealth convenes COAG, they are likely to attend, and go through the usual rituals in the hope of a few easy crumbs, weakening their public credibility.

States face a huge challenge to fund their hospitals in the long term. A smart Premier would seize the opportunity to reflect at least a little of the political heat back onto the Commonwealth. In this case, Canberra deserves it.

This article was originally published in the Australian Financial Review and is republished with permission.