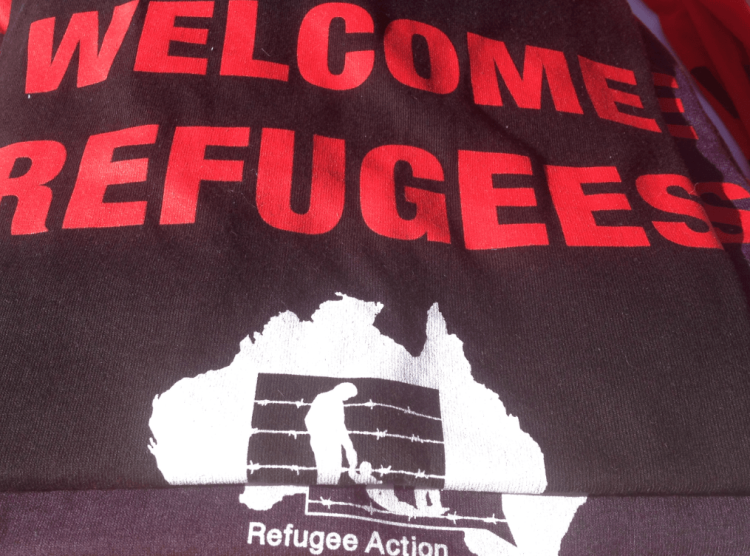 Doctors and refugee groups have called on the Australian Government to act urgently on coronial recommendations for better health care for asylum seekers in Australia’s offshore detention facilities – including that decisions about medical transfers to Australia be guided by “clinical considerations” rather than “bureaucratic and political imperatives”.

Health groups, including the Royal Australian College of GPs, have repeated long-standing calls for independent oversight of health care for asylum seekers following the damning findings of a coronial inquest into the death of Iranian asylum seeker Hamid Khazaei, who died after suffering severe sepsis from a leg infection on Manus Island..

With another coronial inquiry now underway in Western Australia, the newly formed Doctors for Justice (D4J) – convened by Professor Louise Newman, Director of the Centre for Women’s Mental Health at the Royal Women’s Hospital – called for a review by independent specialist mental health clinicians of the mental wellbeing and mental condition of all detainees currently receiving mental health care and support for comprehensive care. More on that below.

Queensland Coroner Terry Ryan found on Monday, as Guardian Australia reported, that Khazaei’s death was preventable but had been caused by “a cascading series of errors and systemic failures in the Australian-run offshore detention centre”. He said:

“I am satisfied that if Mr Khazaei’s clinical deterioration was recognized and responded to in a timely way at the MIRPC clinic, and he was evacuated to Australia within 24 hours of developing severe sepsis, he would have survived.”

In his findings, Ryan said it would be possible to characterise the circumstances that led to Khazaei’s death “simply as a series of clinical errors, compounded by failures in communication that led to poor handover and significant delays in his retrieval from Manus Island”. These included a lack of appropriate tropical antibiotic on Manus and a failure by Australian immigration officials to urgently grant a doctor’s request for Khazaei’s transfer to Brisbane for emergency care.

However he said it wasn’t helpful, in order to prevent similar deaths in future, to only attribute responsibility to failures by individual clinicians and others responsible for arranging Khazaei’s transfer to Australia.

Leveling responsibility on the Australian Government to provide adequate health care to detainees in the offshore system, he said the cost of a transfer to Australia, which had been a factor in decisions about Khazaei’s care, should not be a relevant consideration. He said:

“Decisions about medical transfers should be based on clinical considerations.”

In a statement, Seidel welcomed the Coroner’s recommendations on improved standards and audits for healthcare facilities in offshore detention facilities.

“The majority of people in detention have complex health conditions which are exacerbated by a prolonged period of uncertainty. It is vital that they receive health services that improve their condition and not add to it,” said Seidel.

The  Refugee Action Coalition provided a response to the findings from Iranian journalist Behrouz Boochani, who has been held on Manus for five years and has sought to hold the Australian Government (and people) to account under international law through film, writing and other works.

(This week he is releasing a book, ‘No Friend But the Mountains: Writing from Manus Prison’. His translator Omid Tofighian explains, in this article, that Boochani spent almost five years typing passages of various chapters into his mobile phone and used Whatsapp to text them for editing, translation and publication.)

Of the coronial inquiry’s findings on Hamid Khazaei, Boochani said:

All of us detained for years on Manus and Nauru have been waiting for justice.

For a long time we have been asking Australian courts and independent organisations to investigate the deaths in these prison camps, there are enough documents and witnesses to prove the harsh living conditions and lack of medical care.

We think what has happened in the court today (Monday) is a big step toward justice and we ask once again that the courts and independent human rights organisations continue investigating the deaths on Manus and Nauru.

We ask again that Australia close these prison camps and let us start a new life in freedom.

As mentioned above, another coronial inquiry is this week investigating the death of another refugee, Fazel Chegeni Nejad, who reportedly had a history of mental health problems when he died on Christmas Island in November 2015.

Read more about his tragic death from this report from Guardian Australia and this from the ABC.

Highlighting Nejad’s case, the Doctors for Justice group, which says its members include medical specialists from a broad range of disciplines, nurses and allied health workers, asylum seeker and refugee health experts and social justice workers,  on Tuesday urged further investigation into the provision of mental health care for refugees and asylum seekers.

The group says mental illness and distress are “endemic” across the immigration system, for children and adults, “with serious consequences”.

Doctors for Justice said the Christmas Island contract medical service IHMS had noted the physical and mental decline of Nejad, an Iranian Kurd, but the Department of Immigration  refused treatment on the mainland. It said:

“His is a tragic example of failure to provide much needed psychiatric assessment and care and is ultimately a failure to prevent loss of life.”

Doctors for Justice say there have been 12 deaths by suicide in offshore processing facilities, and high rates of self-harm including in children as young as 10 years of age.

“We are witnessing the consequences of a system which fails to acknowledge the vulnerability and mental health needs of this group and contributes in a direct way to mental deterioration and mental illness,” it said.

The group has called for an urgent independent review and oversight to focus on:

In a background note, Doctors for Justice describe how service providers, medical experts and whistleblowers have all raised growing concerns about mental health issues involving highly vulnerable people being held in detention, particularly on offshore facilities like Manus and Nauru.

It says there is an available body of research pointing to the high rates of mental illness in detention and the impact of prolonged detention and lack of resolution on traumatized groups.

The group highlighted the work of the disbanded independent advisory group to the Immigration Department (DEHAG) in providing advice and repeatedly advocating for reform and improved standards of care, saying that in an increasingly politicised area, the needs of asylum seekers are marginalised and clinicians are disempowered and compromised in terms of their caring role.

This, it says, has the following direct consequences for the provision of care:

Doctors for Justice say there is no process currently to adequately investigate and resolve these issues and no formal review of the impact of delayed treatment and failure to follow medical recommendations.

“While some of the deaths in offshore detention are subject to coronial processes in Australia and Papua New Guinea, these processes are limited to the circumstances of individual deaths and the need for systemic reform is urgent.”

“Of particular concern are children and adolescents with acute mental health issues including self-harm and suicidal ideation and the lack of adequate child and adolescent psychiatric expertise within the immigration system.”

The Refugee Action Coalition said the Queensland Coroner’s finding in regard to the death of Hamid Khazaie has “damned” the Australian Government’s offshore detention policy.

“The coroner has confirmed what the refugee movement has said all along; the lack of proper medical treatment and the bureaucratic delays killed Hamid,” said Coalition spokesman Ian Rintoul.

The Coalition said it had taken a federal court order to force the Australian government to bring a critically ill two-year old to Australia as doctors had recommended.

Rintoul said the Coroner’s finding “also put the lie to the government’s repeated claim that offshore medical care is anything like what is available in the Australian community”.

The Coroner’s found the care Khazaei received was “not commensurate” with that available from a remote clinic in Cape York – “the benchmark applied in this matter”.

“The government’s offshore detention polices and Peter Dutton’s apologetics for the abuse stand condemned by the coroner’s findings. The responsibility for Hamid’s death lies with the government,” Rintoul said..

Denial of medical care a “tactic”

The Human Rights Law Centre said the Coroner’s findings “support what doctors and whistleblowers have been saying for months – the denial of essential medical care has become the latest tactic used by Peter Dutton against the refugees he continues to detain on Manus and Nauru.”

Director of Legal Advocacy Daniel Webb said the Government’s “persistent delay or outright refusal to evacuate highly vulnerable people to Australia for urgent medical care was a cynical move designed to keep people beyond the reach of the Australian justice system and to minimise legal and democratic scrutiny of their suffering”.

“In just the last few months the Minister has tried to force a 63 year old refugee with terminal cancer to die a slow and agonising death on Nauru instead of bringing him to Australia for palliative care. He  has even fought in our courts to deny care to a 10 year old child who had repeatedly tried to kill themselves,” he said.