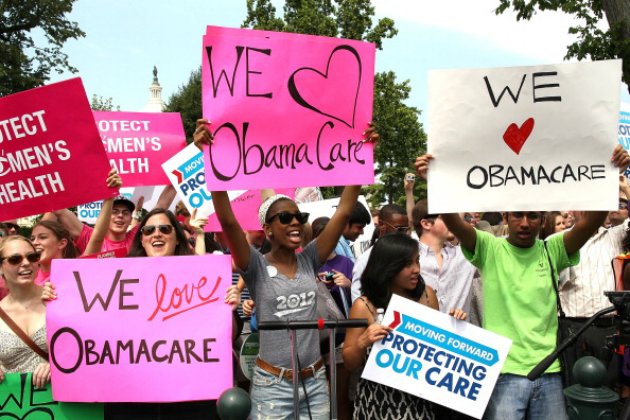 Health impacts of a Trump Presidency

The most recent news coming out of the US indicates that President Trump is going ahead with his pre-election promise to repeal the Affordable Healthcare Act “Obamacare”, albeit at a slower pace than he had previously indicated.

Despite predictions from Senator Bernie Sanders that 36 000 people will die if the act is repealed (a figure backed up by some robust evidence) news sources have reported that key House committees are scheduling hearings and drafting legislation to unravel what many see as the former president’s major domestic achievement.

By tasking Republican-stacked committees, such as the House Budget Committee, with politically-driven inquiries (one hearing is titled “The Failures of Obamacare: Harmful Effects and Broken Promises,”) Trump aims to build support for the removal of the Affordable Healthcare Act while buying some time to develop a workable exit strategy.

However, as Dr Lesley Russell points out in this Inside Story article, dismantling the system of government-subsidised, state-based insurance implemented under President Obama will not be an easy task.

Adding to the confusion on this issue, no alternative option has been provided to replace Obamacare and the President has only alluded in general terms to the ‘great plans’ and ‘less expensive’ system that he intends to implement.

The lack of a workable replacement for Obamacare is becoming increasingly obvious even within Republican ranks with some moderates arguing that they should not vote to repeal major parts of Obamacare until there is clarity on a replacement plan.

And not all Republicans are as opposed to Obamacare as Trump.  One option being put forward by two Republican Senators proposes a hybrid approach which allows States to keep the current system of insurance, if they deem it better than the alternative on offer from the new regime.

How the new President’s approach to health care will be received by the American public is unclear.   Obamacare was (and still is) a controversial and divisive issue but achieved some major successes in providing health insurance to around 23 million Americans who previously were without any form of cover.

Even many detractors of Obamacare acknowledge that affordable insurance is a legitimate policy goal but criticise the current system for being overly bureaucratic and expensive.   Some commentators have argued that it does not meet the needs of middle America – people who do not qualify for insurance subsidies and who are not high level users of medical care but want insurance to protect them against the risk of major accidents and illnesses.

Reducing the cost of medicines

Slightly oddly, for someone who is seeking to reduce government involvement in health care in one sphere, Trump’s other main health goal is to increase the role of government in setting drug prices.  During the election, Trump promised that he would take on ‘big pharma’ by allowing Medicare (the largest purchaser of drugs in America) to negotiate directly with drug companies, forcing them to reduce their prices.

This is a policy broadly supported across the political spectrum but there are some major barriers to its implementation, including legislation (introduced by Republicans) prohibiting the government from interfering in negotiations between private insurers and drug companies.

If he is able to overcome these barriers and successfully drive down medicine prices he will have achieved a major gain for Americans who pay (on average) the world’s highest prices for drugs, often up to ten times as much as other industrialised countries.

Looking at the opinion polls, one thing is clear. By choosing to focus on health care from Day 1, Trump is responding to the key concerns of his constituents. One recent poll showed that the majority of Americans want the new President to focus on domestic rather than foreign policy issues and that health is their main area of concern.

By focussing on this issue so early in his presidency Trump is acknowledging the importance of health care to the American public.  However, if he is unable to live up to his promises of delivering a more cost-effective and simpler health insurance system and reducing the cost of medicines, he may find that the health portfolio is the first stumbling block of his presidency.

It’s not only Americans who are interested in Trump’s approach to health care. As a major economic power, an influential donor and a political global leader, the US and its health system is important from a global perspective.

For example, Trump has already changed foreign aid policies by prohibiting government aid to organisations that provide counselling or advice to women about abortion services.   This policy could have a serious impact on the health of women in developing countries who rely on health care services funded via foreign aid.

Fortunately, the international community appears to be responding quickly to this change with the Netherlands already announcing the establishment of an ‘International Abortion Fund’ to fill the gap left by the removal of US aid.

This article in The Lancet suggests criteria on which the global health community can judge the success or failure of a Trump presidency, based on a selection of the 17 Sustainable Development Goals that apply to health.

Based on these criteria, Trump’s policies so far would not receive a very high score, particularly in the area of reproductive rights, equity and social justice.  However, the authors do note that there are many areas in which Trump’s policies are not clear and there is scope for his administration to improve their performance over the next four years.