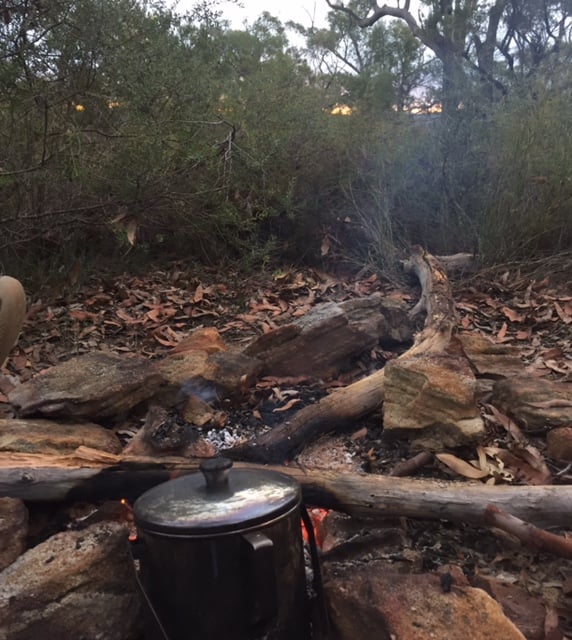 A tweet. That’s how I found out about the death of a former colleague from suicide recently. I hadn’t seen him for years, but remembered him as a competent, approachable registrar – enthusiastic and bubbly on the wards, in the corridor and after hours. He loved bushwalking, and once carried a bottle of red wine on a six-hour trek into the Watagans so we could all enjoy it by the fire on a hastily organised group camping trip.  Gone.

Jolts like these are all too familiar for doctors these days, but thankfully, the problem of suicide, particularly for junior doctors, is finally getting the attention it deserves. No doubt the causes are multi-factorial but one thing we know is that doctors often fail to seek treatment for mental illness when the symptoms arise.

That’s why the post below is so important. Dr Kerry Breen, whose long career has conferred extensive experience in dealing with distressed doctors, says the current system in all states but Western Australia, requiring mandatory reporting of impaired doctors, is causing further trauma to doctors who seek treatment, and deterring an unknown number of doctors from seeking help at all.

Breen argues that only doctors who continue to work while unwell, putting patients at risk, should be reported, and that this would be a much better yardstick for treating practitioners, many of whom struggle with decisions about the threshold for notification under the current system.

These issues have been raised before but progress towards change has been slow, to the possible detriment of doctors like my old colleague, who needed help, but somehow slipped away.

Community awareness of doctors in distress and of the worrying incidence of suicide among Australia’s doctors has increased in recent months. Much has been spoken and written about seeking ways to support unwell distressed doctors.

The dangers of such a requirement were spelled out at the time but were ignored by all state and territory legislatures other than Western Australia, which excluded this requirement from the national law enacted in that state.

The primary danger identified with mandatory reporting was that it was likely to deter unwell doctors from seeking professional help as early as possible. The second danger, one that is closely related to the first, is the negative impact that the mandatory reporting obligation was likely to have on the trust that every doctor-patient needs to have in their treating doctor.

Just try to imagine what it must be like going to seek help from a doctor who is obliged to notify a government agency should you describe your illness fully and truthfully, even when you have stopped working while you seek that help.

Less anticipated was the difficulty that treating doctors would have in interpreting and acting on this aspect of the national law.  Through misunderstanding, or perhaps fear of the consequences, anecdotal evidence, gleaned from my own experience and discussions with colleagues, suggests that treating doctors have tended to over-report. This has caused much distress for sick doctors.

The most recent advice of Dr Flynn, chair of the Medical Board of Australia, includes the following sentences,

“It is important that all doctors realise that the threshold for requiring a mandatory report is high, only reached when an impaired doctor is placing the public at risk of substantial harm. This should not deter us from seeking help and support when we need it”.

This advice indicates that the Medical Board remains impervious to the difficulties busy treating doctors face in assessing exactly what is the threshold, and impervious to the impact of the threat of mandatory reporting on sick doctors.

The ill effects of over-reporting may have been amplified by the fact that most of the initial assessments of the mandatory reports are made by staff of the national regulator who are not themselves health professionals.

In arguing against mandatory reporting, it needs to be made clear that this would not excuse treating doctors of their ethical and professional obligation to report any doctor-patient who was continuing to work while unwell, impaired and placing their patients at risk. This obligation is not only well-recognised by doctors but is used to ensure compliance with regular attendance for treatment.

The medical profession through its various representative bodies has not been silent over its concerns about mandatory reporting. Finally it seemed that these concerns had been heard and understood when, in August 2015, an independent review of the national registration scheme by Mr Kim Snowball recommended that the national law in all other jurisdictions be amended in line with Western Australia.

The COAG Health Council (made up of Australia’s health ministers) had commissioned The Snowball Review, but deferred acceptance of this recommendation pending further “research”.  Nearly twenty-four months have passed since then.

At last, the COAG Health Council has reacted, if that is what one can glean from a statement on behalf of Federal Health Minister Greg Hunt, indicating that “the federal government “will be working with state governments to establish a common national standard to protect the mental health of doctors“.  This motherhood statement falls well short of what the health ministers’ own appointed reviewer advised two years ago.

The urgent need to act

Meanwhile mandatory reporting is delaying access to care and may be contributing to the deaths of doctors. It is undoubtedly contributing to distress among sick doctors, and confusion and uncertainty among treating doctors. It is high time that our health ministers took urgent action to have the national law amended as advised by Mr Snowball. Any further delay is unacceptable.

*Dr Kerry Breen was the second Chairman of the Board of the Victorian Doctors Health Program and served as President of the Medical Practitioners Board of Victoria and of the Australian Medical Council. He is a member of the NHMRC/ARC Research Integrity Committee, and (along with co-authors Stephen Cordner and Colin Thomson), has recently a fourth edition of the text book “Good Medical Practice: Professionalism, Ethics and Law”