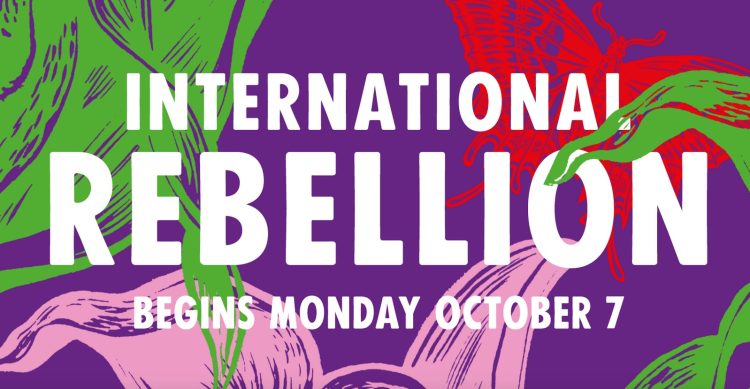 More than 400 Australian health professionals have signed an open letter supporting civil disobedience actions that are expected to disrupt cities in Australia and globally from Monday, 7 October.

Signatories to the letter, A Declaration of National Civil Disobedience: Health Professionals – Clinicians, Researchers and Academics in Support of Extinction Rebellion, are calling on the Australian Government to declare a climate and ecological emergency, and take immediate action to reduce greenhouse gases to zero as fast as possible.

They have signed the letter to voice support “for citizens from all walks of life who are joining the mass global rebellion”.

Some will be risking arrest and incarceration, in order to accelerate the speed and scale of change required to address the climate emergency.

Civil disobedience is a tool for repairing, not tearing down, the social fabric of a resilient and just society when used within the professional framework.”

One of the letter’s signatories, Dr Reem Ramadan, a clinical psychologist in youth mental health in Melbourne, told Croakey that she and other health professionals were taking leave from work this week to participate in Extinction Rebellion events (see the details of events planned in Melbourne, Sydney, Perth, Canberra, Hobart, Adelaide, Brisbane and Cairns).

She called for more health professionals to sign the open letter.

“When Governments ignore scientific facts and continue to pursue policies that harm the wellbeing of individuals and society, civil disobedience then becomes morally justifiable and indeed critically important  for those who have the privilege to make a stand against such injustice,” she said.

“As health professionals, we are both scientists and advocates for social justice and so we have a duty of care to act to mitigate the health emergency that is resulting from the climate emergency.

Actions will take place in more than 60 cities around the globe, according to a statement from Extinction Rebellion.

It says a large cohort of activists in each city are ready and willing to be arrested as they make a stand against the negligence of governments to act on the climate crisis.

Just days to change the world?

Writing in The Lancet, Editor-in-Chief Professor Richard Horton said global protests over the next fortnight would cause “unprecedented social and political disruption”, the likes of which had not been seen for a generation.

It might be an exaggeration to say health workers have 14 days to change the world. But not much.”

Meanwhile, scientists writing recently in the journal Nature Ecology & Evolution called on the scientific community to support and engage with the Extinction Rebellion actions, stating scientists’ efforts to date in communications and attempting to influence policy had not produced the changes needed to deal with “interconnected planetary emergencies”.

Dr Charlie Gardner from Kent University and Dr Claire Wordley from the University of Cambridge said non-violent civil disobedience — the active refusal of a citizen to obey certain laws, orders or commands of a government or occupying power — was demonstrably effective at initiating political change.

Many of the most profound political and social changes of the past century were brought about in this way, and leading practitioners, such as Rosa Parks, Emmeline Pankhurst, Martin Luther King and Mohandas Ghandi, once reviled as dangerous dissenters, are today revered as heroes.

Moreover, civil disobedience requires relatively few people to be effective, with sustained action by 3.5% of the population sufficient even to topple dictatorial regimes.”

The scientists noted that in April 2019, Extinction Rebellion activists blockaded four sites in central London for 11 days, alongside related actions in 80 cities across 33 countries.

The London actions constituted the largest act of civil disobedience in modern British history and led to over 1,100 arrests, helping achieve the highest ever levels of UK news coverage on the climate crisis. The environment had since risen rapidly to become the third most important issue for British voters.

As conservation scientists and members of Extinction Rebellion, we encourage our fellow scientists to join us in embracing activism.

In April 2019, over 12,000 scientists signed a letter endorsing the global school strikes, which are acts of civil disobedience, and praising the movement as ‘justified and supported by the best available science’.

We ask that scientists take this one step further, and themselves join civil disobedience movements.”

Meanwhile, governments around Australia are cracking down on protesters, reports Calla Wahlquist in The Guardian. 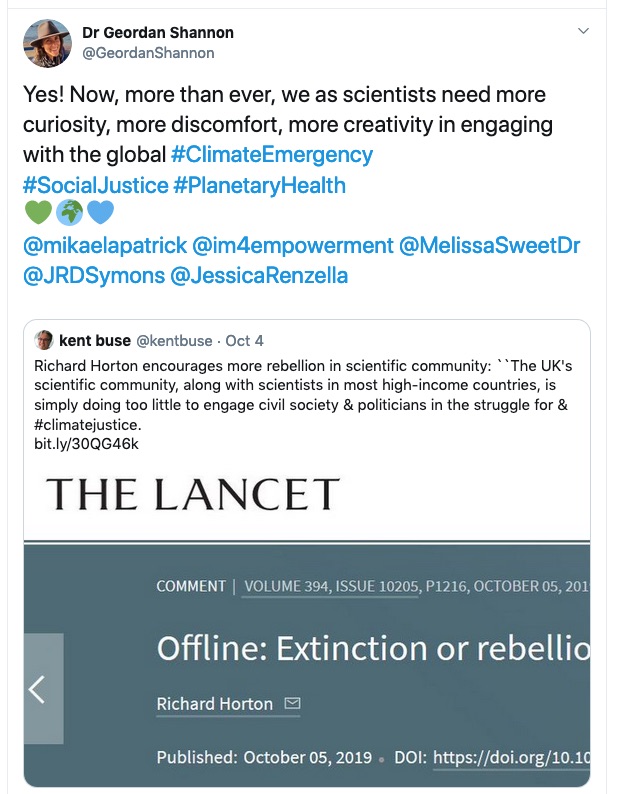