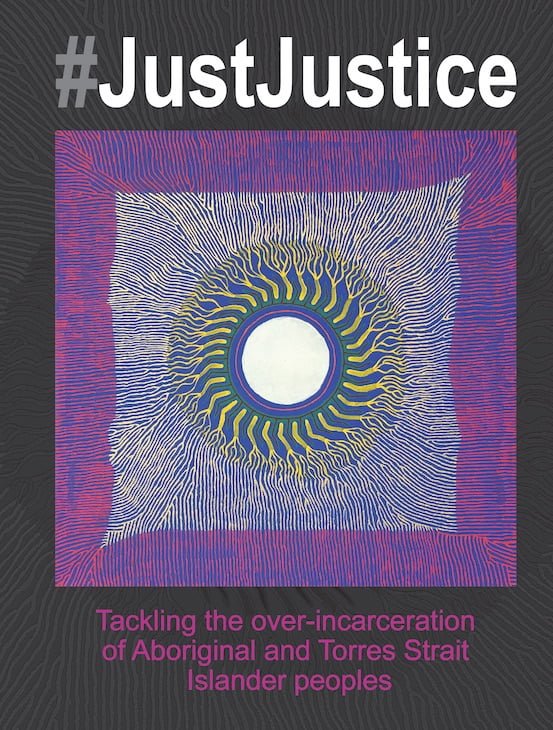 Cultural interventions, mentoring programs and increased funding for Aboriginal legal and health services are some of the ways forward for tackling the over-incarceration of Aboriginal and Torres Strait Islander people.

These solutions were identified during recent #JustJustice broadcasts (watch the full clips below) with Dr Paul Collis, a Barkindji man, an author and academic at the University of Canberra, and Mr Wayne Applebee, an Elder and PhD researcher at the University.

The first interview was conducted before ABC TV’s Four Corners program aired graphic footage of young people being abused at the Don Dale detention centre in the NT. A second interview – which also included a nursing and midwifery academic from the University of Canberra, Dr Holly Northam – was conducted after these revelations.

The interviews include a rousing call for the health sector and wider Australian institutions and organisations to stand up and advocate for an end to punitive law and order policies, and for action on the underlying determinants of incarceration.

In particular, alcohol and drug problems should be addressed as health concerns rather than as criminal justice issues.

Dr Collis and Mr Applebee have longstanding experience in justice issues, being involved in circle sentencing court in the ACT, as well as developing an intervention program called Circuit Breaker. This aimed to provide mentoring to help develop prisoners’ cultural connections and life skills, for example in self-care and managing budgets, in order to help break the cycle of incarceration (more information is available here – the program is not currently funded).

In the second interview, Dr Northam also critiques the use of spit-hoods on young people in detention, and calls for those who create and uphold systems that victimise young people to be held accountable. “We have a responsibility as a society for changing what’s happening,” she says.

Note from Croakey: Please see this invitation to the launch of the #JustJustice book at Gleebooks in Sydney on Sunday, 27 November.

Dr Paul Collis describes the importance of cultural solutions; of finding ways for adults and children who are in prisons or detention to be supported in cultural programs and connections. Art therapy, including the telling of life stories, can help. More use should be made of artist cooperatives, which can provide income and a space for people to work, connect and participate. There should be more funding for men’s and women’s groups.

In gaols, people do not learn how to practise responsibility; it is taken away from them. Prisoners and released prisoners should have greater access to mentoring and cultural programs and on-country camps, as with Mt Theo program (see page 23 of this document for more information).

To keep governments accountable and ensure money is spent on prevention rather than prisons, non-Indigenous Australia has to engage more deeply with these concerns, and the wider media also needs to get more informed.

Mr Wayne Applebee discusses the importance of supporting people who have been institutionalised in the justice system to develop life skills for independent living, whether it’s learning how to cook, or to use computers.

He calls for implementation of the recommendations of the Royal Commission into Aboriginal Deaths in Custody, and for proper funding of Aboriginal legal services which are currently massively under-funded. The situation is now so dire in many places that people virtually have to plead guilty to receive legal assistance.

Mr Wayne Applebee describes how the revelations of brutality towards young people in the Don Dale detention centre in the NT resonated with his own experiences in the Mount Penang Training School for Boys in NSW in the 1960s. He warns that violence begets violence, and says history shows that some of the young people detained in such violent institutions in the past went on to commit acts of violence themselves, after being brutalised in the system. He calls for those who inflict violence upon young people to be held accountable. He also recommends the implementation of Justice Reinvestment in the ACT, and says justice systems should be therapeutic, seeking to help rebuild peoples’ lives and opportunities, rather than brutalising.

Dr Paul Collis, who has taught prisoners in a number of jails, says that jail is a very traumatic experience, particularly for young people. “You either survive or you don’t,” he says. He calls for far greater effort and investment in stopping recidivism and helping people to adapt to life outside institutions. “They learn to survive in the system but not to survive life, they don’t learn decision-making, normality,” he says. He is optimistic that the national outrage about the treatment of young people in the Don Dale facility suggests there has been a sea change in community attitudes since the Royal Commission into Aboriginal Deaths in Custody’s recommendations 25 years ago. “The whole country has said, no we’re not that kind of person… we want that stopped,” he says. “We didn’t have that when we had the Royal Commission into Black deaths.”

Dr Holly Northam calls for a far greater focus on the health and wellbeing of young people caught up in juvenile justice systems, and says these systems should be underpinned by principles of restorative justice. She questions the use of spit-hoods in the justice system, given that health care systems manage the risk of patients spitting without having to resort to such devices. She calls for health professionals to step up in demanding changes to punitive systems that are currently victimising victims. “As a society they are our victims; we have to be accountable they are in this situation because we have created the environment that has put them there,” she says. “As a healthcare worker, I think we have to start taking responsibility. We can’t blame the victims. We have to be accountable as a society for our children.” Australia should learn from best practice in other countries and stop throwing money at ineffective, harmful systems of incarceration, she says.