Thousands of doctors, health professionals and other human rights defenders have taken to the streets this weekend to protest against the Federal Government’s inhumane treatment of asylum seekers and refugees.

The marches around the country (see a selection of photos below), follow an open letter published in The Lancet by more than 1,300 health professionals and dozens of health organisations.

The letter to Prime Ministers Theresa May and Malcolm Turnbull calls for an end to policies that require detention of asylum seekers and refugees. It says:

Our professional codes of conduct compel us to advocate for our patients, and to speak out against legislation, practices or services that are inadequate or pose a threat to health.

After countless reports from different national and international bodies including Médecins Sans Frontiéres, the United Nations High Commissioner for Refugees, and the British and Australian Medical Associations, we know without doubt that prolonged detention poses unacceptable risks to mental and physical health. Pregnant women, children, lesbian, gay, bisexual, and transgender people, and those with chronic illness or disability face additional risk.”

The letter says 85 percent of parents and children in detention experience negative mental health consequences, and that rape, sexual violence, abuse, self-harm, and suicide are common. Poor housing conditions increase the transmission of infectious diseases. Inadequate provision of medical care means that avoidable disability and death are too common.

The letter’s signatories say they stand with doctors protesting at the marches around Australia.

Nurses, doctors, and health workers working in detention centres have risked prison sentences to speak out about the frequent abuse, self-harm, and poor medical care in these camps.

Claiming asylum is a human right, as is accessing health care. The current programmes of detention in countries including the UK, Australia, and the US punish people fleeing persecution and are often designed to be so cruel as to act as a deterrent for others seeking safety.

We believe that these policies are inhumane and pose an unacceptable threat to health. For these reasons, we call for an immediate end to the detention of asylum seekers and refugees globally.”

The full list of individual and organisational signatories can be seen here.

On the slow march down Macquarie Street they asked the doctors to lead the way past historic Sydney Hospital.

I was well back in the procession of about 2000, but I saw people marching under banners for Doctors for Refugees, MSF; social workers, nurses, ex detention centre employees, students, teachers and refugee advocacy organisations.

I hope they take our message back to the world. Australian health and caring professionals will not stand silent while our government mistreats vulnerable people who have come to us for protection.”

Tweets and snaps from marches around the country 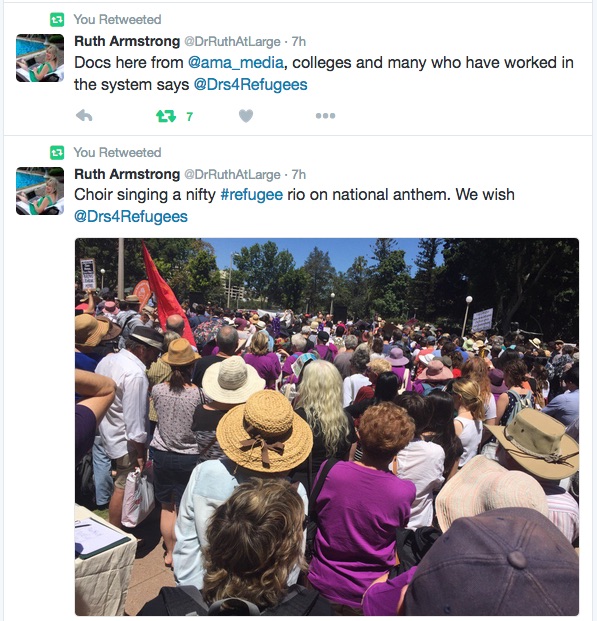 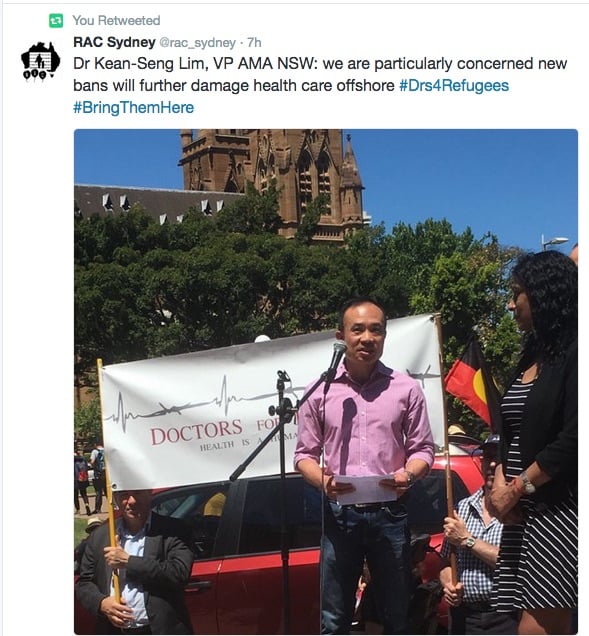 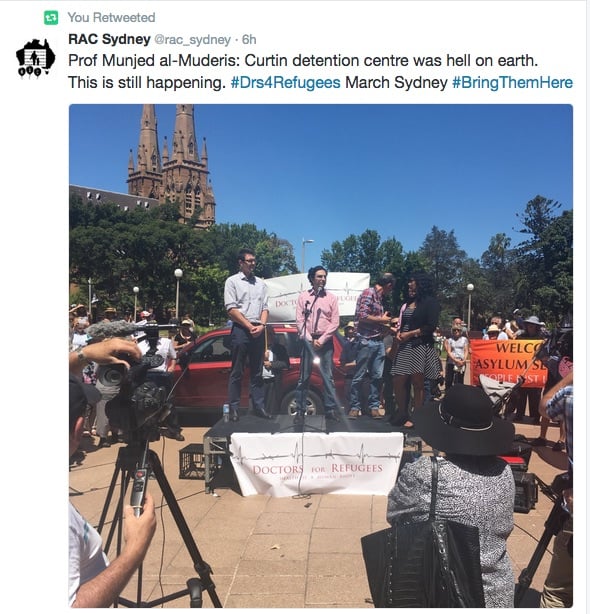 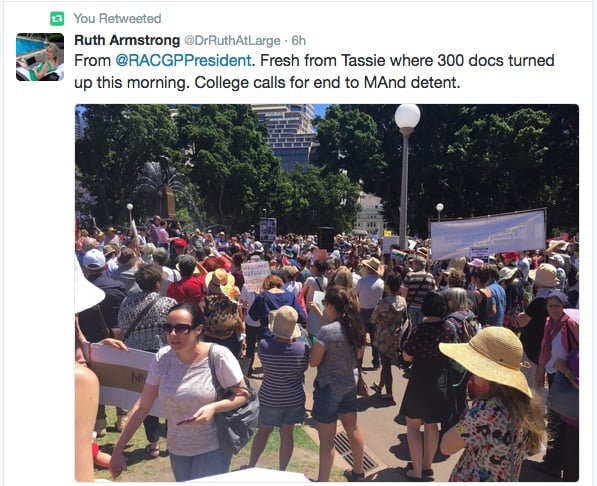 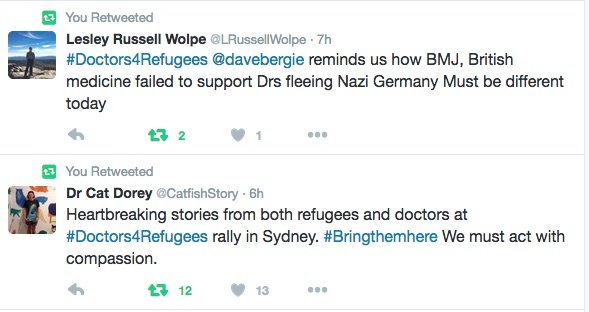 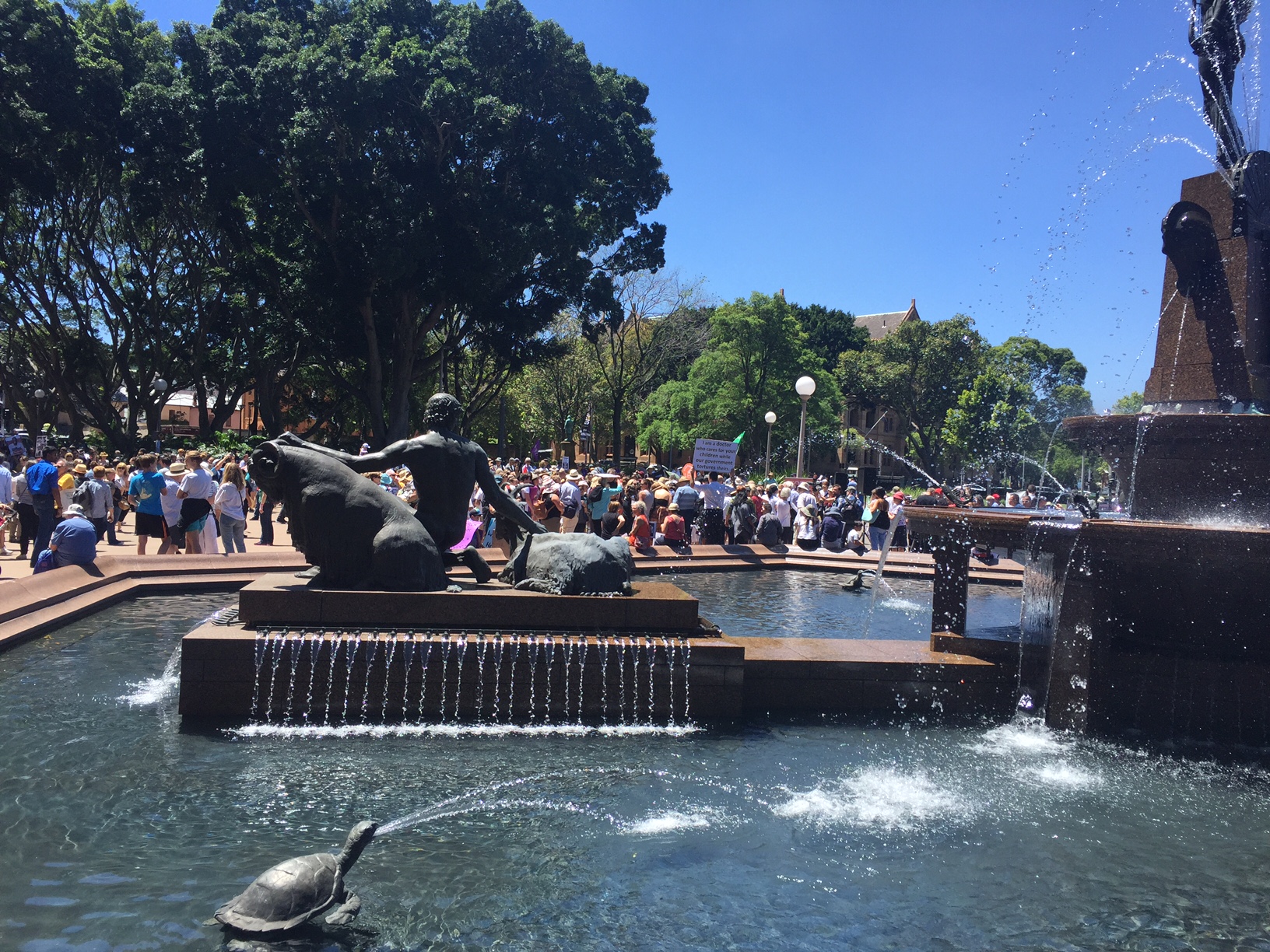 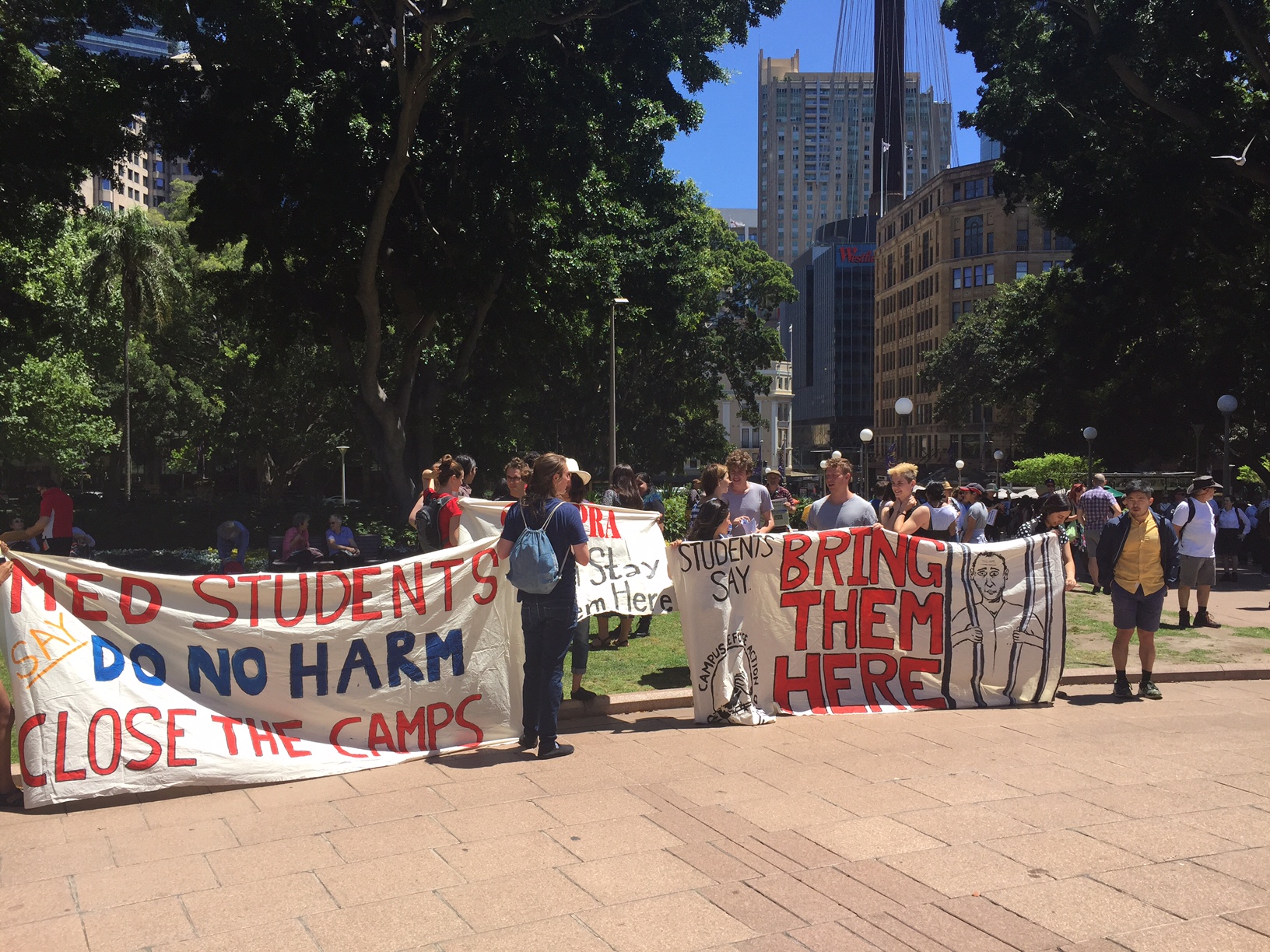 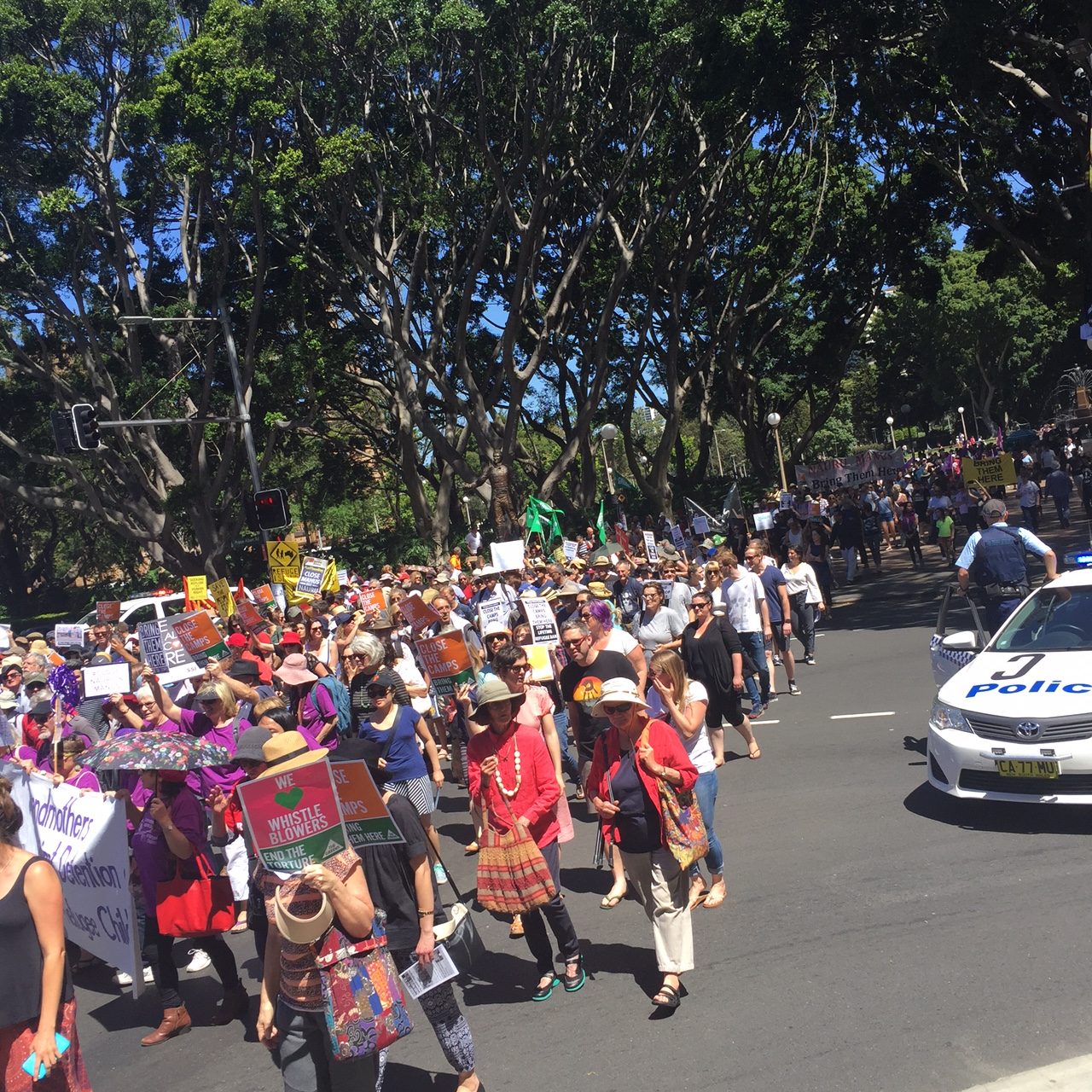 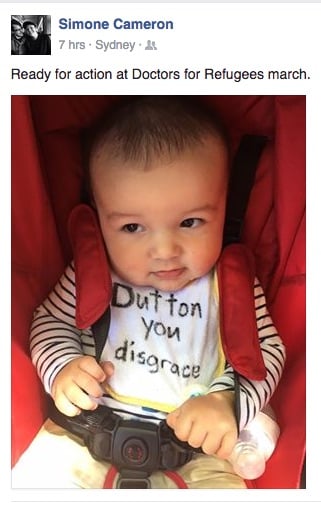 The Nhulunbuy for refugees march 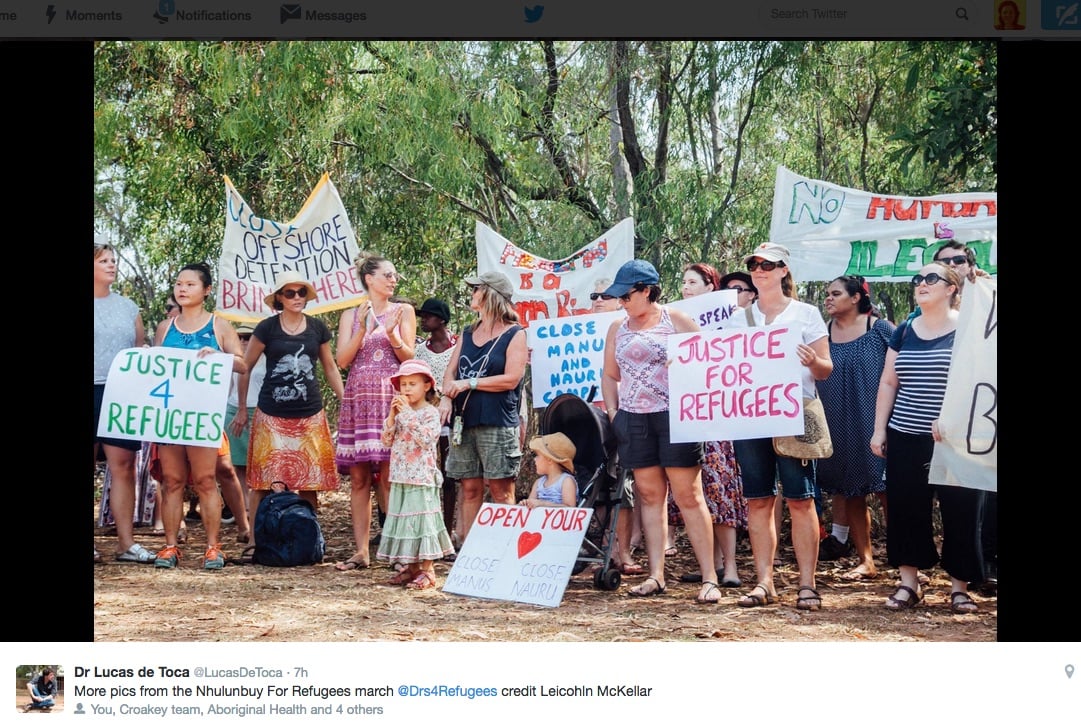 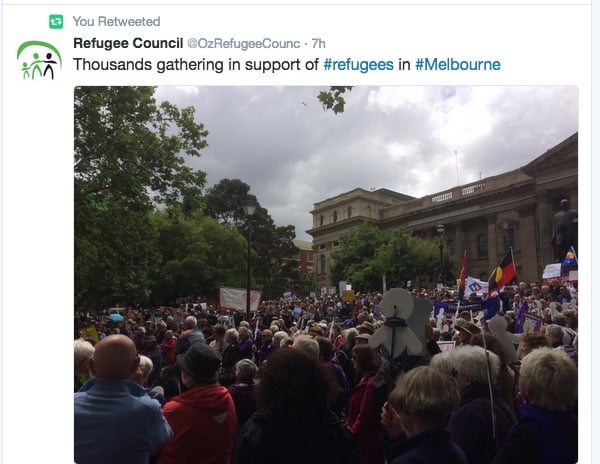 Thanks to all snappers and tweeters.