It says there is demand for PAs in rural and remote general practice; the private, non-government and community sectors; Aboriginal medical services; and defence. Rural and remote doctors are the strongest advocates for an urgent and positive consideration of the roles of PAs, it says.

Interestingly, NSW is the only jurisdiction not to back PAs: all other states and territories were willing to consider PAs as part of their health workforce. (NSW representatives instead wanted more generalist medical positions such as ‘hospitalists’).

The report notes that those with direct experience of PAs or PA students are confident about the safety and acceptability of PAs for the Australian health system.  They also say that PAs would improve the productivity of other health professions, and would be unlikely to threaten the training of medical graduates or the advanced practice roles in other professions.

Despite a decade of discussion and two successful pilot programs, says the report, there remains a high level of misunderstanding about the clinical role and professional attributes of PAs and how they might complement and add value to existing team structures.

On a related note, the report says: “Those who openly declared their opposition to introducing PAs in Australia were likely to advocate for the interests of existing professions, either nursing or medicine.” (Croakey wonders if this gives any hint of the reason for the NSW resistance: are the medical and nursing lobbies more influential in NSW?)

The report also notes the potential of PAs to reduce health care costs by providing a new workforce group to provide safe and effective services at lower cost.

The report, considered by the Australian Health Ministers’ Advisory Council (AHMAC) in February, has been keenly awaited by PAs and their supporters, including one of the first PAs to graduate in Australia, Ben Stock, who writes below that action is now needed.

In 2011, Health Workforce Australia commissioned a report into the Physician Assistant and their potential role in the Australian health workforce. This report was completed in November 2011 and earlier this year was tabled to the Australian Health Ministers Advisory Council for consideration and it has now just been formally released.

In addition the report also considered submissions from various key stakeholders such as personnel from the rule and remote health sector, Physician Assistant graduates and students from the Australian PA programs conducted by University of Queensland and other professional bodies representing nurses and doctors.

The findings of this report are overwhelmingly supportive of the introduction of the Physician Assistant into the Australian health workforce.

A number of concerns were raised by some respondents about introducing a new health professional, such as the competition of training placements for junior doctors and medical students, and potential competition with the existing nurse practitioner role.

It is interesting to note that the report could not find any evidence that supported either of these two arguments. One thing the report alludes to is that the acceptance of the Physician Assistant role is based on the level of understanding. The greater the respondent understood the role of the Physician Assistant that more likely it was to be accepted.

What does this report mean for Australian Physician Assistants?

Firstly, it will stimulate a great deal of discussion, both positive and negative. The report clearly outlines positive impact that the physician assistant will have on the Australian health workforce and the overwhelming support of the rural and remote health sector.

So, what is the next step?

Well the next step is in fact already happening and as can be seen from the recent events in Tasmania, there is a desire in some states to commence the introduction of a Physician Assistant.

Whilst the work being conducted in individual Australian states should continue, the Physician Assistant should also be considered at the national level.

This report echoes the sentiments of the Australian College of Rural and Remote Medicine (ACRRM) that the profession should be registered nationally under AHPRA, and likely administered by the Australian Medical Board.

There are at present over 30 Australian Physician Assistant graduates, with a new cohort of students having commenced this year.

As the HWA report identifies, the Physician Assistant will have a positive impact in the health workforce, so now it is time to get started and introduce this new health professional. 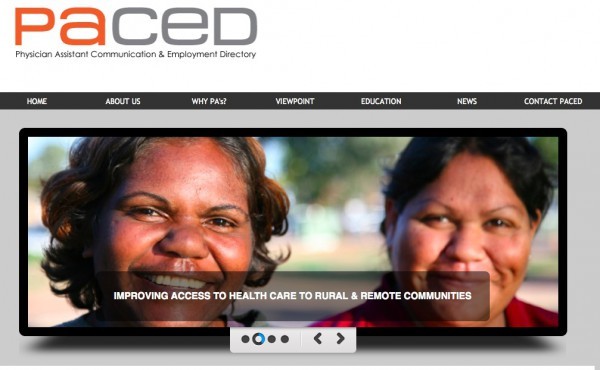