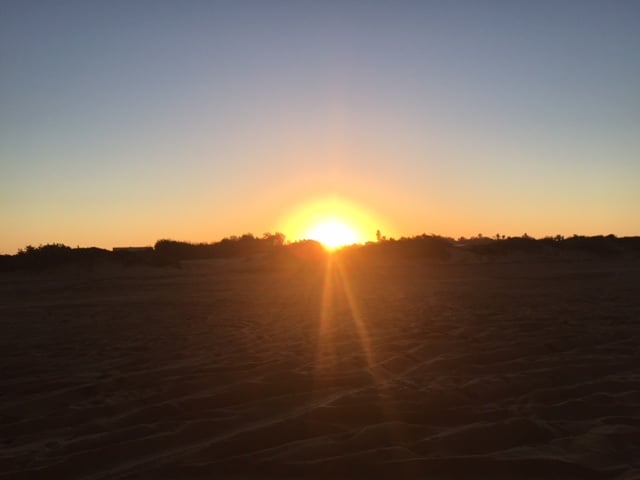 #HealthBudget18: A “minimal and piecemeal approach to mental health funding and planning”

The National Mental Health Commission has welcomed the Federal Budget, saying it “firmly demonstrates a commitment to making the mental health of our nation a top priority”, stating that the Government will invest $338.1 million over the next four years in “a range of worthy initiatives”.

However, Dr Sebastian Rosenberg, a Fellow at the Centre for Mental Health Research at the Australian National University and Senior Lecturer at the Brain and Mind Centre, University of Sydney, has another perspective.

In the article below, he suggests the funding is insufficient to make a real difference to the “barren landscape” of our service ‘system’. The investment is quite modest, he says, in comparison to the scale of the effort required to really address Australia’s mental health needs.

And that is without even considering the budget’s impacts upon the social determinants of mental health and wellbeing, especially for disadvantaged groups.

Mental health was listed as a ‘winner’ by some media outlets as a result of $338m in funding announced by Minister Greg Hunt as part of the Federal budget. The legitimacy of this analysis depends on your perspective. Some new money is of course better than none, and the Minister’s personal commitment to mental health reform is certainly welcome.

The actual amount of money provided to mental health is about the same as recent budgets – some, but not a lot.

According to the most recent data available at the Australian Institute of Health and Welfare (2015-16), mental health accounted for 7.67 percent of total government expenditure on health. It was 7.68 percent five years before that (2006-07) and 7.29 percent in 2005-06.

The investment made in the budget does not fundamentally shift the trajectory of Australia’s spending on mental health, leaving a considerable gap between the resources available and mental health’s share of the overall burden of disease (12 percent). This gap may not explain everything in relation to Australia’s mental health crisis but it probably explains quite a lot.

Looking at the budget in a little more detail suggests quite a few smaller investments, to quite a few organisations. There is $33.8m for Lifeline’s phone counselling service, $37.8m for beyond blue’s Way Back suicide follow up service and $1.2m to SANE Australia for the Better Off With You campaign. The National Mental Health Commission is funded ($12.4m) and the Rural Flying Doctor Service also received $20.4m.

These funds are of course not annual, but are divided over the four budget years. For example, the Commission’s budget is about $3m each year.

But even here, the $125m investment occurs over 10 years, meaning actual new money each year is quite modest, in comparison to the scale of the effort required to really address Australia’s mental health needs.

The Budget also provided $82.5m for psychological services in residential aged care along with $20m program to support older Australians in the community who are isolated and at risk. This is a long overdue investment in the mental health of older Australians. But, and by comparison, this spending equates to around four weeks’ worth of expenditure on the existing Better Access Program.

Funding for $4.7m was also provided for the continued operation of Head to Health, the Government’s digital gateway for mental health services and $3.9m was announced prior to the Budget and allocated to the Mental Health in Multicultural Australia project.

The mental health and welfare of Australia’s multicultural community is surely one of the great sleepers in what is already an area crowded with problems. This is a very large community. Perspectives, definitions and attitudes towards mental health and illness vary greatly between cultural groups. Culturally appropriate services and incredibly rare.

A key boast for the Government in this year’s Health budget was the ‘record’ hospital funding agreement. From a mental health perspective this could be a concern, serving to perpetuate the hospital-centric nature of this country’s service ‘system’.

This investment comes at a time when some are calling for new mental health hospital beds. It comes at a time when the roll-out of National Disability Insurance Scheme is resulting in the dismantling of Australia’s already fragile psycho-social disability support services. It comes despite data from a decade ago collected across Australia’s mental health system indicating that 43 percent of all mental health beds in hospital were occupied by people who would be better off in other settings.

Addressing Australia’s mental health crisis needs a coherent strategy of long term investment aimed at finally building the community mental health system to be a viable and realistic alternative to hospitalisation. This would be both economically more efficient and represent good practice early intervention care, with hospital-based services an emergency back-up, not the front door.

This kind of strategy would require piecing together initiatives run by all governments, by the NDIS and by housing, employment and other agencies.

There is no such strategy. If your mental health problem is not fixed by six sessions of Cognitive Behavioural Therapy, you have few alternatives for care apart from the emergency department of your local hospital.

Our service ‘system’ is a barren landscape.

In announcing his 2006 multi-billion dollar investment in mental health as part of the Council of Australian Government’s National Action Plan on Mental Health, then Prime Minister John Howard suggested that real change in mental health could not be achieved through a quick fix, but instead through sustained investment at the required scale.

This Budget does not provide this. It represents a continued minimal and piecemeal approach to mental health funding and planning.

• Bookmark this link to track our #HealthBudget18 coverage.