Healthcare may be about to get (even more) expensive for patients

Patients who already have high out of pocket costs for X-rays, CT scans and other imaging services are facing even higher costs as a result of little-understood Federal Budget changes.

Representatives of the Australian Diagnostic Imaging Association gave evidence to the Senate Select Committee on health last week about how patients will face significant upfront costs as a result of federal budget changes.

The transcript also shines a spotlight on the complexity and lack of transparency in the system. A number of Senators – including even system insiders like Senator Richard Di Natale – struggled to grasp how the system works and the implications of the proposed changes.

Whether this complexity is a help or a hindrance for the Government is perhaps debatable.

In the article below, Shadow Minister for Health Catherine King argues that the implications for patients could be “disastrous”. 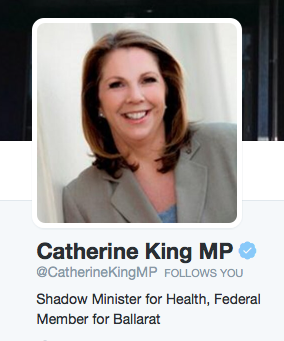 The Abbott Government is not telling the truth to patients about the full impact of its GP tax: that those who require an X-ray, mammogram, or ultrasound will be up for a lot more than $7.

That’s because the GP tax is compounded by a 10-15 per cent cut in the rebate paid to radiologists, and the abolition of a safety net for high cost diagnostic imaging services such as PET scans and Nuclear Medicine.

The combined impact could see patients forced to pay hundreds, even thousands of dollars in up-front costs.

As the Australian Diagnostic Imaging Association (ADIA) told the Senate Inquiry into out of pocket expenses: “In the face of significant cuts to rebates, it is not realistic to expect that diagnostic imaging practices will be able to charge just the $7 co-payment and no more.”

Most will now be forced to charge their patient a lot more than $7 but here’s the catch. Under Medicare rules, any patient charged these higher fees must pay the entire amount up-front.

And these costs are not inconsiderable.

According to the ADIA, general patients would have to pay a minimum of $90 upfront for an x-ray, $380 for a CAT scan, $160 for a mammogram and $190 for an ultrasound. For those unfortunate enough to need a PET scan, the up-front cost could hit $1,000.

For a typical patient with thyroid cancer, for example, a confirmed diagnosis comes after an ultrasound and thyroid function test, a follow up ultrasound and pathology, and finally head or body scans.

All up, that comes to around $1,000 in up front charges. Patients will eventually get much of this back from Medicare, but they will still be left with hundreds of dollars in out of pocket expenses.

And that’s just one scenario. According to the Association of Nuclear Medicine Specialists, a woman with a breast lump who was previously bulk billed would need to spend at least $280 up-front to have her cancer diagnosed.

A person with lung cancer will have a minimum up-front payment of $320 and someone with lymphoma $350.

For many of the 66% of patients who are now bulk-billed, those sorts of costs will be unaffordable. We already know that up-front costs are a huge barrier to people on limited incomes. Indeed, doctors are reporting that even talk of a GP Tax is turning patients away from surgeries.

Many patients will delay, or even skip crucial scans, or, as is common in the US, take out a loan to pay for their treatment.

People who do skip appointments may get lucky, and find their condition has not deteriorated. But the odds are those who do miss important scans will get sicker, require even more extensive treatment, and end up costing the health system much, much more.

And the costs of such delayed diagnosis go well beyond mere financial pain. A recent study by Cancer Research UK found almost half of English cancer patients are not diagnosed before their disease was already at an advanced stage, reducing their chances of survival.

In Britain, those findings have prompted calls for heavier investment in ways to improve earlier diagnosis.

Yet in Australia we have a government whose principal public health policy is introduce a barrier to primary health care. The aim of the GP Tax is to prevent people seeing a doctor by imposing a tax on the sick, a tax on cancer patients, a tax on chronic disease that impacts at every stage of illness and treatment.

A $7 GP Tax may not seem much for some, but its interaction with the MBS cuts for X-rays, ultrasounds and MRI and PET scans could have disastrous consequences.

As Australian Medical Association President Dr Brian Owler warns, for a woman who delays a scan because of the cost, only to have the lump on her breast diagnosed as malignant “that could be the difference between life and death”.

PrevPreviousDo you support the No Ads Please campaign? It’s a fair question to ask your doctor, say consumer health advocates
NextHealth leaders pile pressure on Australian Government to step up on #EbolaNext