The omission of justice targets from the Closing the Gap framework for improving Aboriginal and Torres Strait Islander wellbeing has been called inexplicable – and many are disappointed the Federal Government has dropped plans to introduce such targets.

The over-imprisonment of Aboriginal and Torres Strait Islander peoples is a critical health issue in so many ways, as illustrated below by Debbie Kilroy OAM MLB, CEO of Sisters Inside, a community organisation that advocates for the human rights of women in the criminal justice system.

The treatment of criminalised and imprisoned women and girls is deteriorating rapidly in Australia.

The Productivity Commission’s report on Indigenous disadvantage, which showed a huge jump in the number of Indigenous people being imprisoned and in the numbers self harming, is an indictment on us all, but the information isn’t new.

The prison system hides behind thousands of pages of law and polices that suggest women prisoners are treated fairly and with dignity, and that they are in prison to protect the community.

This is what makes it difficult to expose the raw reality of women and girls’ exposure to systematic breaches of human rights on a daily basis behind bars.

The prison system can cover up, side-step the truth, create smoke and mirrors. The prison system feeds into the rhetoric that we as advocates are just misleading the community, hysterical and even liars.

The recent cover up and diversionary tactics of the prison system in Queensland concerned the access of a newborn baby to his mother’s breast milk.

This baby boy was removed from his mother just days after his birth and placed in care. His mother was returned to prison and both were denied the right to spend these vital weeks in the purpose-built cells for mothers and babies.

Instead, the prison system and child safety facilitated the removal of this little Aboriginal boy and he was placed in foster care. His mother was given a mattress on the floor of a cell, due to overcrowding.

I cannot imagine the trauma this young mother is experiencing, the grief and loss. However, I do understand the trauma of having my children taken from me when I was sentenced to a term of imprisonment thirty years ago, and that was unbearable.

This young mother is still producing breast milk and she wants to continue to provide breast milk for her baby. Once again the prison system and child safety passed the buck back and forth to each other and no breast pump was supplied to the mother.

Sisters Inside acquired a breast pump and took it straight to the prison for the young mother. On arrival we were told the breast pump would not be accepted as the woman did not fill out a form – red tape and policies used again to block access to something as basic and vital as a breast pump.

When are the best interests of a newborn baby taken into account?

The prison system talks the talk, but side-steps action when the reality arrives.

It took an email from Sisters Inside to the general manager of the prison asking that the decision be overturned before we could take the breast pump back for the mother.

However, we don’t have confirmation that she has actually received the pump and we won’t until we see the young mother again.

Our concern is that the prison system may not allow us access to her again because we have made this issue very public and exposed the abuse inflicted on mother and child.

The prison system’s response to date is that I do not have the whole story, and they couldn’t discuss it further because of ‘privacy’. The question isn’t about the whole story or privacy.

The question is: why wasn’t a new-born baby and his mother given permission by the prison system to access the mothers and babies unit, considering she has under a month before release?

Why didn’t the prison system and/or child safety provide a breast pump for the young mother, given their policies state that such a decision is made in the best interests of the child?

Why are so many Aboriginal mothers and babies denied access to the mothers and baby units in women’s prisons? Why are the vast majority of mothers in prison with newborn babies not supplied with breast pumps, bottles and refrigeration for breast milk?

It is about the removal of another Aboriginal baby, the new stolen generation at the dirty hands of the State hiding behind unjust laws and policies.

To all those shocked by the Productivity Commission’s findings, I would say: this is where it starts. A baby removed from his mother, denied even her breast milk in a plastic bottle. Fast-forward to where this mother and this baby boy might be in ten, fifteen years. Go on, think about it.

I must put on the record now that when women and girls inform me of the trauma they experience behind bars, I believe them.

I don’t believe the cover up with which the prison system tries to minimise the women’s and girls’ experiences of violence and abuse at the hands of the system.

Aboriginal women are the most over represented group in the prison population.

In the last decade, Aboriginal women’s imprisonment rates have increased by 58.6% whereas non-Indigenous men’s prison population has increased by 3.6%.

The data clearly exposes the structural and systemic racism and sexism in laws and policies. Put this together with the fact that over 85% of women in prison are primary care givers of children, and the Commission’s findings are no surprise at all. 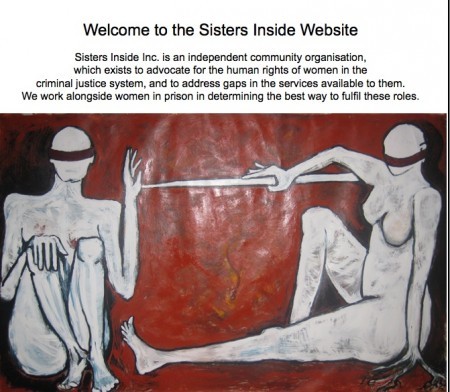 PrevPreviousThe latest upheaval – questions over the future of scheme to encourage more rural doctors
Next#VicVotes: So many health promises, so little visionNext