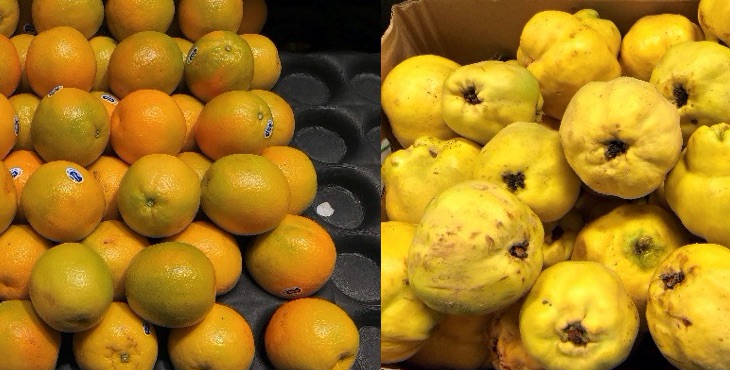 The pandemic has exposed the many structural drivers of food insecurity for Aboriginal and Torres Strait Islander people, and also highlighted the importance of Indigenous peoples’ leadership and governance in addressing this critical public health concern.

The article below, by Professor Bronwyn Fredericks and Dr Abraham Bradfield from the University of Queensland, is based upon a recent publication in the International Journal of Home Economics.

The impact of food insecurity is felt nationwide, affecting Indigenous people in remote, regional, and urban locations. Despite this, food security, particularly in urban Australia, remains a largely under researched and often neglected topic.

Recognising food security as a fundamental human right, the now disbanded Council of Australian Governments defines food security as “the ability of individuals, households and communities to acquire appropriate and nutritious food on a regular and reliable basis using socially acceptable means”.

For many Indigenous Australians access to healthy food is neither regular nor reliable.

One study found that the cost of food in remote locations averaged 60 percent more compared with urban centers. In Queensland, one third of all Indigenous people have faced food insecurity at some point, while nationally, 20 percent have run out of food within the last 12 months.

Socioeconomic factors such as lower income, including via dependence on welfare drive food insecurity as well as food choices.

The bush foods market, for example, is currently estimated as being worth 20 million dollars, yet only one percent of the industry is represented by Indigenous-led and -run companies. Yet, Indigenous peoples are best positioned to develop sustainable policies (including food policies) that are responsive to local needs, environments, places, kin, and cultures.

COVID-19 has exacerbated many of the challenges and social determinants contributing to food insecurity. These are reflective of wider systemic failures that manifest from continuing colonial power structures.

Extending beyond challenges pertaining to “access” or “service delivery” alone, food insecurity warrants deeper reflection on the status quo and consideration of how Indigenous peoples, cultures, knowledges, and agency is valued within decision-making processes in industry, politics, policy-making and social interactions more broadly.

Due to continued activism and campaigning by Indigenous community-controlled health organisations, researchers, health advocates and members of the wider community, food security and its impact on the “gaps” impacting on Indigenous people have received increased attention over the last two decades.

This has contributed to the publication of three government-sponsored reports: Eat Well Australia; Everybody’s Business; and the more recent Inquiry into food pricing and food security in remote Indigenous communities.

Spanning over two decades, each enquiry has targeted specific areas including nutrition and food choice, remote community stores, and the more recent claims of price-gouging.

Consistent in all the reports’ findings is the need for streamlined national approaches and coordinated responses across all levels of government, communities, and service providers.

Foundational to its success is building capacity within Indigenous communities through increasing the Indigenous workforce via governance training; career pathways; increasing the number of Indigenous nutritionists, dietitians, and health specialists; broadening access to grants and funding; creating a competitive job market; and ensuring an equitable marketplace through initiatives such as national licensing schemes.

Responding to food insecurity during COVID-19

COVID-19 has presented numerous challenges for Indigenous peoples in terms of food security. It has also emphasised Indigenous strengths and capability for implementing appropriate targeted responses. Indigenous communities were quick to respond to the pandemic.

Whilst the government spoke of Indigenous peoples’ vulnerabilities, there was an overwhelming sentiment within many communities that government-led responses would be delayed, unresponsive to local needs, or altogether non-existent.

The pandemic merely exacerbated pre-existing issues and exposed a wider neglect and failure of governmental accountability in delivering basic human rights, such as access to food and essential items.

Alongside preventative measures such as community lockdowns, restrictions on movements, and border closures, came numerous pressures on community services, which had a significant impact on food delivery and supply chains. NACCHO estimates that demand on remote stores increased by 20 to 30 percent during the pandemic due to people’s return to their home communities.

Overcrowding coupled with other socioeconomic disadvantages, such as having inadequate food preparation facilities or electricity to power essential items such as refrigerators, means that many may have been more inclined, or even forced, to opt for unhealthy takeaway or prepacked food options.

Only six percent of houses in Indigenous communities in Queensland have the entire recommended infrastructure and utensils for safe food storage and preparation.

Environmental and circumstantial factors also influence food insecurity and supply chains – particularly in communities such as Walgett whose only community store burnt down in 2019. This was coupled with the fact that salt had leached into their water supply making it undrinkable, necessitating the purchase of bottled water at a time when stock was limited and panic buying rampant. The replacement store only received 26 percent of the stock ordered during the height of the pandemic.

Communication breakdowns between governments and communities meant that many were caught off guard by lockdown decisions and were therefore under-resourced in making preparations.

Communities such as Wilcannia – which has been feeling the full brunt of the pandemic – had warned of the detrimental health risk of COVID-19 and called for greater support to enforce lockdowns so that visitors would not pass through their town or deplete the store’s food supply.

Other communities such as Cherbourg quickly mobilised to set up checkpoints to monitor and restrict movement. Such measures however have had their critics, with the establishment of a permit system in Davenport being likened by some to the oppressive protectionist policies of past.

Peoples’ return to Country in remote and regional communities has, however, had some positive physical and mental outcomes, providing opportunities to source traditional foods and maintain relational and cultural ties to kin and the land. Many Indigenous people felt returning to their home Country and/or community was an opportunity for cultural rejuvenation.

Philanthropic endeavours led by community-organisations and large chain supermarkets has also been positive in some cases. Partnerships have ensured that some communities were able to have continued access to food.

While philanthropy alone cannot address the underlying issues that drive food insecurity, COVID-19 has nonetheless demonstrated to industry that both they and Indigenous representative bodies are capable of entering meaningful partnerships and sharing resources for mutual benefit and common interest. This sentiment must translate across all levels of government.

The need for greater control and Voice

The consistent inability to adequately implement the recommendations of past government reports, and effectively address ongoing concerns relating to food security points to a systemic failing where communication and the transference of knowledge and resources between local communities, service providers, and governments often breaks down.

COVID-19 has exposed such breaks in communication but has also highlighted local communities’ capability to quickly mobilise and identify what actions are needed to keep their communities safe.

Indigenous-led organisations such as the Aboriginal and Torres Strait Islander Advisory Group on COVID-19, the Coalition of Peaks, and numerous community-controlled services, as well as reforms such as those proposed by the Uluru Statement from the Heart, State Treaties, and other inquiries like the Queensland Productivity Commission’s investigation into service delivery, all propose new ways of navigating policy and decision-making processes.

Unanimously, Indigenous peoples are demanding greater participation within the very sociopolitical structures that govern their lives. Such mechanisms will empower communities so that they may implement the strategies necessary to ensure that access to healthy food is regular, reliable and affordable.

PrevPreviousLooking behind the numbers for a better understanding of suicide and its impacts
NextOn vaccine passports, should we look to the wisdom of crowds, or a crowd of the wise?Next