At the bottom of the post – in the Twitter conversation – you can see an example of how a children’s hospital in Canada is using social media to provide community education.

In Australia, however, my impression is that the opposite is true, and that the primary health care sector has been leading the way. It’s been interesting to watch Divisions of General Practice, community and social service groups, and the new Medicare Locals engaging with Twitter, and how it has been helping to build networks and sharing of information within the sector.

Public hospitals are such victims of centralised information-control and defensive risk-management approaches to media that they seem largely unable to embrace the opportunities of the new media age (although the bottom of the post shows that some are making tentative steps in this direction). Mind you, they are not the only institutions struggling.

I heard recently of a health organisation – whose core business should include advocacy and community engagement – asking senior staff to provide their tweets a month in advance (presumably so they can go through the approval process). Clearly this is an organisation that is yet to come to terms with effective use of Twitter.

By contrast, the private hospital industry is active in the social media space, as revealed in this recent post on the blog of the Mayo Clinic Centre for Social Media, by the Communications and Marketing Director for the Australian Private Hospitals Association, Lisa Ramshaw. She writes:

APHA actively promotes the value of private hospitals in Australia through our Facebook page, our Twitter account and through our rapid response social media monitoring. We also have a Valuing Private Hospitals webpage where patients, their family and friends and our hospitals’ staff can post comments on why they value private hospitals. We have recently launched a new campaign, ‘The Means Test Means‘ to assist us in fighting against the Australian Federal Government’s proposed legislation to means test the Private Health Insurance rebate.

However, Ramshaw adds that: “The use of social media in healthcare in Australia and especially in hospitals lags behind the US currently.”

But there have been some early adopters. Below, Dr John Ballard, formerly the long term Chief Executive Officer of Mercy Health, explains how he was converted to Twitter.

My initial approach to Twitter was both sceptical and tentative. Our media adviser, Peter Kent from Porter Novelli, had been steering me toward social media for a long time. I resisted. My resistance was not based on logic or experience, but a belief that it was simply noise to the void and a waste of time.

Around the same time Mercy Health was organising a jobs expo and had established a company presence on Facebook. As the then Chief Executive, my HR director asked me to indicate on Facebook that I would be attending. The Gen Ys in the HR team were shocked that I didn’t have a Facebook account and offered to set it up for me. They asked me to enter some friends who were on Facebook and their shock turned to amazement when I assured them that I do not have any friends who use Facebook. I still write letters with a fountain pen. They were not familiar with the pejorative use of the term Luddite, but somehow their facial expressions conjured the word to mind.

My two self appointed 25-year-old Gen Y interpreters from HR offered themselves as friends to get me started. I asked whether they had thought this through. Did they really want their 50-year-old boss seeing what they did on the weekend? I explained that I can only be the CEO and must always act as such. They told me, with Gen Y insouciance, to get over myself and that it was my problem.

Once on Facebook I found that some of my closest, and oldest, friends were also using the medium and welcomed me to this century.

This experience made me reconsider my position on social media. I initiated a review of our company policy on its use and application and agreed with Peter that I would undertake a three month trial of Twitter. I would only tweet on issues associated with health, aged care or social justice and evaluate its business application.

It soon became apparent that it was not noise to the void. There were people out there, and lots of them. Sometimes people responded directly to me with their thoughts and comments and I found that I had instant access to a diversity of opinions. A lot of the people ‘out there’ are also journalists, and on a few occasions, my comments had sparked in them a desire to find out more, resulting in interviews. This was great for the company profile.

Twitter has helped to keep me up-to-date with what other hospitals and health systems are doing, locally and internationally. It opened new professional networks, provided food for thought and examples of new ideas in practice. Some of my favourite Twitter accounts include MayoClinic, Croakyblog, HBR, E_JButler, connnected_care, RuralHealth_Oz, Wirelesscare1, 6_minutes, hcsmanz, AustAgedAgenda, and the extraordinary TED_TALKS.

The greater benefit has come from my daily scan of the tweets and the tangential readings found along the way. It has been a constant source of knowledge, contributing to a broadening of my perspective on issues. This has been exciting and unexpected.

Whilst I had limited success in convincing my executive colleagues to open our policy framework to social media, I realised that the greatest barrier was, like me, that they too had limited personal exposure. Concerns about privacy, bandwidth, productivity loss and cost were put forward as barriers, but they were based on assumptions without the benefit of logic or experience.

In hindsight, I should have structured a trial of broadening access to social media, with formal evaluation parameters to provide the basis for considered review. Sounds obvious but it is a step that can be too frequently overlooked.

My experience provided an insight into management decision-making that reinforced the need to challenge not only my own assumptions, to “get over myself”, but that as organisational leaders, we need to ensure we incorporate logical analysis and review of experience into our routine decision making.

• Dr John Ballard is a director of Lapis, a specialist consulting firm focusing on the health and aged care industries and formerly the long term Chief Executive Officer of Mercy Health. You can find him on Twitter.

Meanwhile, here is the response from the Twitterverse to my suggestion that the primary health care sector has been quicker than hospitals to engage with social media, as well as some related Twitter profiles and tweets. 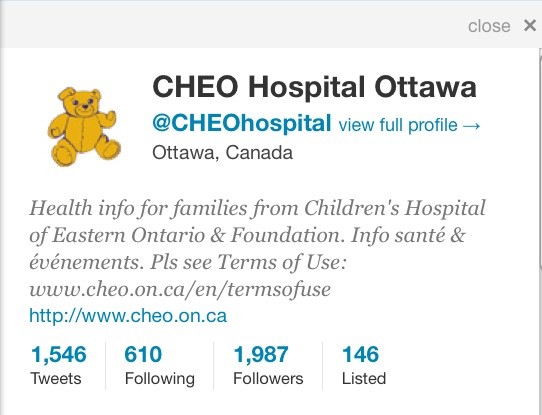 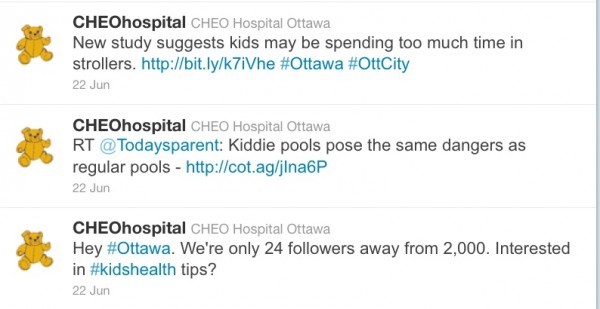 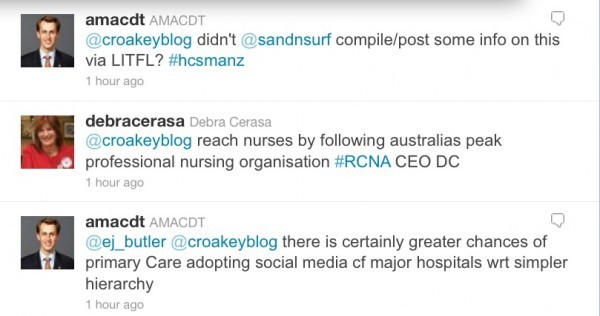 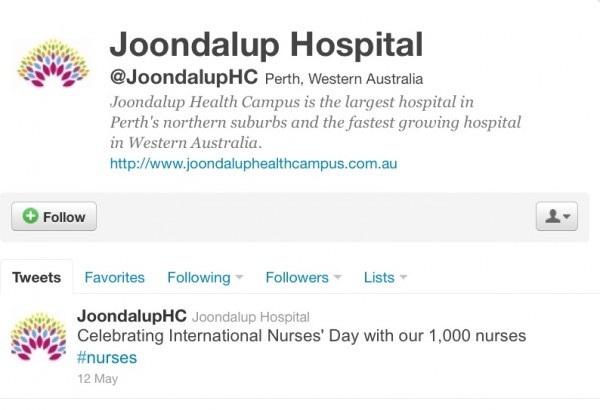 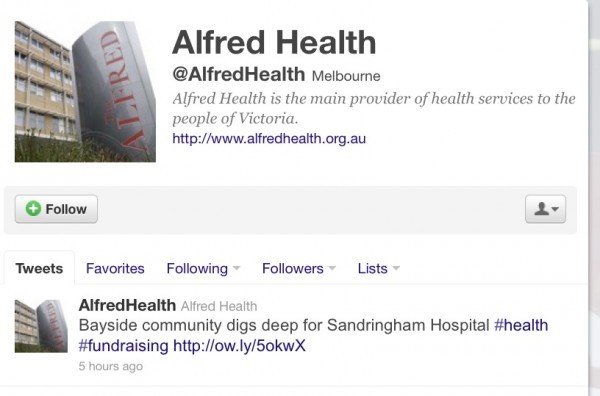 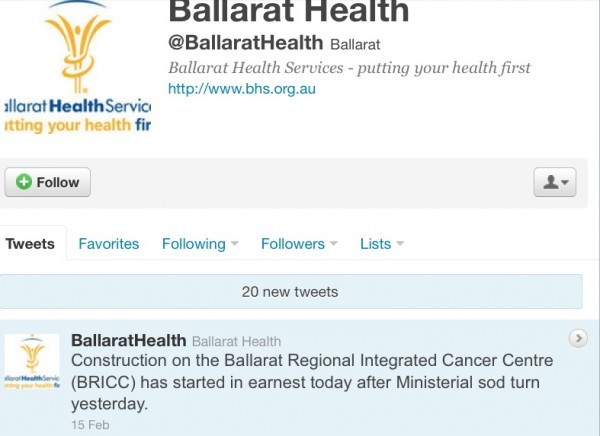 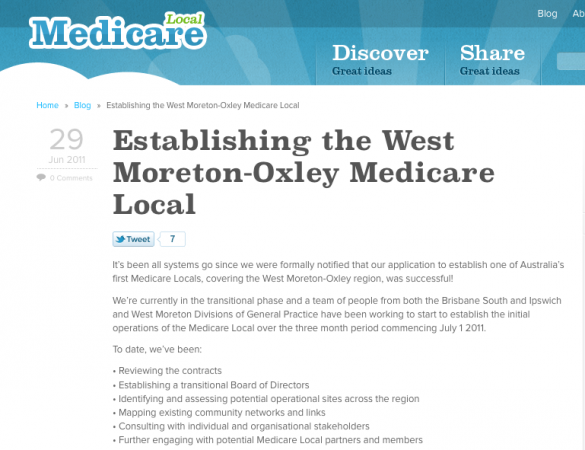 Previous posts in this Croakey series on social media and health:

Some reflections on social media and primary health care