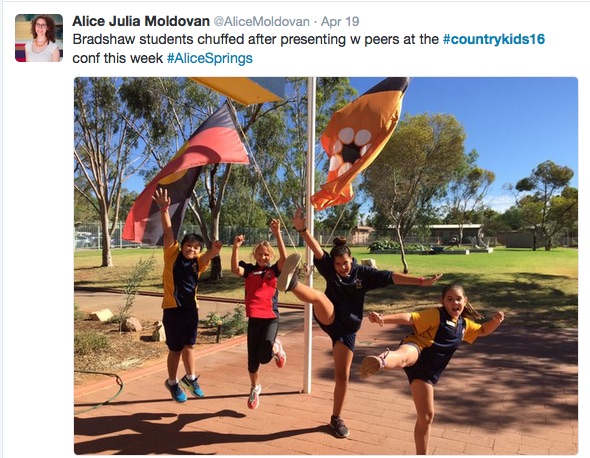 Seismic changes are needed in policy-making and service delivery to ensure a healthier early start for children, particularly for those growing up in poverty and disadvantage.

This was one of the strong themes from compelling presentations to the Caring for Country Kids Conference, which was jointly organised by Children’s Healthcare Australasia (CHA) and the National Rural Health Alliance (NRHA), and held recently in Alice Springs.

Similarly, the University of Melbourne’s Professor Kerry Arabena called for “radical transformation” rather than incremental change, and for a move away from “monocultural” thinking.

Conference participants also heard a powerful presentation from Alyawarre woman Pat Anderson AO, the chair of the Lowitja Institute, on the devastating impacts of policy failures over the past decade.

Conference presentations and recommendations underscored the importance of equity as a central concern for #HealthElection16 policies and debates. The recommendations (see bottom of this post) also give plenty of pointers for journalists and media outlets for topics for investigation and focus during the election campaign.

Croakey acknowledges and thanks rural health advocate Alison Fairleigh for providing the following clips of some conference presentations. Do take the time to watch these in full, if you haven’t already. A short summary is also provided.

Beneath the presentations are some tweets from the participants, and the conference delegates’ priority recommendations.

The changing nature of children’s health

Professor Frank Oberklaid, Foundation Director of the Centre for Community Child Health at The Royal Children’s Hospital in Melbourne, said funding and service models are lagging 20 to 30 years behind the scientific evidence showing the impact of disadvantage upon children’s development and future wellbeing.

Poverty and environments causing chronic stress were THE critical health issue for many children, affecting development and beginning a trajectory affecting health into adult years, he said.

“You can’t be exposed to the research on brain development and continue business as usual,” he said, warning that current paradigms of policy and services needed to be disrupted.

Chronic stress was having biological effects on young children that interfered with optimal brain development and affected their systems, making their more vulnerable to problems throughout life.

This “biological embedding of environmental events” was compounded by barriers to services. Children affected by chronic stress were in “double jeopardy” because they were most likely to benefit from support and quality early education – but least likely to have access.

Oberklaid said that “most paediatric admissions represent a failure of the healthcare system”, and called on the health sector to become advocates for prevention.

He urged hospitals to embrace a new mission positioning themselves as systems of care, rather than remaining focused on beds and treatment of presenting cases.

Oberklaid said prevention is hard to sell to governments because it’s invisible.

“There are no plaques on buildings there are very few photo opportunities, there are no announcements to make,” he said.

After an “horrific” decade, a call for Governments to do things differently

A process of genuine reconciliation is needed to re-set the foundations of what has been “a profoundly damaged and damaging relationship” between Australia’s First Nations and those who have come afterwards, Pat Anderson told the conference

Consistent, evidence-based policy processes with Aboriginal input and control were vital, she said.

Anderson described the damaging impacts of the NT Intervention and its subsequent iterations, as well as the Indigenous Advancement Strategy, which had led to funding cuts for successful community controlled programs.

Government had expended lots of energy but achieved little, she said.

“It’s like government is running really, really fast; their arms are pumping, their legs are going – but they’re running on the spot, they’re just not getting anywhere.”

Anderson also described the harmful impact of the profound mistrust shown by governments and policy makers towards Aboriginal peoples, knowledges, and communities.

“It doesn’t make any difference how good you are, if you are an Aboriginal organisation working with Aboriginal people, you have to all the time justify your existence and we’re getting a bit sick of it,” Anderson said.

Discrimination, racism and exclusion from the life of the nation powerfully shape the health and wellbeing of Aboriginal and Torres Strait Islander children from before they are born and throughout their lives, she said.

Pat Anderson also acknowledged the recently retired CEO of the NRHA, Gordon Gregory, as a supporter of Aboriginal organisations over the years. “I can speak for all of us in saying, he will be missed,” she said.

Professor Kerry Arabena, Chair of Indigenous Health at The University of Melbourne, admonished some conference presenters for using deficit language and framing, describing the trauma this inflicts upon Aboriginal and Torres Strait Islander people.

“We are precious and extraordinary and smart, and capable beyond words. I need you to carry that in your heart away from here when you leave here,” she said.

Arabena also called for new forms of discourse around family violence and disability, and for an end to the “casual” violence inflicted upon Aboriginal men through stereotyping. As well, she called for discourse that acknowledges sexual diversity.

Arabena urged a greater focus on the preconception period – “the best way to talk about pregnancy with people is when they’re not” – and on addressing STIs in young people, and to ensure access to safe termination services.

New forms of entrepreneurial systems were needed, she said, to develop business opportunities for those who don’t want to work in racist systems.

“We don’t want to do things better, we want to do better things,” Arabena said.

A selection of conference tweets 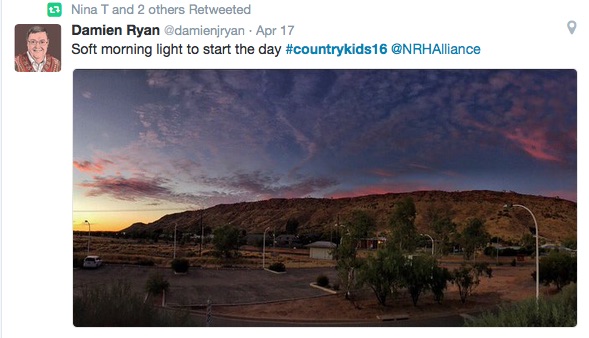 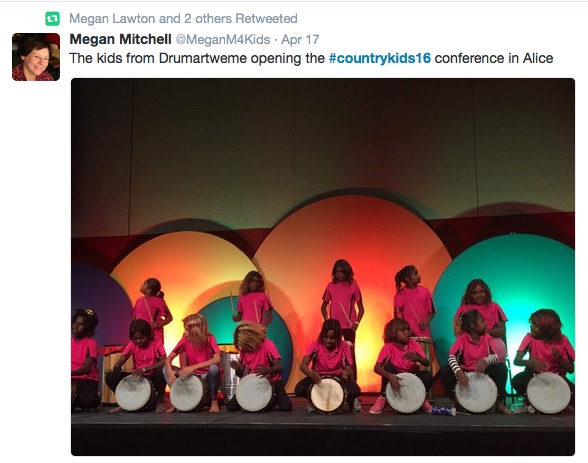 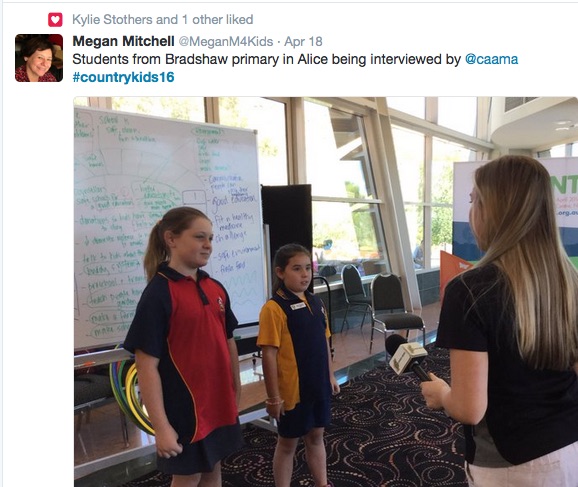 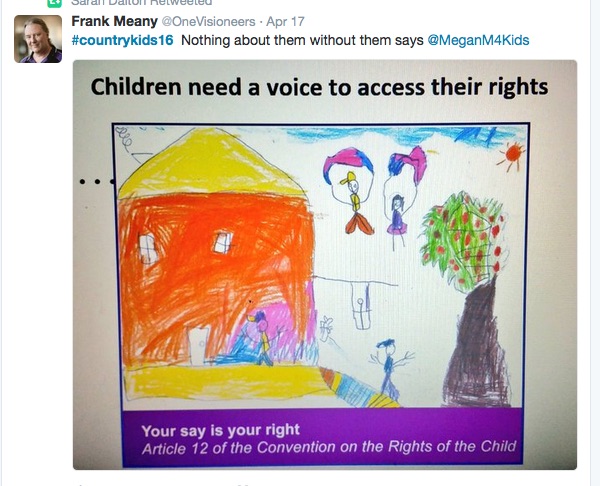 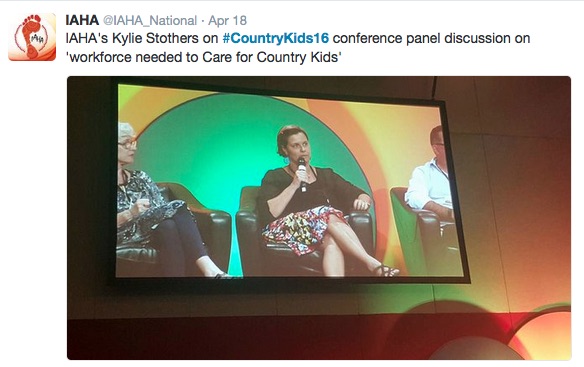 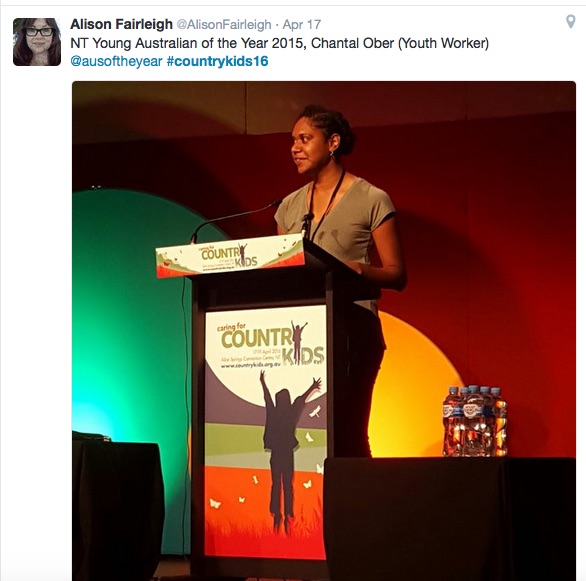 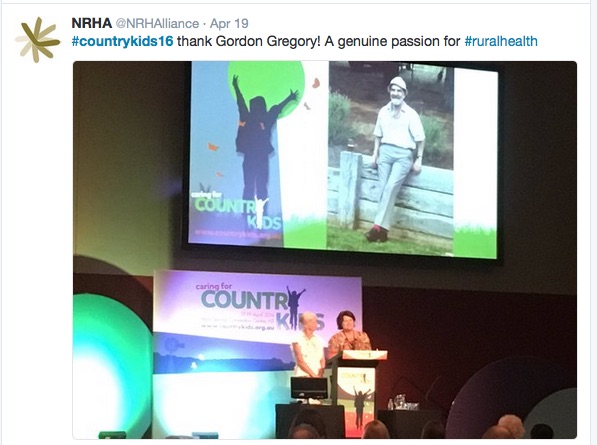 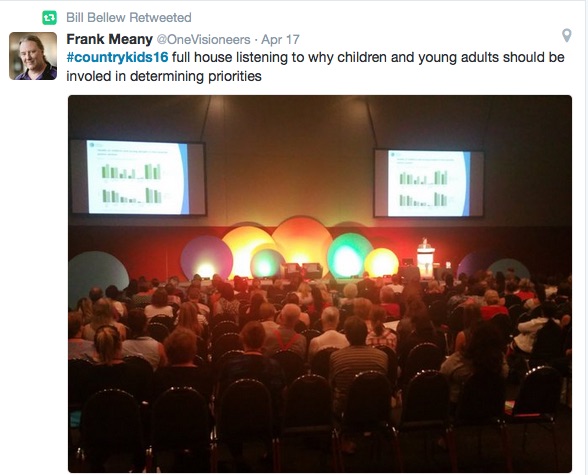 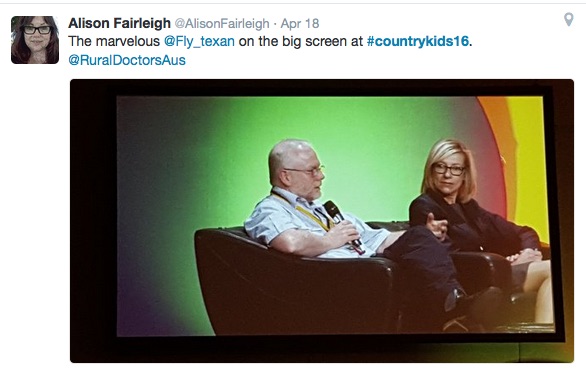 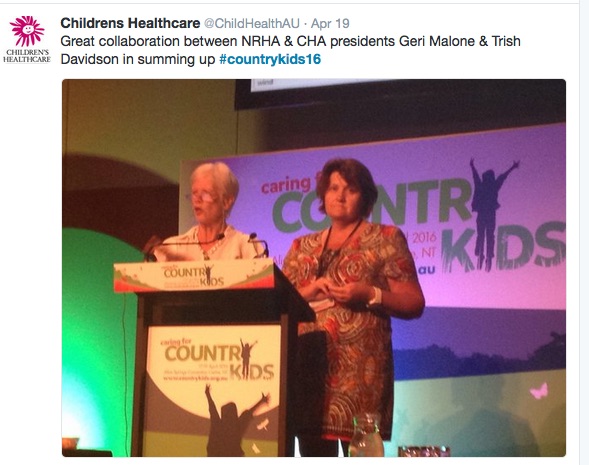 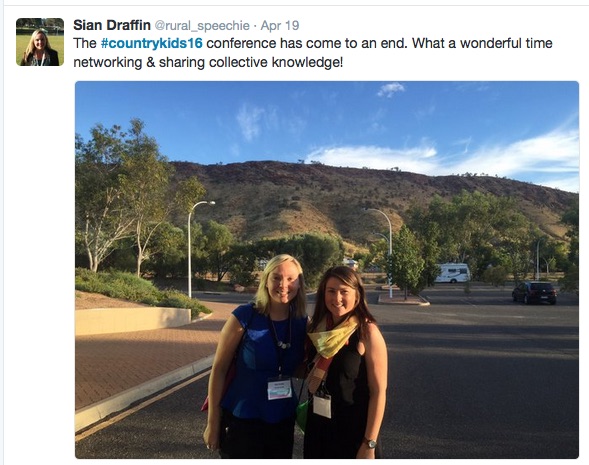 Priority recommendations from the conference

Conference recommendations can be read in full here, and are summarised below.

• Conference calls for a consistent national approach to closing the gap – one not affected by changes in government – and for improved integration between Commonwealth-funded and State and Territory services for high risk Aboriginal children.

• Conference calls on the National Disability Insurance Agency (NDIA) to do more to provide information to people in rural and remote areas about the NDIS, and to ensure that the NDIS framework include mechanisms for the identification, reporting and management of children with complex psychosocial situations.

• Conference recognises that there is much poorer access to affordable and healthy food in rural and remote areas, and that far too many children nationally go to bed hungry at night, especially children in rural and remote areas and especially Aboriginal and Torres Strait Islander children. These dietary issues have strong negative influences on child development and rates of chronic disease in adulthood. Conference calls for a high profile inquiry into the supply chain as it impacts the cost of healthy food in rural and remote Australia and including consideration of other measures including excise on unhealthy foods.

• Conference calls for a set of integrated national initiatives which would significantly raise the profile of child health care in Australia and dramatically improve our national capacity to understand what needs to be done and to act on it. Although these initiatives are not exclusively ‘rural’, Conference delegates see these organisational proposals as the key context for better care for country kids.

iii. establishment of a National Planning and Monitoring Platform for children’s health in the Department of Health, to gather, analyse and report on data relating to child wellbeing;

• Conference adds its voice to those calling for high-speed broadband to be made available (by whatever means) to families, services and businesses in rural and remote areas.

• Conference calls for improved integration between Commonwealth-funded and State and Territory services for high risk rural, remote and Aboriginal children, and for a greater focus on pre-term infants and children with chronic medical problems.

• Conference calls on models of health care for rural and remote children to include a wider and stronger application of the principle of child-centredness, and an appreciation of the complex care needs of many children, including those returning home following discharge from a tertiary centre.

• Conference calls for population screening of infants for developmental issues and other vulnerabilities to be available to all families with children aged 0-2 years.

• Conference calls on the Australian Government to fund education and primary prevention strategies – for example the alleviation of poverty, ensuring year round fresh food supply, addressing overcrowding, and enhancing sanitation to eliminate preventable diseases such as secondary infections amongst young children. These actions are vital to address the huge burden of both infectious and chronic diseases in Indigenous populations in remote Australia particularly.

• Conference calls on the Australian Government to develop a national plan for Child and Adolescent Mental Health. The plan should include specific strategies addressing the Child and Adolescent Mental Health Workforce and inter-agency cooperation – specifically including information sharing between the juvenile justice, education and community services sectors. The area where the greatest cost effectiveness can be achieved is through early identification, prevention and treatment programs. The Plan will mandate funding that is weighted to the needs of rural and remote children.

• Conference agrees that racism is undermining any progress on Closing the Gap. Conference calls for the Australian Government to act by fostering inclusiveness, addressing the Aboriginal incarceration rate, acting to rectify the disadvantage of disability and providing ongoing funding to successful prevention programs.

• Conference calls for the development of One Stop Shops for young people in remote centres to bring together in a youth-friendly space the range of health, education, communication and community services they need; and for greater use of simple general hygiene and health related video messages delivered in local languages with English subtitles.

• Conference calls for development of One Stop Shops for young people in remote centres to bring together in a youth-friendly space the range of health, education, communication and community services young people need.

• In delivering child health care in more remote areas, greater use should be made of simple general hygiene and health related video messages delivered in local languages with English subtitles, such videos would be shown in local community outlets and on ITV channel 601.

• Conference calls on governments, relevant regulatory agencies and professional bodies to recognise and act on the fact that birthing on country and in rural and remote areas is as safe as in large birthing centres, where appropriate investment is made in supporting a midwifery workforce and in appropriately monitoring & managing outcomes.

• Conference calls for a National Rural and Remote Health Workforce Plan that strategically links specific and generalist skills with emerging fields of study to provide high-quality team-based care to consumers and support for practitioners in rural and remote areas. Such a plan must consider planning needs over at least ten years, including the development of training placements and internships in remote settings. The Plan should comprehend the desirability of organisations working in remote communities having to prepare as if their employees are coming from another country.