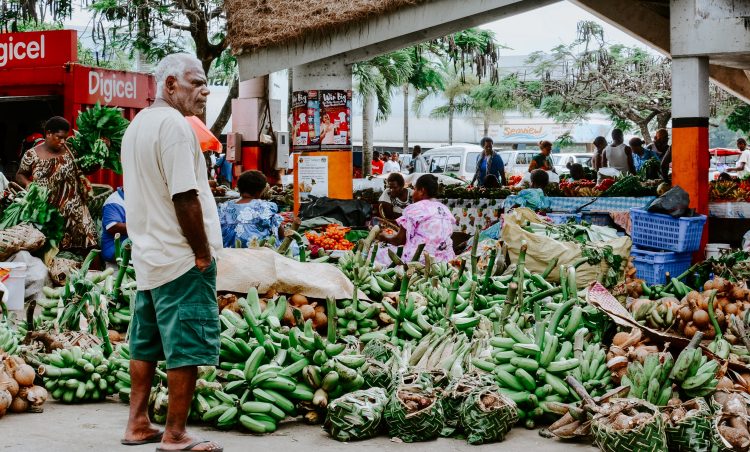 Introduction by Croakey: Australia’s health workforce is under strain from the ongoing demands of the COVID-19 pandemic and this week almost 30,000 doctors, nurses, pharmacists, Aboriginal health workers, dentists and allied health professionals were urged to join the frontline as a surge workforce.

The Australian Health Practitioner Regulation Agency (AHPRA) launched a new sub-register to support the pandemic response, with practitioners who have left their careers or retired eligible to work for up to 12 months. The extra staff will join 26,000 practitioners already on the 2020 pandemic sub-register.

“The 2021 sub-register is a tool to help health authorities meet current workforce needs and those that might arise in the next 12 months,” AHPRA CEO Martin Fletcher said.

In NSW, where COVID-19 hospitalisations are forecast to rise in October, NSW Health this week put out an urgent call for clinical and non-clinical staff to work in its COVID-19 vaccination clinics. “It’s all hands on deck,” said NSW Health Chief Nursing and Midwifery Adviser Jacqui Cross.

Victoria, meanwhile, is reported to be importing about 350 doctors, nurses and midwives to help boost its strained health workforce.

By contrast, the long history of “medical diplomacy” in Cuba has seen the country send doctors to disaster sites and disease outbreaks around the world, with a news report last September stating that nearly 40 countries across five continents had received Cuban medics during the pandemic.

It’s one of the reasons that health systems in the Pacific Islands have been resilient in the face of pandemic challenges, writes Dr Sharon McLennan, Senior Lecturer in Development Studies at Massey University in Aotearoa/ New Zealand, in the article below, originally published in The Conversation.

(In 2010, the late Professor Gavin Mooney wrote for Croakey urging Australia to stop importing medical resources from countries in need, and “to do a Cuba” by instead exporting thousands of doctors to low and middle income countries – a call that resonates as the pandemic exacerbates global health inequities.)

With the COVID-19 pandemic stretching health systems worldwide, Pacific countries have capitalised on their relative isolation to avoid the worst. Border closures and other measures have slowed and stopped the spread of the virus to the point some nations have recorded no cases at all.

Even where the virus has not spread, however, establishing screening, quarantine and mass vaccination programmes has stretched already limited health systems. Where community transmission has occurred, as in Fiji and Papua New Guinea, it has severely tested national health systems.

The good news is that these small nations have been more resilient than they might otherwise have been due to a dramatic increase in the number of doctors employed in the Pacific in the past decade.

Where these doctors come from may surprise you. Most are new graduates of the Latin American School of Medicine (ELAM) in Cuba. Over the past decade, more than 250 Pacific students have travelled to Cuba, learned Spanish, and completed six years of medical training on full scholarships from the Cuban government.

But Cuba has also recognised that having foreign doctors staff health systems indefinitely is unsustainable, and that “the ideal provider is a well trained, homegrown health professional”.

The purpose of ELAM is therefore to train students from lower income and medically under-resourced communities who will go on to serve their countries. Training doctors is an act of solidarity and compassion built on Cuba’s commitment to health as a human right.

While the programme began long before the COVID-19 pandemic, its impact on health system resilience and crisis response has been crucial. Without skilled professionals as a first line of defence, there can be no effective health security or pandemic response.

Cuban medicine and medical training also emphasises prevention, public health and community care. It’s a model designed for low-resource environments, well matched to the needs of the Pacific. As one Cuban-trained graduate in Tuvalu said:

Cuban-trained doctors have a sense for preventive medicine […] I think our best contribution in the health services would be to apply what we learned in Cuba and to adapt it to our health system in Tuvalu.

As a result of this pandemic our resources have become even more limited than before. So, prevention and good health promotion would be the main goals to achieve to limit the use of already scarce resources.”

At the same time, the return of these graduates and their integration into local practice hasn’t always been smooth. Their initial integration has been threatened by a lack of places in medical internship programmes in the region. These had to be rapidly created or upscaled in the Solomon Islands, Vanuatu and Kiribati.

While they demonstrated good basic medical knowledge and strong foundations in preventative health, many Cuban graduates did poorly on their entry exams for internship training.

In particular, they struggled with basic procedures and also with medical English, having studied in Spanish.

Partly, though, problems have been the result of differences between Cuban and Pacific health systems and needs. Many diseases prevalent in the Pacific have been eradicated in Cuba, which also has a much higher doctor to population ratio and therefore more defined professional roles within the health sector. As a medical trainer noted:

The Cuban-trained interns said that in Cuba you would never take your own blood samples […] You wouldn’t interpret the X-rays. You’d have lots of other people to do that for you. So they’d never learn any of those skills. But they were keen to. They were so keen to learn.”

Bridging courses and successful intern training have addressed these differences. Concerns have eased as graduates have moved into jobs, with some also undertaking post-graduate training in Fiji, New Zealand and elsewhere.

Cuba’s direct Pacific contribution has slowed due to the pandemic and changes in regional governments, with only one Cuban doctor still in the region (in Kiribati).

But a virtual meeting last year between Cuban experts and representatives from seven Pacific countries did address regional responses to the pandemic. Cuba has also offered post-pandemic support to Nauru and Palau, and remains open to cooperation with other Pacific countries.

It’s safe to say, however, that many Pacific nations have been able to respond well to the challenges of COVID-19 because of Cuba’s past assistance. In particular, the strong sense of service, community and solidarity built into Cuban medical training has sustained and motivated Pacific health workers on the front lines.

See here for Croakey’s archive of stories on global health.

PrevPreviousJoining the dots: how wide-ranging forces are undermining public health responses to the pandemic
NextTailoring messaging to faith groupsNext