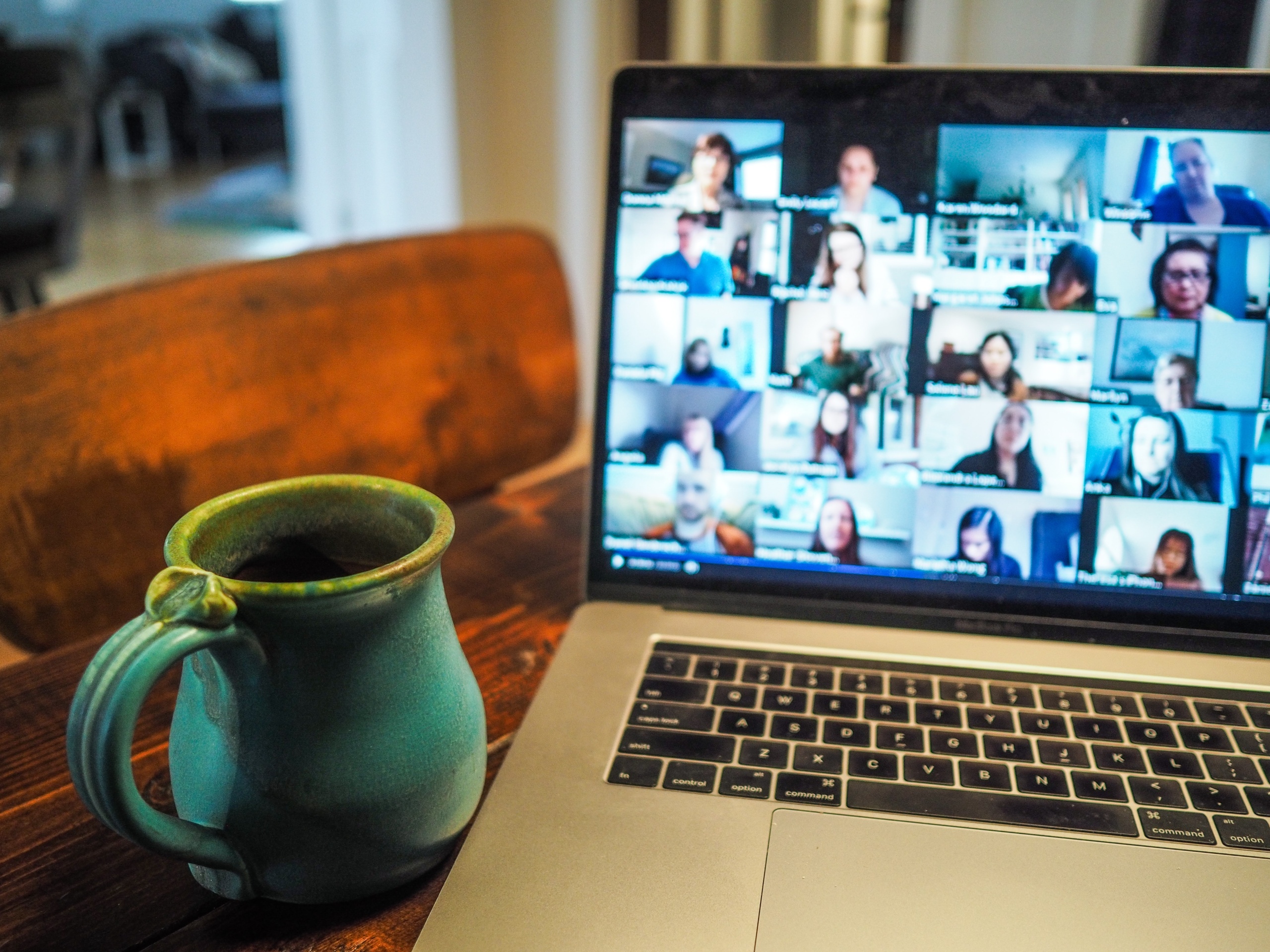 In yet another example of the need for more effective regulation of digital platforms for public health, a recent World Health Organization investigation has uncovered extensive online marketing of infant formula using questionable strategies.

Exploitative and highly targeted methods of promoting infant formula using digital technologies have been highlighted in a recent report by the World Health Organization (WHO).

In a statement, the WHO said: “Formula milk companies are paying social media platforms and influencers to gain direct access to pregnant women and mothers at some of the most vulnerable moments in their lives.”

The type of digital marketing used to promote infant formula has the potential to “undermine confidence in breastfeeding”, which is hugely problematic given the importance of breastfeeding for the “lifelong health of children, women and communities,” according to the report.

Digital platforms can identify their audience in “unprecedented ways” that “have not been possible in traditional media,” Dr Nina Chad told the audience at a webinar to launch the report earlier this year.

Chad, an expert in the WHO’s Department of Nutrition and Food Safety, told the webinar that “digital media has created some new and more, very cost effective and very powerful channels for distributing promotions” for infant formula that can largely evade scrutiny.

Key findings from the global report indicate that up to 80 percent of women who report seeing advertisements for infant formula have seen them online and that many of the adverts were “made visible only to them”, making them hard to recognise as advertising.

The four million social media posts about infant feeding that were analysed in the research reached 2.47 billion people and produced more than 12 million comments, shares or likes.

Dr Laurence Grummer-Strawn, also from the WHO’s Department of Nutrition and Food Safety, told the webinar: “A huge proportion of this discussion that’s happening online about breastfeeding, formula and brands is actually coming from companies that are trying to sell products”.

The infant formula market has been estimated to be worth more than US$52 billion, according to the report.

The WHO’s report was conducted in response to a request at the 73rd World Health Assembly in 2020 for a detailed review on digital marketing strategies for promoting infant formula.

Sources of evidence included a systematic review commissioned from the George Institute for Global Health, social listening research via a commercial social media intelligence platform that monitored social media for mentions of key phrases and keywords, a multi-country study including phone diaries and focus group discussions.

It was a global review of evidence, collecting data from multiple countries and languages, including interviews and focus groups with people from across eight countries.

Additionally, an analysis of relevant legal documents and review of the International Code of Marketing of Breastmilk Substitutes (the Code) were undertaken.

The Code was adopted by the WHO in 1981 to prevent inappropriate marketing of infant formula and although all promotion of infant formula to the public is prohibited in the Code, it was written well before modern digital technologies existed.

Dr Alexandra Jones from the George Institute for Global Health told Croakey that monitoring online marketing tactics – such as coupon, discounts and sample offerings – was difficult, even though they are “clearly prohibited in the Code”.

For example, “it is hard for regulatory authorities to know what women are seeing in their Instagram feeds at three a.m. when up feeding”, Jones said.

The difficulty in identifying parties responsible for the advertisements and the transnational nature of social media also make it challenging to enforce rules against this type of marketing.

Jones told Croakey that “while the Code clearly prohibits marketing without regard to media or methods, it does not directly address new strategies that have only been made possible by the growth of digital media”.

For example, digital marketing strategies such as data mining for specifically targeted campaigns, online parenting clubs or the use of social media influencers to promote infant formula are not specifically addressed in the Code.

“This creates an imperative to develop additional interpretative guidance about how the Code should apply”, Jones said.

Social media and online platforms such as Google, Facebook and Instagram “can and do place voluntary restrictions on marketing content – including for public health reasons on products such as alcohol and tobacco in some jurisdictions”, Jones told Croakey.

However, such restrictions do not tend to occur for promotion of infant formula. Jones said, “as there are significant financial disincentives for platforms to close off established sources of marketing revenue, it’s still likely that government-led regulatory solutions are needed”.

In addition to government-led regulations, Jones told Croakey that “automated monitoring tools using artificial intelligence could more routinely capture violations and support action from national authorities” and online privacy legislation could “protect consumers from the collection of their data on digital media”.

Acknowledging that the regulation of digital platforms goes beyond infant formula, Jones said that it could provide opportunities to collaborate with “other stakeholders interested in protecting consumer rights to achieve change”.

In addition to infant formula company’s manipulative nature of digital marketing, the industry has been linked to actions to “restrict funding to, censure, and undermine confidence in the WHO”, according to a recent analysis of lobbying expenses in the United States. 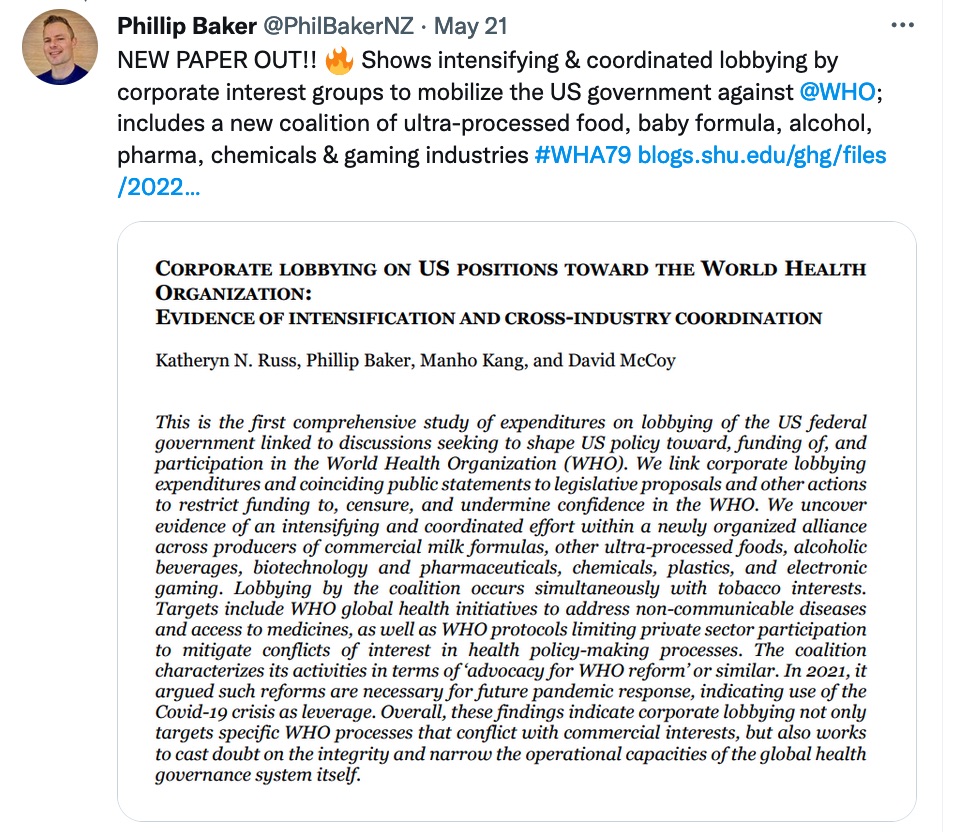 Displaying similar tactics to that of the tobacco industry, the infant formula industry has been found to lobby the US Federal Government in opposition of plain packaging on infant formula products and questioning the scientific evidence of the Code.

According to the analysis, corporate lobbying from the infant formula industry has also included “objections to WHO proposals and policy recommendations for member countries to constrain inappropriate marketing of infant formula”.

See Croakey’s archive of articles on commercial determinants of health