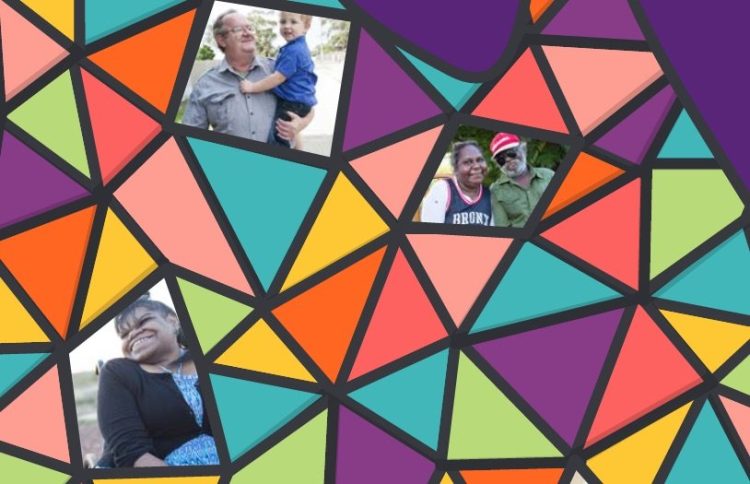 How is the NDIS re-shaping the disability sector? A call-out from researchers

As well as changing how people with a disability access services and support, the NDIS is disrupting the way that organisations work with each other in the sector.

Researchers are calling on service providers in the ACT and North East Melbourne regions to participate in a study exploring the effects of these changes.

Recently the spotlight has fallen on the NDIS, with the release of a politely scathing National Audit Office report on its governance, the failure of its electronic portal, and reports of a ‘cap’ on enrolments in the ACT.

Bubbling away quietly in the background are questions about how different service providers work together in a system that is fragmentary by design.

An evaluation just released by the Social Policy Research Centre looked at collaboration and networking among early childhood intervention (ECI) providers at the Hunter-New England trial site. It found the introduction of the NDIS has disrupted organisational collaboration and in some cases ‘disbanded’ professional networks.

In their study of quasi-markets in employment services, the most striking finding was that the policy rhetoric of ‘joined-up services’ coincided with a decline in public and civic networking among job network staff.

Considine and Lewis conclude that “commitments to ‘joining-up’ and ‘tailoring’ of services only result in new relationships at street level when other aspects of the programme architecture support them.”

This is the focus of a new study by the Centre for Public Service Research at UNSW Canberra, looking at the impact of the NDIS transition on patterns of networking and collaboration by disability service providers in the ACT and North-East Melbourne region.

Why does it matter?

The NDIS is open to people with permanent disability. The danger in the language of ‘permanence’ is that it suggests people have stable and unchanging needs.

For many people with disability, their condition is permanent but their needs can change at short notice. This is especially true for early childhood intervention and progressive conditions like early-onset dementia.

Collaboration is crucial for the NDIS to succeed. When someone accesses multiple services under a complex plan, ‘basic’ networking is essential to coordinate funded activities to achieve continuity of care.

However, this is basic networking with a major difference: it is necessary to network with external agencies, and the NDIS transition has disrupted service providers’ awareness of the service landscape.

As new needs emerge, a revised plan must be requested – and this isn’t easy to get. Our preliminary interviews have revealed ‘public’ networking by service providers to address the barriers encountered by clients and their families.

When serious problems emerged with the online portal during the ACT pilot, service providers worked through a number of advocacy channels to raise their concerns – in particular, a national register of issues and local provider forums convened by the industry peak, National Disability Services.

But there remain big questions about how the NDIS will impact on the third form of collaboration – ‘civic’ network-building, characterised by good will and a shared commitment to long-term capacity building.

In the early childhood intervention evaluation, some participants said there was now outright competition for clients; others noted the negotiation of a balance between competition and collaboration; while some reported that generalist service providers were coming to community-based providers to fill gaps in their skill set or service offering.

With the introduction of the NDIS, local, state and territory governments have in some cases left the field altogether – and this includes withdrawing funding for collaborative, capacity building, education, networking and advocacy projects that could never have been reformulated as individual service provision.

The change in funding model has particularly impacted upon specialist community-based organisations. These organisations combine expert knowledge about that one condition with commitments to community education and participation by people living with disability.

As generalist for-profit providers enter the market, there is increased need for secondary consultation around disability-specific needs – but if specialist community-based organisations can’t repackage their services to bill the NDIS on a per-client basis, they are likely to merge or fold.

In the Hunter-New England evaluation conducted by SPRC, “there was concern among NGO early childhood intervention service providers that those working privately have a comparatively low capacity to cover collaboration costs outside billable hours, as they do not have wider organisational support behind them, and that they might have a low level of understanding of other disability support models, outside their own therapy speciality”.

This will have important consequences for the accessibility of specialist expertise within the networks of service providers working with clients with complex conditions.

As this advice gets harder to find, the literature on networked problem-solving suggests that providers and carers may settle for sub-optimal solutions that are easier to find.

The NDIS is undoubtedly the biggest change and opportunity the disability sector has seen in many years. As well as changing how people with a disability access services and support, the NDIS is clearly impacting the way that organisations work with others in the sector.

To ensure that gaps don’t emerge in care needs as a result of this change, we need to know how the NDIS is re-shaping the disability sector.

Our team is currently undertaking research into how collaborative networks are changing, using a social network analysis. This enables us to paint a detailed picture of the sector, revealing important patterns about who people in the sector are talking to and why.

We are calling on providers in the ACT and North East Melbourne regions to participate in the study. You represent your organisation in this important network map of the NDIS transition HERE.

And contact us about taking part in an interview. We will be using the results of the study to help strengthen the NDIS.

• Daniel Reeders is a Research Fellow at the Centre for Public Service Research and is undertaking a PhD at the ANU School of Regulation and Global Governance. He has worked in community based organisations in HIV prevention and cancer screening since 2004.

• Dr Gemma Carey is an NHMRC Research Fellow and Senior Lecturer with UNSW Canberra. She holds a PhD in social policy and population health from the University of Melbourne. In particular, Dr Carey has investigated processes of ‘joining up’ within government and between government and non-government organisations. She runs a program of research at present focused on the implementation of the NDIS.

PrevPreviousStop the “obscene” waste in funding cycles, and make use of a great asset – the Aboriginal and Torres Strait Islander health workforce
NextSmoke Signals – a new book not to missNext