An innovative program to enable more people in Geelong to enjoy the health benefits of physical activity in the great outdoors was profiled at the recent Oceania Eco-Health Symposium and Workshop, “Linking Peoples, Landscapes, Health and Wellbeing”.

Discovering how great is the outdoors

Dr Robert Grenfell laughs as he tells the 2013 Oceania Eco-Health symposium that he’d invited his staff at the National Heart Foundation to join the walk he’d organised for symposium participants.

“I sent an email around saying: ‘Today for work we’re going to Yarra Bend national park. Who’s in?’

What’s going through people’s heads? I’m their boss and I’m saying ‘let’s go for a walk in the park’ and they’ve got too much work to do!”

Grenfell, who is National Director of Cardiovascular Disease at the National Heart Foundation, said the physical and mental health benefits of being out in open space and with nature are clear.

As his workplace example shows, few of us take advantage of the benefits as often as we can, while many vulnerable groups are unable to experience them at all, either because they can’t access transport, don’t know what is available (or allowed) or don’t consider it as an option.

A number of these groups – particularly people with mental health issues, single parents, and refugees and asylum seekers – are the focus of the pilot Active in Parks program in Geelong set up by the People and Parks Foundation, Barwon Medicare Local, Parks Victoria, and G21 Geelong Regional Alliance.

Steered by Grenfell in his previous role, as Senior Medical Advisor to Parks Victoria, the program included: 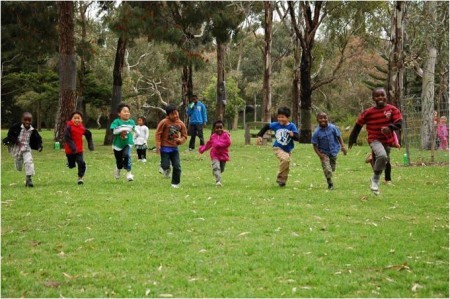 Grenfell said each group faced barriers which prevented them from enjoying open space and connecting with nature: for example, many of the refugees did not know what was available, lacked transport to get there and may have fears about the bush. “It made the ranger cry,” he said. “He had one little kid asking: ‘Can I come here again?’”

The program also sought to shift thinking in local health and community organisations, to consider how and where they could engage with people outdoors, whether it was during Maternal and Child Health visits or taking library book readings for children under the trees at the local Botanic Park. It also aimed to challenge GPs to think about different prescriptions for health.

“In public health, we talk that 75 per cent of people can do stuff if you tell them it’s necessary and provide some minor assistance,” Grenfell said.

“But about 25 per cent can’t, they’ve lost their capacity or they just cannot navigate the system and they are the ones who are coming in with lots of chronic diseases that we’re having trouble managing.”

That was particularly clear with the Bush Playgroups: “Rich mums do this, they have their mothers’ group in the park. But those who can’t or those who don’t know (it’s available), don’t do it,” he said.

Much of this, he said, can be linked to planning. Early Melbourne planners understood the need for open space, which was regularly accessed by “the poor” and resulted in an inner city like this: 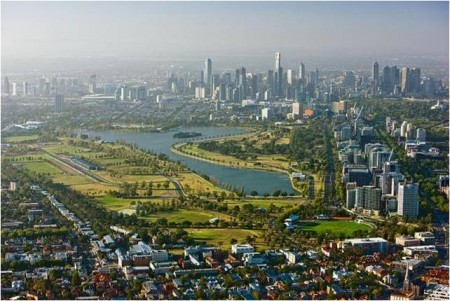 Now, he said, in our outer suburbs we are creating the developed world’s “equivalent of slums”. 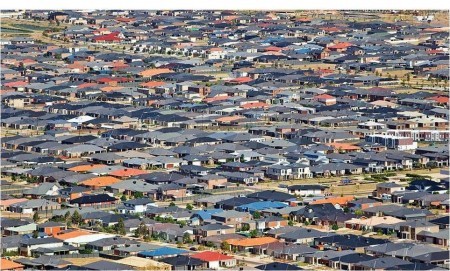 Grenfell said the effectiveness of Actitve in Parks has been measured by positive feedback and participation: not just of individuals, but also of the 30 local organisations involved. “Even more important was about 15 of those put (active parks) policies in their strategic plans; that’s very important, to normalise it. A good idea spreads.”

There’s interest in expanding the program, but – sadly – he warned it could struggle in areas where it is most needed.

“You couldn’t put this in a fractured community,” he said. “We tried a similar concept, starting smaller, in the outer western suburbs of Melbourne, but it was extremely hard to get any traction.”

At issue was the lack of social infrastructure, with under-resourced local government and community organisations “having great difficulty coping with just the bare basics of what they have to offer.”

Here’s how the program worked with the local community in Geelong (click on image for larger version). 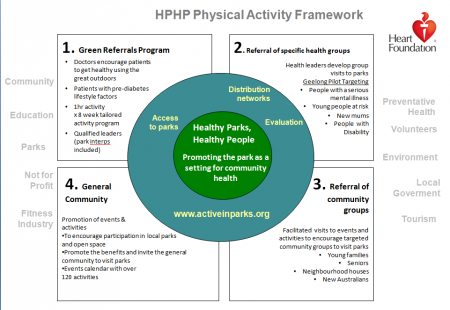 PrevPreviousInside the immigration detention facilities in Darwin: breeding grounds for mental illness
NextThe people of the Central African Republic are being forgotten in their hour of gravest needNext