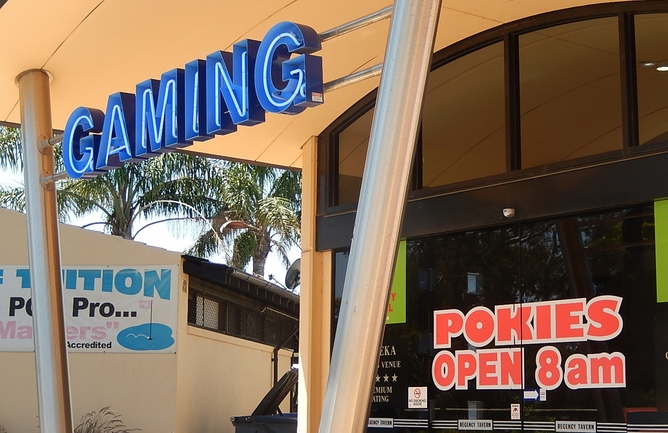 How real are claims of poker machine community benefits?

One of the claims made by poker machine clubs in Australia is that they provide significant support to local communities. Usually this is signified by the support clubs provide to causes such as junior football clubs or charities.

In 2012, the lead author of this article and colleagues found that the level of contributions clubs made to actual community purposes was low as a proportion of poker machine revenue. It ranged from 1.3% in NSW to 6.6% in the Australian Capital Territory.

In 2010, the Productivity Commission argued that although clubs made community contributions:

The (gross) value of social contributions by clubs is likely to be significantly less than the support governments provide to clubs through tax and other concessions.

Given this, there are strong grounds for the phased implementation of significantly lower levels of gaming revenue tax concessions for clubs, commensurate with the realised community benefits.

One of the difficulties noted in the 2012 study was that data on the actual poker machine revenue gained by clubs are not publicly available in NSW and Queensland; in the ACT and Victoria, these data are published. This gap in data availability makes it difficult to determine how much particular clubs are actually providing to the community compared to what they make from that community via the losses of people using poker machines.

In Victoria, club pokie venues are required to submit an annual community benefit statement, which demonstrates that they have provided at least 8.3% of their pokie revenue to community purposes. If they do this, they get a reduction of 8.3% on the gambling tax they pay, compared to hotel venues.

Venues don’t pay corporate tax. And when the GST was introduced, poker machine taxes were reduced proportionately. The tax breaks pokie venues get are quite significant, and the Productivity Commission’s comment about these arrangements was based on this rather special treatment.

What do we know?

Recently, we examined the most recent consolidated set of community benefit statements lodged in Victoria for 2013-14. Various categories of claims are available under the Ministerial Order prescribing these claims, including the venue’s operating costs – such as wages, insurance, electricity costs and renovations or equipment.

We found that contributions to what most people would regard as genuine community benefits were very low. This category includes philanthropic and charitable purposes and gifts provided to community organisations. Across the entire club sector in Victoria, community benefit statement claims amounted to A$273.7 million in 2013-14. Of this, 6.8% – or A$18.5 million – was classed as “donations, gifts and sponsorships”.

In contrast, $209.4 million – 76.5% of claims – went to operating expenses, including wages, superannuation, management costs and insurances.

As a proportion of total club pokie losses ($846 million), donations, gifts and sponsorship amounted to 2.2%.

In its 2013 report, Carlton claimed more than A$1.1 million in contributions to sporting facilities from the four pokie venues it operates – all of which went to Ikon Park, its training base for elite AFL footballers in inner-city Melbourne.

In 2014, no such claims were made. Instead, Carlton made claims of donations of nearly A$1.3 million to Ikon Park. These were regarded as donations, gifts and sponsorships, rather than sporting subsidies.

Nonetheless, these amounts went to the same purpose – one that arguably fails to provide little if any benefit to residents of the outer suburbs where their pokie venues are located.

Collingwood claimed donations, gifts and sponsorships of A$180,000 from its two club venues in 2014. The overwhelming majority of its community benefit statement claims (more than $1.8 million) were operating costs – wages, superannuation and so forth.

Geelong operates two club venues. In 2014, it claimed donations gifts and sponsorships of A$111,000. The majority of its claims were for the operating costs of the venue – A$1.5 million, 93% of the total claimed.

It’s clear claims by clubs that they provide significant benefits to the community are overstated.

Greater benefits could be provided by applying the additional tax collected from hotel venues – in Victoria’s case this would be 8.3%, or more than A$70 million per year – and from the imposition of corporate tax on gambling revenues, particularly in the case of large clubs such as big NSW clubs. These are, in many ways, little different from large commercial operations.

Some clubs do provide genuine benefits to their communities. Unfortunately, clubs have developed significant poker machine dependency – an average of about 60% of total revenue. Some club representatives may gild the lily in their claims of community support, fearful perhaps of the consequences of more effective harm-minimising regulation or fairer taxation.

But to have a meaningful debate about the pros and cons of widespread pokie gambling, we also need to be able to understand exactly what they contribute, and what they cost in adverse community impacts. Given the data blackout that prevails in NSW and Queensland, we’re a long way from achieving that right now.

This article is part of The Conversation’s special package on poker machines. See the other articles here: