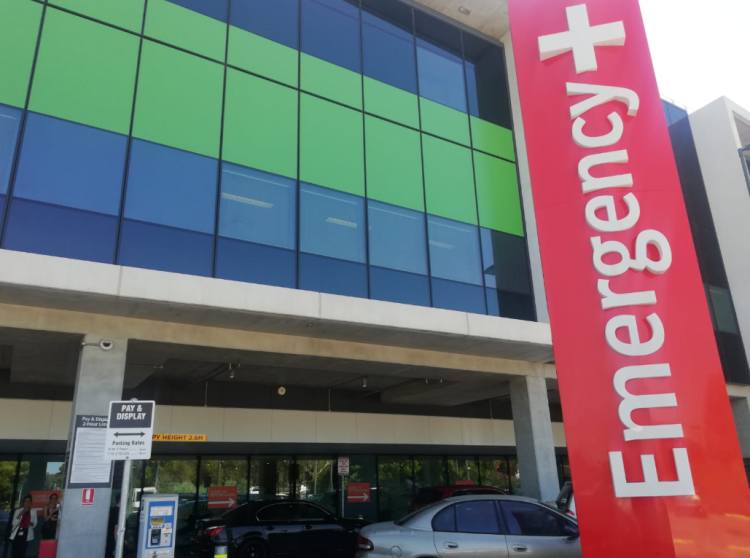 How should we prioritise care? COVID-19 research raises concerns on disability discrimination

Introduction by Croakey: Many countries have faced agonising decisions about who should access scarce health resources during the COVID-19 pandemic, but to date and due mostly to low case numbers, Australia has largely escaped such conflicts.

But that doesn’t mean these difficult decisions won’t have to be made in the future, or are not being made in other contexts.

In the article below, Associate Professor Richard Norman from the School of Population Health at Curtin University and Helen Dickinson, Professor of Public Service Research at the University of New South Wales, Canberra, report on research examining how Australians would prioritise access to health resources in the event they should run short.

Their findings confirm the discrimination that people with disability often face and highlight the need for inclusive, informed and ethical decisions and decision-making processes.

So far, the practical challenge of allocating limited resources to care for those with COVID-19 has been achievable in Australia.

For a range of reasons, including some combination of geographical isolation, strong border controls and a generally high rate of acceptance of public health messaging, as a community we have been able to maintain (by international standards) a relatively low number of cases per capita, and our hospital system has been able to provide high-quality care to those who have needed it.

As we started to see the pandemic unfold in China, Italy, the United Kingdom and the United States, among others in the early months of 2020, and we saw debates about access to health resources begin to take place,  there was good reason to think this might be an issue we could face in Australia.

Against this background a research team from Curtin University, the University of New South Wales, the University of Technology Sydney, the University of Birmingham, and Charles Gairdner Hospital in Perth came together to explore how the community would want resources allocated if the number of people needing care in an Intensive Care Unit setting exceeded the unit’s capacity.

Our project surveyed 1,050 Australian adults with the aim of understanding two things.

Firstly, who should make decisions over how resources should be allocated? Is it the community? Or would we rather have medical experts decide?

Secondly, if we do have to make such a decision, how would we allocate ICU resources between people who would have the potential to benefit from them?

The survey posed a series of hypothetical thought experiments (called discrete choice experiments), asking respondents to choose between two people who need ventilation when there is only capacity to treat one. Through this process we aimed to see how individuals would prioritise individuals with a range of characteristics (e.g. likelihood of response, age, smoking status, presence of a disability, whether they were a health care worker).

To some extent our findings were relatively predictable in terms of how ethicists think about these debates. Largely our respondents wanted to prioritise care to where it would be more effective – respondents were concerned whether the person had a good or poor chance of improvement through care. This represents what ethicists would see as a utilitarian view, where resources are used for as much gain as possible.

The average person also felt strongly that spillover effects to others should be considered. This prioritised individuals who were health care workers, with the capacity to assist in future, or if they have dependents.

Interestingly, when respondents were asked about who should make such resource allocation decisions in practice, their strong preference was for the decision to made by senior doctors or department of health experts, in preference to the general population, or based on ability to pay.

We also asked respondents how they would prioritise individuals with a range of physical and/or intellectual disabilities with mild and moderate impact.

A significant subset of the respondent group deprioritised people with disability (65 per cent for intellectual disability, 54 per cent for physical disability) in accessing health resources regardless of their ability to benefit from treatment or whether they are healthcare workers or have dependents.

The percentage of people willing to discriminate on disability was large, though the strength of that preference was small compared to age.

In many countries we have seen people with disability die from COVID-19 at higher rates than their non-disabled peers. In England, nearly six out of every 10 people who died with coronavirus in 2020 were disabled and this risk significantly increases with level of disability.

Some of this terrifying figure relates to the fact that people with disability may have pre-existing health conditions that puts them at greater risk of serious illness or death in the event of infection. However, this does not explain all of this.

While we in Australia have not seen levels of deaths of people with disability anywhere near those experienced in other countries, we do know that people with disability did report finding it difficult to access appropriate information and resources during the pandemic and felt like they had been forgotten by governments.

The urgency of such difficult decisions on COVID-19 related prioritisation has, for now, receded in most instances in Australia. However, having such discussions more generally is important in informing the debate about how we spend money in the health care system.

A broader conversation remains about allocating money between parts of the system, and by implication, between different patient groups. This is something that is a complex mix of medicine, healthcare more generally, economics, and ethics, and won’t provide easy solutions.

Much of the existing work in developing such frameworks has focused on normative appeals based on concepts such as bio-ethical reasoning, medical ethics and trust. These approaches to grounding decision making are essential, but can and should be augmented with evidence on what the public feel to be appropriate resource allocation in times of high demand and constrained healthcare supply.

However, our view is that these population preferences should not be used in isolation from ethical frameworks and expertise, a point that is apparent in the preferences reported in our work for these decisions to be managed by expert groups such as senior doctors or health departments.

There are of course also risks in medical professionals making these decisions because the data clearly shows that people with disability face significant discrimination in accessing health services  — including from health professionals.

Our advice is that frameworks should be developed by a group of people with different insights to provide guidance at a local level in terms of how these should be realised. This group should include healthcare providers, patient representatives, and ethicists, and be designed to reflect the community in which such decisions are being made.

While there remain significant challenges in these broader conversations, the last year has demonstrated repeatedly how having these frameworks ready for use is needed.