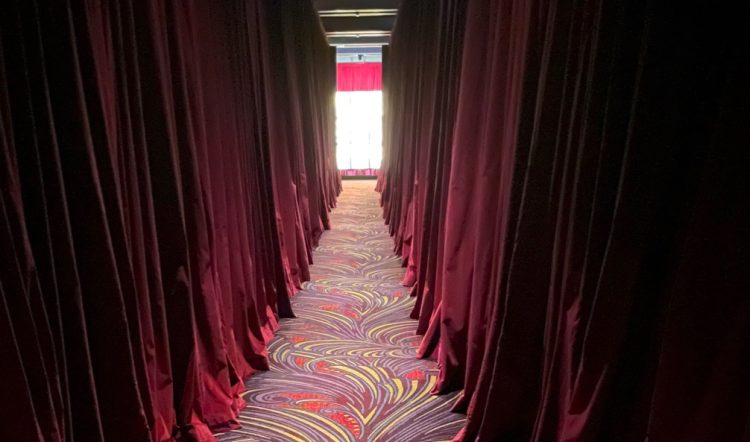 Illuminating: how the alcohol industry exerts influence. Photograph by Melissa Sweet at Mona

Introduction by Croakey: Industries use many strategies to block and undermine public health interventions. A new study underscores some longstanding lessons from tobacco control and clinical research about the impact of industry funding of research.

Researchers from the United Kingdom, reporting in the journal Social Science and Medicine, identified 60 systematic reviews published between 1996 and 2020, with a total of 231 authors, that investigated alcohol’s effects on heart health.

Fourteen of the reviews were undertaken by authors with histories of alcohol industry funding, including five that were funded directly by the alcohol industry itself. All 14 such reviews found a cardioprotective effect of alcohol.

Of reviews by authors with no prior histories of alcohol industry funding, the findings were mixed, with just 25 of these 46 reviews (54 percent) finding evidence of health protective effects.

The study also found other differences between the reviews with alcohol industry connections and those that had no such connection. The authors said their findings highlight the importance of paying “attention to the actions of the alcohol industry in influencing the science”.

Media engagement is another well-worn strategy for the industry, as highlighted by a new study investigating why Sydney’s ‘lockout’ or ‘last drinks’ laws were repealed despite achieving exactly what they were designed to do – to prevent alcohol-related harms ending up in our hospital emergency departments.

The study analysed 445 print and online news articles about the laws published between 2014 and 2020, identifying 435 stakeholders in the coverage, with industry sources were mentioned most often.

Researchers from the Australian Prevention Partnership Centre at the Sax Institute, the Cancer Council NSW and the University of Sydney write below that “a concerted, effective media campaign led by industry and political campaign groups” was involved.

Health advocates and policymakers need to be aware of the ways in which industry groups can successfully use the media to influence governments and policymaking, write some of the study’s authors, Dr Elly Howse, Dr James Kite, Dr Christina Watts and Dr Bronwyn McGill.

Sydney’s ‘lockout’ or ‘last drinks’ laws achieved exactly what they were designed to do – to prevent alcohol-related harms ending up in our hospital emergency departments. So why were they repealed?

Many of us working in public health policy and research have discussed this issue over the last 18 months.

In the end, what ultimately led to flagging public support and the eventual repeal of the laws was a concerted, effective media campaign led by industry and political campaign groups.

Our analysis of the role played by the news media, published in the journal Drug and Alcohol Review, holds some important lessons for public health and prevention more generally.

Our research suggests it’s not enough to demonstrate that a public health or preventive policy works in terms of health or social outcomes. This is especially the case when the policy is contested in the media and the broader community, including by industry groups.

Public health policymakers and advocates need to tell a compelling story about impact beyond health, with stakeholder support for this narrative in the media.

The ‘last drinks’ or ‘lockout’ laws

These laws were introduced in early 2014 by the NSW Coalition Government. They were introduced after pressure from the community and media to reduce alcohol-related violence and crime in inner Sydney, particularly after the tragic deaths of several young men.

The laws included ‘last drinks’ and ‘lockout’ provisions for licensed premises in the Sydney CBD and Kings Cross areas, where venues had to end alcohol service and refuse new patrons after a certain time of night.

The laws were modelled on the highly successful Newcastle laws, implemented in 2008 after similar issues with alcohol-related violence.

We conducted an analysis of media coverage of Sydney’s last drinks laws between 2014 and 2020. We found that support for the laws changed dramatically over this six-year timeframe.

While the media coverage of the laws was initially broadly supportive, as time went on the media quoted proportionally more people opposed to the laws than those who were supportive. 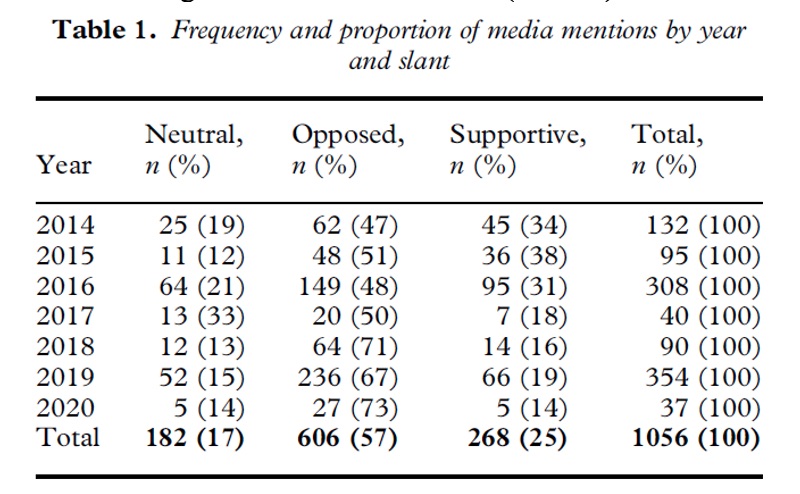 We also analysed 647 quotes from the stakeholders most frequently mentioned in the media, looking at their main arguments in support or opposition to the laws.

Those opposed to the laws in the media included politicians and political leaders, hospitality business owners, industry representatives, and political campaign groups. These stakeholders referred to a wide variety of arguments and evidence about the impact of the laws, particularly the apparent impact on Sydney’s ‘night-time economy’.

For example, newspaper columnist Elizabeth Farrelly wrote: “if it continues, we won’t have a city. We’ll have a ring of day-dead suburbs around a night-dead CBD“.

Merivale hospitality group CEO Justin Hemmes painted a picture of “a night-time ecosystem of restaurants, bars, retail, arts, live music and entertainment to draw people into the CBD at night”.

Lord Mayor Clover Moore said the laws were “a sledgehammer blow to crack a nut“.

Industry stakeholders, a group which included bar and pub owners as well as industry lobby groups such as the Australian Hotels Association, were also far more likely to be mentioned and quoted by the media. These stakeholders rarely mentioned health outcomes – a finding echoed in other public health research.

This research suggests that industry groups and stakeholders distract from the health impacts of their products or activities, and challenge public health evidence, whether it’s in alcohol policy, tobacco control or taxing sugary drinks.

There were far fewer quotes from individuals or groups expressing support for the laws. These supporters tended to focus on arguments relating to crime, safety and health.

This isn’t surprising given these stakeholders were health and medical representatives (such as local doctors), or the then Premier of NSW, Mike Baird, who was a vocal, public champion of the laws and the importance of protecting the community from alcohol-related violence: “These laws are about the moral obligation we have to protect innocent people from drunken violence.”

Public support for the laws – while initially high – also fluctuated.

As opposition grew, so too did pressure on the Government to repeal the laws, including from a major grassroots campaign turned political party called ‘Keep Sydney Open’.

This style of public campaigning and lobbying led to several government-initiated inquiries and reviews to look at the effectiveness and impact of the laws. These reviews and inquiries also provided ample opportunities for public and industry submissions, which then increased the media coverage of the issue.

Eventually, after increasingly negative media coverage and lobbying from various stakeholders, the NSW Government undertook to repeal the laws in 2020 and 2021.

A success for industry?

Our research indicates that opponents of the laws were successful at using the media to influence public debate on the laws.

Reframing the issue, using campaign groups like Keep Sydney Open and engaging in public inquiries and submissions were the major ways that opponents had their voices heard in the media.

Our analysis also suggests there is a complex relationship between media coverage, public support and policy implementation.

Regulatory, law-based interventions to protect public health can be challenging to implement and sustain, particularly when powerful industry groups are opposed to regulation of their products.

We have seen this in other areas of public health, like tobacco control. In the face of increasing prominence given to opponents of the laws in the media, it perhaps isn’t surprising that the Government repealed the laws.

We believe our analysis has four main learnings for governments and advocates who want to create and sustain preventive health policies, especially those that may be contested by industry groups:

We in public health also need to acknowledge that alcohol use in Australia and the policies that governments implement to address harms from alcohol are complex.

Policy decisions are based on different values, beliefs and behaviours, which may be contested by different groups and populations.

However, health advocates and policymakers do need to be aware of the ways in which industry groups can successfully use the media to influence governments and policymaking.

Dr Elly Howse is Research Manager and Senior Research Fellow at The Australian Prevention Partnership Centre, and an Adjunct Fellow with the School of Public Health, University of Technology, Sydney.

See Croakey’s archive of stories about alcohol and public health.

PrevPreviousSelf-determination essential for healing
NextFor the sake of health and democracy, there are growing calls to regulate digital platformsNext