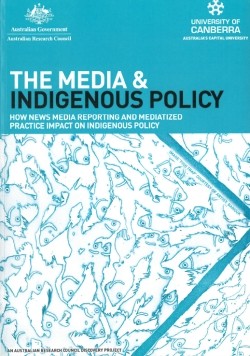 A presentation yesterday on the relationship between media coverage and Indigenous policy-making was timely in the lead-up to this week’s #IHMayDay Twitter day of action for Indigenous health.

It will no doubt also serve as a pointer to the forthcoming Federal Budget on what sorts of cuts it may deliver to Indigenous funding (given Warren Mundine’s warning to the Indigenous Advisory Council that he chairs for its members to “be prepared to be among the most hated people in Australia” and how those cuts will be framed.

The presentation by Associate Professor Kerry McCallum, Head of Discipline of Journalism and Communication at the University of Canberra, came to us via Craig Thomler, who chaired the 5th National Public Sector Communication Officers’ Conference and did some great multi-tasking, tweeting insights and links from all the presenters. You can follow his narrative via @craigthomler or at hashtag #nco14, or see below for some highlights, including on aged care, the national archives, stakeholder engagement in the Murray Darling Basin and justice. (APS refers to ‘Australian public sector’).

Here are his tweets on Kerry McCallum’s presentation about the 2012 report on The Media and Indigenous Policy (see also this Croakey report from when it was launched).

Here’s a text snapshot of Craig’s tweets from other presentations:

Shaun Rohrlach from the National Archives

See also this story from the Croakey vaults about the Authority’s engagement with Indigenous people in the Basin.

Simon Troeth, Director of Strategic Communication at the Victorian Department of Justice