How the retail environment enables the tobacco habit

It’s easier to find places selling cigarettes in NSW than it is to find pharmacies or Australia Post outlets, according to a new Cancer Council NSW report that is being used to lobby for tighter regulation of retail availability, “the weak link in tobacco control”.

The Cancer Council audit of more than 1,700 retailers selling tobacco in NSW found that the current self-notification system, whereby businesses are permitted to sell cigarettes provided they inform the NSW Government of their intention to do so, is flawed – with one in four audited outlets breaking retail laws.

It also found that 80 per cent of outlets selling cigarettes are convenience type outlets, which are often open later hours, and located for easy access.

There are more than five times as many tobacco retailers in NSW as pharmacies, and retailers in disadvantaged postcodes are significantly more likely to break the laws.

In the article below, Ian Webster, Emeritus Professor of Public Health and Community Medicine at the University of NSW, says the report shows that “availability of tobacco in New South Wales is an unregulated patchwork quilt with hot spots in our most disadvantaged areas”.

“I didn’t know there was such a cough! It isn’t a human cough at all. It isn’t dry and yet it isn’t loose either… It is just as if one could look right into him when he coughs…”

This is the description of end stage TB in Thomas Mann’s book The Magic Mountain written in 1924.

When hospital stays were longer the chest wards were filled with coughing worn out patients. Now, if sick enough, these patients may claim a brief hospital stay for severe breathlessness or an inter-current infection. They have to cope the best they can in the community.

Imagine crossing a busy intersection when every breath is an effort. Frightened of not making it; panicking at the approaching truck. And then the lights change when you’re not halfway there.

That is modern end stage lung disease – tobacco disease – unremitting shortness of breath. Some survive on continuous oxygen. Is it worth going on? Too many lives have been enslaved by their tobacco addiction and constrained by failing lungs.

There are few options to palliate the symptoms and for only a very few a lung transplant is a possibility.

The clock can’t be turned back. If only it could? What tempted those first smokes? What sustained the habit? We know that access and easy availability are drivers of first take up and then becoming an established smoker.

Research undertaken by the New South Wales Cancer Council has found that availability of tobacco in New South Wales is an unregulated patchwork quilt with hot spots in our most disadvantaged areas.

Addressing the availability of tobacco through the myriad of retail outlets would be an important step in protecting those communities with the highest rates of tobacco smoking and attendant health harms.

The Cancer Council NSW recommends that the NSW Minister for Health convene a taskforce to explore, evaluate and advise on tobacco retail reform to close another gap in the measures to reduce smoking prevalence and to improve the community’s health. 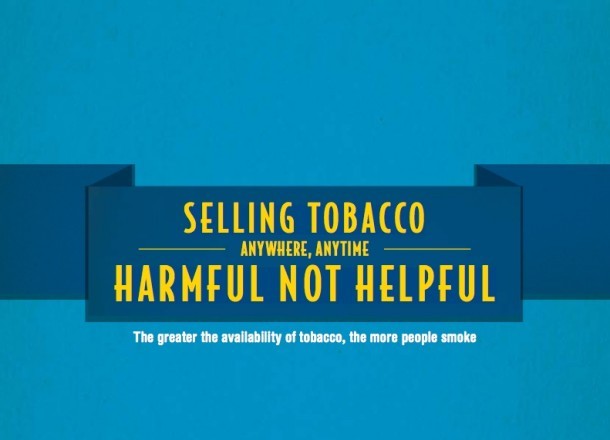 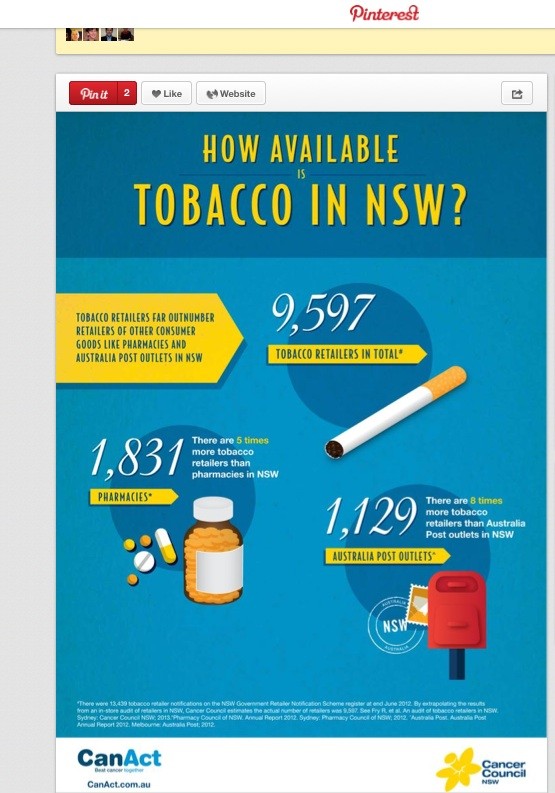 PrevPreviousHow diseases get defined, and what that means for you
NextFresh thinking and political courage: what health policy needs, and what is lacking in the federal election debateNext