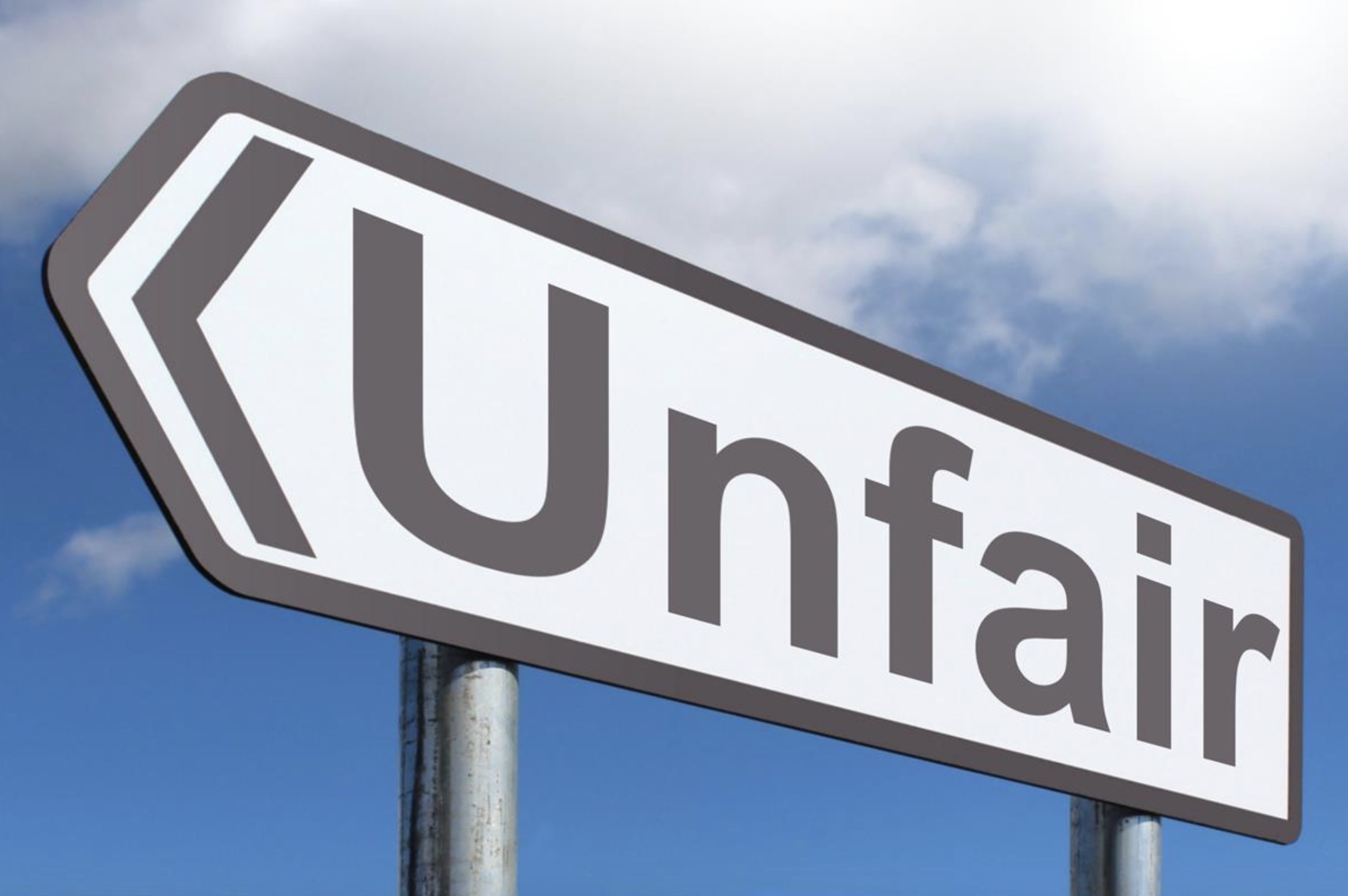 Introduction by Croakey: Amid concerns that Australian health systems are failing people with addictions to alcohol, other drugs and gambling, experts will call next week for a national roadmap to ensure better and more equitable treatment pathways.

A two-day national conference in Canberra will put the spotlight on a lack of national policy leadership in addressing the fragmented, inadequate services available for people living with addictions, which one expert says means it’s a “complete lottery” as to what care people and families might find.

The Rethink Addiction convention, titled ‘It’s time to change the conversation’, will bring together people with lived and living experience, clinicians, services providers, law and justice practitioners and policymakers and seek to address the stigma that affects access to treatment and care.

Speakers will include high profile singer and entertainer David Campbell, son of rock star Jimmy Barnes, 2022 Australian of the Year Local Hero Shanna Whan and many others with lived experience of addiction and its impact, along with Emma McBride, Assistant Minister for Mental Health, Suicide Prevention and Rural and Regional Health. Discussions will be facilitated by former Victorian ABC broadcaster Jon Faine.

Kate Seselja had absolutely no idea when she first began to gamble, at the age of 18, that pokies were “designed to addict”.

Rather, it seemed natural to assume that pokies machines must be a safe product, because of their widespread availability and accessibility, the ACT-based gambling reform advocate told Croakey, tracing the beginnings of a 12-year struggle with a gambling addiction that almost led her to suicide.

“You spend a decade and a half asking yourself, ‘what’s wrong with me?’, but when you look at it from a manufacturing standpoint, there was nothing wrong with me, I was the ideal consumer for their product,” she says.

Tackling the role of vested interests and the commercial determinants of health are urgent priorities for Seselja, a mother of six who now heads The Hope Project and is Co-Chair of the Canberra Gambling Reform Alliance. She will be a keynote speaker at next week’s two-day Rethink Addiction national convention.

The Rethink Addiction campaign and coalition began in October 2020 after Victorian health services Turning Point and Eastern Health partnered with SBS and Blackfella Films to create the documentary Addicted Australia, which told the stories of ten Australians and their families as they sought treatment for their addiction.

The campaign now has nearly 60 partners, including the Australian Medical Association, Royal Australasian College for Emergency Medicine, SANE, Monash University and Australian Council of Social Services, and aims to transform Australia’s attitude and response to addiction by “changing hearts and minds”. Seselja, who will speak in next Tuesday’s opening session called Hearing our stories, takes her advocacy into classrooms, universities, workplaces and community groups and has appeared on ABCTV’s You Can’t Ask That.

She talks about her own journey and also about pokie bet rates that allow people to lose $200 a minute and predatory commercial practices, like offering credit and devices to make gambling easier, that enable addicted gamblers to keep playing.

Seselja wants the gambling industry brought to account for the harm it causes, and also to highlight the culpability of governments across Australia that rely heavily on income from pokies in particular.

“The fact that there is growth budgeted into the tax revenue stream from it each year means they’re not committed to addressing harm at the source,” she says, noting that Australians famously spend more money per person gambling than the population of any other country.

Seselja says failures to address the dangers of gambling also extend into the broader community, from community groups that accept donations from clubs and pubs that are reliant on pokies for their profits to the media that mostly focus on personal stories like hers, missing the point “that this is happening on such a large scale, that we’re losing $25 billion a year”.

And she is concerned that the health sector also buys into the “lingering stigma”, accepting the ‘problem gambler’ terminology used by the industry.

This makes “the individual the problem and not the product”, causing the harm that both community and health sectors then “mop up without question”, she adds.

Ending that harmful stigmatistion is the work at the heart of the Rethink Addiction campaign, headed by psychiatrist Professor Dan Lubman, who is Executive Clinical Director of the Turning Point and Professor of Addiction Studies and Services at Monash University  and Director of the Monash Addiction Research Centre.

Yet all the while they also struggle to get the same treatment and care pathways that people with other health conditions demand and receive, Lubman says, adding that more than half a million Australians who need help can’t access it.

There is “overwhelming stigma which leads to huge delays in help-seeking that can be up to two decades”, he told Croakey. “The biggest issue for us in this space is that it’s not viewed by the community as a genuine health disorder.”

Instead, it’s seen as a social issue where those affected are personally blamed for their addictions. This manifests, he says, in the fact that the “treatment system for addiction sits outside mainstream health, primary care isn’t really upskilled, there are not clear treatment pathways, and people present in crisis”.

“With addiction, we choose to just chastise or ignore people and send them on their way and that comes at a cost for all of us”.

It’s a cost that will be quantified at the convention on Monday with the release of a major report describing the cost of addiction to Australia in 2021 by KPMG.

Lubman hopes this strong economic argument will sit persuasively alongside the compelling stories of addiction to be told at the convention, and that are a powerful feature of the campaign.

Each session will feature lived experience and will focus over two days on stigma, vested interests, difficulties navigating the health system, the impact of criminalisation, experiences for Aboriginal and Torres Strait Islander people, effective prevention and public health responses, and harm reduction. 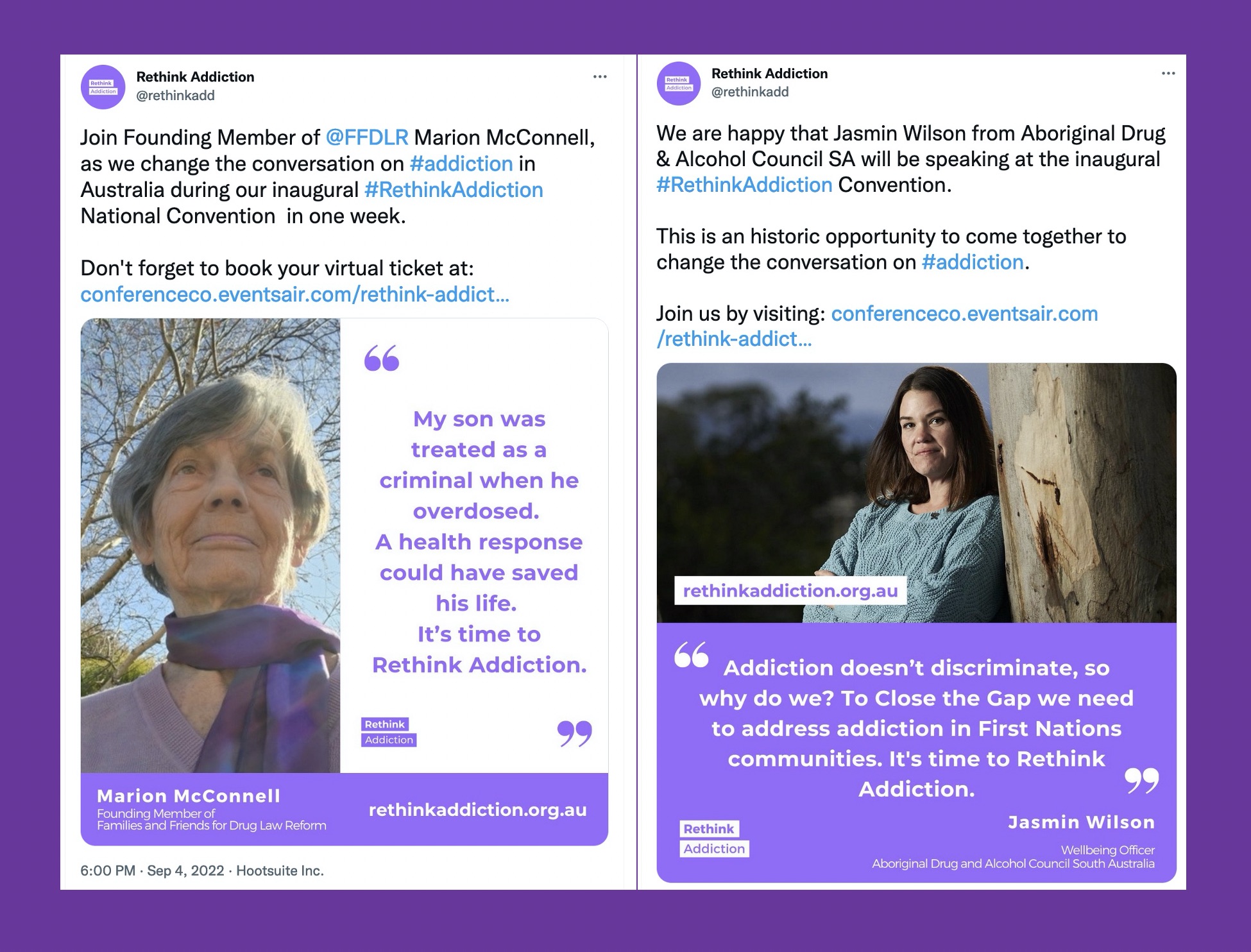 The aim is to build urgency and evidence for a national strategy.

Lubman says: “One of the failings at the moment is there is no national coordination on this issue as there is on cancer, heart disease, diabetes etc, where there are clear outcomes frameworks, everyone knows what it is we’re trying to achieve, whose responsibility it is to deliver on that… what does primary care do, what does secondary care do, what does specialist care do, where does everyone fit in, how do we escalate care when things aren’t working.

“And this relates to the stigma and the shame and the way in which the community views addiction,” he said, noting that the welcome “wave of compassion” around mental health now too often overlooks the critical contribution of addiction to mental ill-health and the role of trauma in both.

Rethink Addiction wants to achieve the sorts of shifts seen in other health areas, such as cancer and mental health, which were also strongly associated with stigma and shame, and the sense of it being “untreatable” yet now see “the doors of the health system open up and welcome and support you, accompanied by major investment in improving prevention, treatment and care options”.

Nobody chooses to be addicted, Lubman says, yet too often people face accusations that their issue is self-inflicted, a result of lack of willpower or poor self-control, and is unfairly taking up valuable time and resources in the health system. Affected people end up internalising that stigma, to see themselves as flawed or broken or weak, while the system and society punishes them.

It’s a story very familiar to Kate Seselja, who says it breaks her heart that gambling addiction is happening every day “to new people, old people, young people, people who have come here from other countries that have never, ever been exposed to gambling in their home country, and since COVID, there’s a whole new cohort of people that are hurting for a variety of reasons.”

In simple terms, Lubman says, addiction is defined as the inability to stop consuming a drug or cease an activity, even if it’s causing physical or psychological harm.

Far from being an individual’s ‘choice’, it is a complex health disorder with a range of biological, developmental and environmental risk factors, including trauma, social isolation or exclusion, and genetics.

“It’s one of the most complex areas of health to work in because it’s about understanding people’s stories and what leads them there…. and I think that’s what the community and most of our health system doesn’t understand,” he said.

As a result, he says, treatment for addiction remains fragmented, with limited opportunities for ongoing care, and a “complete lottery” as to what care people and families might find. There’s no consistent national planning, even amid evidence that for every dollar invested in treatment, society gains seven dollars, he says.

Lubman notes there is no Federal Ministry portfolio dedicated to alcohol, other drugs and gambling addiction, “nobody really with the national responsibility”. There is no national outcomes framework and no national consensus on clinical care pathways.

That, he says, is exacerbated by a health workforce that has had limited undergraduate and postgraduate training in addiction, with few funded training opportunities available given the separation of addiction treatment from mainstream health care in most states following deinstitutionalisation of mental health care.

The result is “a generation of health professionals” who have never trained in or treated addiction within a specialist setting, and therefore may have limited understanding of what effective treatment looks like, so “may share the same attitudes and beliefs as the general population”, he said.

Lubman is also aghast that many primary care practices can and do refuse to see people with addiction, “so we have evidence-based treatments, such as buprenorphine, that aren’t universally available across healthcare”. It is, he says, “completely unethical” and would cause a national scandal if it applied to any other health condition.

As a result, many people suffering from addiction and their families are left to navigate their own pathways to treatment, and many, tragically, die of preventable deaths in a “fragmented and failing system”, he said.

To address this, Rethink Addiction wants a national roadmap to be developed through collaboration between key decision makers, opinion leaders, researchers, the voices of lived and living experience and treatment, care, and support providers. And they want it to lead to much greater funding, including investment in prevention, treatment, support, and harm reduction, in workforce and infrastructure and in research.

It’s seeking to make the comparison with heart disease, diabetes or other health conditions that are ‘accepted’ by the community, so that “we have an expectation of what should be delivered as standard practice across Australia, where everyone knows what their role is, where evidence-based treatment is readily accessible, and where everyone feels appropriately skilled and trained to deliver the same level of care consistent with any other health condition,” Lubman said. 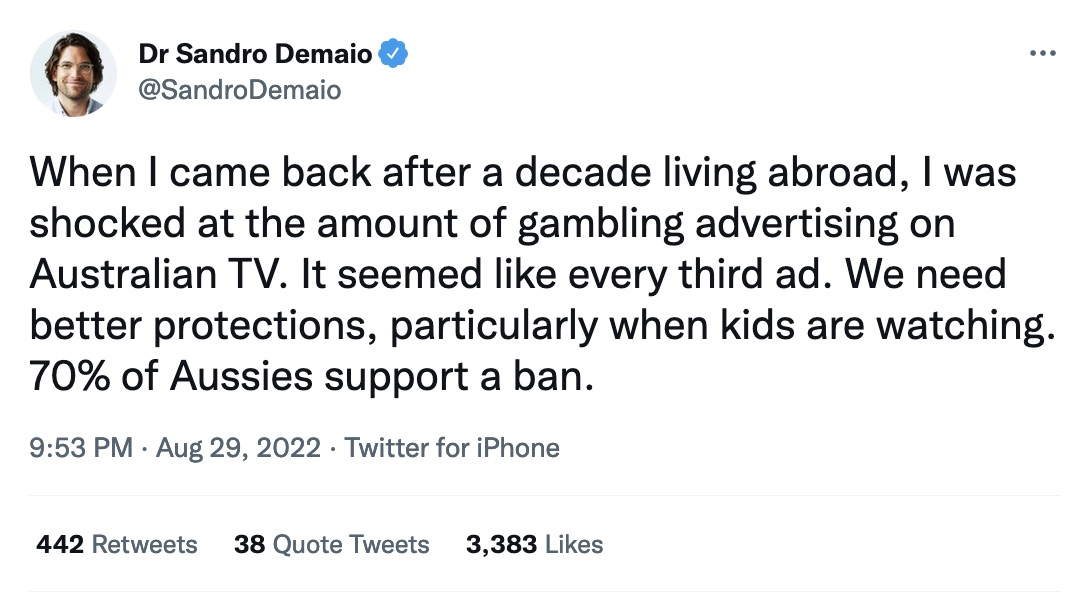 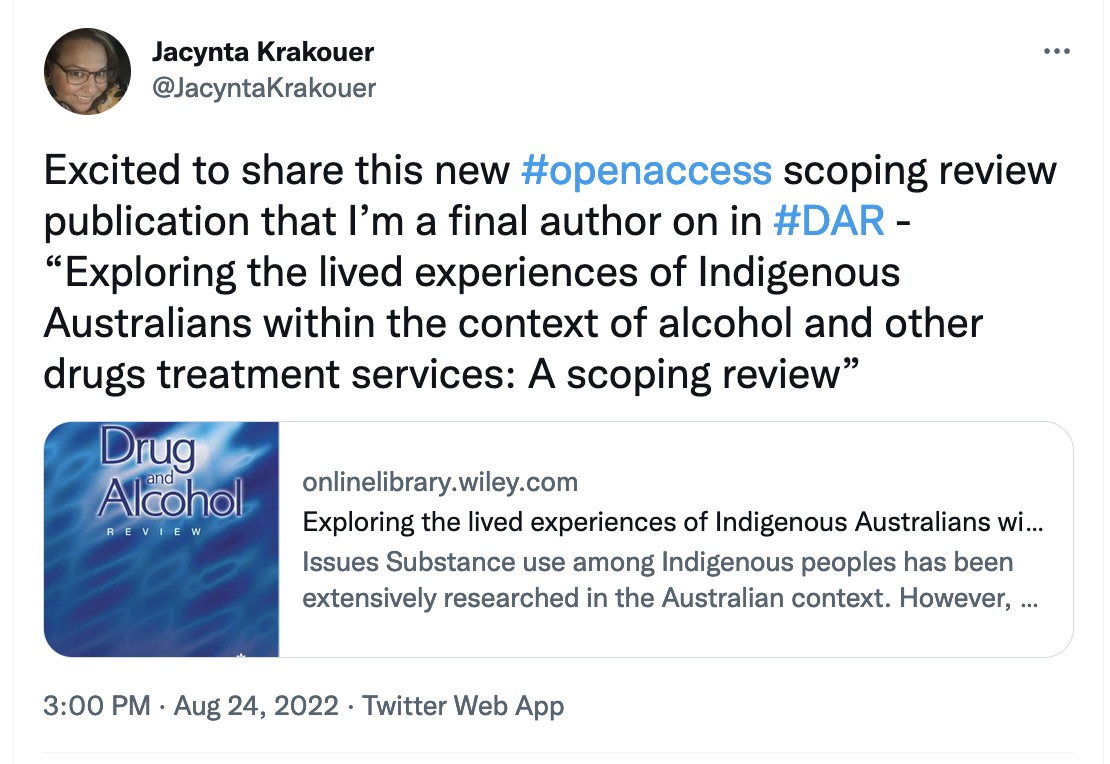 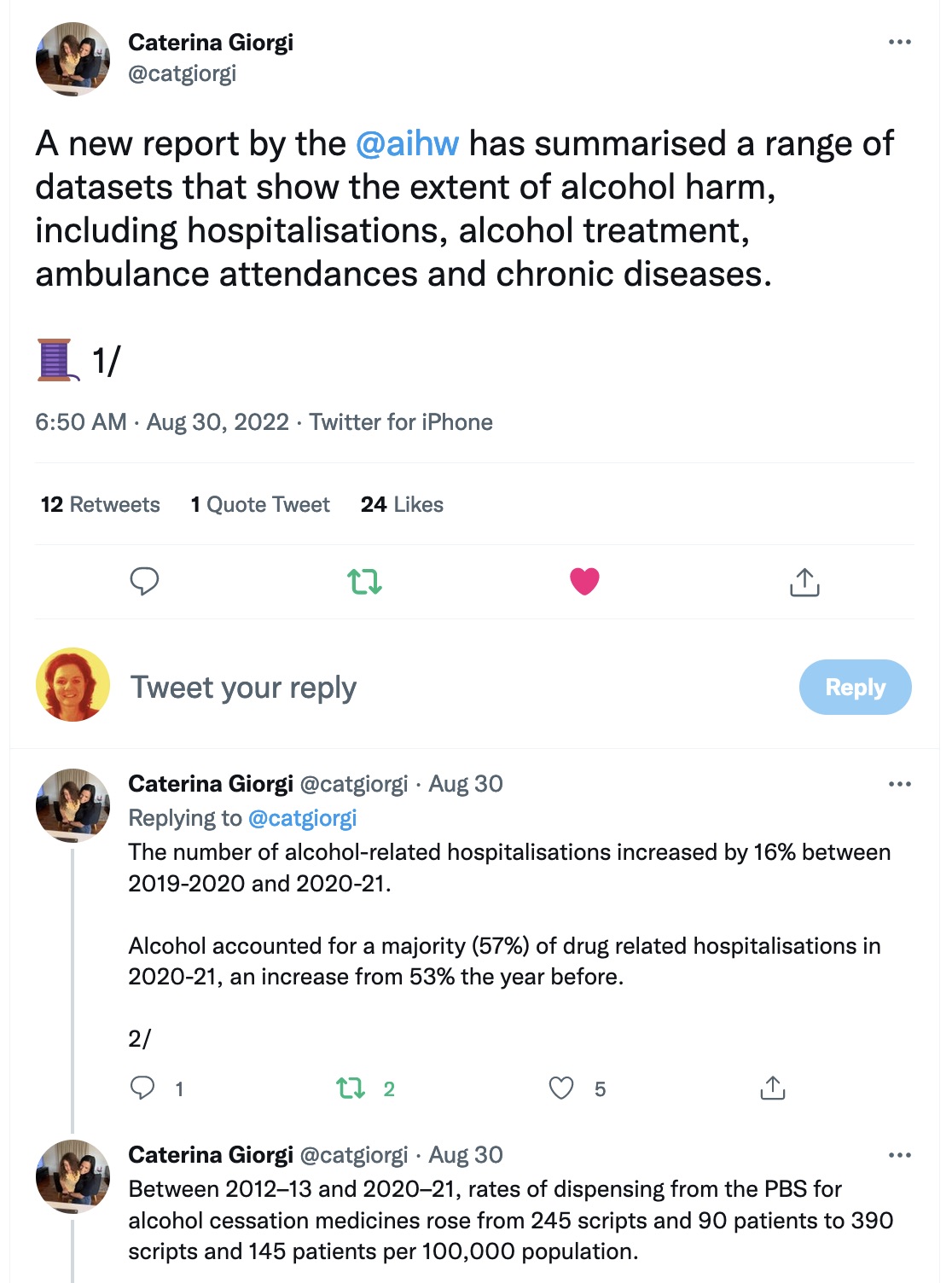 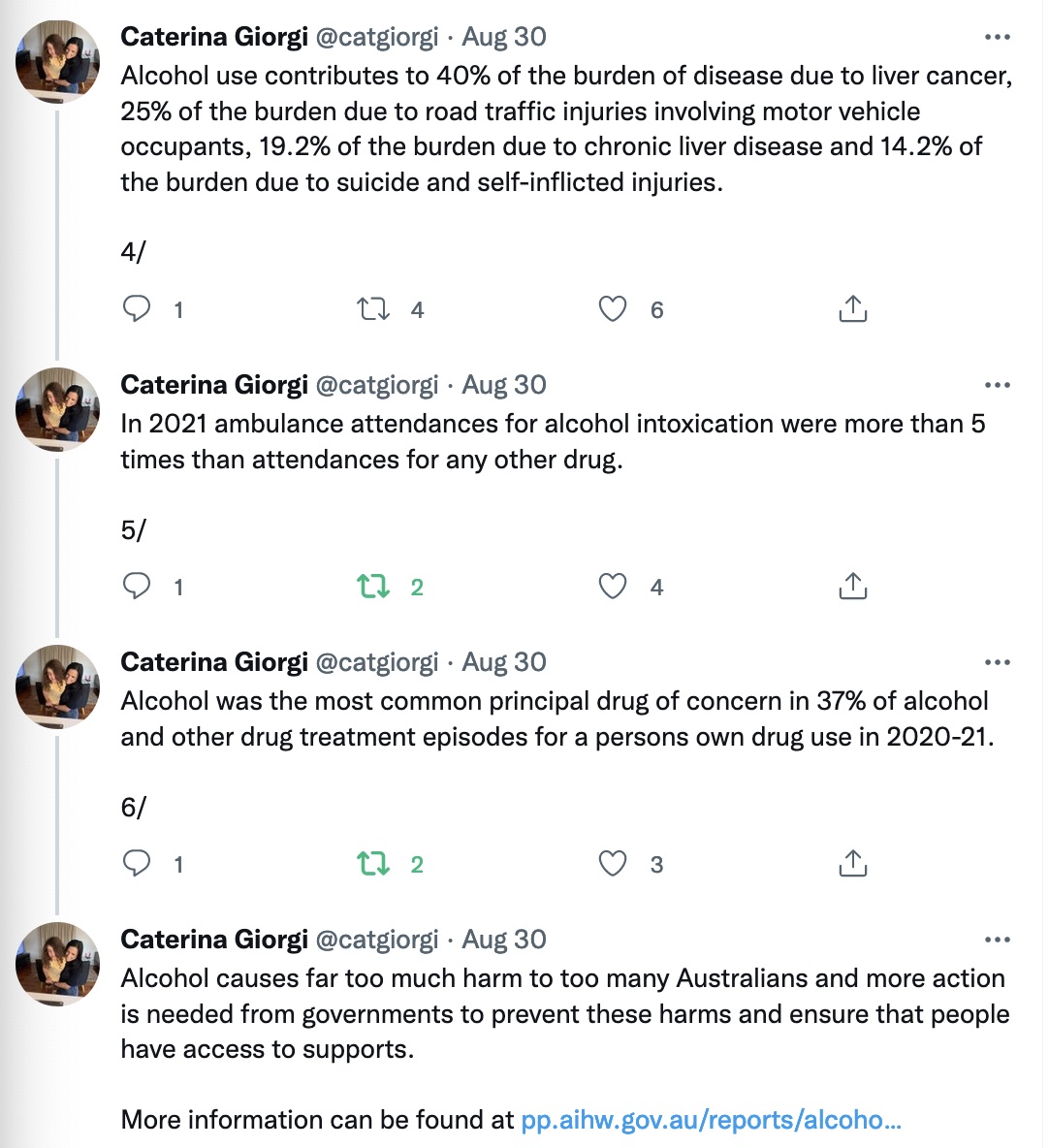 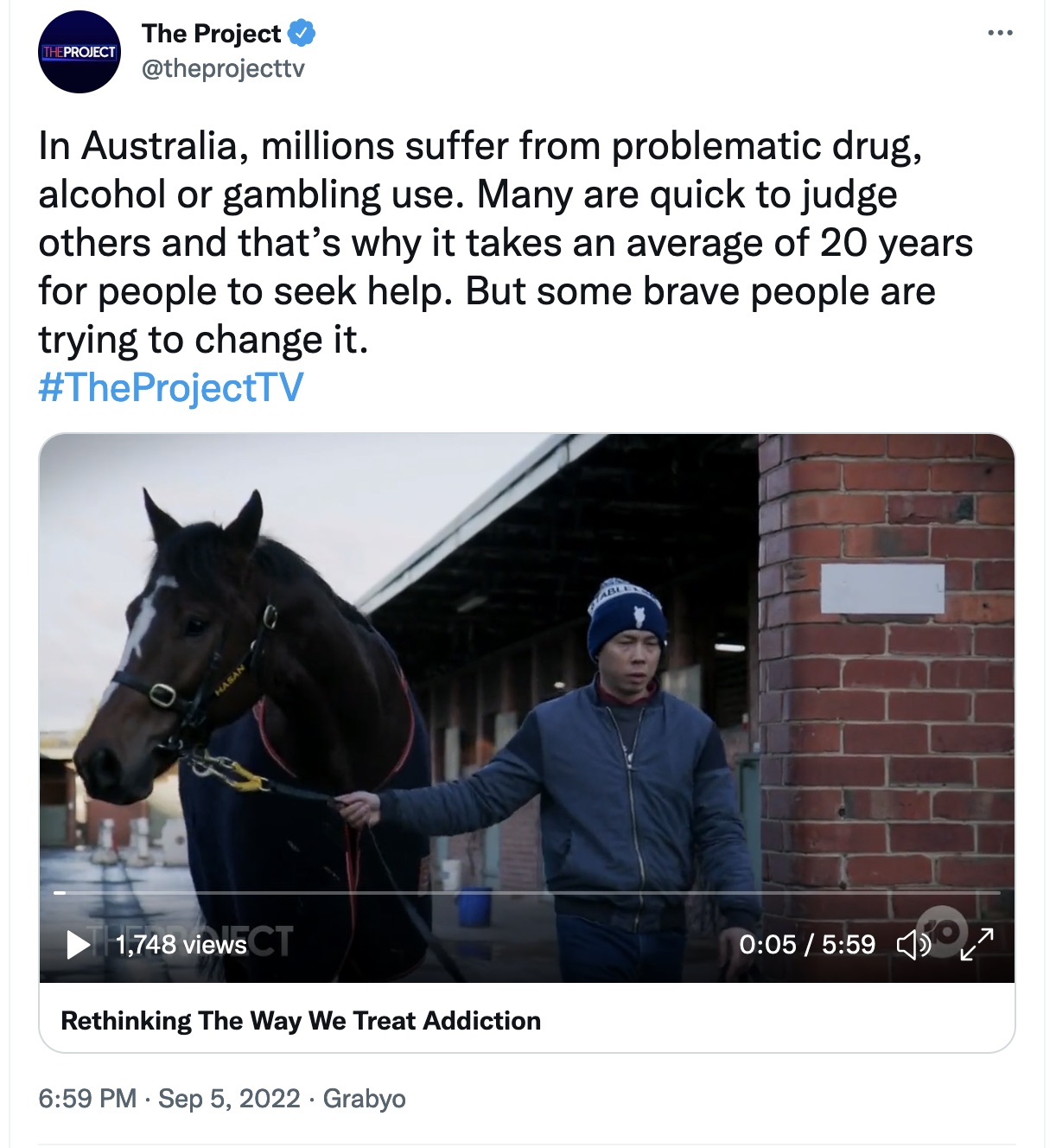 For 24/7 free, confidential alcohol or other drug support contact www.counsellingonline.org.au or call the National Alcohol and Other Drug Hotline 1800 250 015 to speak to someone in your state. Click here to find out more.

PrevPreviousPraise for the Climate Bill comes with pressure for more action to protect health
NextOn the trajectory to a life-changing diagnosis, one story tells so many moreNext