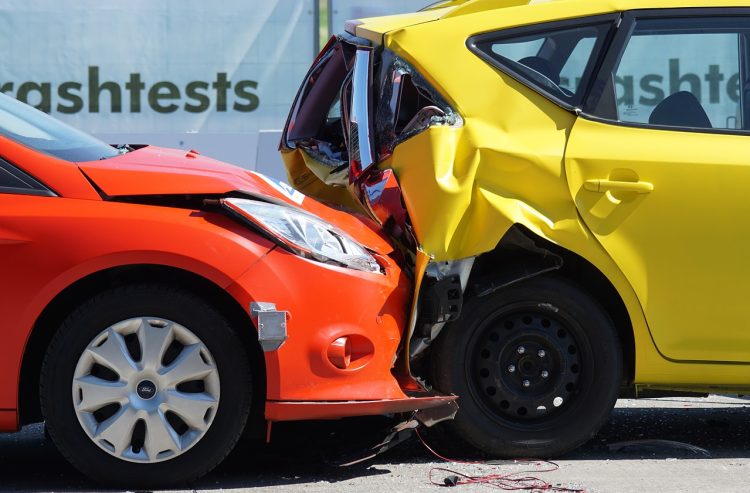 How to improve car insurance: lessons from private health insurance

Introduction by Croakey: Imagine you go to a restaurant. You’ve heard that the food is really good but when you look at the menu you can’t find any prices. When you ask your waiter about this, she explains that it’s impossible for the restaurant to know in advance how much to charge.

After all, she says, some customers are very straightforward – they know what they want and are in and out in a short time, making minimal requests of the restaurant staff. Others have complicated dietary restrictions and demand detailed information about each item on the menu. They linger, chatting over their coffee for hours, costing the restaurant a potential second sitting at that table.

This seems odd, but you’re hungry so you go ahead and order some food and ask to see the drinks menu. Again the waiter patiently explains that this is not possible as the restaurant does not serve any drinks.

She explains that the supply of beverages is a separate service from that of food – requiring a completely different skill set and business model. She is happy to give you recommendations about what drinks should accompany your food order but you will have to source them yourself from the bottle shop down the road.

You race down the road and get back just in time for your meal. The food is tasty and excellently complimented by the recommended drinks.  Yet when you leave you feel somehow your experience could have been improved. You become particularly annoyed when two weeks later you receive an unexpected bill from the person who did the washing-up after your meal.

When you complain, the restaurant explains that the person who does the washing-up is self-employed and the restaurant has no control over what they charge. You sigh and pay the bill because you feel you have no choice but your view of the restaurant sector has become much more negative. If this is what eating out is like, you’ll definitely be staying home as much as possible in the future!

Clearly, no restaurant could act like this. Yet it is exactly how the private health sector routinely treats consumers.

Examples such as this highlight what Ian McAuley has called ‘The unbearable weirdness of health care’. We would never put up with this sort of ‘weirdness’ in any other sector but when it comes to our health care we accept a lack of understanding and regard for consumers’ needs and experiences that would be considered outrageous in any other setting.

One reason is the unequal power dynamic that exists between health provider and consumer. When we are sick we are much more vulnerable than at other times and much less able to advocate for our needs than in other situations.

Another reason is that we have become so used to the narratives being told to us by provider groups and funders (including governments) about health care that we no longer question them.

These narratives include that health is somehow ‘different’  from other sectors of the economy and so the ‘normal’ rules don’t apply, that doctors/hospitals/health services can’t possibly put consumer needs first, that consumers are unable to make rational decisions about health resource allocation, that we can’t demand the same level of accountability and transparency from doctors and hospitals that we ask of other professionals and sectors…among others.

Applying these narratives to other sectors makes their absurdity clear.

Below is an example by Dr Bill Coote and Professor Stephen Duckett of how to see our current system of private health insurance (PHI) sector through the lens of car insurance. Their ‘four part proposal’ highlights why we should no longer accept the inefficiencies and inequities inherent in this form of health funding.

Car insurance obviously needs reform and can learn from how private health insurance operates. The car insurance market doesn’t give consumers enough choice, or the thrill of the unexpected. So here’s a four-part proposal to improve car insurance.

Car insurance options should be restructured to give consumers more choice. Consumers should be able to insure for different types of problems if their car is damaged in an accident:

Insurers would be able to develop ‘Plus’ policies – Sliver-Plus, Bronze Plus and so on – with various additions to give consumers more choice. As long as consumers trust their car insurer to offer them the right policy, nothing could go wrong.

Currently, with car insurance, if you insure for a $500 excess, that is all you’re required to pay. That gives consumers too much certainty and no sense of excitement while waiting for their bill. The excess should be converted to a minimum rather than a maximum.

At present, when a car goes in for repair after an accident, the customer gets a single quote. This is inefficient. The quote should simply be from the panel beater for repair of damaged panels, the presenting problem. Other people who work on other parts of the car, such as the electronics or the engine, should send the customer separate bills. The panel beater should not be expected to provide detailed information on what these other trades might charge.

The Australian Society of Spray Painters is developing a Relative Value Guide (RVG) incorporating various fee “modifiers” to ensure that the customer carries any financial risks associated with a job taking longer than anticipated or being unexpectedly complex. Customers will be informed that the RVG makes it impossible to provide an exact fee quote for spray painting prior to the job being undertaken.

As well as each of the tradies sending the customer a separate bill, the garage itself should send a bill charging on an hourly basis for the time the car is in the garage, whether or not anything was being done at that time.

Many consumers may not like these proposals. But the Automotive Enhancement Association of Australia – which lobbies for car repairers – has welcomed them, as have garage owners and the Car Technology Association, which lobbies for parts suppliers. Because all the key industry groups are on side, the new model will be implemented. Customers will be forced by new legislation to take out car insurance under the new model. It will be a victory for consumer choice.

Bill Coote is a retired health policy consultant. He has been a general medical practitioner, an economist with the federal office of the AMA, an adviser to Federal Health Ministers and most recently, Director Professional Services Review.

Stephen Duckett, an economist, is Director of the health program at Grattan Institute. He is a former senior Commonwealth and state public servant

PrevPreviousChronic pelvic pain: a complex condition requiring informed care
NextHow big alcohol is trying to fool us into thinking drinking is safer than it really isNext