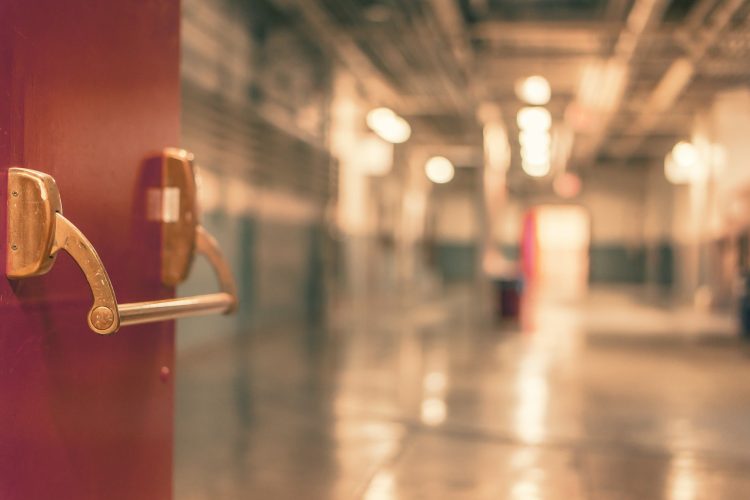 ‘I am a medical specialist with advanced cancer’: the difficult discussion we need to have on assisting dying

Many thanks to Dr Ian McPhee for permission to cross-post his article on death and dying, written from his very powerful perspective as an anaesthetist and clinical senior lecturer at Sydney Medical School who, 18 months ago, was diagnosed with a rare, aggressive T-cell lymphoma.

As well as urging the acknowledgment of divergent views on assisted dying and the need to start framing laws to enact it, he talks about the ‘informative’, rather than paternalistic, relationship he has sought with his treating clinicians. In highlighting the “cult of survival” in modern Western medicine, he says the call to talk about dying is no less directed at health professionals as it is to the public at large. 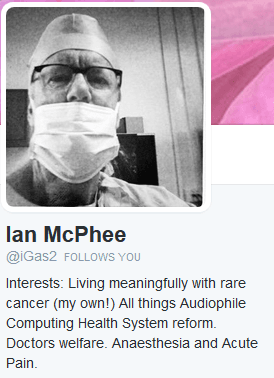 I am a medical specialist with advanced cancer. In a career begun more than 35 years ago, I have seen death in all its guises: in homes, at the roadside, in the emergency department, intensive care, operating theatres and on hospital wards. There has been no age limit on these experiences. I have gently taken a dead child from a mother after she travelled for an hour with him cradled in her arms following a farm accident. I have watched the slow, inexorable deterioration of ICU patients with multiple organ failure because of myriad causes. Inevitably, because it is the lot of a doctor whose practice has been predominantly hospital-based, I have also been present at countless attempts at resuscitation from cardiac arrest, the vast preponderance of which were unsuccessful – perhaps surprising news for regular viewers of medi-drama.

The cult of survival, however, is extant and is sadly a feature of 21st century, Western medicine. Only a short while ago an intensive care colleague related the story of a call, generated by a senior doctor, to assist in the resuscitation and ICU admission of a patient whom he assessed on review as cadaveric, or dead.

How can a system have evolved to deal so inhumanely with an individual at the end of life? How is it possible that doctors continue to administer futile care as if a “last right” for their patients, when for themselves they wish for no such thing. As recently as this month, in the Journal of the American Medical Association, this fact was again highlighted.

The limitations of intervention are understood but this is not translated into the treatments administered to patients. In a 2014 paper, researchers from Stanford University reported that 88 per cent of more than 1000 US doctors surveyed indicated they would forgo high-intensity care for themselves at the end of life.

To bring focus here, my colleague Peter Saul said recently that we are facing “a perfect storm of ageing and expanding population with a higher burden of chronic disease”. His call to us as a society has been: “Let’s talk about dying.” It is no less directed at health professionals as it is to the public at large.

For me, the recent, wide public consideration and debate of end-of-life issues has taken on special significance. Eighteen months ago, at the age of 59, I was diagnosed with a rare, aggressive T-cell lymphoma. In the interim, multiple attempts to achieve remission have failed.

At the time of original diagnosis I was reading Atul Gawande’s book Being Mortal. Gawande is an American surgeon, author and staff writer for The New Yorker. For those unfamiliar with this work, he has made the case for a patient’s wellbeing to be at the forefront of care considerations, for their wishes to be actively sought, and for medicine to move to helping them to not just live but also die with a sense of control.

Within his narrative there was for me a special anecdote. Gawande’s father, himself a surgeon, developed a spinal-cord tumour. Treatment options were investigated, discussed openly, and evaluated for their potential impact on those things that held meaning within what had been a truly full and fulfilling life.

Importantly, he made informed choices, not least among them to enter into the care of a neurosurgeon who took time to answer even the “annoying” questions.

Their relationship became “informative”, as opposed to paternalistic. There was later surgery, and, beyond that, symptom management. And when a long-considered point was reached at which going on would have provided no benefit, treatment was ceased. Ultimately death was at home, surrounded by family.

I too have actively sought an informative relationship with my own treating clinicians and given similar consideration to what I might expect from my treatment.

Yet, while now inhabiting my end of life, do I wish to consider foreshortening it? And if not immediately, are there ever likely to be circumstances that are no longer tolerable in my view; according to my values, and determined by my own informed assessment of my situation?

Intolerable enough, that is, to mean, in the absence of medically assisted dying, suicide.

The counter argument to those in favour of assisted dying has tended in large part to be based on the notion that palliative care is the answer; that it is accessible to all, universally effective and, by implication, restorative. Of course, it may not be any of these.

In my own border community of almost 200,000, there are no palliative-care specialist doctors in the public sector. The same is true for many non-metropolitan centres.

The palliative-care clinician’s pharmacopoeia in many ways matches those that I have drawn on during a 30-year career in anaesthesia and acute pain. There are no magic bullets. I cannot accept that it might be otherwise.

Palliative medicine is, however, a vital part of a “system” of care. I acknowledge that for many it is the difference between last months of extreme suffering, and the achieving of some respite. And while it might herald for some a meaningful end, and even approach the Gawande notion of a “good death”, there remain others, and I number among them, whose sense of what is meaningful carries with it vastly different connotations.

It is past time to acknowledge the existence of such divergent views, accept that there is scope for regulation to reflect this, and move toward establishing the framework to enact it.

To not do so will mean only a slow but steady growth in the number of people such as Peter and Pat Shaw, who determine that their last day will involve final, furtive visits to garden sheds. Most sadly of all, however, such passing will of necessity continue to mean the exclusion of immediate family, lest they should be seen as having acted criminally in assisting at a loved one’s entry to the Big Sleep.

Dr Ian McPhee is a clinical senior lecturer at Sydney Medical School and an anaesthetist in provincial practice in NSW. He tweets at @iGas2.

His article was previously published in The Age and at John Menadue’s Pearls and Irritations blog, and is republished here with Dr McPhee’s permission.

PrevPreviousThe doctors, the churches and the asylum seekers: could this be the line in the sand?
NextWinning Gavin Mooney essay now published, as Let Them Stay campaign urges political shift on asylum seekersNext