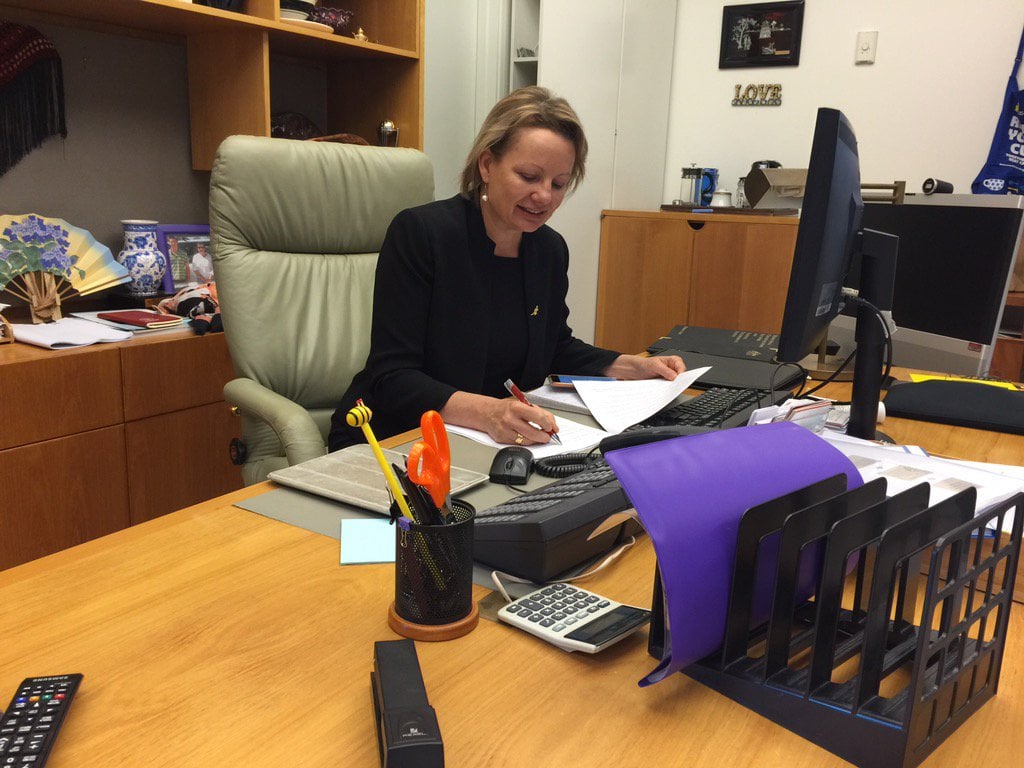 Health Minister Sussan Ley declared the health system to be in ‘identity crisis’ Wednesday in a reform sales pitch to the National Press Club putting Private Health Insurance on the table for discussion.

Ley told the NPC the government would, in coming weeks, “launch a public consultation to seek consumer feedback on private health insurance”, describing it as a vital part of the reform puzzle.

This would be accompanied by a series of roundtable discussions with key industry and consumer representatives to explore:

Ley said her department would be assisted in its deliberations on the matter by former ACCC chairman Graeme Samuel.

Not all decisions coming out of these initiatives will please everyone all the time. What I am endeavouring to do is find solutions which benefit everyone. But the priority, frankly, is what works best for Australian patients.

Taking aim at fee-for-service, Ley said it was an appropriate recipe for acute care but achieved little for chronic conditions where there was “no incentive for doctors to work with other health professionals for the good of patients with complex conditions who need different types of care.”

This is certainly not a criticism of doctors, but a criticism of the flaws in a funding system which does not support patients to consistently stick with health professionals.

Our health system now seems to be suffering from an identity crisis – unsure whether its focus is on making a person well or improving their wellbeing.

Ley said reform of residential aged care was next on her reform bucket list, particularly for rural and remote areas. She also announced a trial rollout of a new e-health record next year for one million Australians in Far North Queensland and the Blue Mountains west of Sydney.

We now live in an age of smartphones, watches and wallets. So, what if we, as government, got out the way and gave consumers full access to their own personalised health data and full control over how they choose to use it?

It’s a revolutionary concept in health – but it shouldn’t be – given it’s already happening with industries like finance across the globe.

Labor’s Catherine King was quick to condemn the speech as heavy on buzzwords but light on vision.

The Consumers Health Forum expressed disappointment at the limited scope of Ley’s proposed review of private health insurance, saying there were systemic issues that needed to be examined. It also warned that with five other reviews currently underway into the health system, there was a real risk of compounding existing fragmentation of the system.

Still no announcements about mental health, but some suggestions about Telehealth and MBS in Minister Ley’s press club speech

Ley makes question of ”unnecessary procedures” sounds simpler than it probably is, further simplified by changing patents to consumers.

Ley says she is here for “a good time, not a long time” as a health minister. Average term is 20 months as minister. #npc

PrevPreviousBringing home the bacon on cancer risk
NextBehind the headlines: a progress report on smoke-free prisons and prisonersNext