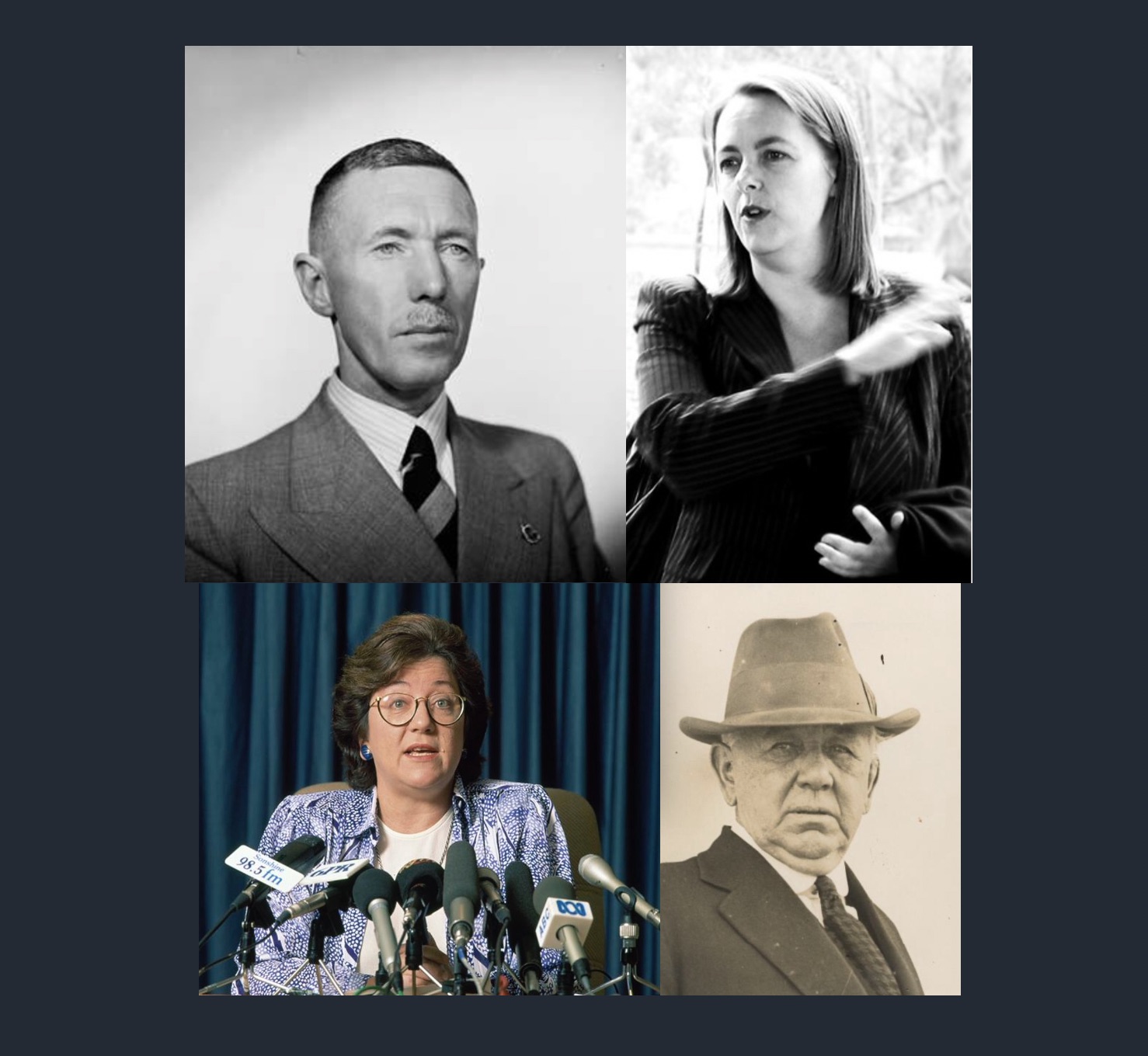 Introduction by Croakey: Regardless of the federal election outcome, one thing is certain: after 21 May Australia will have a new Minister for Health.

If the Coalition wins another term in government, the Prime Minister has stated that Anne Ruston will take over from Greg Hunt in this role.

If Labor is successful, the new Minister will almost certainly be Mark Butler who has been shadow health minister since January 2021.

What does this change of leadership mean for the health sector and for the future of the Australian health system?

Croakey writers Charles Maskell-Knight and Jennifer Doggett have dealt with multiple health ministers during their careers as health policy officers and advisers.

Below they discuss their views about what makes a good (and bad) Minister for Health and outline some lessons from history that could benefit the successful candidate post-election.

Health is a high priority issue for voters and an important focus of most election campaigns.

However, debates over health policies rarely discuss the personal qualities and experience of potential health ministers and how these impact their ability to implement their parties’ health agenda.

This is curious given the significant influence these individuals can have over the Australian health system.

Looking at recent history it is clear that health ministers have had varying levels of success in equipping Australia to meet the health challenges of the time.

Some of this variation is no doubt due to external factors but we believe that there are some common factors which make health ministers more likely to succeed in their role.

One of these is prior parliamentary experience.

Over the last 60 years there have been 20 Ministers for Health (excluding several who served only a few weeks or months as stop-gaps pending a reshuffle). On average they have held the position for just under three years.

The longest-serving was Dr Neal Blewett – seven years from 1983 to 1990 – followed by Jim Forbes, Dr Michael Wooldridge, and Greg Hunt, who all served around five years. At the other end of the spectrum Reginald Swartz, Ken Anderson, Jim Carlton, Graeme Richardson and Peter Dutton all held the post for about a year.

Most appointees had previous experience as a Minister or Parliamentary Secretary before becoming Minister for Health, with an average of almost three years experience. Of the five with no previous experience (again excluding Carmen Lawrence who had served as a state minister and Premier for five years before entering federal parliament), four took the position following a change of government. These were Doug Everingham (1972), Neal Blewett (1983), Michael Wooldridge (1996), and Nicola Roxon (2007). The other was Jim Carlton, the last Minister under the Fraser government, who had only five years parliamentary experience before his appointment.

In their pre-parliamentary lives there were three farmers, two political scientists, two psychologists, and two doctors (Everingham and Wooldridge).

The picture that emerges from this analysis is that most Health Ministers have been experienced parliamentarians with at least a few years of experience in a junior ministerial role.

Personal abilities and qualities are important for the success of a health minister, as outlined below.

In our view the characteristics for a good Minister for Health begin with a strong interest in the subject. Not every Minister has this on their appointment, but unless they develop it their tenure will not be successful.

Some background knowledge of the area can also be useful, whether as a provider or consumer, along with the ability to quickly get across the complex issues in this portfolio, particularly given the short average tenure of most Ministers for Health (see above).

Ministers need a strategic intelligence. The health system is complex, multi-factorial, and driven by complicated interactions between different elements.

Excellent Ministers come to understand these interactions, good ones acknowledge they exist and take advice on them, and poor ones persist in a simple linear model of cause and effect that does not represent the real world.

Listening to and balancing competing views

Ministers need to listen to competing views on any given topic and weigh them up in coming to a decision. Ideological blinkers are exactly that: they blind the wearer to elements of the debate that should be taken into account.

For most health policy issues there are at least two sides to the story and often the loudest and most powerful voices are not those which best represent consumer and community interests. Listening to doctors and not patients, insurers and not hospitals, or aged care providers and not care recipients and unions, will not result in good decisions.

Standing up to doctors

Ministers for Health can’t afford to get the powerful medical lobby offside but also shouldn’t be unduly influenced by medical interests when making policy and funding decisions. Being able to work with doctors’ groups, in particular the Australian Medical Association and medical colleges, without acceding to all their demands, is an important skill for a health minister.

In this respect, a medical background can also be a double-edged sword. While it can provide useful background knowledge, it can also lead to capture (or the perception of capture) by the medical lobby.

For this reason, while two of the better ministers in recent years have been doctors (Everingham and Wooldridge), a medical degree should not be seen as a qualification to be Minister for Health. (There is a lot of truth in the joke that the difference between God and a doctor is that God knows she isn’t a doctor. God-like self-esteem is not a good characteristic in a Minister.)

Of course there have been Ministers with non-medical PhDs and this has caused some tension in the past with the medical profession, in particular between the AMA and Neal Blewett. The AMA repeatedly put out press releases which referred to “Dr” Blewett and explained in a footnote that he did not have a medical degree. This lead the Minister to remark that he was in fact a “real” doctor because he had a PhD, making the point that medical doctors are only given this title as a courtesy after completing a bachelors degree.

Working with the Department

The public service plays an important role in our Westminster system of government and the ability to work effectively with the Department of Health can help health ministers succeed in their role. This means accepting that the Department is seeking to support them in making good decisions and protect them from bad ones through the provision of non-partisan independent advice.

Ministers who listen and respect the experience and views from the department (even if they do not ultimately accept their advice) are likely to achieve more than those who ignore their expertise and/or marginalise their role.

Making changes within the health portfolio usually involves political risk and money. Being able to persuade parliamentary and Cabinet colleagues that these risks are worth taking and being able to leverage money out of the Expenditure Review Committee is important. It’s no coincidence that some of the most successful ministers in recent years (Blewett and Wooldridge) had strong support from their prime ministers and were influential within their own parties.

This issue is likely to be particularly important in the future in addressing determinants of health, such as climate change, which occur outside of the health portfolio and require collaborative action across multiple areas of government.

Parliamentary performance is also an important skill for health ministers. While not all major decisions require legislative change, many recent reforms have relied on the ability of ministers to shepherd the passage of legislation through parliament by negotiating and brokering deals with the opposition and crossbench.

Ministers’ ability to perform in question time and parliamentary committees can also be important in raising their profile and promoting their political agenda.

Media skills are crucial for modern politicians as the media (both traditional and social) provides the filter through which politicians communicate with the electorate. A Minister who can use the media effectively has a much greater chance of promoting his or her positions than one who is less skilled in this area.

Engaging with the community via social media can also help ministers get outside of the “Canberra bubble” and avoid policy mis-steps which make sense to bureaucrats and interest groups but which don’t play well with the electorate.

As in all areas of politics, it’s also important to acknowledge that there is a fair amount of luck involved in being a Minister for Health.

Many factors that influence the opportunities ministers get to perform in their role are outside of their control. These include the broader political climate, the longevity of the government and the issues on the political agenda during the minister’s time in office.

Both Mark Butler and Anne Ruston fit the pattern of the past. Both are experienced parliamentarians (15 and 10 years respectively) and experienced Ministers. Butler has directly relevant experience having been Parliamentary Secretary for Health (2009-2010) and Minister for Mental Health and Ageing (2010-2013) in the Rudd/Gillard government.

Ruston does not have direct experience in the health portfolio, apart from recently representing the Minister for Senior Australians and Aged Care Services, Richard Colbeck, at Senate Estimates. However, she has been Minister for Families and Social Services since 2019 and Minister for Women’s Safety since 2021 so has experience with social policy. She has also been a Cabinet Minister since her appointment as a minister and is currently a member of the Government’s Expenditure Review Committee (and Ruston’s horticultural background is closest to the agricultural experience which has been most common among past Ministers.)

Labor and a number of other commentators have attacked Ruston because of comments she made in 2015 about the unsustainability of Medicare. But as Annabel Crabb observed, “Given that this was back in the era when Tony Abbott was trying to slug people $7 to go to the doctor, it’d be a surprise if any go-getting Coalition senator hadn’t said something of this sort”.

In any event, given the response to the Coalition’ last open assault on Medicare in 2014-15, a returned government is unlikely to return to this battlefield any time soon.

Whoever becomes Minister for Health will have to deal with the ongoing COVID pandemic and the impact of post-COVID.

Despite the plethora of national plans and strategies (accompanied by glossy brochures) released over the last decade, a lot of hard work remains to be done in implementing reforms in mental health, aged care, and preventive health.

The current public hospital funding agreement with the states expires in 2025, and negotiations on renewing it will need to begin during the next term of government.

Beyond these obvious tasks, a new Minister will have a largely open field as far as policy development is concerned. There are a number of policy constraints, including:

Major issues within the health sector include growing out-of-pocket costs for people who struggle to afford the cost of care (in particular for allied health, dental care and medical specialists); and entrenched inequity in access to health care and health status affecting a range of groups including Aboriginal and Torres Strait Islander people, people on low incomes, people in rural and remote areas, and people with mental illnesses.

An ambitious Minister could address long overdue structural reforms of the health system, including in areas such as private health insurance. Successive governments have avoided these reforms primarily due to the cost (both political and financial) associated with making changes which would upset powerful interest groups in the health sector.

And a really bold Minister could convince their colleagues to work together to work on the broader social and environmental determinants of health such as poverty, racism, housing, and climate change.