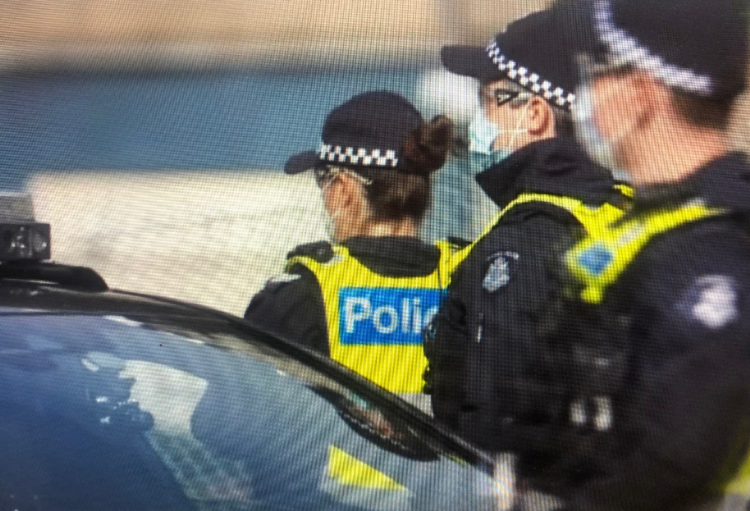 If this is for public health, why does it feel like profiling?

Introduction by Croakey: Health and human rights leaders have expressed alarm at the New South Wales Government’s decision to send in police to ensure COVID-19 restriction compliance in south-western Sydney, when no such action was taken in the more well-heeled eastern suburbs where the outbreak began.

It is as though we have not learned the lessons from the disastrous intervention of police into Melbourne’s 2020 lockdown, writes Dr Tessa Boyd-Caine, CEO of Health Justice Australia.

It was exactly a year ago that “3,000 residents of nine inner-Melbourne public housing towers were detained by the State”, as the Victorian Ombudsman Deborah Glass put it.

Her investigation did not question the need for the lockdown but the manner in which it was done for a group of people who had already endured civil wars and dictatorships before settling in Australia, some even surviving torture at the hands of their former State.

“For them the overwhelming police presence was particularly traumatic. Their distress, when they spoke to us, was palpable,” she reported.

As GP Dr Tim Senior tweeted (see his and other tweets at the bottom of the post):

Sydney’s COVID-19 hotspots are spreading from the east to the south-western suburbs. Announcing a stepping up of policing of the public health orders accordingly, New South Wales police have led the charge with the statement: ‘The virus has shown it doesn’t discriminate and nor do the NSW Police.’

It might play well as a sound bite, but this statement is neither helpful nor true.

It ignores the strong evidence of profiling in policing practice, reflected in the over-policing of populations such as Aboriginal and Torres Strait Islander people and the targeting of identified cohorts such as young people.

There may have been police posted in Sydney’s famous and affluent suburbs of Bondi at the start of the latest lockdown, or Manly when it was locked down over summer. But it didn’t rate a mention by local residents or media.

Yet the current effort is highly visible. On Thursday NSW Police announced ‘deployment of an extra 100 police officers’, including mounted police, in some of Sydney’s most culturally and linguistically diverse communities across Fairfield, Canterbury-Bankstown and Liverpool local government areas.

The impacts of COVID-19 have been highly discriminatory. Low-paid and casualised workers have borne the brunt in jobs they can’t do from home; unable to afford to take sick leave when they show signs of illness or to get vaccinated.

Access to vaccination has highlighted further inequities, for instance among Aboriginal and Torres Strait Islander people.

Meanwhile health practitioners in regional, rural and remote settings have reported that a lack of public messaging has exacerbated their challenge in promoting vaccination locally.

Focus on control and compliance

Yet instead of clear messaging, we see now in Sydney a policing response focused on control and compliance.

It is as though we have not learned the lessons from the disastrous intervention of police into Melbourne’s 2020 lockdown.

When Melbourne identified the severity of the spread of COVID-19 in July last year, its public health response included the drastic step of locking down nine public housing complexes.

Crowded and poorly ventilated housing stock had created a petri dish for the virus to spread among tenants. As televised images showed, the lived experience of this lockdown was not a blanketing of health services to tend to the sick, but a sudden presence of heavy policing blocking people from leaving their homes.

In some cases, health services reported that the police presence blocked health providers delivering medication or other healthcare to residents. Ultimately, the Victorian Ombudsman found the implementation of that lockdown was a breach of Victorians’ human rights.

The clear impression is that policing in the pandemic has targeted culturally and linguistically diverse communities, many of whom already have lived experience of profiling, trauma and oppression at the hands of law enforcement.

Now, as Sydney battles to stop the spread of COVID-19, we are seeing an asserted escalation of police presence in some of Sydney’s most culturally and linguistically diverse communities. If policing compliance with public health measures is such an important part of the public health strategy, why was it not this prominent in the eastern suburbs where the outbreak began?

There is a bitter irony in the increased police presence now, in communities facing a COVID-19 outbreak. Many of those same communities have been fighting racism and prejudice wrought by the pandemic for months, without feeling safe to report those crimes to police.

We can’t ignore the resounding lesson from the pandemic that it is clear public health messages, backed up by culturally appropriate services, that improves access to healthcare and, through that, improved health outcomes.

We need public debate to recognise the inequities that lead to disproportionate impacts of the pandemic.

We need health, social and economic policies to address the underlying drivers of these inequities, from poor quality housing to insecure work.

Until then, policing compliance of public health measures is likely to alienate and isolate communities at a time we need trust and connectedness the most.

Dr Tessa Boyd-Caine, CEO, Health Justice Australia is a criminologist and works with health and legal assistance services across Australia. 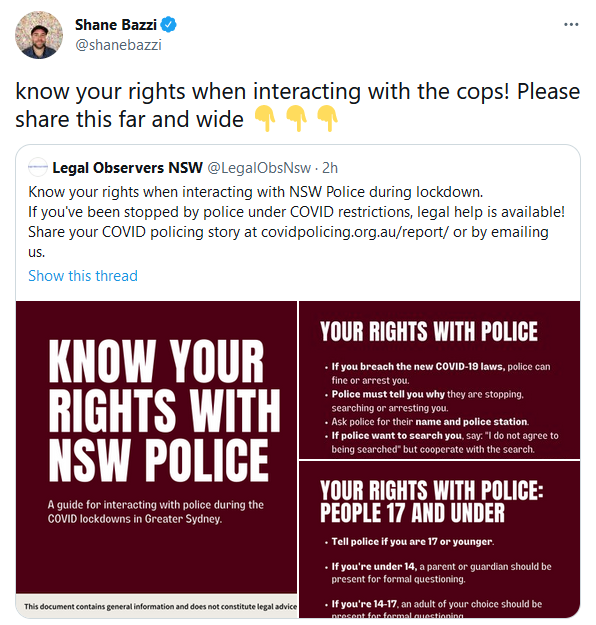 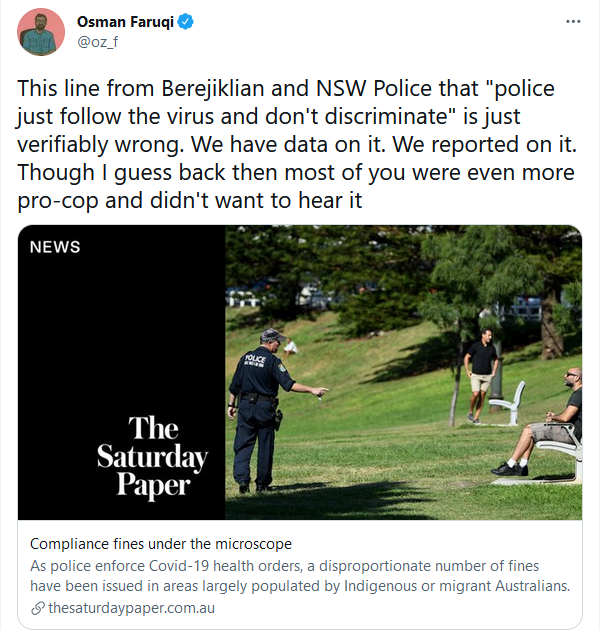 PrevPreviousWhen should mandatory vaccination be on the agenda?
NextLaunching the first Australian-specific glossary on health and climate changeNext