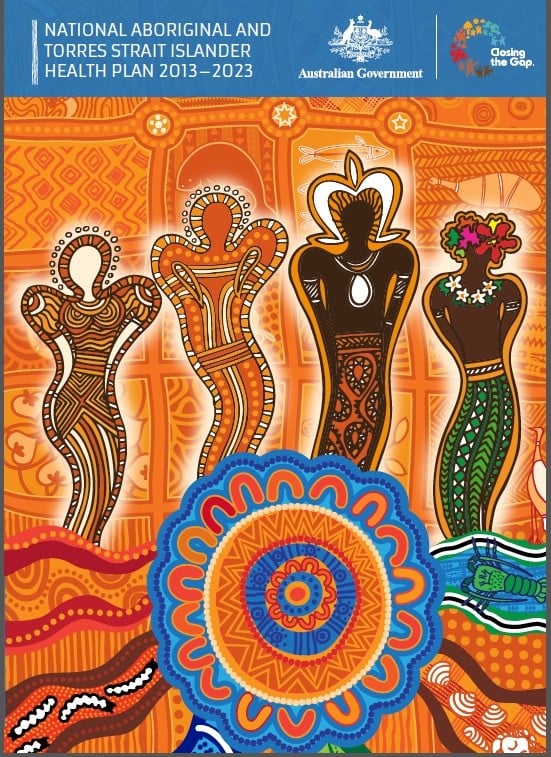 The Australian health system is free of racism and inequality and all Aboriginal and Torres Strait Islander people have access to health services that are effective, high quality, appropriate and affordable. Together with strategies to address social inequalities and determinants of health, this provides the necessary platform to realise health equality by 2031

“The release of this Implementation Plan is an important milestone in Indigenous health and is the result of deep cooperation between the Government and indigenous stakeholders,” Minister Nash said.

Greens senator Rachel Siewert praised the plan for taking into account the underlying effects of poor health.[quote] “We need to be working on the social determinants of health, because the two are so interlinked.” [/quote]

The Implementation Plan includes 20 specific goals which will be used to measure outcomes in Indigenous health. It commits the sector and the Government to increasing the percentage of Aboriginal and Torres Strait Islander children aged 0-4 who have at least one health check a year from 23 to 69 per cent by 2023.

The Plan acknowledges racism as a key determinant of health for Aboriginal and Torres Strait Islander people and notes evidence that racism experienced in the delivery of health services contributes to low levels of access to health services by Aboriginal and Torres Strait Islander people. It focusses on the need to reduce racism throughout the health sector and recommends the following three strategies to achieve this aim:

Response from the sector

Matthew Cooke, Chair of the National Aboriginal Community Controlled Health Organisation (NACCHO) said the goals of the implementation plan aligned with the close the gap targets to see equality in health outcomes within a generation.

[quote]“This is a critical piece of the puzzle to improve the health outcomes for Aboriginal people – a long term, whole of government health implementation plan, from cradle to grave, that recognises the impacts of racism and discrimination inherent in the mainstream health system. We congratulate Minister Fiona Nash on seeing this through – a process started by the former government but broadly informed by the Aboriginal health sector,”[/quote]

Mr Cooke added that the next steps had to be complementary commitment to long-term funding against the implementation plan, outside election cycles, as part of the bi-partisan approach to close the gap.

Summer May Finlay, Yorta Yorta woman and Indigenous health policy analyst, shared her initial thoughts on the Plan with Croakey:

“Overall, the Implementation Plan has remained true to the Health Plan and has a number of positive features. These include: the setting of specific goals; a focus of social and cultural determinants of health; a commitment to work in partnership with Aboriginal and Torres Strait Islander people, organisations and their representative bodies; an emphasis on mental health; the inclusion of fathers in the maternal and parenting section; the recognition of the protective role of culture; the focus on teenagers as a distinct group; and the support for ageing on country.

These are all issues that Aboriginal and Torres Strait Islander communities and organisations have raised with Government as essential to improving the health and well-being of Indigenous Australians.

However, there are a few outstanding questions and important gaps which the Implementation Plan does not address. These issues could potentially undermine the effectiveness of the plan, despite the positives outlined above.

For example, while it is fantastic that the Government plans to work with representative bodies, it will be extremely difficult for NACCHO and their jurisdictional affiliates to advocate freely in the context of their current review, the outcome of which will determine their future funding.

On a related point, it is vital that Aboriginal Community Controlled Organisations (ACCHOs) are involved in determining core services. If this is just done by the Australian Government (as it appears from the outline on page 3) it could undermine self-determination and also be unlikely to reflect the diversity across the sector.

I was also concerned that the section on Addressing Social and Cultural Determinants of Health only mentions the Indigenous Advancement strategy. The lion’s share of health funding comes from the Department of Health but it is not even mentioned in this section. Nor are other departments which would be required to be involved if there was a true focus on social determinants.   The Plan mentions that they will be included in a “revised implantation plan” (page 4) but does not provide any more details. This raises questions about the completeness of the Implementation Plan and whether there will be future changes that are not covered in this document.

Another important issue is support for the important role of leaders (outlined on page 5). For these people to fulfil their roles effectively they will need to be adequately funded to undertake the tasks listed.

It would also be useful to clarify which organisations the indicators (on page 5) will apply to. Currently indicators (such as the national Key Performance indicators) only apply to ACCHOs and Aboriginal Medical Services and not mainstream services. However, to be effective across the spectrum of the health system they need to apply to all services which provide health care to Aboriginal and Torres Strait Islander people.

In relation to mental health, it is vital that programs and services developed at the local level to meet community needs and receive adequate funding.